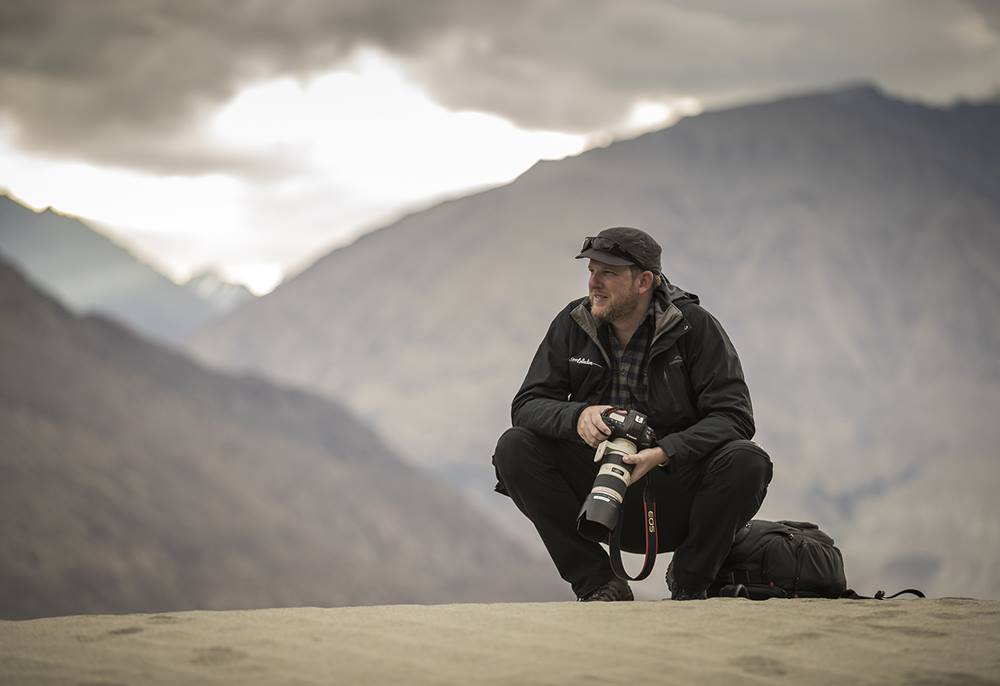 Describe yourself in 25 words or less:  I’m an awarded commercial sports photographer, with a passion for wildlife, nature and underwater photographic adventures.

Tell us about your photography journey so far:

It all began for me with my first 35mm Canon compact camera in 1992. After shooting a 24 roll of cloud formations, my parents decided I should only be given the camera in a supervised manner.

By the time digital began to bite in the late 90's I’d enrolled in photographic studies and had my apprenticeship in the dark room with film. In the early 2000's I’d finished my studies and became very handy with my first EOS 10D. Over time my portfolio grew, and my taste for better camera gear grew. 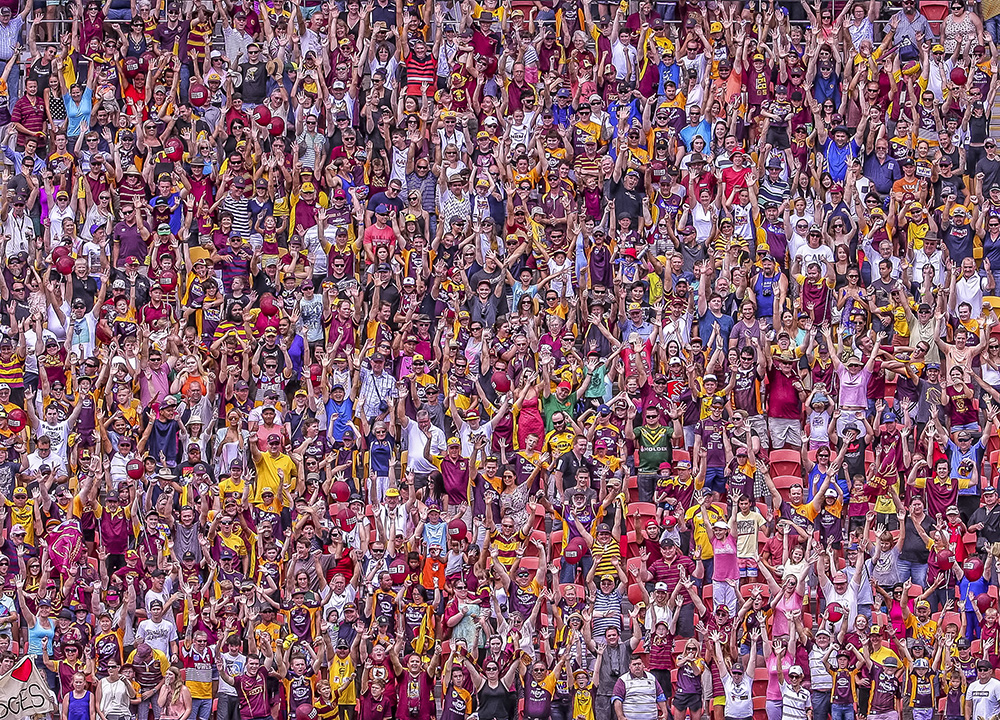 In 2006 I joined Canon as an account representative trying to bridge the gap between specs and consumer needs.  In 2013 I was lucky enough to become one of the first three ambassadors named as the Canon Collective.

I hold a current Associate Membership to the Australian Institute of Professional Photography, and hold the title of APP - AAIPP.

I've been very fortunate to be able to grow into my role at Canon. Although known mainly for my sporting background, I’m now very keenly pursuing a travel, nature and wildlife photographic path.

Share the story behind one of your most memorable photographs: 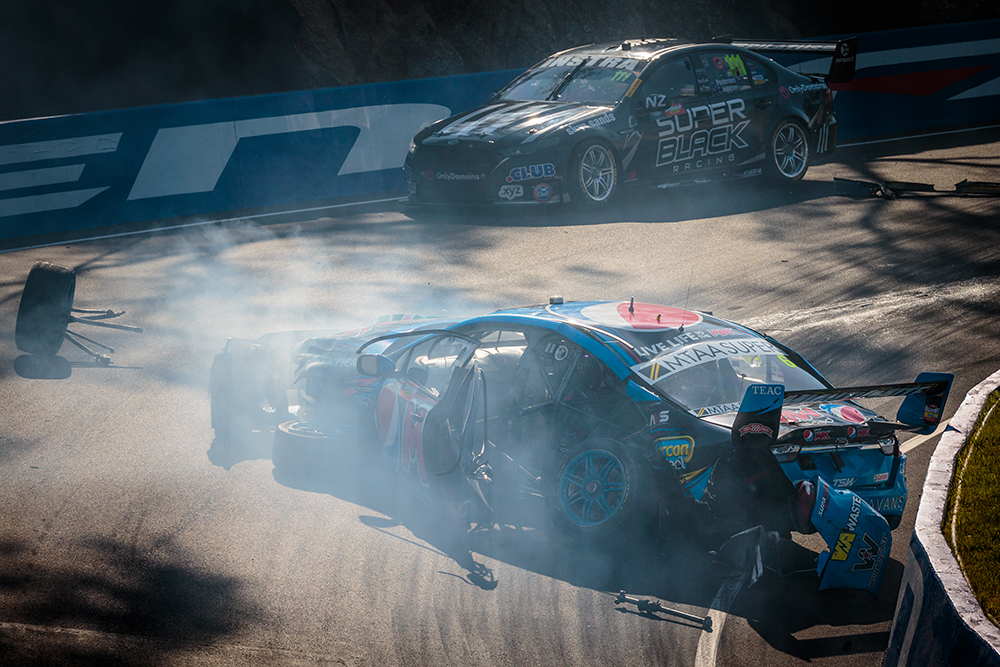 My most memorable image would be Chaz Mostert's accident during a Friday session, late in the afternoon at Bathurst in 2015. Part of being a sports photographer is to shoot to a brief, or a shot list. Once you've nailed your list you get creative.

On this day I decided to head to Forest Elbow to capture late afternoon silhouettes and get shots no one else would—I knew I’d be the only photographer there that late in the afternoon.

With a huge roar from the crowd and the sound of metal impacting the concrete walls, Chaz's falcon appeared into my frame in the air and up the wall, destroying the catch fencing and ripping the car to pieces. I let her rip—the 1D-X firing 12fps—until I the hit buffer. I captured over 150 frames of his car impacting and sliding down the hill until it came to a complete halt mid corner, smoking and missing a few wheels. The panic moment had occurred which was followed by silence as the crowd ran down the mountain to see the wreck as it lay.

So many moments are of celebration and happiness in my chosen photographic field, but this was a stark reminder that motorsports is dangerous and it’s not all good times. It was a very sombre and quiet afternoon that day, ill never forget the feeling going back to our accommodation that night wondering if tomorrow will be a brighter day.

Explain your go-to gear and why you rate it so highly:

These days I have two go to bodies: the 5D Mark IV and 1D-X Mark II.

I rate the 1D-X Mark II as the king of the hill for many reasons, but in essence it can do anything, anywhere, anytime. It's truly a tank of a beast with the performance to match, and weather sealing second-to-none. It can shoot in all conditions and often works faster than I can, so it’s up to any challenge and is a highly accurate piece of kit. This is my go-to sporting, birding and wet weather camera, for when things happen fast and the environment is against you. 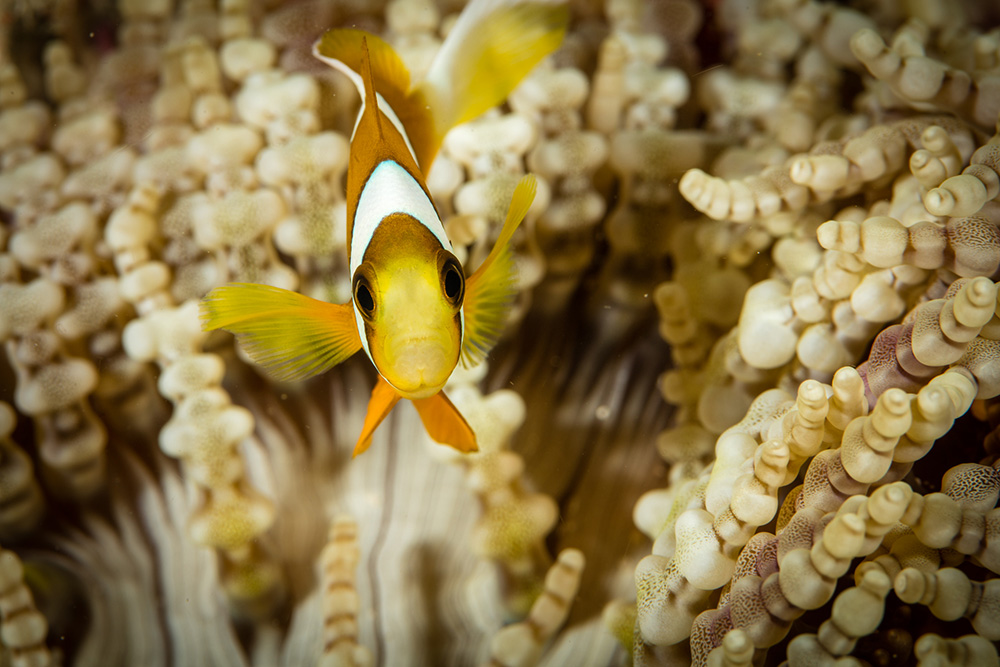 The 5D Mark IV is the body I'd own if I could only pick one. The resolution on this camera and signal-to-noise ratio is unbelievable. Every photographic adventure can be documented using this body, and with great consumer features like GPS and WIFI built-in, it’s everything a modern travel photographer/blogger could want. The size also makes it my go-to underwater camera, because size matters. The 5D housings are far more manageable when snorkelling and diving.

What's your favourite part of your job as a Canon Collective Ambassador?

Variety! Everyday we’re on a different adventure meeting new people. We get to exercise our experience to offer opportunities to people wanting to learn. Nothing beats the smile and thankyou from someone you’ve only just met hours earlier. Honestly it's the happiness and satisfaction in providing the community with valuable workshops and events that makes the days highly rewarding for me. 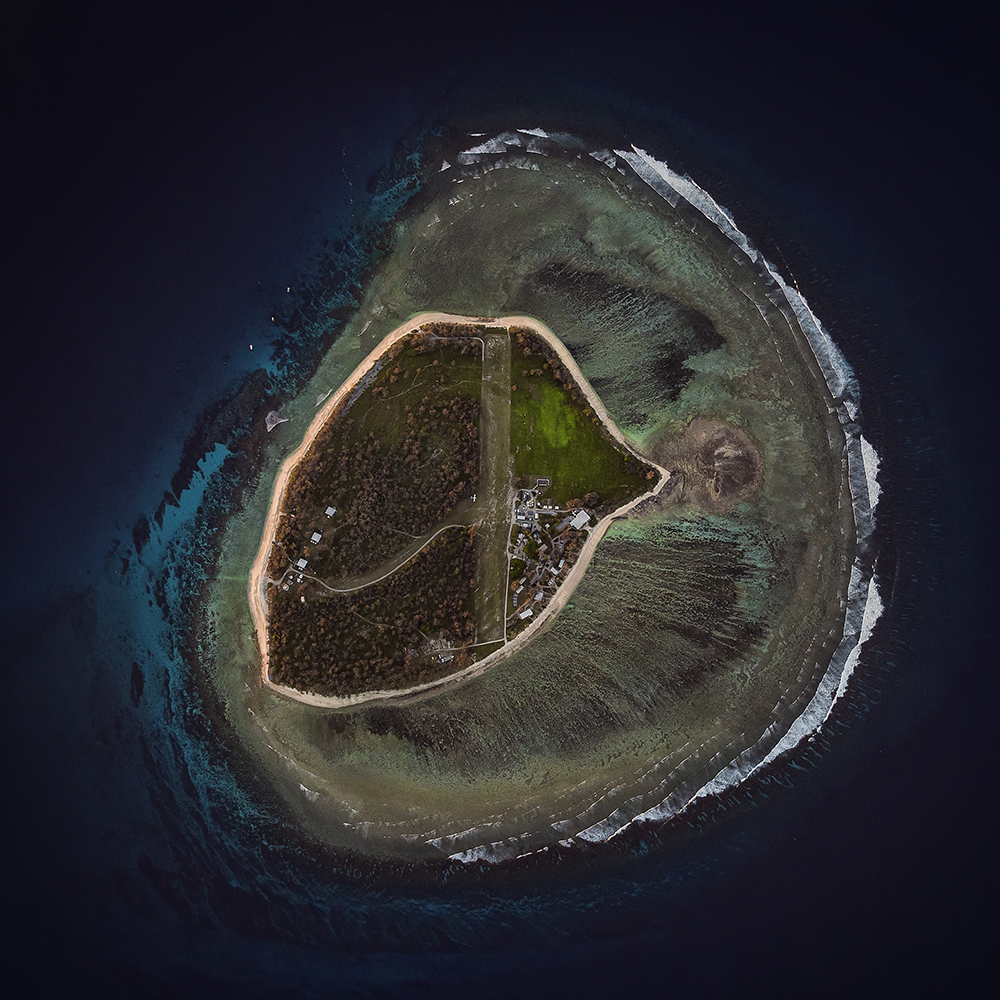 If you weren't a Canon Collective Ambassador what would you be doing?

Probably still working within Canon in our consumer sales division, supporting and training sales staff in photographic retailers. Our partners are very important to us. Often they’re the first port of call for consumers with a problem or who are seeking advice. It's important that these touch points are highly skilled and professional also. I felt great satisfaction helping our retailers help the greater community prior to the Canon Collective being formed.

What's the first thing a new photographer needs to learn?

You need to arrive at a location and stare at it for at least a minute or two before pulling the trigger. Look at your scene: think about where the light is falling, what are the highlights and shadows doing from this angle, is there a point of interest, what are you trying to achieve here, what's your story? 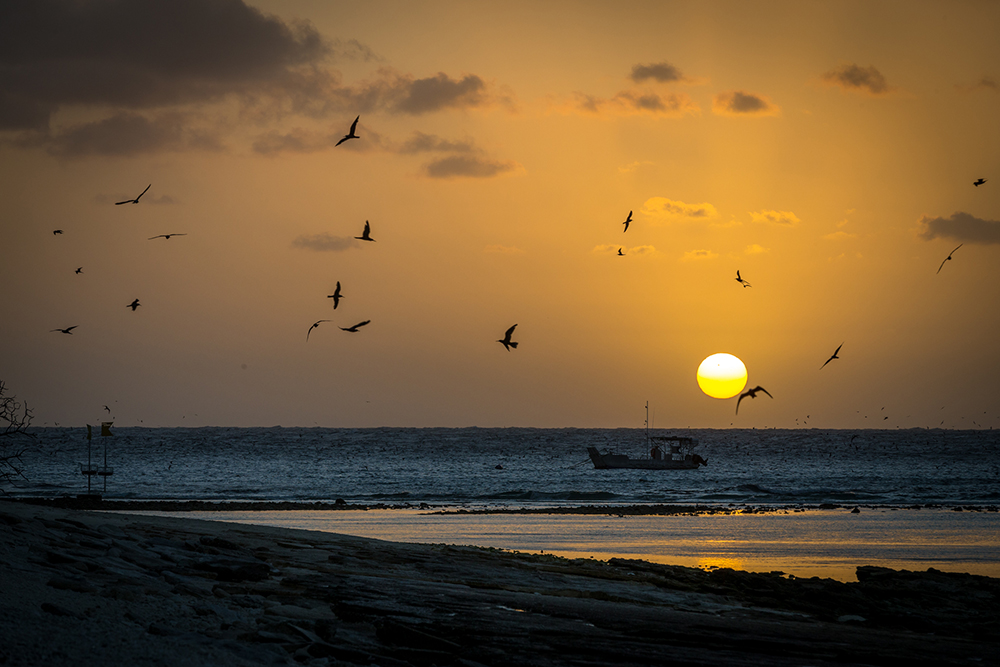 Simply pointing and hitting the shutter probably won’t really convey a story to the viewer. Put some thought into your image and think about what you're trying to capture. Then use your photographic skills and knowledge to apply your artistic flavour to the image in-camera.

My family have a huge influence on my adventures, and my children love my underwater and land-based wildlife images. They get a big kick out of seeing a turtle munching on a jellyfish or a lion cub playing in the long African grass. It forms questions in their minds and it makes me want to go out capture more and share more unique stories with them. 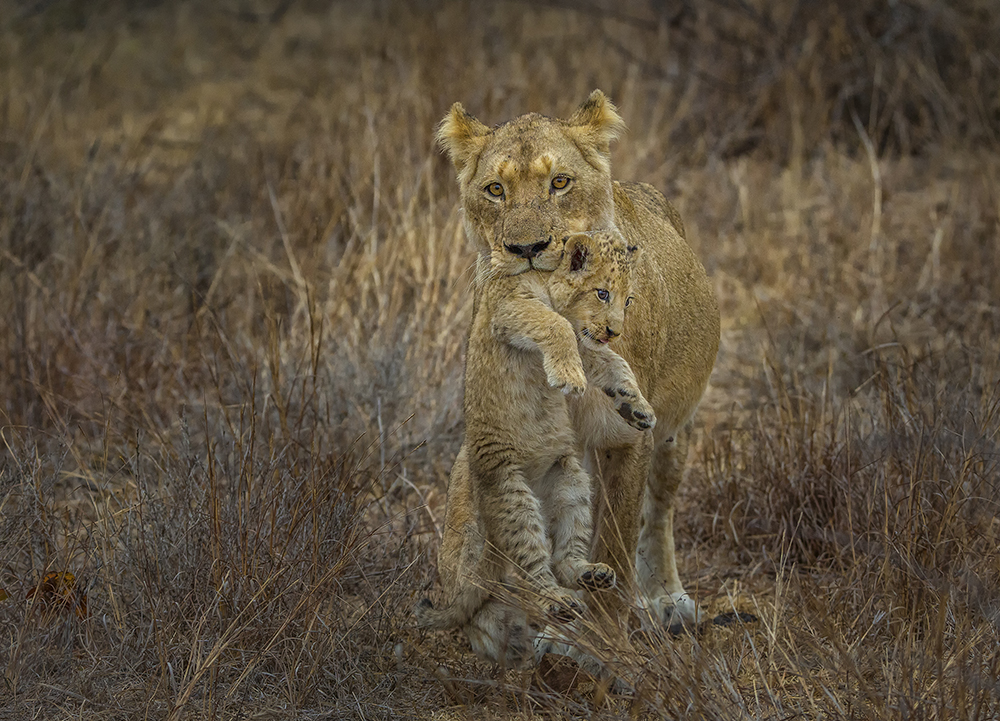 Sometimes I take a shot and think, “my daughters are going to love this one, wish they were here”.

Suncorp Stadium is a staple favourite: a packed crowd with the home team winning always causes an eruption of excitement. It's infectious and it sends a shiver down your spine. Being a big fan of the NRL and Rugby codes for years, it's always a thrill taking the field to capture A-Grade sports equipped with a pair of 1D-X Mark IIs and a telephoto lens. If I could bottle the feeling I would. The best I can do is share that experience through Canon Collective events. 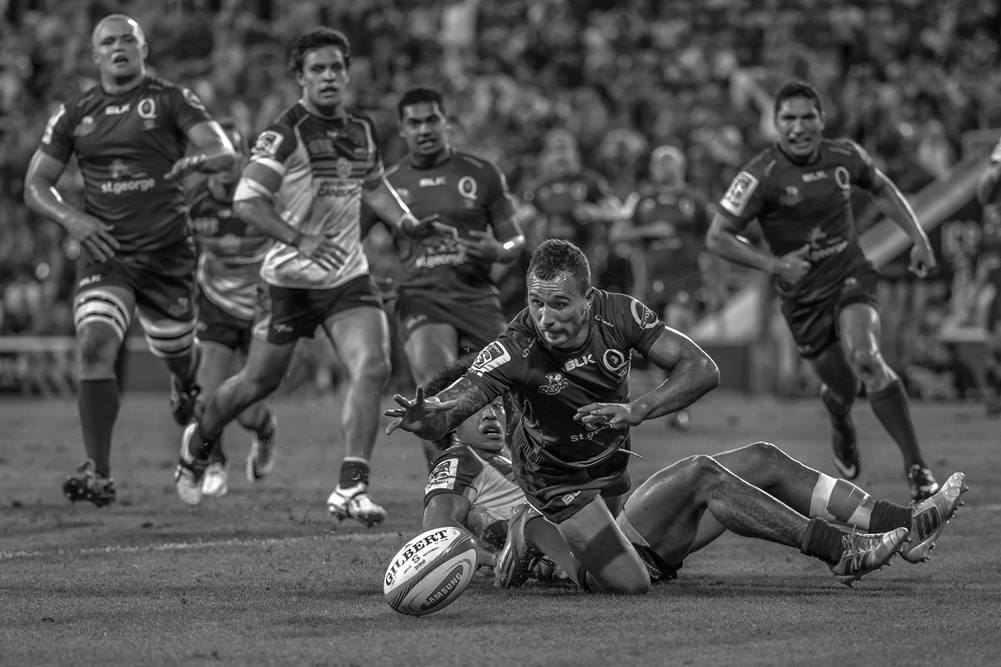 You can create one more image before you die — what’s it of?

I’d love to travel the F1 circuit for a season as a team photographer — on any team, it wouldn't matter. The combination of travel, colour, food, excitement, motorsport at the highest level, and the class associated with F1, would be an absolute dream come true.
View more Canon Collective Ambassadors