Girt By Sea: Australia as never before seen

Girt. It’s surely the most obscure word to land in a national anthem. The Brits sing of a poetic love of their Queen, the Americans their flag and the French, well, they have the most rousing of all – even if it’s a brutal war cry. As Australians, we get ‘girt’.

But what that one word does – beyond cock a collective eyebrow of nations not familiar – is immediate and all-powerful. For it prods and stirs a very real sense of pride for a vast country that’s not only girt by sea, but mesmerising in its many unique faces. 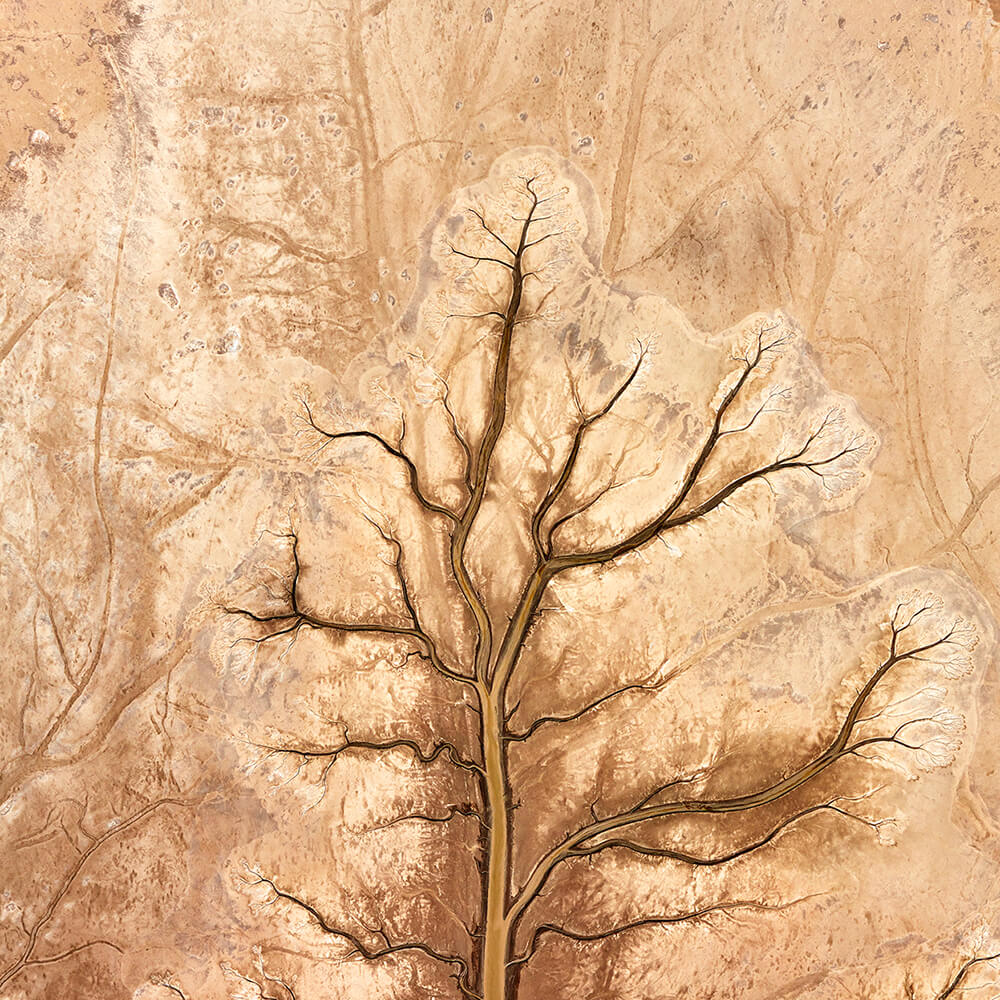 It’s also a word that acts as a firm metaphor for the pair’s most recent adventure. Packed into a Cessna 210, the duo took flight to circumnavigate the Australian coastline on a 31-day trip, documenting the land in and around meandering and ever-changing coastlines.

For Glennon, part of the journey’s appeal lay in the very simple fact such expansive aerial documentation hadn’t before been achieved. “This started as a dream – and what really triggered it was that it hadn’t been done before,” says Glennon. “That was a big attraction to me.” The resulting imagery – captured as they flew anti-clockwise around the country, starting and ending at Jandakot, Western Australia – is truly stirring; colours and textures of the natural land and waters below bleeding into awe-inspiring abstract forms.

“Every moment in the air was looking out and being amazed by the ever-changing shape of our coast,” offers Hewitt. “It changes in shape and in texture – we see the ocean made up of two different currents; parts of the Northern Territory with milky brown waters mixing with turquoise into a whirlpool four kilometres wide.” 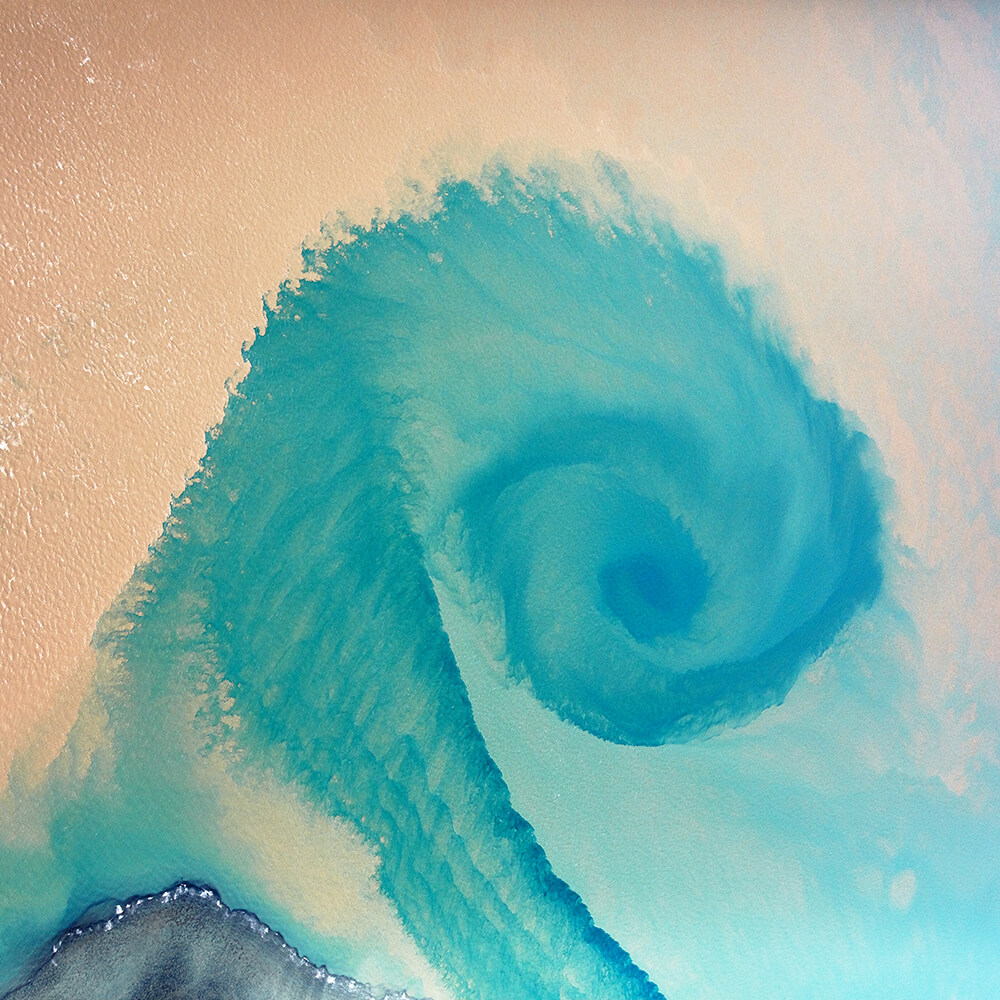 It’s Australia as never before been seen; photography that lovingly delivers a unique presentation of country and which stirs an immediate and emotional response. “I certainly believe these are images that cause people to stop and say ‘wow’,” states Glennon.

The 34,213km journey mirrors the exploration of the intrepid first explorers and their record of largely inhospitable regions. Because like those 19th century wanderers, Hewitt and Glennon did not set out with a neatly packed agenda – rather, they worked reactively, guided by what they discovered. “Google Earth will never predict [this] and so you’ve got to react to it,” says Glennon. “You know, ‘get the plane up, quick, quick, quick.”

Largely shooting with a prime lens, Hewitt says it was about utilising the plane to move closer and further from the coast, as desired. It means resulting images shot from as high as 7788ft and a mere 500ft from the ground. “You need to have a very good relationship with the pilot,” says Hewitt. “To get as much as you can without being put in danger.”

What started as a dream between two self-described “ordinary” men is now a tangible and beautiful photographic collection – a unique exploration of Australia. “’Girt by Sea’ started as an ambitious dream and now it's a lived experience,” adds Hewitt. “More than that, the collection means that we can now hold the understanding of those three words in our hands.” 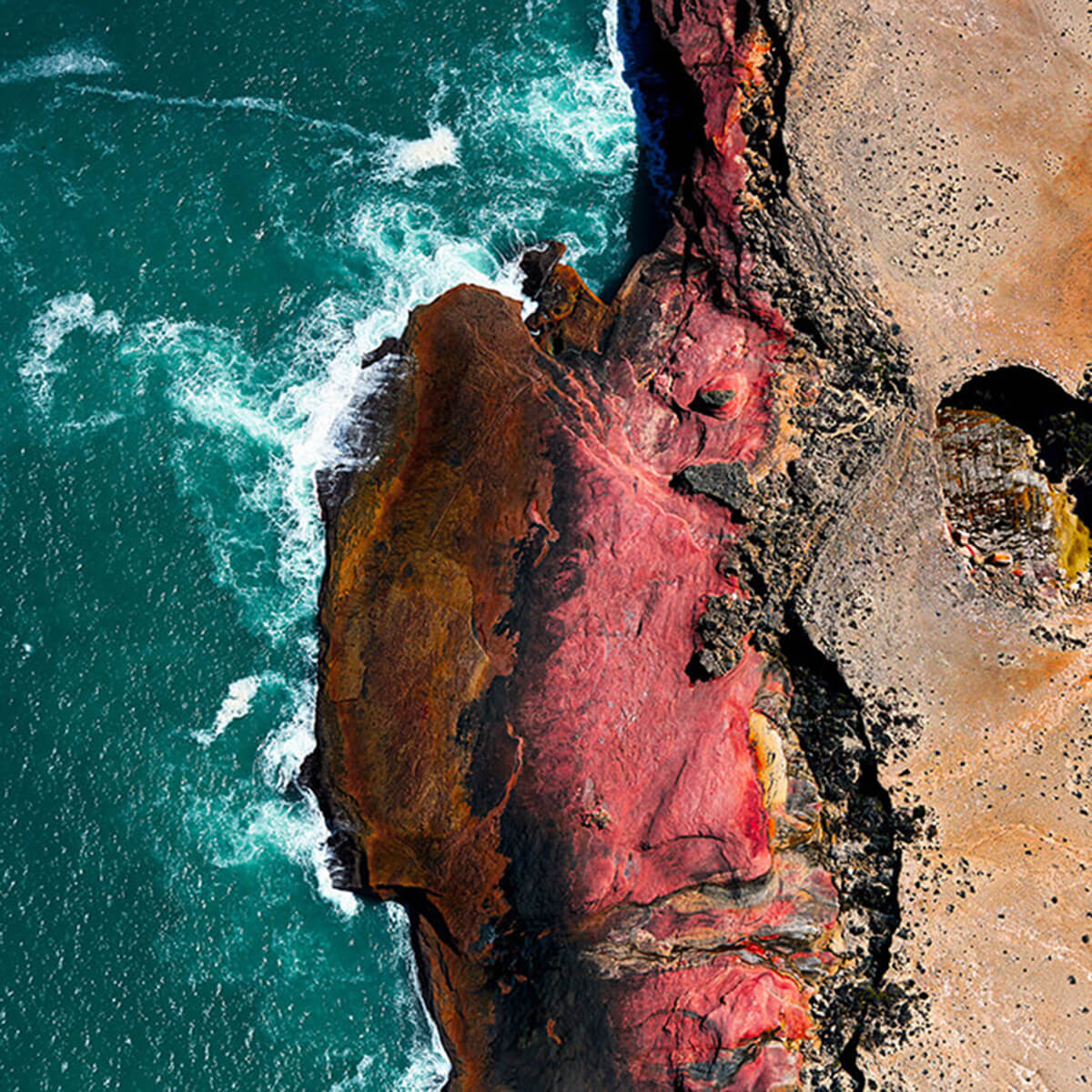 Each photograph in this stunning collection of 100 aerial images of the Australian coastline, is captured and reproduced in rich detail for you to own.