Behind The Image: Austr-alien Landscape

The brief we received at the Canon Light Awards LIVE Adelaide Masterclass on Saturday morning was “Austr-alien: show a familiar landscape in an unfamiliar way”.

I left the Masterclass session with three thoughts in mind:

• find the most familiar place in Adelaide, somewhere that everyone living here or visiting this city has certainly seen;
• think and see like an alien, so change colours, or even better, use black and white;
• and dare a bit, but at the same time be simple and stick to my way of taking photos using natural light, handheld camera, with minimal or no post-production.

My camera didn’t have double exposure function and I only had two standard lenses with me, which I’d bought as part of a kit with the camera a few years ago.

Twenty minutes after the end of the workshop, I was in Rundle Mall. I began shooting photos of distorted perspectives reflected in the giant silver balls in the middle of the mall, but they appeared too obvious.

I thought that an alien would fly to get here, so to suggest an idea of movement I began playing with the zoom.

I kept a small aperture of f22, a 1/15 second shutter speed, and then with one hand I began shooting at high speed, while zooming the lens using the other.

I tried a few times until I got what I wanted: a slightly overexposed central perspective of Rundle Mall with blurred images of buildings on the two sides, pedestrians in the low part, and street lights that seem hanging to the sky on the top.

This was the most experimental photograph I took during the 24 hours we had to complete the assignment. And it was shot almost immediately after the Masterclass, when the ideas we were suggested by Jakie Ranken and Mike Langford were still fresh in my mind. 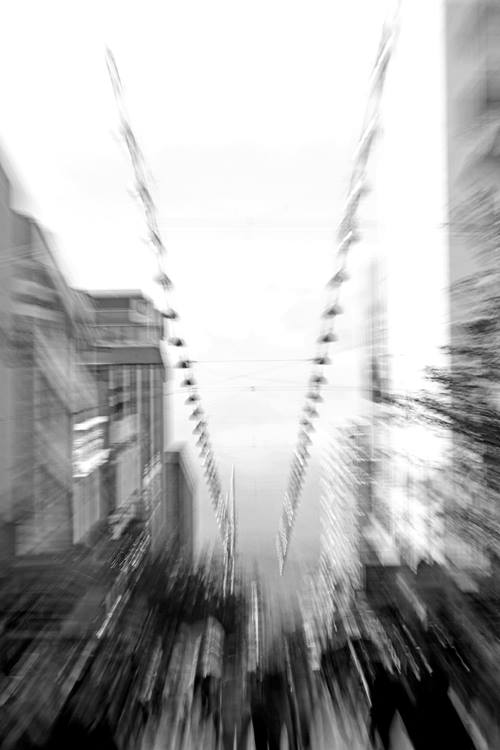 I enjoyed every single minute I spent out there with my camera, trying to look at my city as I’d never done before

This challenge allowed me to realise how many things, places, and buildings I take for granted—I often fail to even notice them. It opened my eyes to what’s around me every day. The time limit forced me to stay concentrated, and forget about anything else for a few productive hours.

What I learned at this Masterclass session is the benefit of thinking about what we want to capture and communicate before we start shooting. It helps save time and energy, better interpret what we see, get inspiration, and stay focussed.

Most importantly I realised that being out with my camera for hours, just with photography in mind, is something terribly addictive and fascinating, which I want to try again. Have a great Canon Light Awards LIVE experience!