Behind the Image: Flying High Over Moreton Island

I’ve been to Canon events before – the first when I was 14 years old — and really enjoyed them — so when I saw they were heading to Tangalooma on Moreton Island, I couldn’t resist. It’s such a beautiful place.

This trip was the first time I’ve stayed on the island. Waking up metres away from the beautiful ocean and beach is something I’ll never forget.

This particular image was shot during my favourite part of the trip: the helicopter flight. 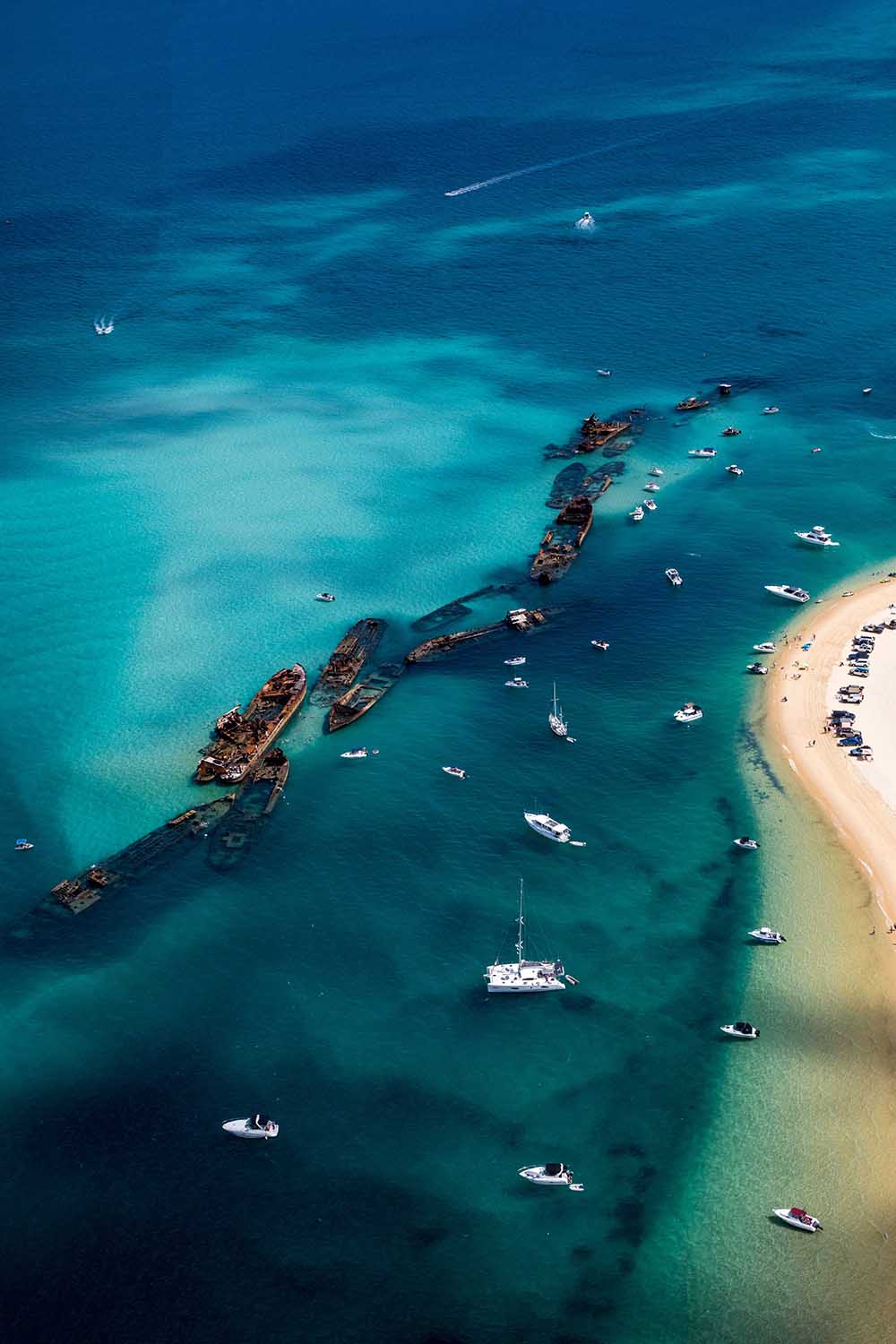 It was my first time shooting in a chopper with the doors off — it makes such a massive difference, not only to the quality of the photos, but to the experience in general.

It was my first time shooting in a chopper with the doors off — it makes such a massive difference, not only to the quality of the photos, but to the experience in general.

I really wanted to create an image that would show the sheer size of the island. When you’re up in the air you see photo-ops everywhere — angles that just can’t be seen from ground level.

I had to take into consideration that we were moving at a very fast speed. My shutter speed had to be at least 1/2000 of a second to eliminate any motion blur. I used a wide-angle lens to capture as much as possible to really show how beautiful the wrecks are. Not much post processing was needed because the colours were already so vibrant — especially the water, it really was that crystal clear.

Reilly’s started his photography journey when he was twelve on a holiday in New Zealand where he taught himself basic settings. At the age of fourteen, he took this hobby seriously by going on a one-week photography tour with the Canon Collective to Lady Elliot Island in 2015.

“My camera knowledge has increased immensely, none of this would have been possible if it wasn’t for the Canon team and how much effort they put into every single event I have attended. I am very excited to see what the next couple of years will bring.”