In Search of Mount Paris Dam with Helen Holdsworth

I was travelling in Tasmania for two weeks and— like any photography enthusiast— I’d done some research before my trip on places I wanted to visit. When I came across photos of Mount Paris Dam it immediately jumped to the top of my hit list. It was decommissioned in 1965—twenty years later holes were blasted through the walls to reclaim the natural river flow. I’m an engineer and nature lover, so this place ticked all the boxes. I also enjoy getting lost, which is exactly what happened when we tried to find this place.

When I came across photos of Mount Paris Dam it immediately jumped to the top of my hit list.

I was with two friends and I didn’t fully research how to get to the dam—we foolishly relied on Google Maps to point the way. The road we had to use was unsealed, with several smaller dirt tracks connecting to it. And since we were in rental cars we didn’t want to drive down the smaller dirt tracks. So when we got as close as possible to the dot on Google Maps we parked our cars and started walking. At that point, Google said the dam was about two kilometres away.

Not so. We ended up walking six kilometres all up, trying unsuccessfully to find the dam. Worst of all we had no reception! We eventually decided to walk back to cars and drive the rest of the way. No joke, a further three kilometres along the road we found a homemade sign pointing in the direction of the dam. Thank you Google for that unexpected hike.

We found a homemade sign pointing in the direction of the dam.

In the end the hike was a blessing in disguise. It chewed up time, which we would have spent waiting for sunset. Originally I planned on waiting for sunset to cast an even light on the dam walls. I actually ended up catching the last rays of sun, which helped highlight the buttes of the dam. At the end of the day we had a good chuckle about getting lost, and we’ll keep the lasting memory behind the photo. 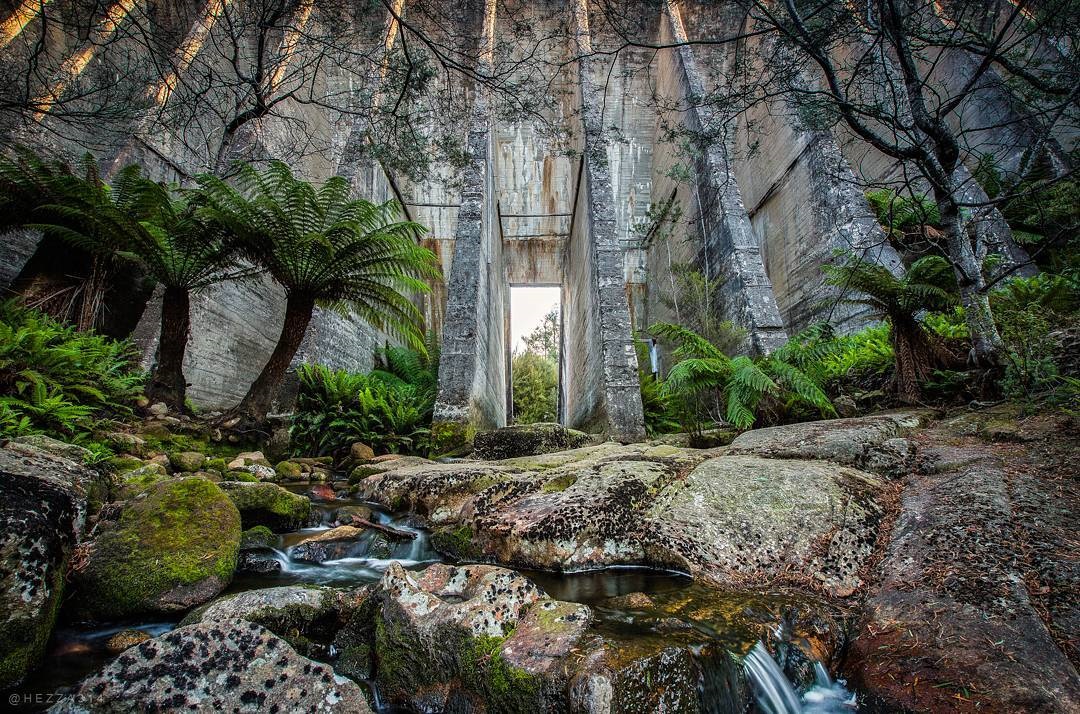 Helen captured this image during the Canon Collective Tasmania Festival. See more of her images, and others from the festival here.
Back to Stories
Don't miss these inspiring stories, events and tips
SHARE THIS PAGE