Chris is a pretty tall fellow, so he's used to having a spectacular view of his surroundings. But, his daily view—sitting at a height of nearly two metres—doesn't compare to what he saw from a chopper last year during Vivid Sydney.

Not only did he witness a completely unique perspective of one of Australia's most colourful cities, he saw Sydney performing in all its dazzling, neon glory. This selection of aerial photography, captured by Chris during the helicopter flight, sums up his experience nicely. 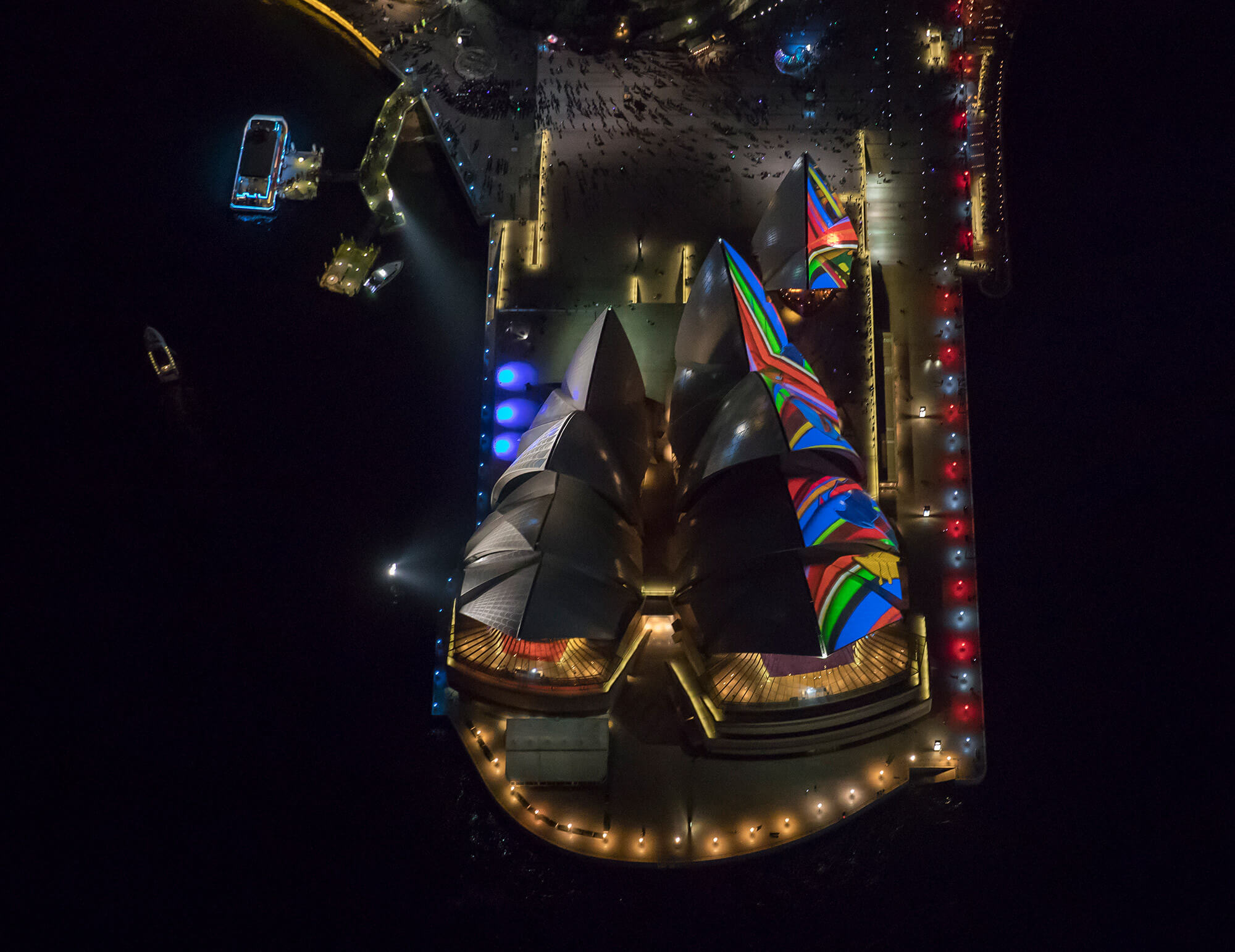 "This is my favourite image of the night. I’d only just returned from a work trip to the bright lights of Las Vegas, and the moment I hovered over the Opera House I was captivated by the lines of coloured lights forming that psychedelic perimeter around the iconic landmark. They transform the Opera House into a Vegas-esque neon sign when viewed from above. It’s a view of this Sydney staple that I’ve never seen before, so I’m so glad I captured it. But it wasn’t easy. To get that clear vertical point of view, I was at the extreme end of my harness, well and truly outside of the helicopter getting completely buffeted by the wind with just one foot on the side skids of the chopper!" 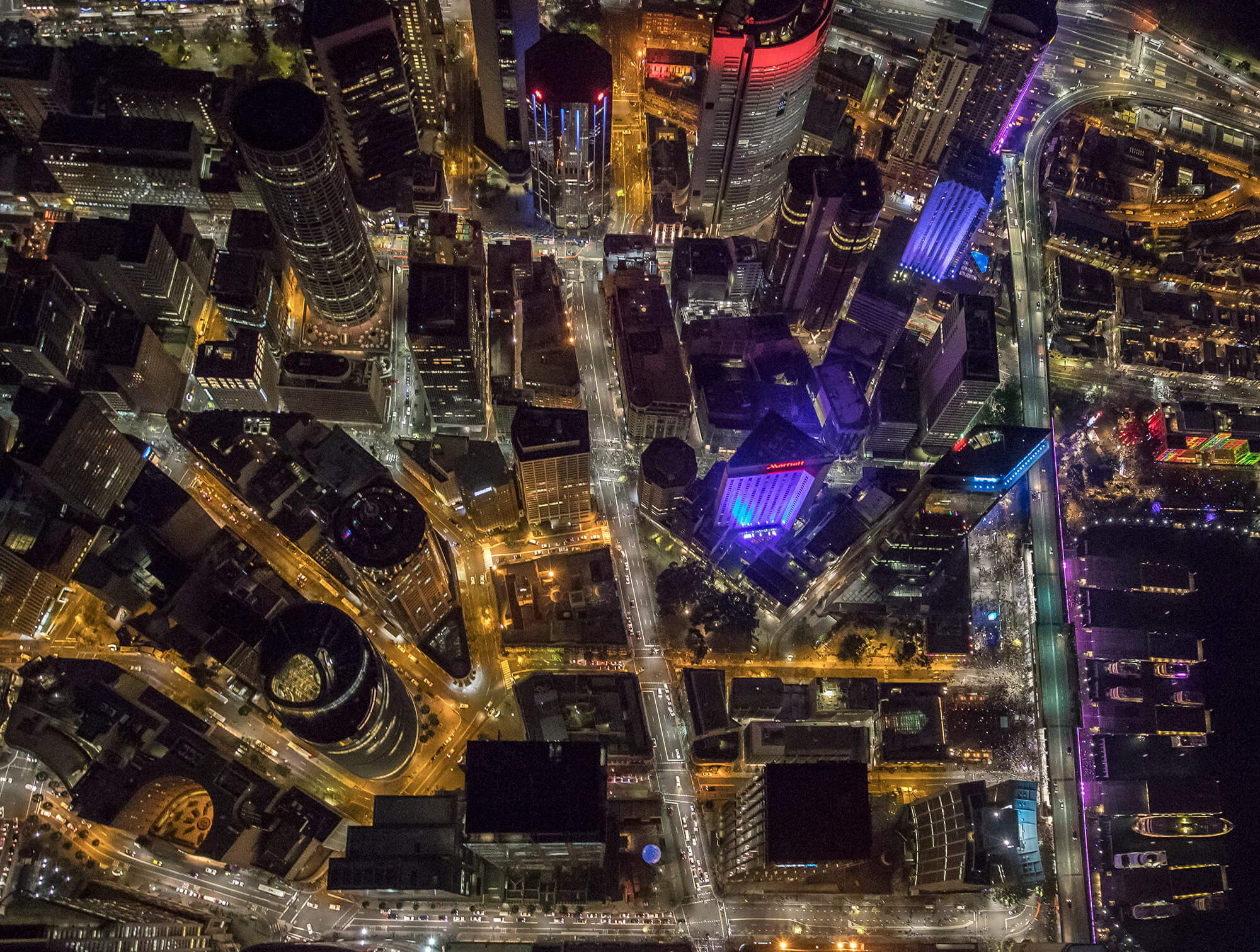 "I love the way this image completely de-scales the enormity of the buildings. Instead of a cityscape, it reminds me more of looking directly down a microscope. The roads and walkways appear like arteries and veins circulating fuel around the city. Those cars and people look like blood cells in those vessels… supplying energy to the city. Even the ferries in the bottom right hand corner are injecting more people into the mix. Quite seriously, this shot gives me a little bit of vertigo just looking at it." 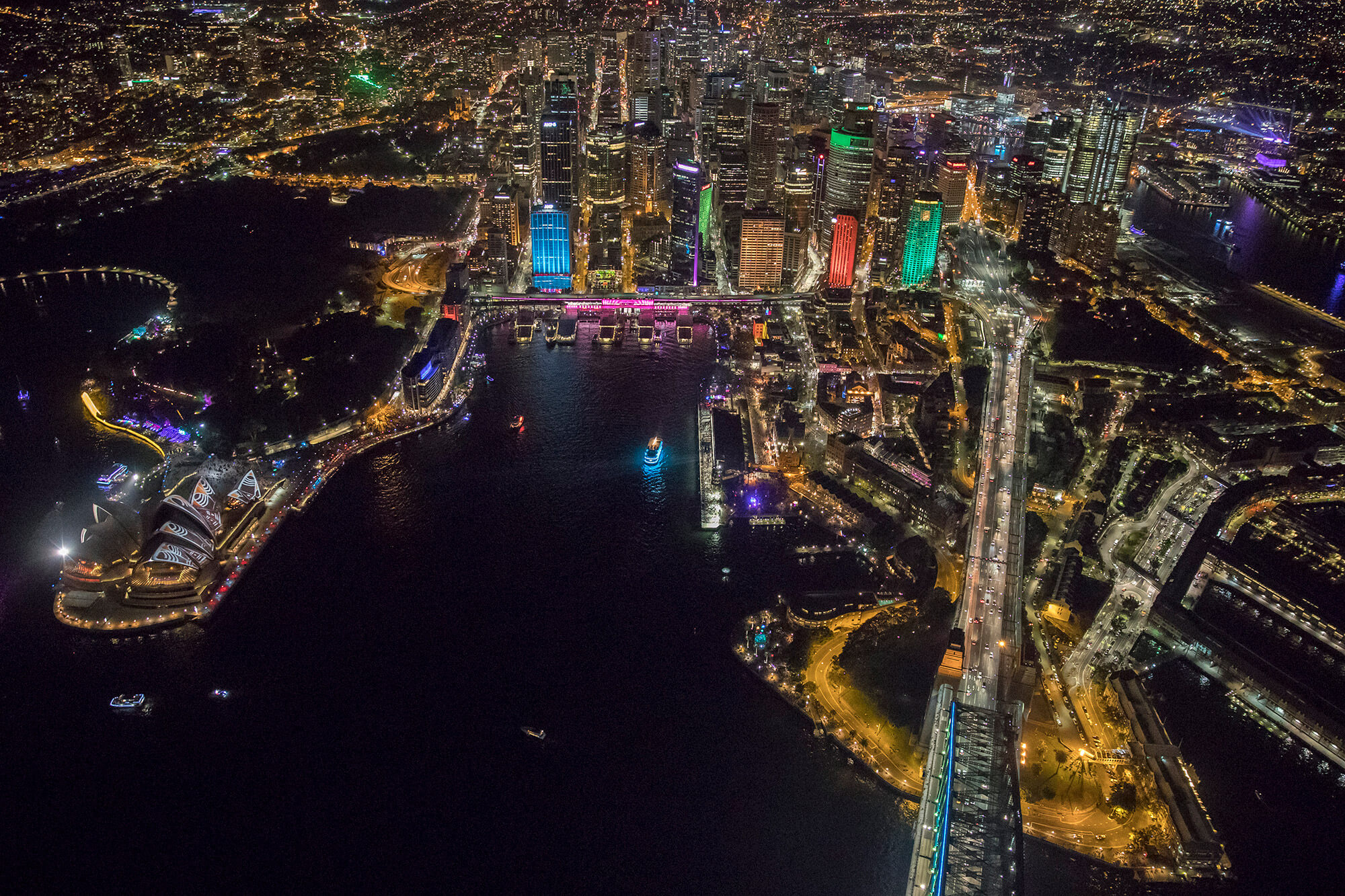 "I didn’t grow up in Sydney. Every trip to the big smoke I was blown away by the size and scale of the city. Driving from the Hunter Valley meant my first glimpse of the city was always from the Harbour Bridge. In this shot, I’ve captured the same sights from a slightly different perspective… this time from directly above the bridge." 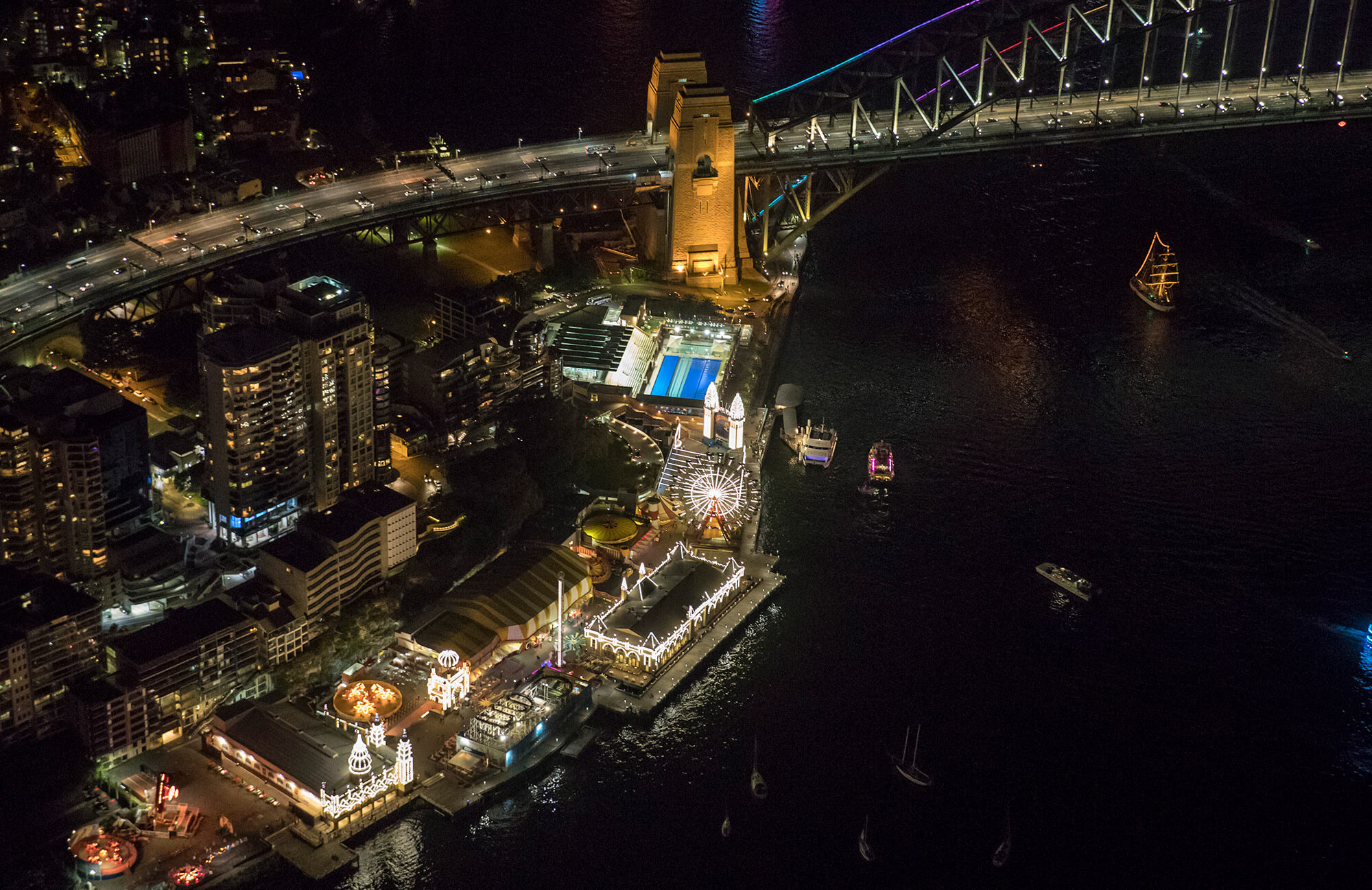 "For years, Luna Park was Sydney’s permanent answer to Vivid. It’s coloured lights and sideshow alleys lit up this corner of the harbour. And while the other side of the water might shine a little brighter, there’s still some majesty in what this old amusement park has to offer."

The Canon Collective have some exciting events planned for this year's Vivid Sydney, check them out here.