The photo that changed me

Marina McDonald has a story of hope and inspiration and how, through life’s obstacles, we can find our life’s passion. In Marina’s case, it was a passion that had brought happiness in her youth, but had been let go over time.

Marina McDonald was diagnosed with breast cancer in 2013. What followed was nearly a year of harrowing treatment – three surgeries (including a double mastectomy), five months of intense chemotherapy, and 26 sessions over two months of radiotherapy.

Marina, who is a mother of a ten-year-old boy and a seven-year-old girl, is thankfully now in remission.

Yet out of this experience came something positive – Marina’s passion for photography was reignited. During her treatment, she had been involved in online support groups and had heard about women who’d survived cancer being involved in a photo shoot, capturing their post-surgery images. Right away, Marina decided she wanted to be involved too. Canon’s Shine project provided the opportunity and her photographer was journalist Lisa Wilkinson

“It was a very relaxed environment and then Lisa came in for the photo shoot. I figured I’d be fine in her hands and I just followed her directions. She was amazing and made me feel so relaxed.”

It was such a positive experience because I didn’t feel there was any pressure on me. 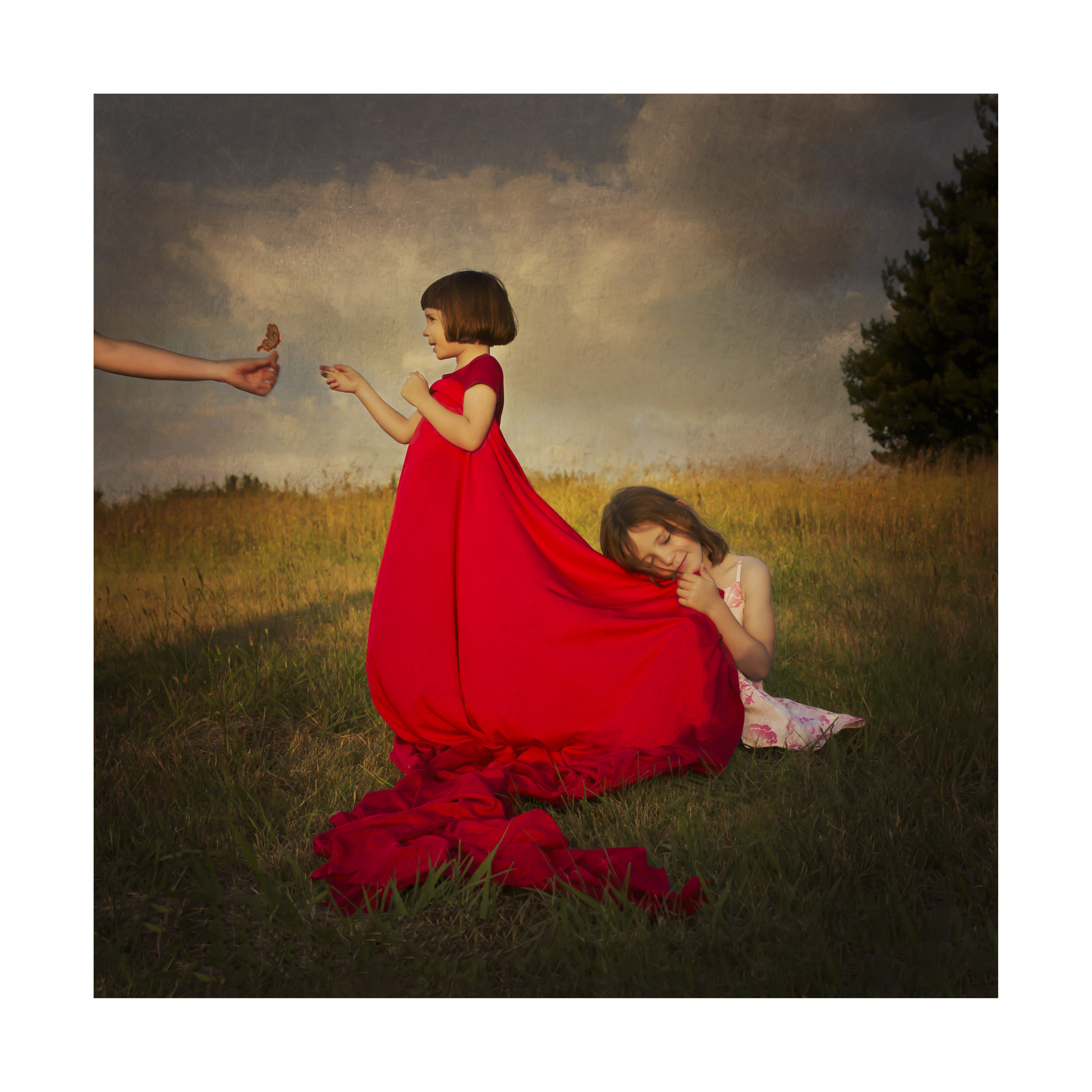 It was during that shoot that Marina picked up a camera again. At that moment, she was immediately taken back to the days when, as a twelve-year-old, she would join her father, taking landscape photos. It was a special time between them and she realised photography was a love she had never quite let go.

In 2014, saying ‘Yes’ to the Shine project with Lisa Wilkinson would later prove to be a moment that completely changed Marina’s life. Marina committed to a New Year’s resolution that 2015 would be her ‘Year of Yes’. She wanted to grow her photographic work, but was finding that nerves were holding her back. So she decided to say ‘Yes’ to all photographic opportunities that came her way. 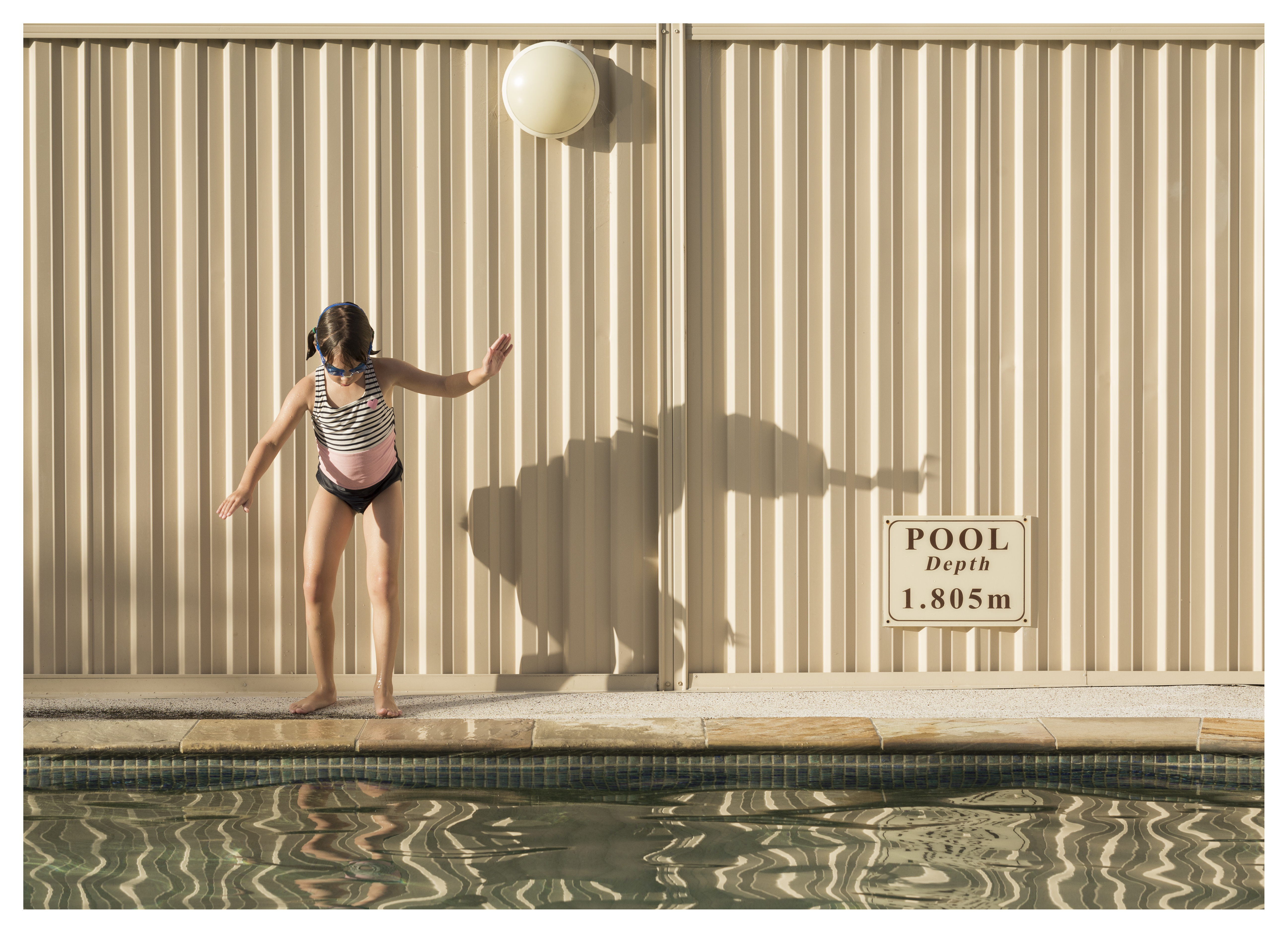 ‘Poolside Prancing’ by Marina McDonald. This image shows my daughter, Sydney Marie, prancing by the side of the pool down the deep end, trying to pluck up the courage to jump in.

In photography, Marina found a wonderful creative outlet and a way to immerse herself in something that she loves. Landscape photography combines her love of photography and being outdoors, which has always been an important part of her life.

“The best time of day for landscape photography is golden hour, which is around sunrise and sunset, so it is a beautiful time to be outside. It is a chance for me to appreciate the beauty in my surrounds and to forget about any external stresses in my life."

It has opened my eyes to appreciating what is around me now, rather than worrying about what the future might hold. I guess it is a form of mindfulness. 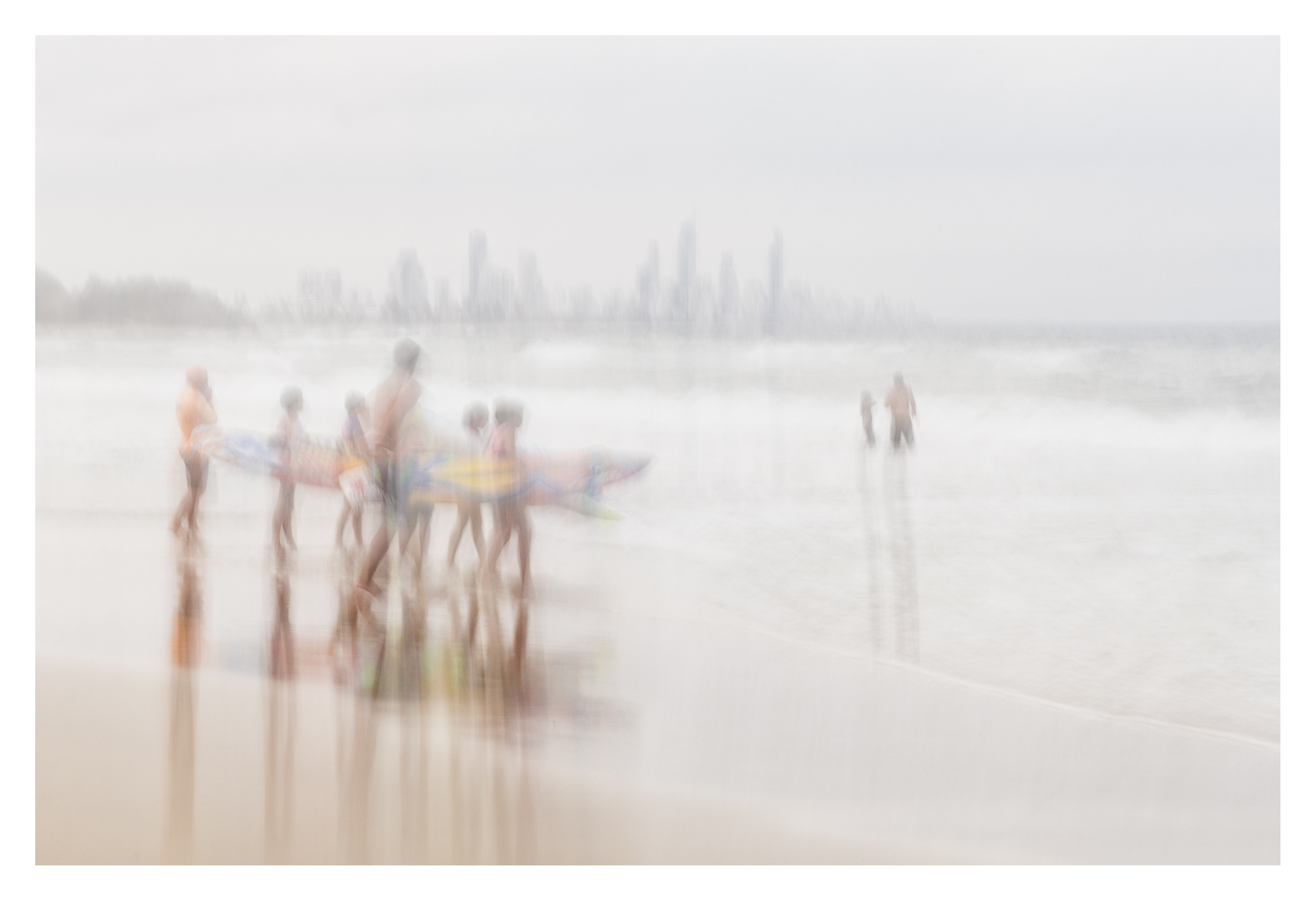 If it weren’t for the Year of Saying Yes, I probably wouldn’t have attempted these things.

In 2016, Canon invited her to shoot a session with Lisa Wilkinson. It was a simple case of the tables being turned.

It was a little stressful at first! Lisa is so well known and has had so many photos of herself taken. What can I do that’s original and appealing? I wanted to capture her in a way that hadn’t been done before. So the hardest part was to think of how to capture it. I was really happy with how the shoot turned out and I know Lisa was really happy, too. It was a nice feeling to come ‘full circle.’ 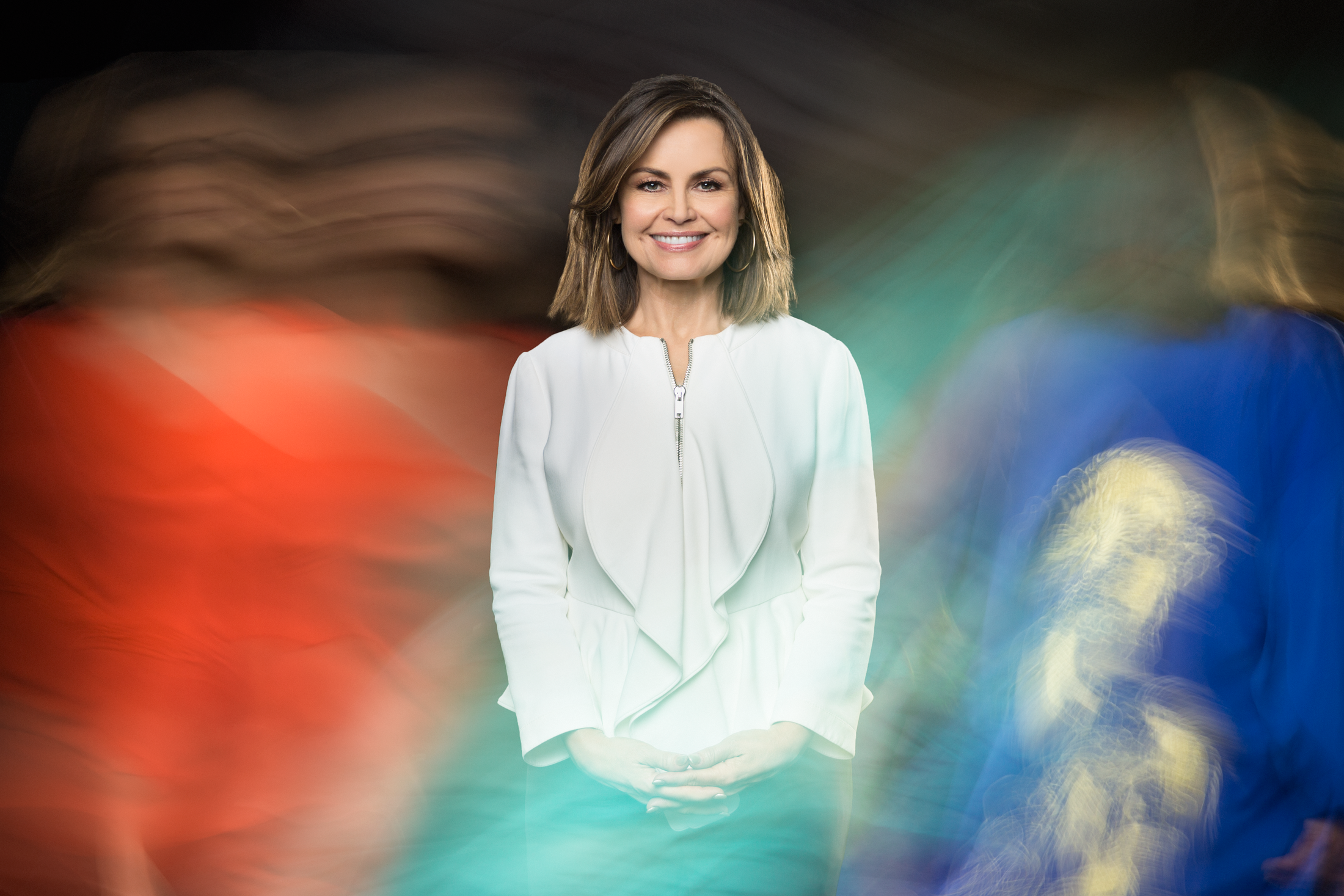 Marina likes to advise people that if you have a passion for something – you must pursue it, because you won’t live forever.

“For me, photography was always in my life and I always enjoyed it. So it’s been lovely to pick it up and run with it in later in life."

Photography has brought me so much pleasure. Just having a creative outlet has been a really important part of my recovery and I’m just so grateful.

The Year of "Saying Yes was a great push for Marina to move outside her comfort zone. Now her confidence and even her short-term memory, affected by the cancer treatment, have greatly improved.

For Marina, pursuing her passion for photography was an emotionally healing experience. It has given her focus, allowed her to enjoy the beauty around her, learn new skills and have a creative outlet. While cancer has left Marina with more emotional scars than physical ones, it’s her passion for photography that has helped her overcome the challenges she never imagined she would have to face. 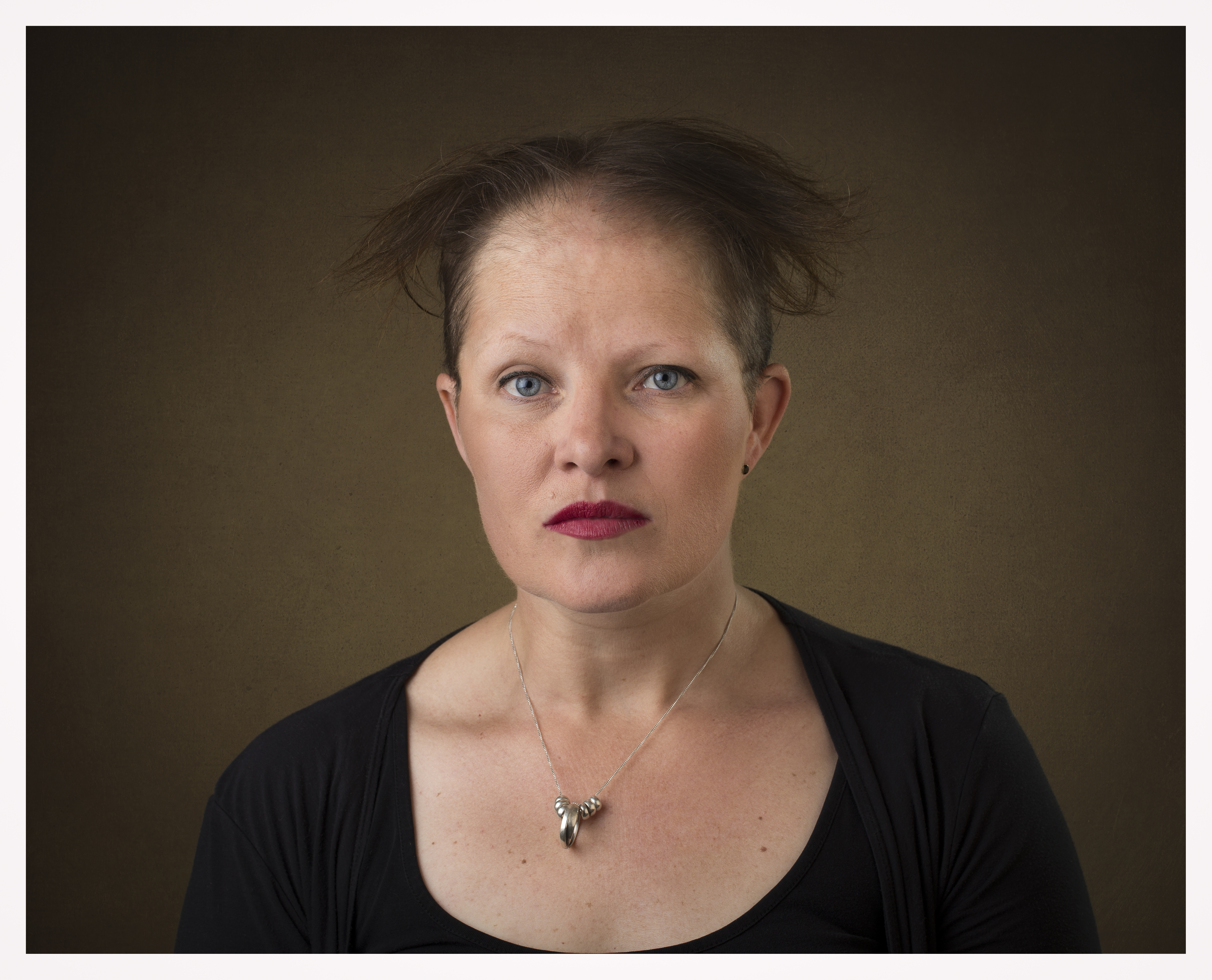