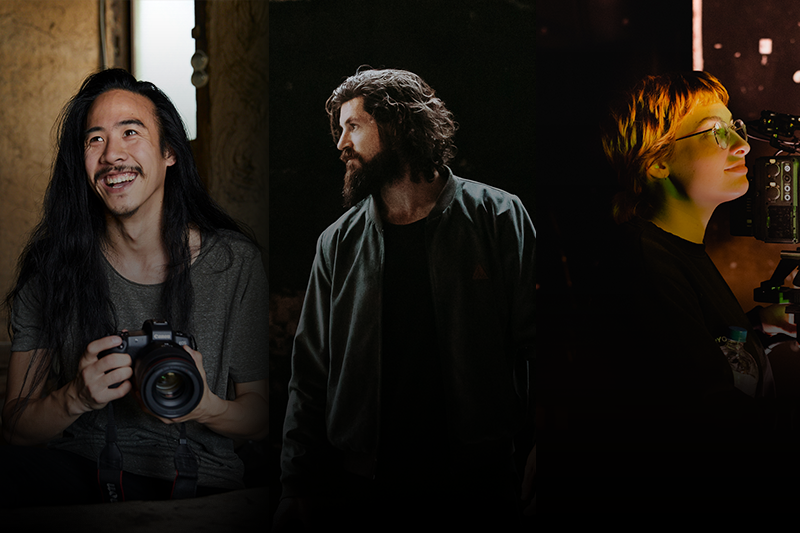 The line-up of Canon Australia’s Ambassadors includes Jarrad Seng, Kate Cornish, and James Simmons – three talented Australian photographers and videographers – each of which are set to be featured with their own unique work over the coming months. The work of these photographers, film-makers and content creators couldn’t be more diverse, yet they all have two things in common – their pursuit of personal truth, and their choice to use Canon products to embrace it.

Jarrad Seng is one of Australia's most versatile and respected creatives. His spirit of adventure has seen him traverse the world with his Canon EOS R5, winning an army of followers for the unique way he captures the world around him.

Jarrad Seng is also the lead host on The Canon Convos Podcast, where he speaks to Australia and New Zealand’s most inspiring photographers and film-makers to find out what makes them tick and the Canon gear they use for their craft. Aimed to provide a platform for people to be inspired to push their creativity and gear to the limits, the Canon Convos Podcast is set to feature Kate Cornish and James Simmons as it’s second season kicks off.

Kate Cornish is a Freelance cinematographer, director and photographer who has been obsessed with film since childhood. Perfecting her craft shooting Indie music videos and short films, Kate is making her mark on the industry with her distinct and personal style.

“Becoming a Canon Ambassador felt like a natural fit”, says Kate Cornish. “I always come back to using Canon equipment time and time again due to how versatile the brand and gear is.”

Finally, James Simmons, an acclaimed wedding photographer who is the antithesis of all things clichéd. His candid shots capture the true spirit of human connection, telling stories that go beyond the expected. Inspired by photojournalism, and the everyday vulnerability of people, James finds honesty in the light and shade of emotion.

Nina Spannari, General Manager – Marketing and Customer Experience, Canon Australia says: “We are excited to announce our three new talented Ambassadors who are collaborating with Canon to inspire upcoming image creators to push boundaries and take their creative journey to the next level.”

For more information on the Canon Ambassadors and to keep across their individual upcoming project, visit: here.