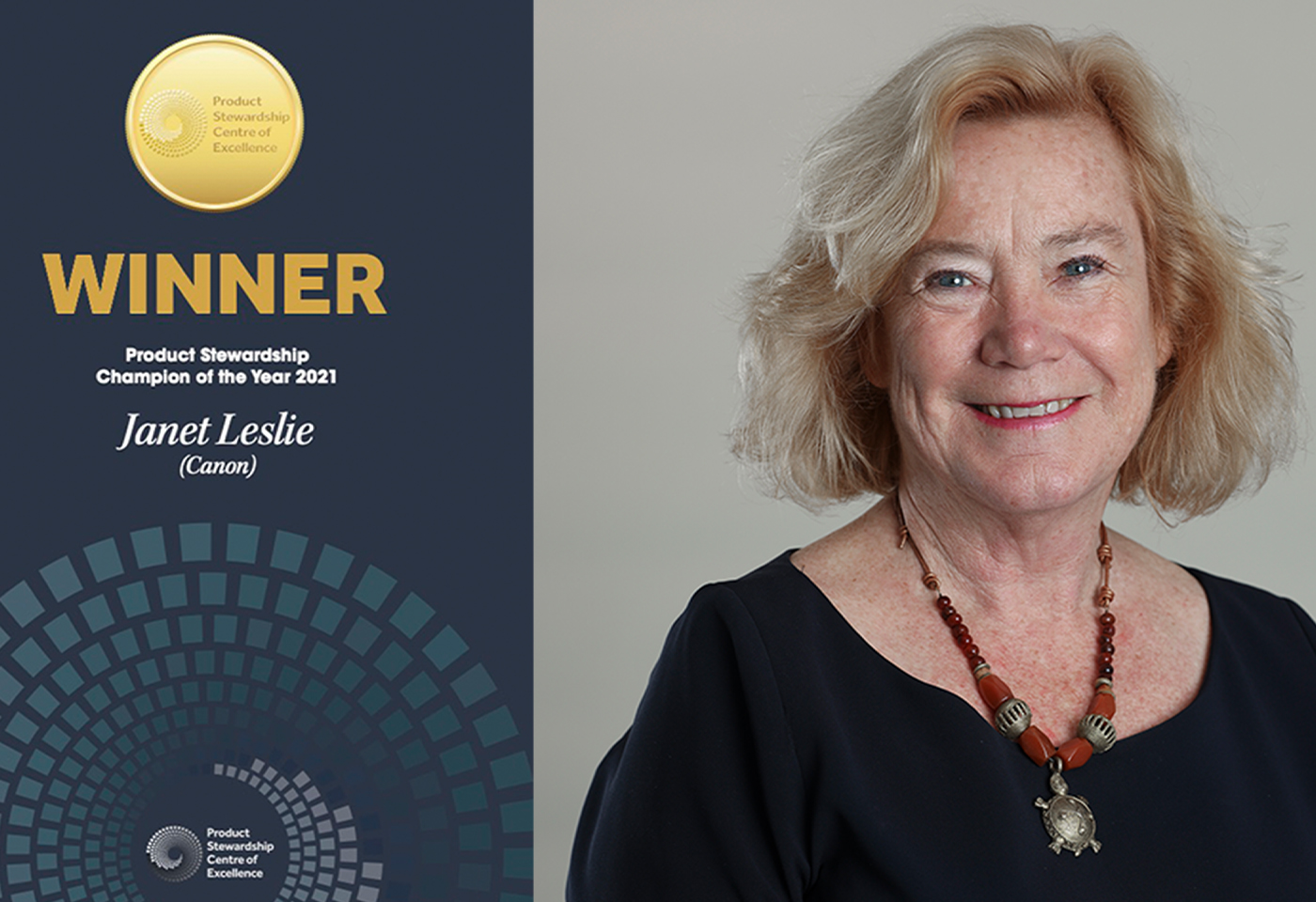 The awards recognise outstanding performance from those involved in designing, manufacturing, and advocating for products that ensure the materials are managed in a way that reduces their environmental and human health impacts.

This recognition is given to individuals who have had a significant impact on driving stewardship forward throughout the year. The attributes identified in Champions are relentless persistence, focus and commitment.

When asked what this recognition means for her, Janet said “I am really grateful to be recognised by my peers in this way. The award also recognises Canon’s role in promoting and supporting national recycling schemes like the Cartridges 4 Planet Ark and the Australian Battery Recycling Initiative.”

“One of the things that I enjoy most about the work I do at Canon is that I get to work with my industry colleagues to actually create something that is of real value to our customers and to the community. It seems that the circular economy's time has come and it’s a very exciting time to be involved in the field of product stewardship.”

In addition to Cartridges 4 Planet Ark and the Australian Battery Recycling Initiative, Janet has played a pivotal role in other industry-wide projects including the establishment of the National TV and Computer Recycling Scheme and the Australia New Zealand Recycling Platform (ANZRP). Through the ANZRP’s TechCollect program last financial year, 22,000 tonnes of TVs, computers and printers at the end of their life were collected from 285 sites all over Australia and recycled. More than 94% of the material collected was recovered to be used as raw materials for other products.

More information about the awards can be found here.