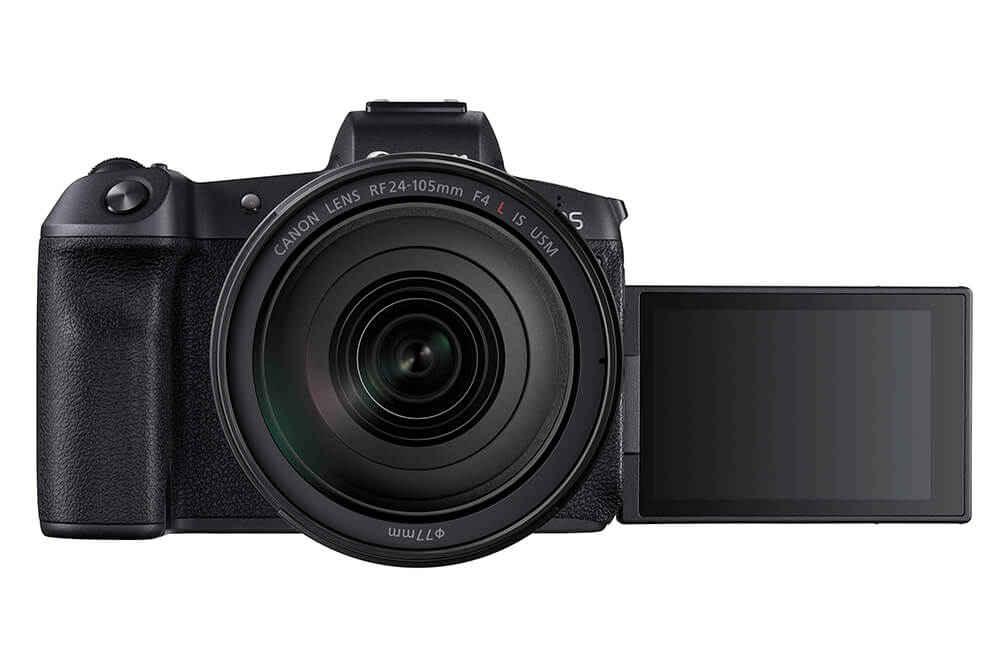 With its enticing entry level price point, progressive features and seriously compact form-factor, the EOS RP makes joining the mirrorless revolution more accessible than ever. Whether you shoot portraits, travel, landscapes or vlogs, both cameras are exceptionally attractive propositions. So much so in fact that you may need a little help to decide which camera suits your personal shooting style best.

With this in mind we’ve created this detailed comparison guide, delving into the key highlights and pointing out the main differences between these two mirrorless marvels. 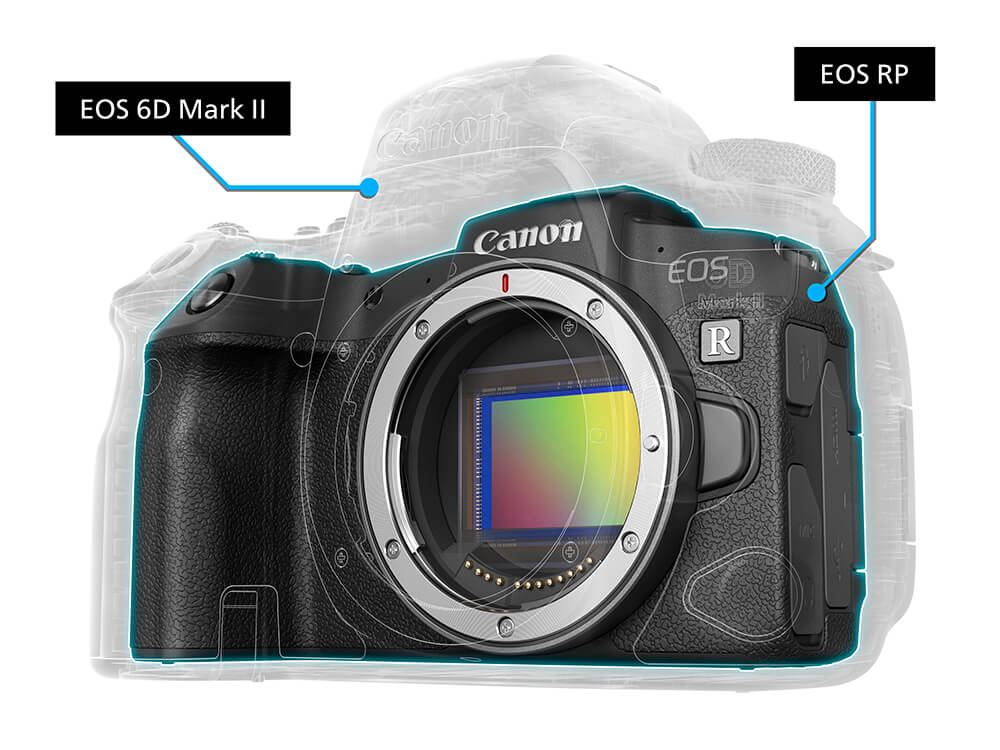 The new EOS RP’s body weighs in at just 440g, making it more than 20% lighter than the original EOS R (580g). The EOS RP is also significantly smaller in size, with a compact form factor that feels fantastic in the hands.

Full frame sensors eliminate the crop factor caused by smaller sensors, which means you can use your wide-angle lenses to their full potential.

The sensor on the EOS R is 30.3MP, while the new EOS RP features a 26.2MP sensor, giving the EOS R a slight edge in terms of resolution.

Both sensors are supremely capable, although the larger resolution of the EOS R will allow you to print at larger scales and benefit from increased flexibility when it comes to cropping images. 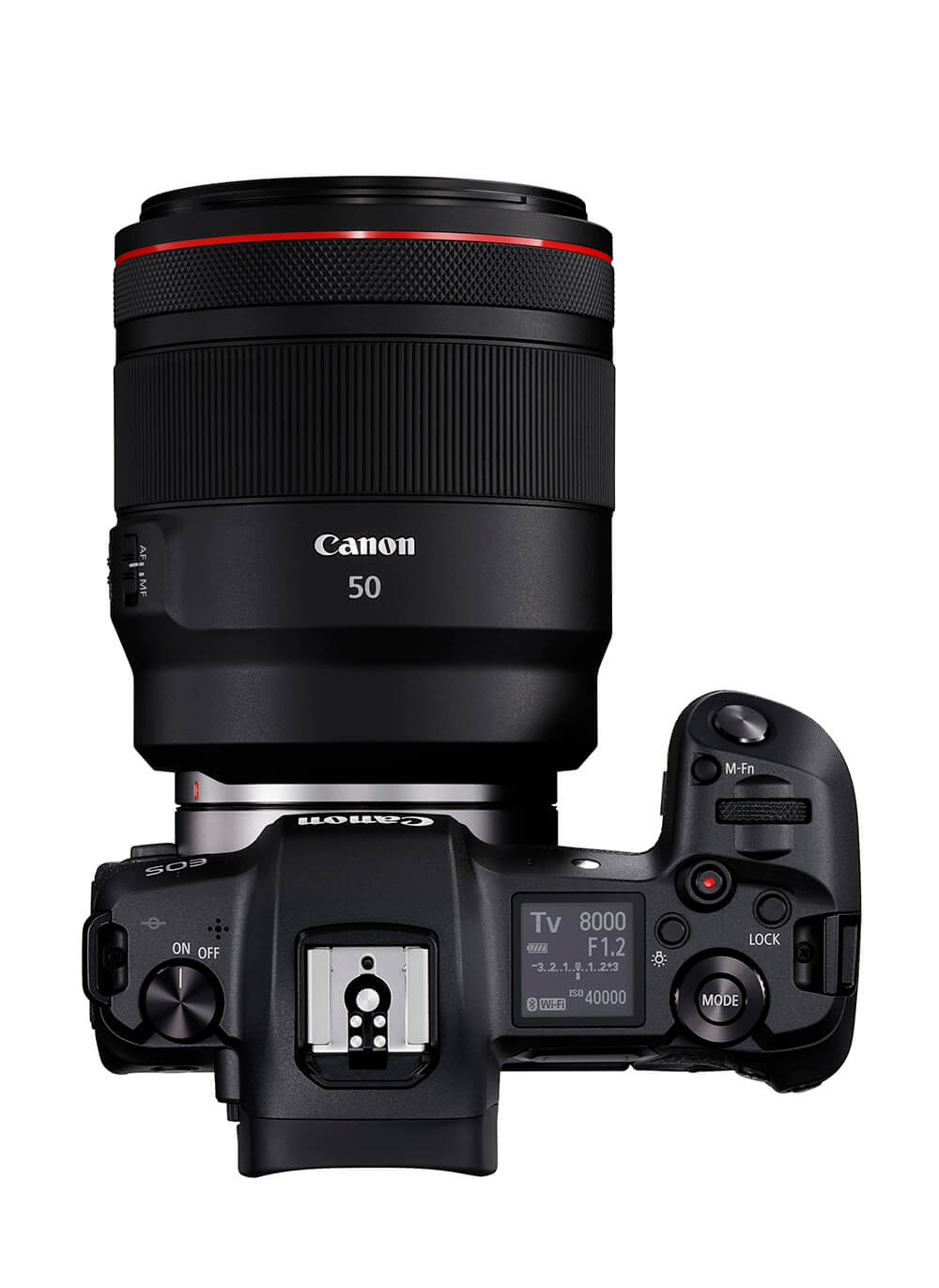 However, the new EOS RP features a more traditional EOS mode dial, which some photographers and videographers may find easier and more familiar when transitioning from a DSLR to a mirrorless camera system. 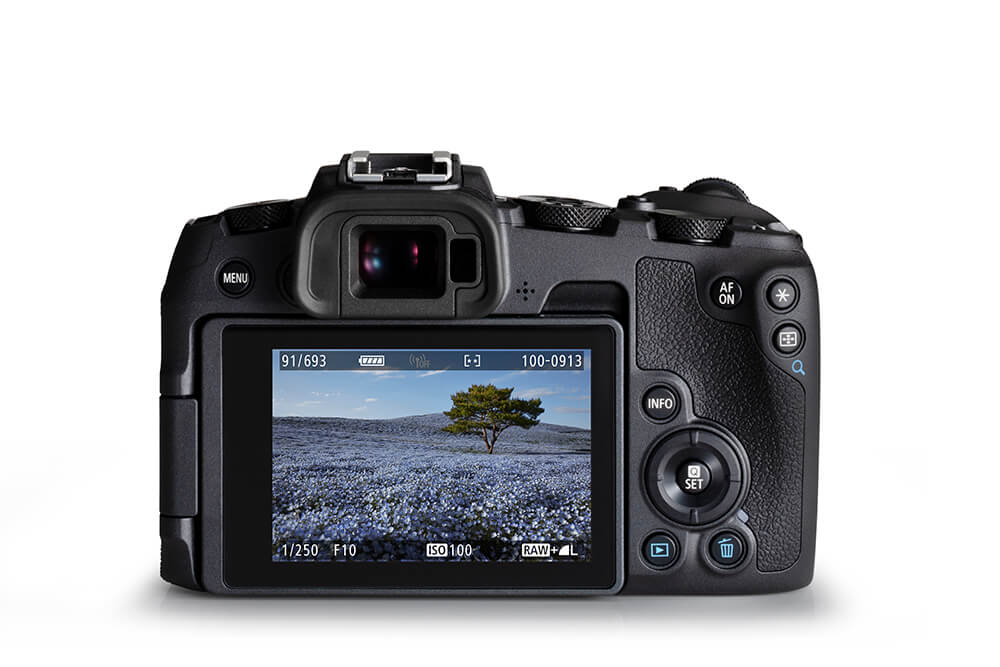 In addition to having bright and immersive EVFs, both cameras feature fully-articulating screens with fast and intuitive touch control.

The EOS R uses the LP-E6N battery and is rated at an impressive 350 shots per charge when shooting through the EVF. This is the same robust battery used in many Canon DSLR models, including the revered EOS 5D, 6D and 7D series, as well as the EOS 70D and 80D. This provides excellent cross compatibility and convenience for Canon users upgrading from these models.

The EOS RP features even more creative shooting modes than the EOS R, with additional automatic modes and handy in-built feature guides to help you get the most out of the camera from day one. 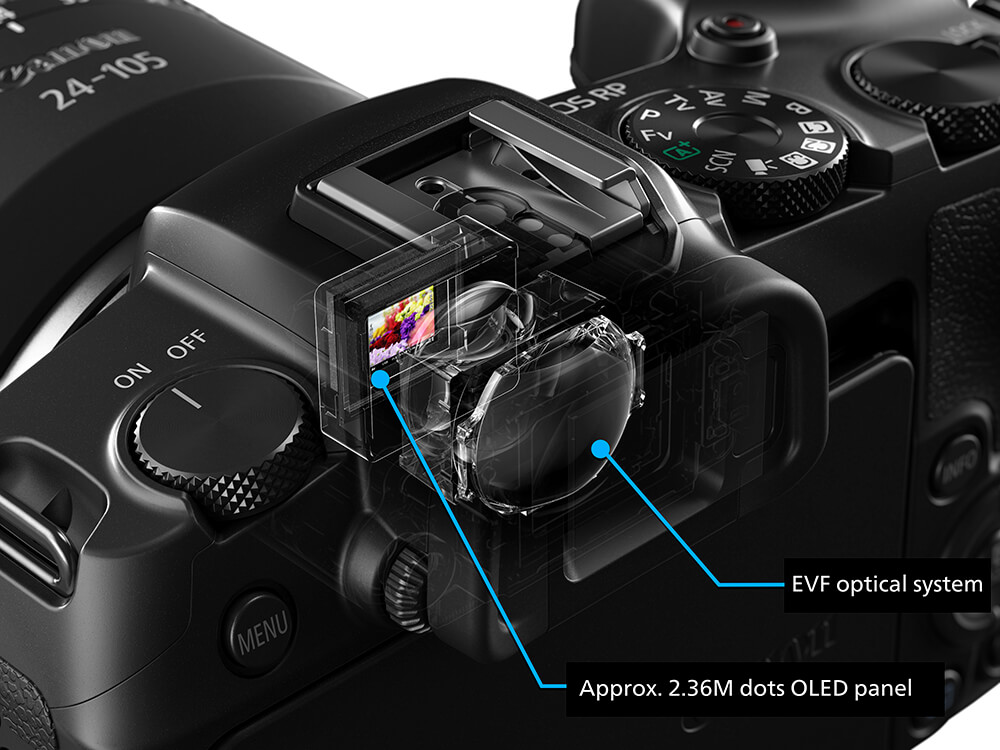 Find out more about the EOS RP and EOS R.