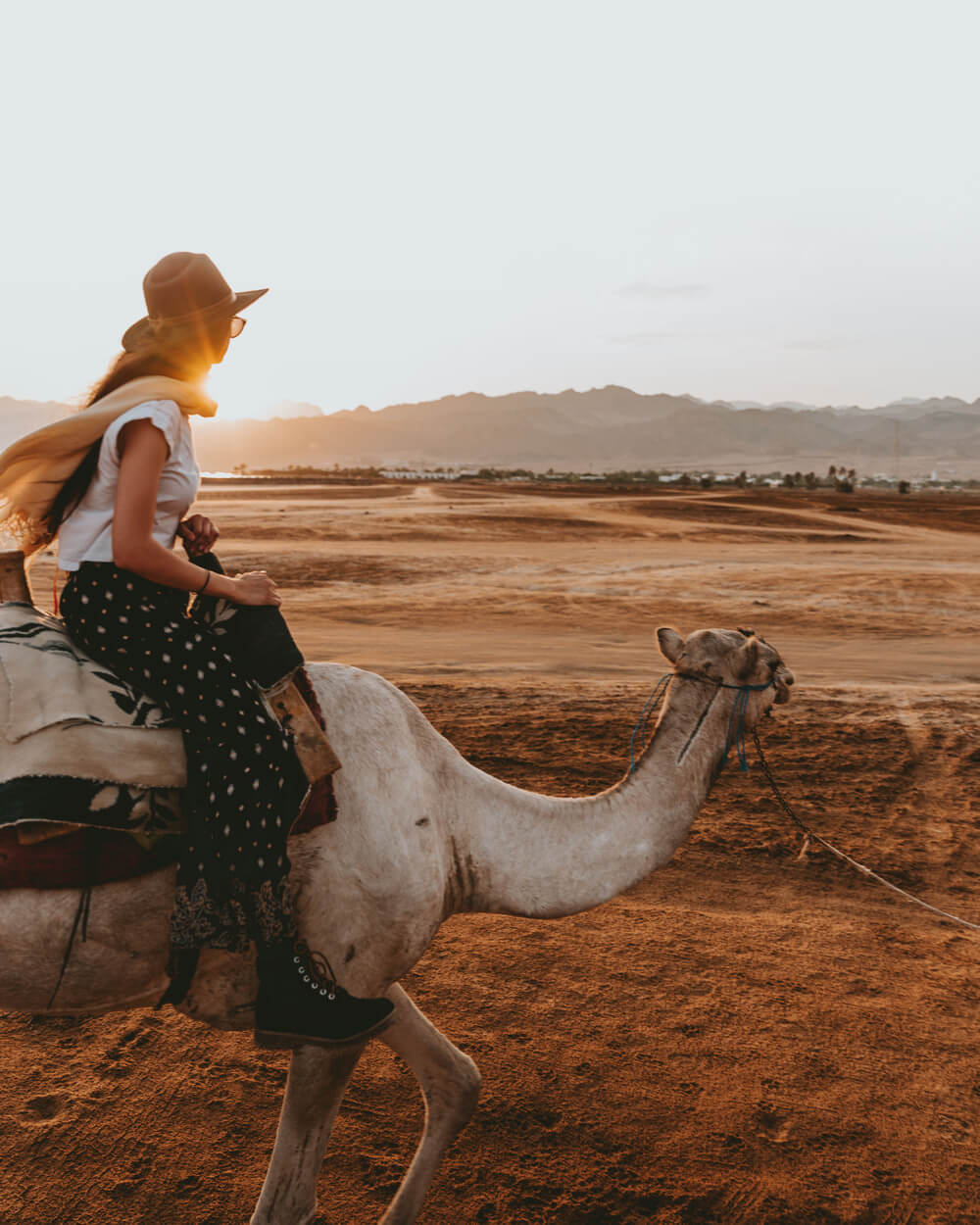 “No matter how many National Geographic documentaries or Indiana Jones movies I’d watched prior to landing, nothing quite compared to actually gazing upon the Great Pyramid of Giza or the monolithic Treasury of Petra.” 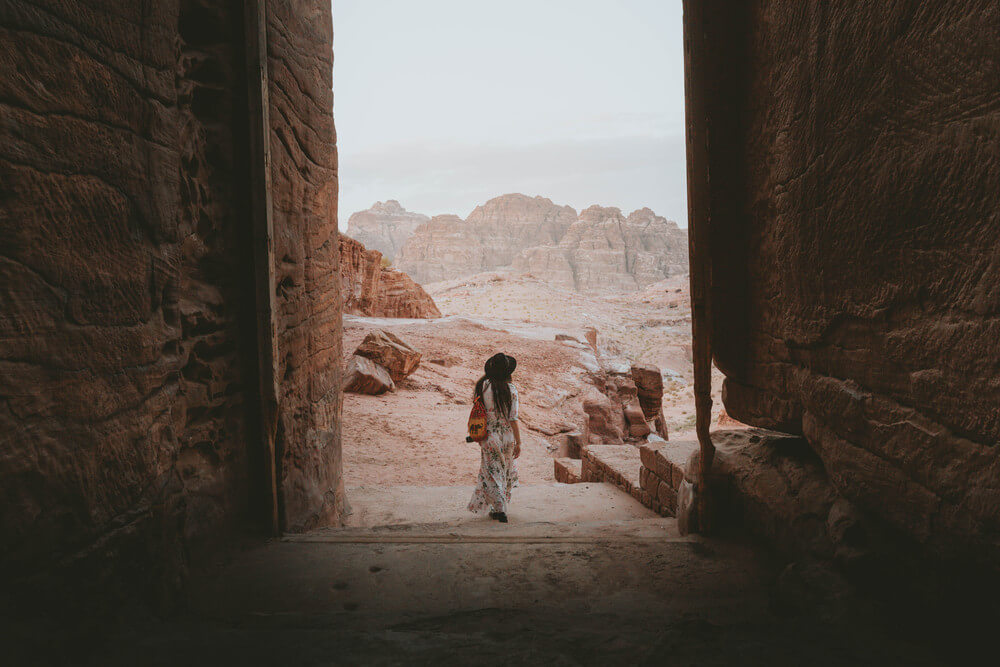 From the Pyramids to Petra—over land, air and sea—I embarked on a visual journey to unravel the mysteries of ancient civilisations I’d only seen detailed in books and romanticised about in films.

Both of these uniquely historical and archaeological countries are rich in history, culture, world-class diving sites and home to some of the world’s most iconic landmarks. 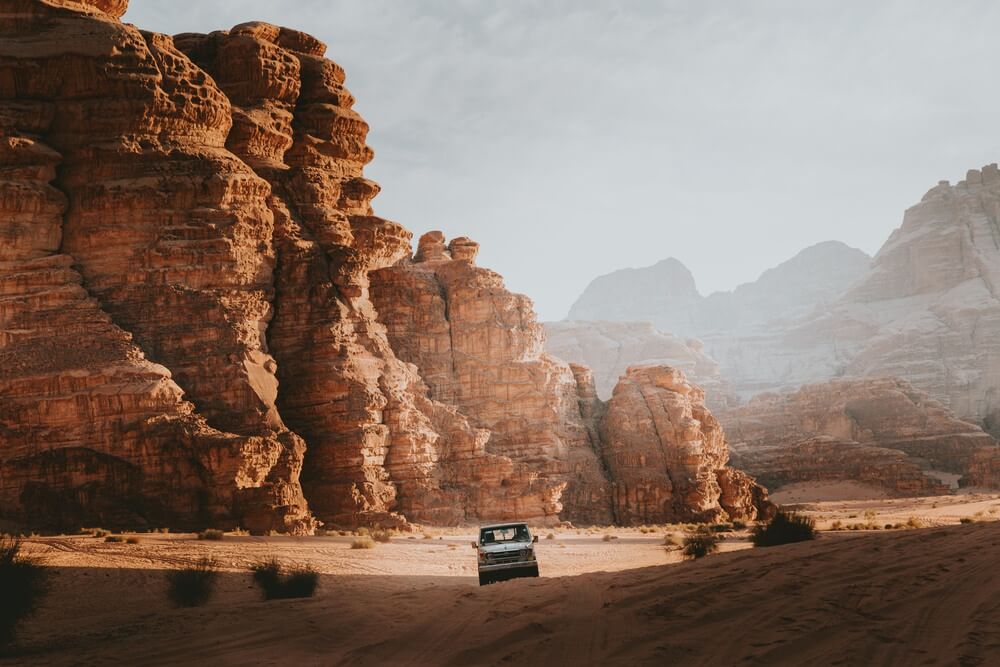 If any of the Seven Wonders are high up on your travel photo bucket-list then you’ll find two here: Egypt’s Great Pyramid of Giza and Jordan’s Lost City of Petra. Photos of these biblically enormous structures are impressive in their own right, but elevated even further when framed against a dreamy desert backdrop.


The Best Photography Spots in Egypt 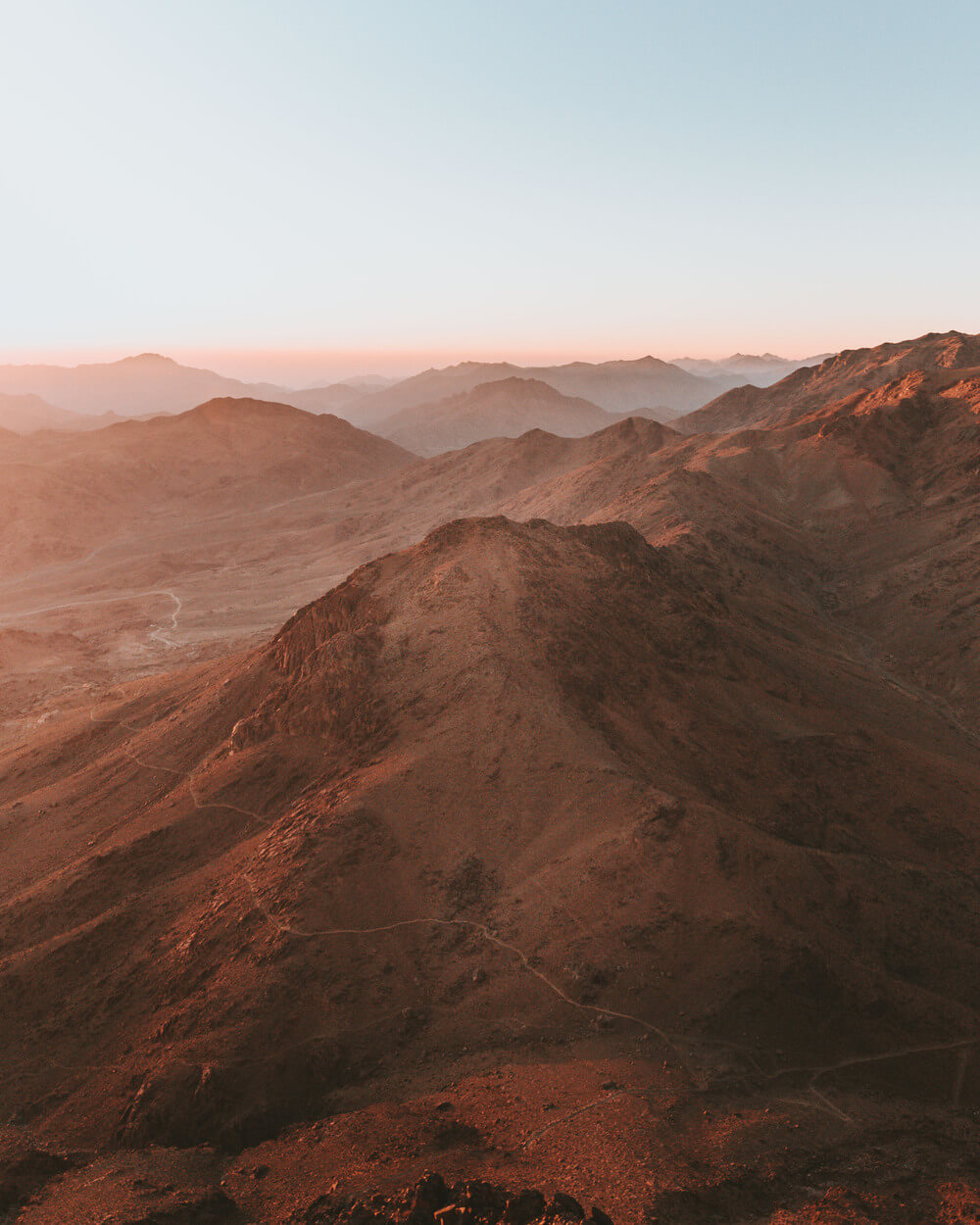 Explore the Khan el-Khalili (main souk) to snap some creative portraits of local characters. Always remember when travelling to respect other cultures, ask before taking photos. Usually in places like this, small change or food in return can go a long way!

Enjoy world-class diving at the Blue Hole—bring your underwater housing for marine photography. And definitely join one of the sunset camel tours when you’re back on dry land.

Leave at midnight to hike up Mount Sinai and be rewarded with some of the most spectacular sunrise shots you’ll ever take. 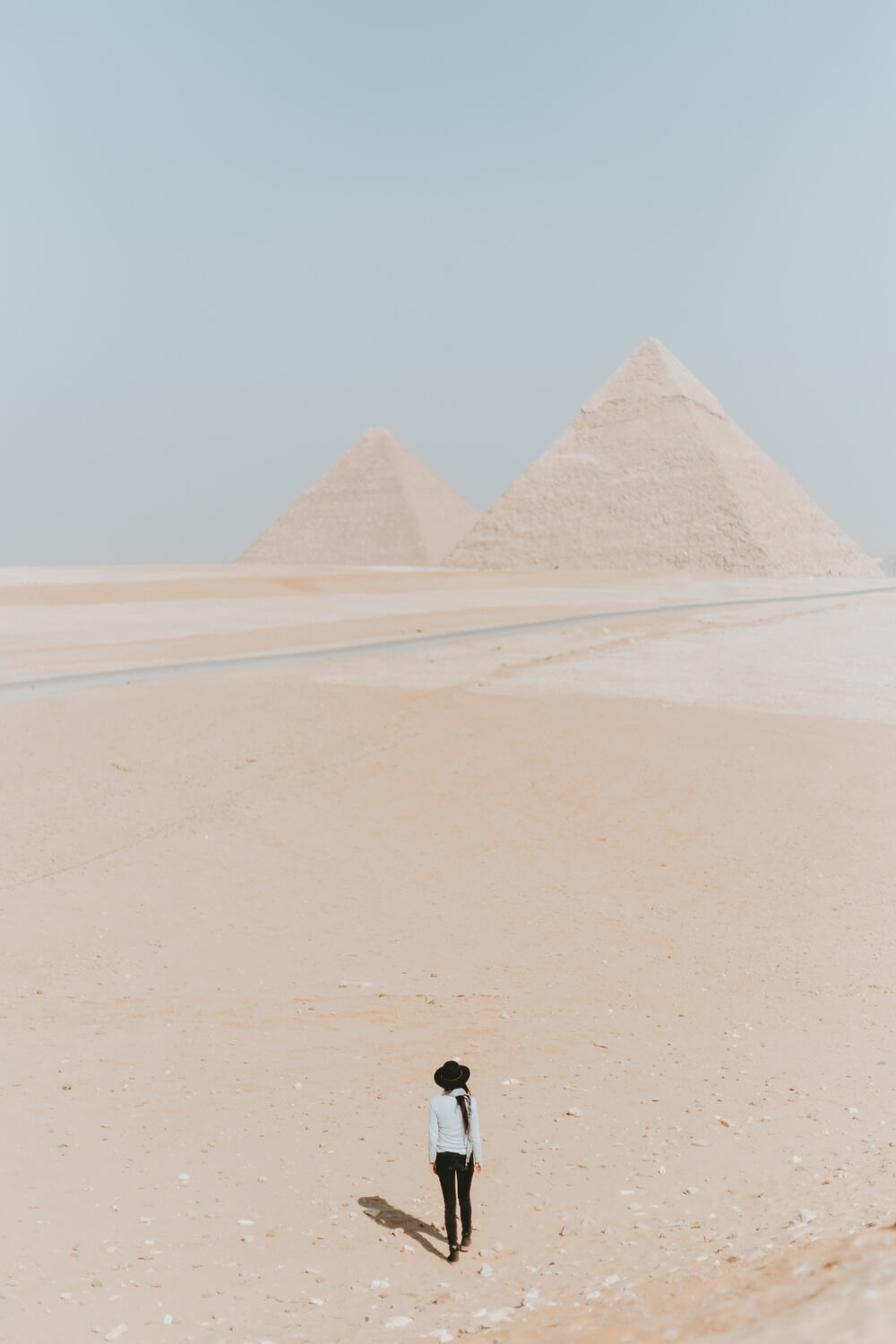 “When shooting large landmarks like this it’s always great to show a sense of scale by including a human subject in your frame.”

Located on the outskirts of Cairo, the Giza pyramid complex is home to Egypt’s three Great Pyramids (Khufu/Cheops, Khafre/Chephren and Menkaure) and the Great Sphinx.

The Great Pyramid of Giza is the largest of the three pyramids and the oldest of the Seven Wonders of the Ancient World—a truly epic sight to witness and photograph. Here you will also find the emblematic Great Sphinx monolith, a limestone statue carved into the limestone bedrock. It depicts a mythical creature with the body of a lion and the head of a human. 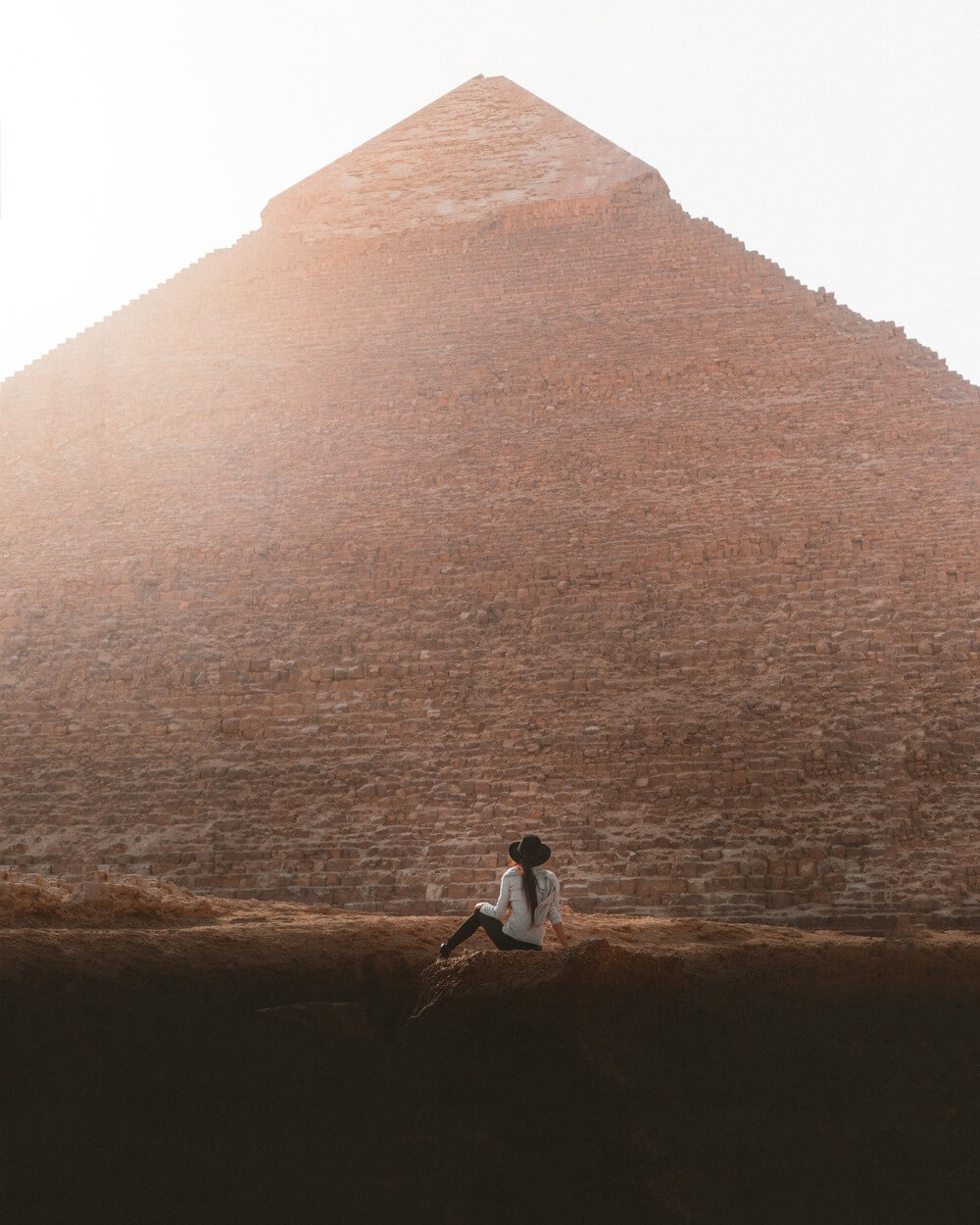 These iconic sites are Egypt’s most popular attractions so you’ll want to get here as early as possible to avoid the crowds.

Best Time to Visit Egypt: All year round although the cooler months are March-May.


The Best Photography Locations in Jordan 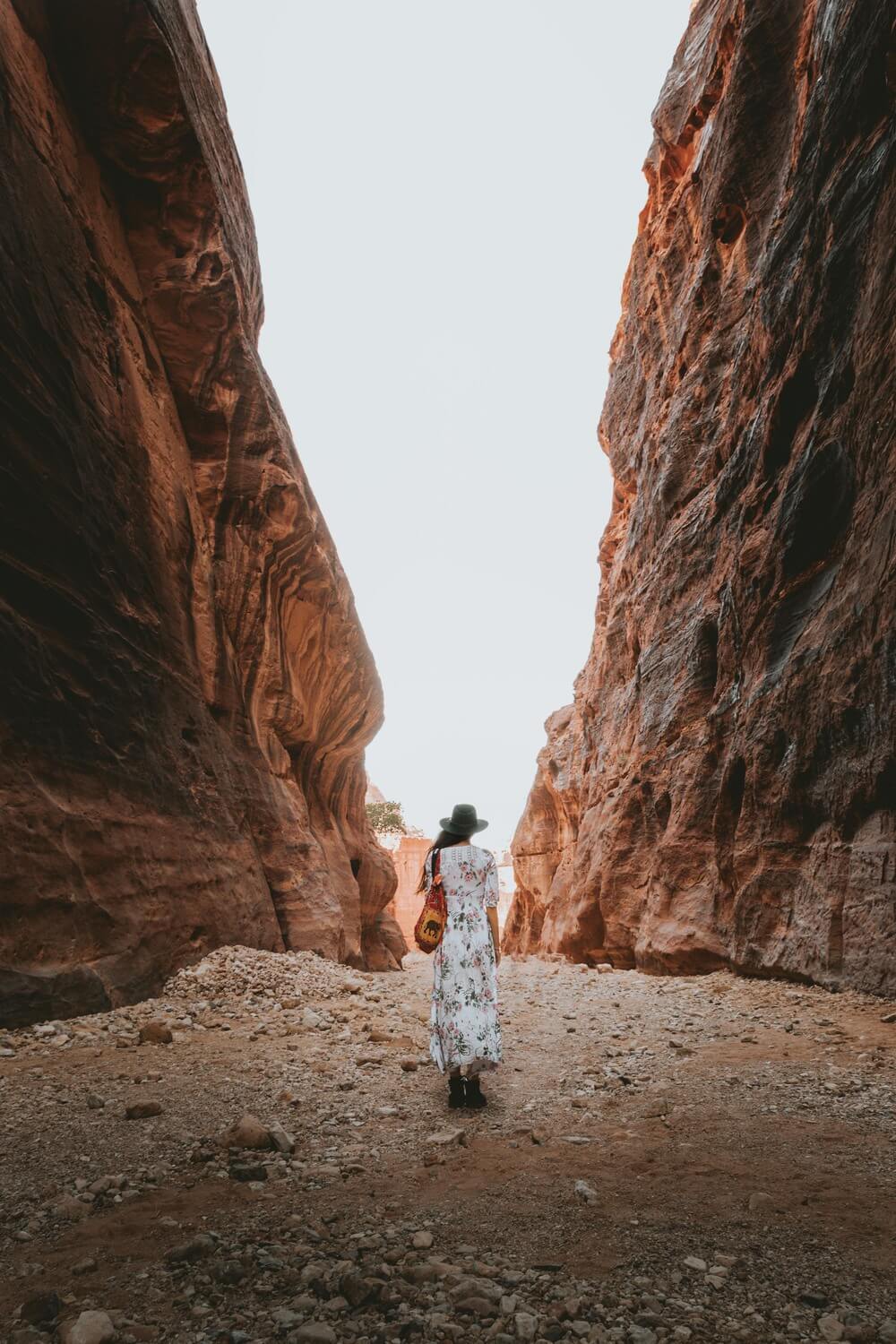 A popular film location for Hollywood blockbusters like The Martian, Lawrence of Arabia and Star Wars, Wadi Rum’s strange rock formations are so unique that photographing them even in harsh light produces breathtaking results. 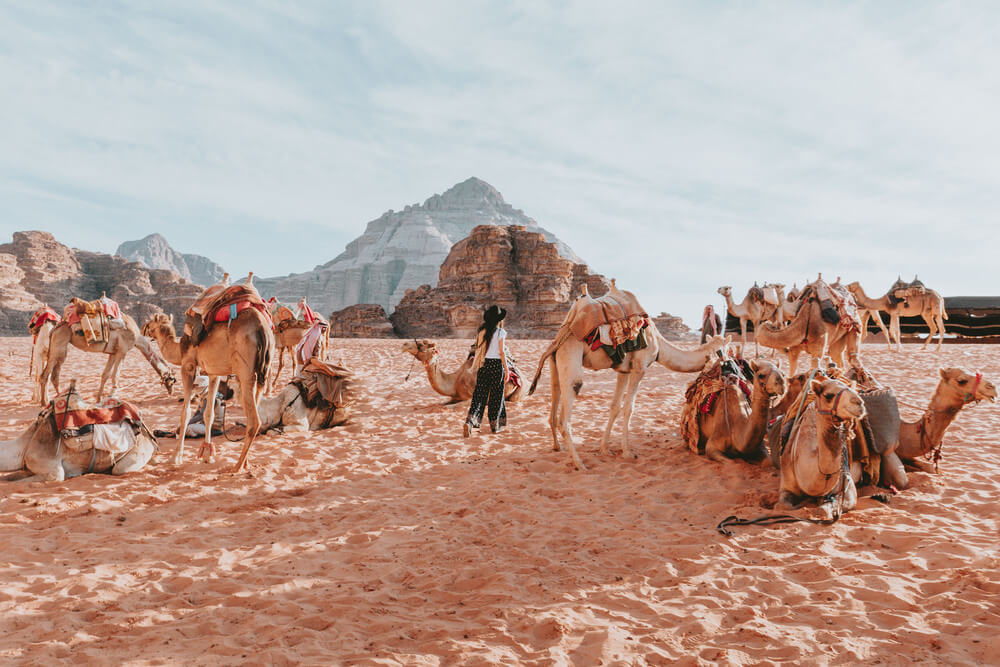 I highly recommend staying in a traditional Bedouin camp to sleep under the stars. And since you’re out in the desert with minimal light pollution, this is your chance to grab your tripod and enjoy some serious astrophotography.

Floating in the Dead Sea is one of those amazing travel experiences you’ll remember forever. Shoot from a surrounding high vantage point to capture the scale of the sea, and use a polarising filter to cut out water reflections.

• The Lost City of Petra 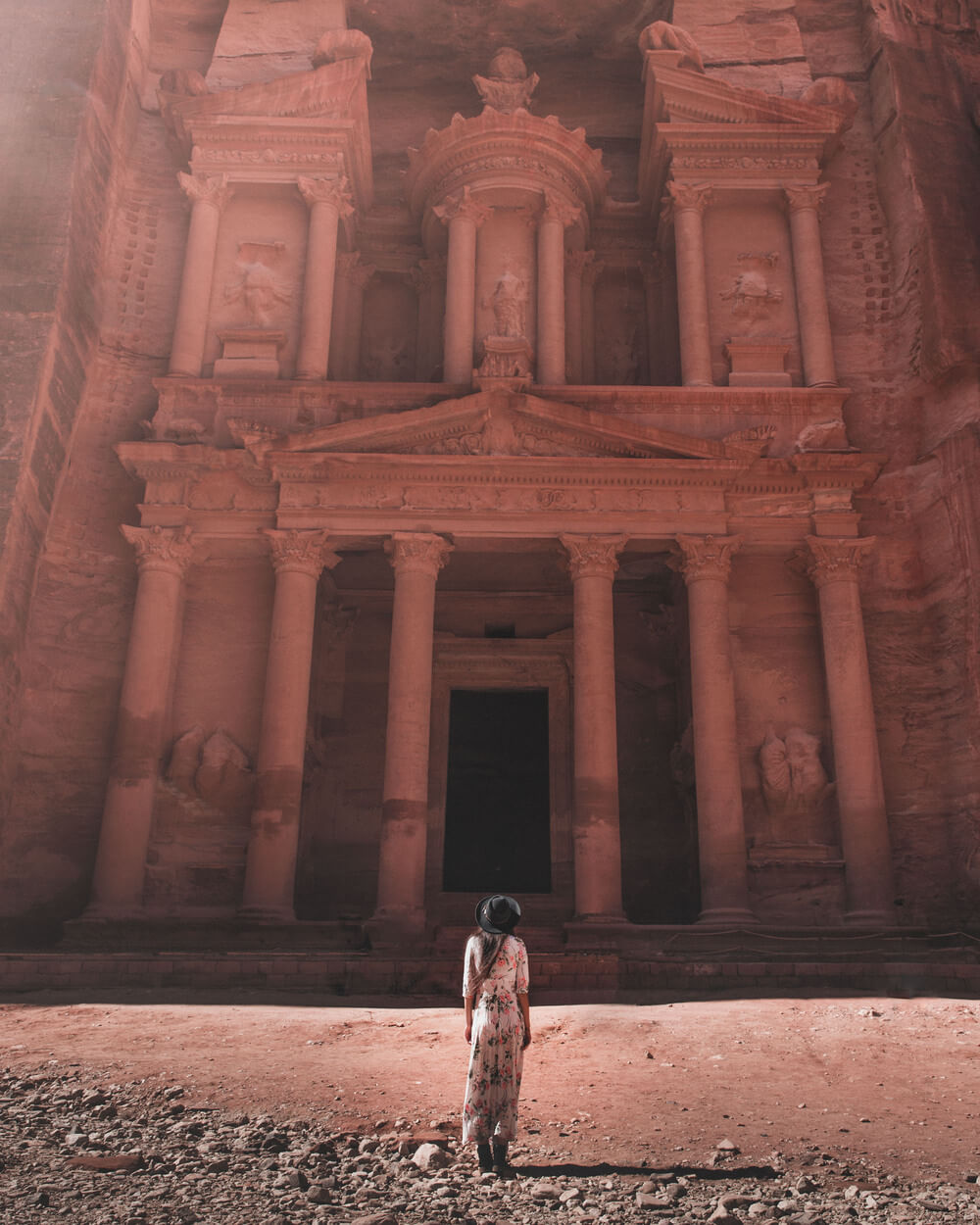 Often referred to as ‘The Rose City’, due to the rose coloured stone from which it was carved, and ‘The Lost City’, because it was lost for hundreds of years, Petra is by far Jordan’s most popular tourist attraction.

The Treasury is the most iconic view of Petra. Try using an ultra wide-angle lens like the Canon EF 16-35mm f/2.8L II USM, and shoot from a low angle to capture the entire grand view of the gates. 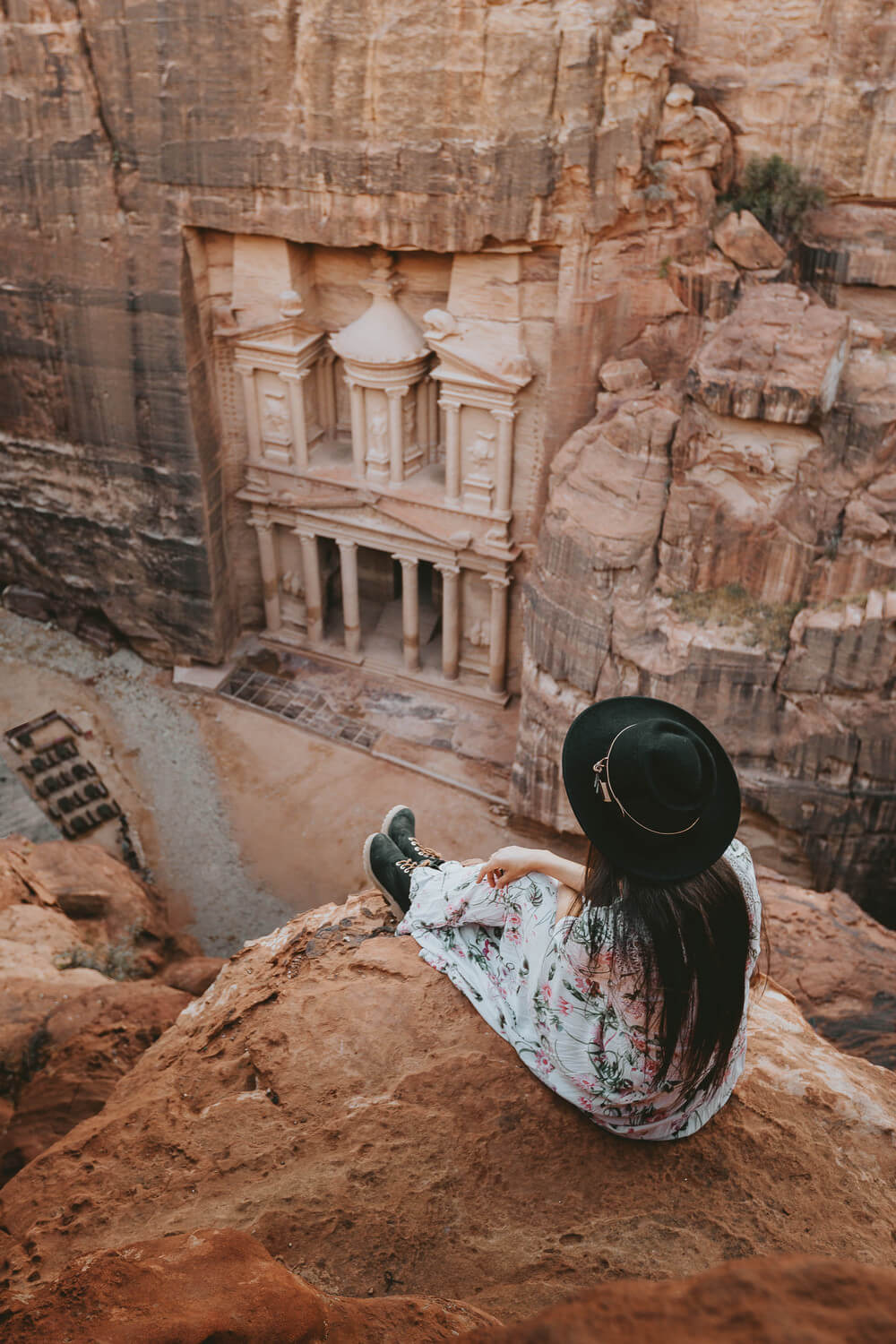 Ask a local for the best route to the top of the Treasury and you’ll be greeted with an epic view from above.

Best Time to Visit: All year round although the cooler months are March-May.

Using a full-frame sensor like the one inside the EOS 6D, you’ll have a clear advantage in low-light performance and greater depth-of-field. I use its Wi-Fi functionality in conjunction with the Canon Camera Connect App to share images to my devices. This app is also great if you’re a solo traveller and want to get yourself in the picture as well—the camera remote shooting function is fantastic. 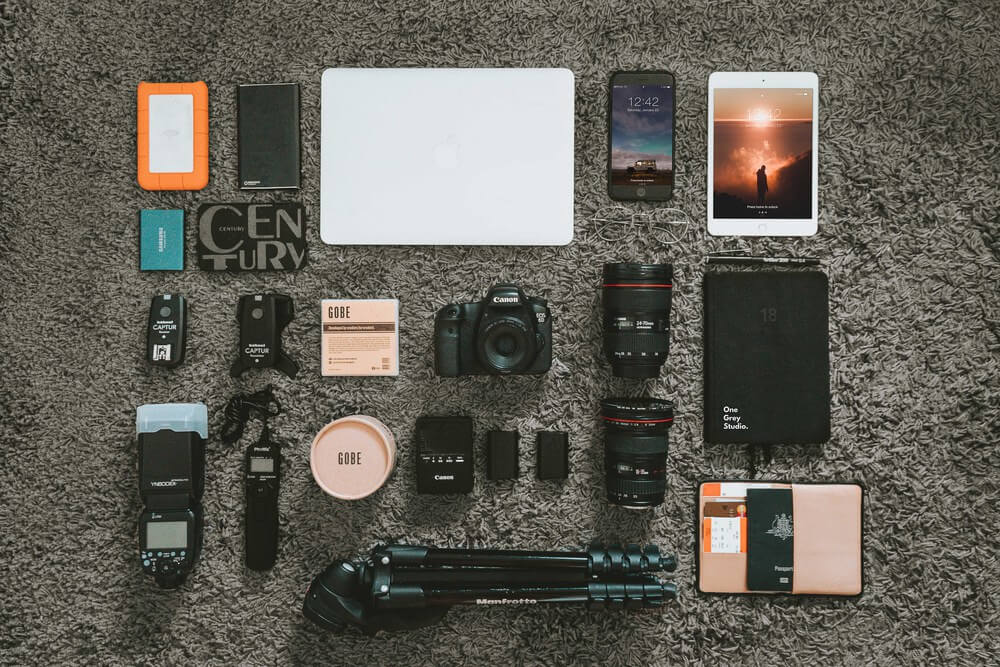 I recommend using the following lenses:

“If you’re caught in harsh lighting conditions, use an ND filter or shoot slightly underexposed to combat blown out highlights.”

Tripod: I use a Manfrotto compact action tripod, which is lightweight and great for travel.

Intervalometer: I use this to capture time lapses.

Hard Drive: I use a Lacie Rugged 2TB hard drive—it’s important to always back up while you’re on the road. 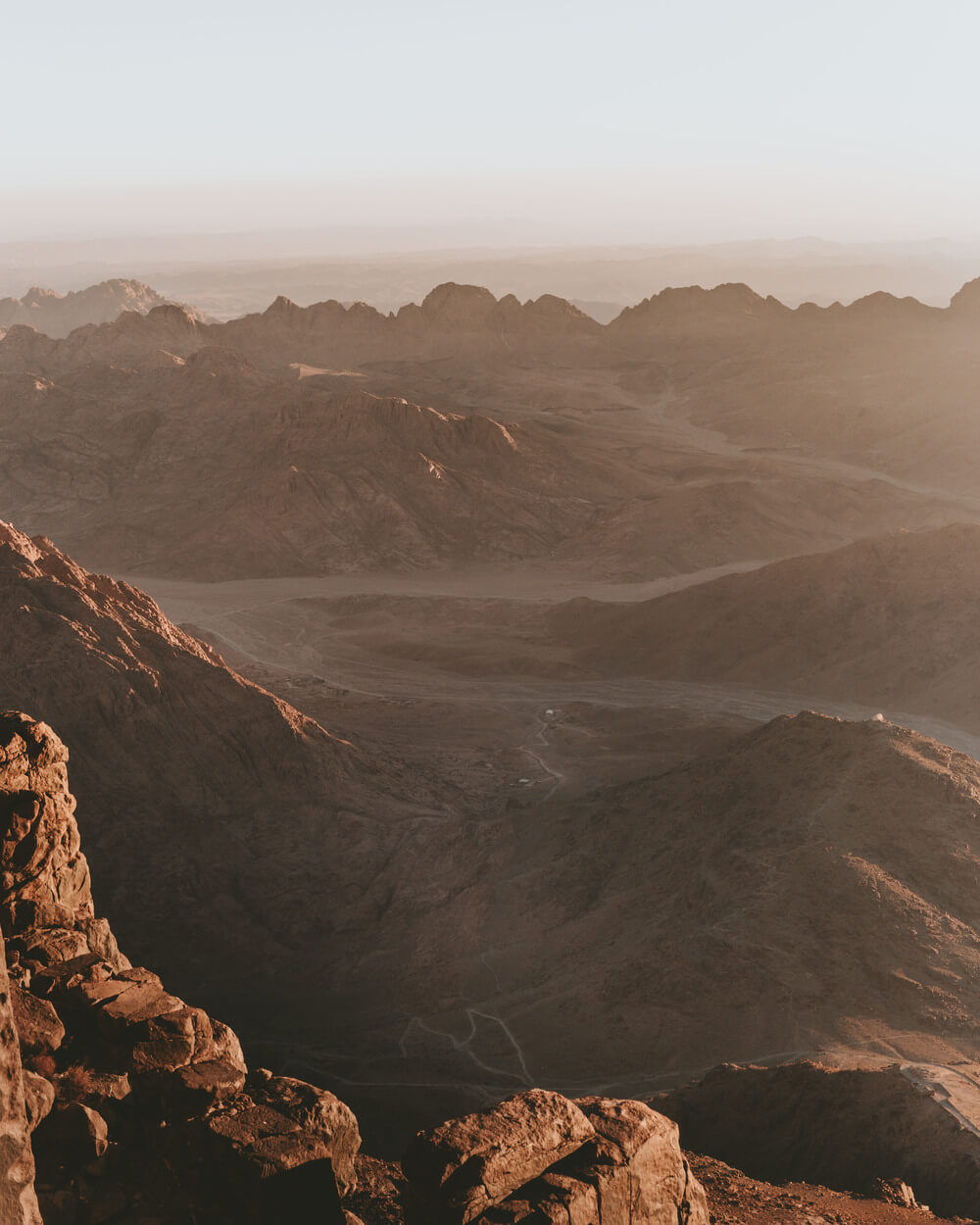 • Beat the Tourists and Shoot at Sunrise

Jordan is a photography hotspot that’s currently trending on social media (much like Iceland and Morocco). As a result, it makes waking up for those 5:30 am sunrise shoots all the more pertinent. Beat the swarms of tourists (and the heat) to get those epic landmark bangers (sans photobombers).

• Leave the Drone at Home

It’s illegal to bring one into Egypt and Jordan without a permit and as a result it will be held at customs where you’ll pay a hefty fee upon exiting. Besides, there’s just no comparing to the Canon DSLR image quality you have available to you on the ground.

• Travel with a Friend

Although these destinations are safe to travel to, it’s always an advantage to travel with a buddy or in a tour group. From having them as the photo subject to second shooter, a second pair of hands is always a plus.