As the first full frame mirrorless camera to carry Canon’s iconic 5 series name badge, the trailblazing new EOS R5 has caused quite a stir with its industry-leading In-body Image Stabilizer (IBIS) and 8K movie modes. And now, with the launch of EOS R6, we take a look at the shared features and key differences between these two hybrid powerhouses to help you decide which is the perfect camera for you.

First things first, when holding the EOS R5 and EOS R6 side by side it’s clear to see that they look and feel more or less identical. Both offer the intuitive control and functionality that Canon has developed over countless generations of cameras, including the multicontroller AF joystick and scroll wheel for familiar navigation. As well as being more or less exactly the same size, they are both compatible with the same BG-R10 battery grip. Whether you’re new to Canon cameras or a long-time devotee, both the EOS R5 and EOS R6 will feel comfortable, natural and right at home in your hands.

The EOS R5 is the first 5 series Canon camera to feature a vari-angle LCD screen with touch control. This offers a vast array of creative shooting angles and allows you to flip it closed for extra protection when carrying your camera in your bag. The EOS R6 also boasts this versatile feature, although its LCD screen resolution is 1.62 million dots – slightly less than the R5’s larger 2.1 million dot resolution screen.

As well as boasting vari-angle LCD screens, both the R5 and R6 also feature 0.5” electronic viewfinders. The EOS R5’s EVF offers a massive 5.76MP of resolution, which is seriously bright and beautiful to look through, while the EOS R6’s EVF is a still-impressive 3.69MP.

In addition to the EVF and rear LCD screen, the EOS R5 is also equipped with a handy top panel LCD screen, allowing for quick and easy viewing of important camera settings, while the R6 features a more traditional dial layout, with settings displayed via the viewfinder and rear LCD screen. 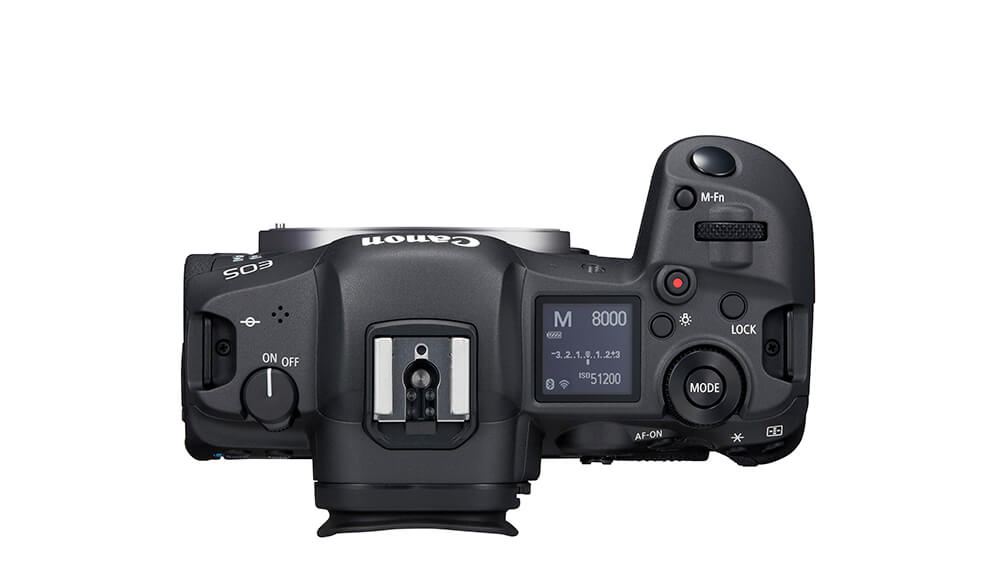 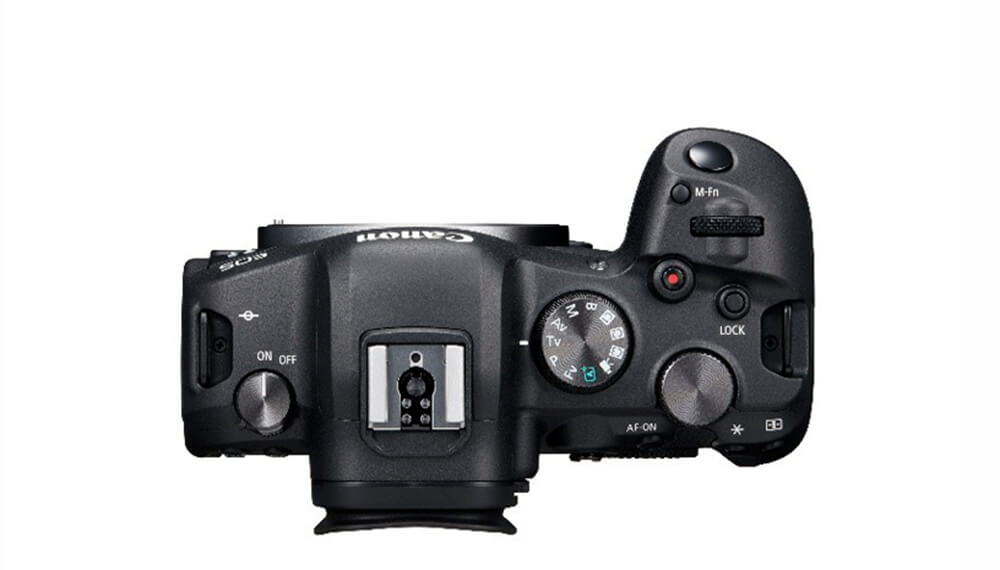 Both the EOS R5 and EOS R6 feature Canon’s groundbreaking 5-axis In-body Image Stabilization (IBIS). This allows you to shoot with all the benefits of Image Stabilization even with lenses that do not feature built-in IS. Shoot smooth and stable handheld video footage, even with prime lenses, or take beautifully sharp images with your favourite telephoto lenses.

One of the most innovative features of the new EOS R5 is the option to shoot videos in full 8K. That’s a whopping 4 times the resolution of 4K! This allows for serious creative flexibility and control, with the option to crop in on your footage and maintain full 4K resolution – you can even capture 35.4MP still images from your 8K video footage. As if that’s not impressive enough already, the EOS R5 also offers 120 fps shooting in 4K while using the Dual Pixel CMOS AF. This ensures you always maintain focus and allows you the option to slow down your footage to ¼ speed for ultra smooth slow motion.

The EOS R6 doesn’t shoot 8K video, but its video features are still seriously impressive and beat most other full frame mirrorless cameras. Shoot video footage up to 4K at 60fps, which can also be slowed down in post for smooth cinematic results. 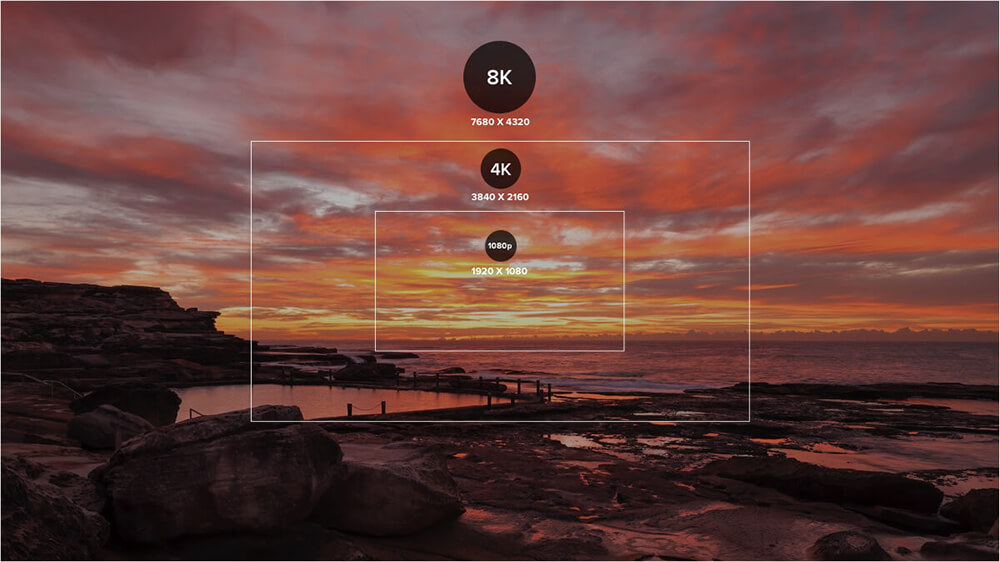 Both the EOS R5 and EOS R6 house powerful full frame CMOS sensors. The EOS R5 boasts a mighty 45MP resolution, while the EOS R6 offers an impressive 20MP. This gives the EOS R5 an edge for photographers who want the creative flexibility to crop in on images and print at large scales. However, the EOS R6’s 20MP resolution means the file sizes are easier to handle and store, making it ideal for creatives who don’t necessarily need ultra-high resolution files.

The other advantage is that, although the EOS R6’s sensor has few megapixels, each pixel is actually slightly larger, making them better at capturing light (especially in low light situations). For this reason the ISO on the EOS R6 goes all the way up to 102,400, whilst the EOS R5 tops out at ISO 51,200.

Shoot for longer with the new longer life LP-E6NH battery, which powers both the EOS R5 and EOS R6. There’s also good news for creatives upgrading from the Canon 5D, 6D and EOS R series cameras, as your old LP-E6 and LP-E6N batteries are also compatible with the EOS R5 and EOS R6, although performance may be affected and they won’t last quite as long.

Both the EOS R5 and EOS R6 boast Canon’s new Dual Pixel CMOS AF II with up to 1053 autofocus zones and 5940 user selectable AF point positions. These are the first cameras from Canon to offer complete 100% frame coverage, giving you the ability to track your subjects right to the corner of the frame. Both the EOS R5 and EOS R6 offer up to 20 frames per second continuous shooting with the electronic shutter.

The EOS R5 and EOS R6 both feature dual card slots which is a welcome pro feature that allows you to automatically make backups of your work as you shoot. The EOS R5 does have the edge however, as one of its slots accepts the new CFexpress memory cards. These are the fastest available cards on the market and work at the high speeds required to shoot 8K movies. 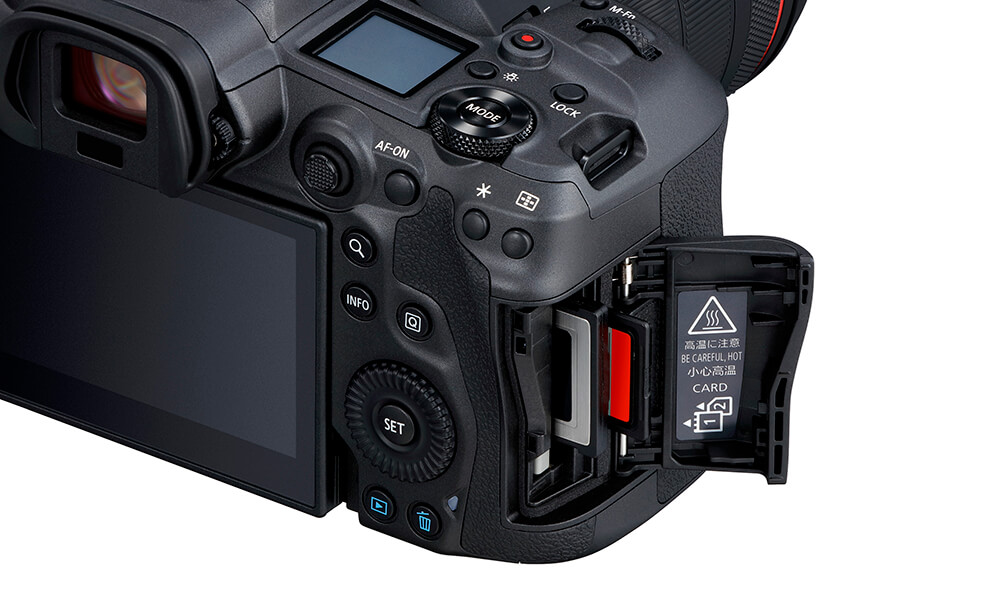 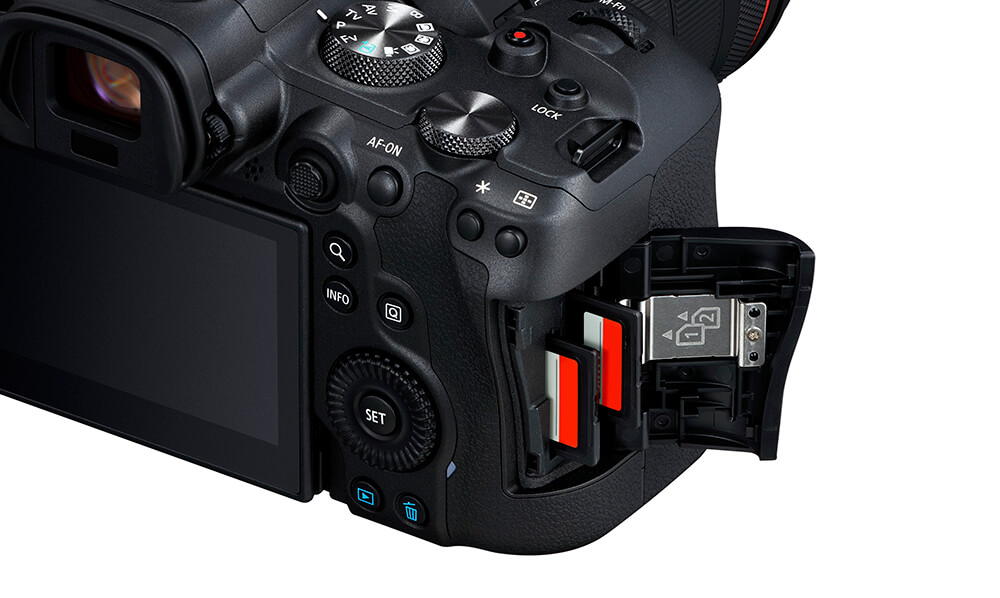 Additional Shared Features of the EOS R5 and EOS R6

HEIF File Format: A new compressed file format that’s roughly the same size as jpg, but with much better quality and colour range.

Canon Log: Ideal for creatives who need to colour match their video footage to other Canon cameras in post production.

Zebra Display: Perfect for monitoring and controlling exposure and highlights.

Advanced User Customisation: Set up your EOS R5 or EOS R6 for your personal shooting style with advanced button and dial customisation options.


Which Camera is Right for You?

The EOS R5 boasts more power and bigger features, but there’s no denying that the EOS R6 is a heavy weight in its own right.

The EOS R5 is the perfect hybrid camera for professionals who want and need the absolute latest technology to advance their work and push the boundaries of what’s possible. Whether you’re a commercial photographer or wedding videographer, a landscape photographer or travel filmmaker, the EOS R5 boasts those extra megapixels and advanced 8K video shooting modes to give you unbridled creative control and flexibility.

On the other hand, for those who don’t necessarily need the extra megapixels or 8K movie modes, the EOS R6 still offers a wealth of the EOS R5’s innovative features and functionality in an equally attractive package.

What’s more, the EOS R5 and EOS R6 both pair beautifully with Canon’s revolutionary range of RF lenses, as well as Canon EF and EF-S lenses via a choice of 3 EF-EOS R mount adapters.

No matter which camera you decide is best for you, there’s never been a better time to upgrade to the world of full frame mirrorless shooting with Canon.

Find out more about the EOS R5 and EOS R6.