Canon Master Phil Hillyard has an extensive history of photographing sports for major newspapers. Here he reflects upon his career and reveals how he captured classic shots of two Australian leaders – one on the verge of retirement from an illustrious sports career and the other in the ascension to the most important job in the country.

You cannot stop learning this profession, and I guess composition is a really big thing to me, and I think if you can start to work that out, you can become a good photographer.

On getting into photography

I was pretty lucky. I got into photography at a young age. I was about 12 or 13 and a family friend who was a historian had written a book about the history of the South Australian National Football League. I was flicking through it and saw it had a lot of these black and white photographs in it, and I asked him: "Where did you get the photos from?" and he said he'd taken a lot of them himself. My response was: "Oh, what a great job. Sit on the sidelines and shoot the footy." I just went from there and decided straightaway that's what I'd do.

I definitely love that I start with nothing. There's nothing there, and it's up to me to go out and find a picture and produce something with good feeling and good composition. That is really important to me.

I think it was about 1996 when I moved across to Canon. Growing up, my dad had a Canon T70, which was probably the first camera I picked up. My dad probably won't like me saying this, but I do remember while camping once that I picked up the camera and I was trying to work out this split image focus thing and he said something like: "Mate, if you can't work that out, you're not going to be able to do it." And I thought: "Oh, well, bugger him, I'll find out a way to do it," and I guess I worked it out. But dad has been such a great support throughout my career and showed me what you can achieve by having a great work ethic.

On recreating history with Steve Waugh

I love sport and was lucky that I had a very good photography teacher at school. As such, most of my career has been sport and it’s something of a tradition for me to photograph the Australian cricket captain in a portrait setting.

This shot of Steve Waugh’s retirement from test cricket and the Australian captaincy is one of my most iconic, but at time of the photo shoot, I had no idea of its significance. Merely hours after I captured that photo of Steve he announced his retirement and suddenly that image became the front page on papers around the country.

Twelve years later, as a Canon Master I was thrilled to return to the SCG with Steve and a group of enthusiast photographers to talk about my years following Steve and the team around the world. What people didn't realise was that after the talk we were going down to the home dressing shed to recreate Steve's retirement portrait. It was an amazing experience and one that I loved sharing to inspire other photographers. 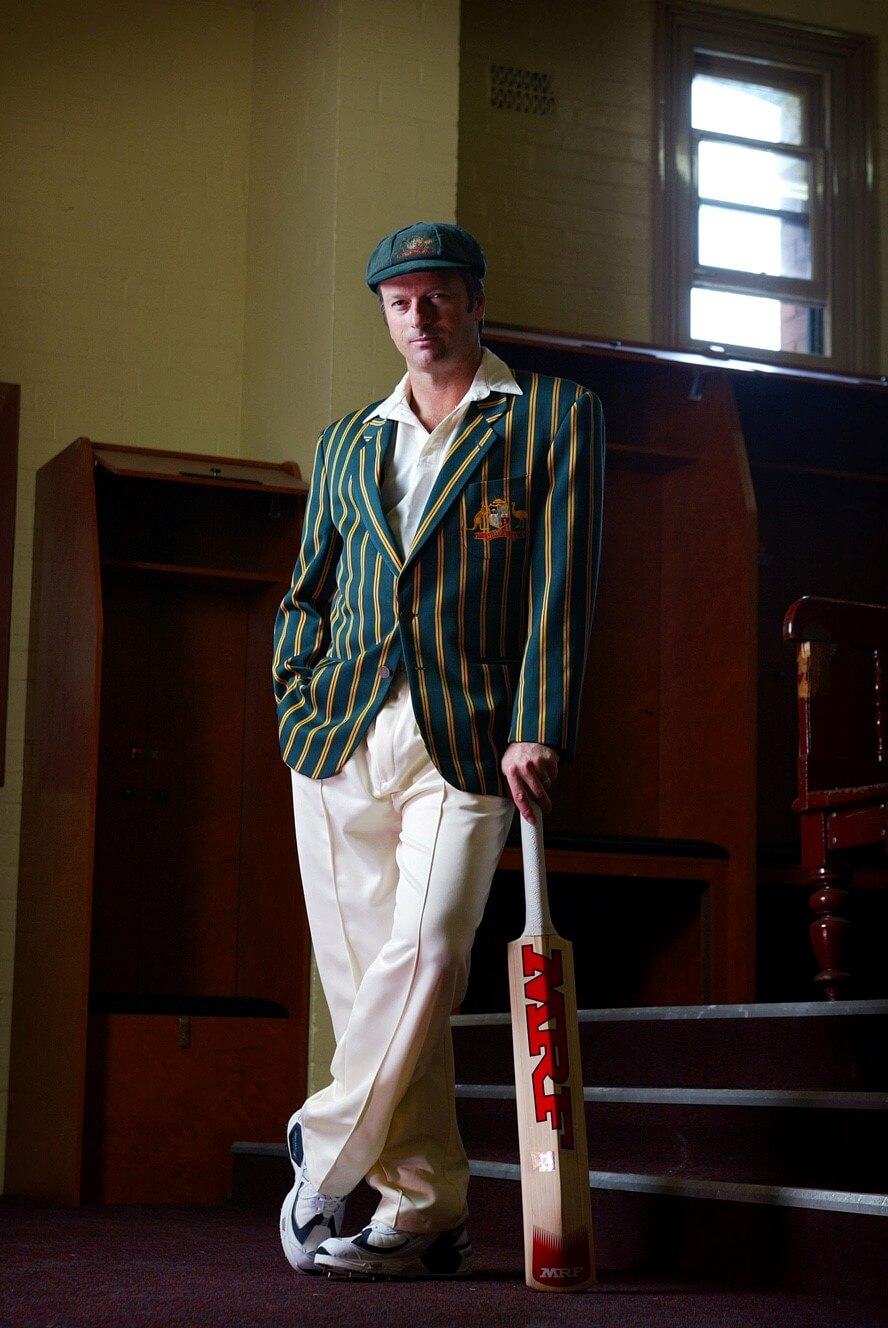 On that Julia Gillard shot

I got thrown in the deep end when Julia Gillard toppled Kevin Rudd for leadership. I was asked to go to Canberra and spend a week following her around. My editor had allowed me to do the series in black and white and to be a fly on the wall for a few days. I remember walking out of a room and 10 minutes later when Julia walked out, I just hit her with a flash of the camera. I don't think she was expecting that but she saw my passion for the assignment and as such, pictures started to happen.

I went back later just before the election was happening, and I desperately wanted to try get a picture of her in a room somewhere at the end of a day. When this shot was taken it was after midnight. I was invited to come up to her room, and just take a picture of her meeting with her staff in planning for the next day. I remember thinking it was pretty weird as it was 1am and I knocked on the door, and the Prime Minister answered and the bath was running. And I said: "Prime Minister, I am sorry, but I'm not photographing you in the bath". And she said: "No, you're not!"

I put all my energy in to trying to achieve that image. Finding your passion and working hard at it has been my law, I guess. So, if I've got goals, I go for it, attack them, and just, if I set that goal, to me, not achieving it's not an option. 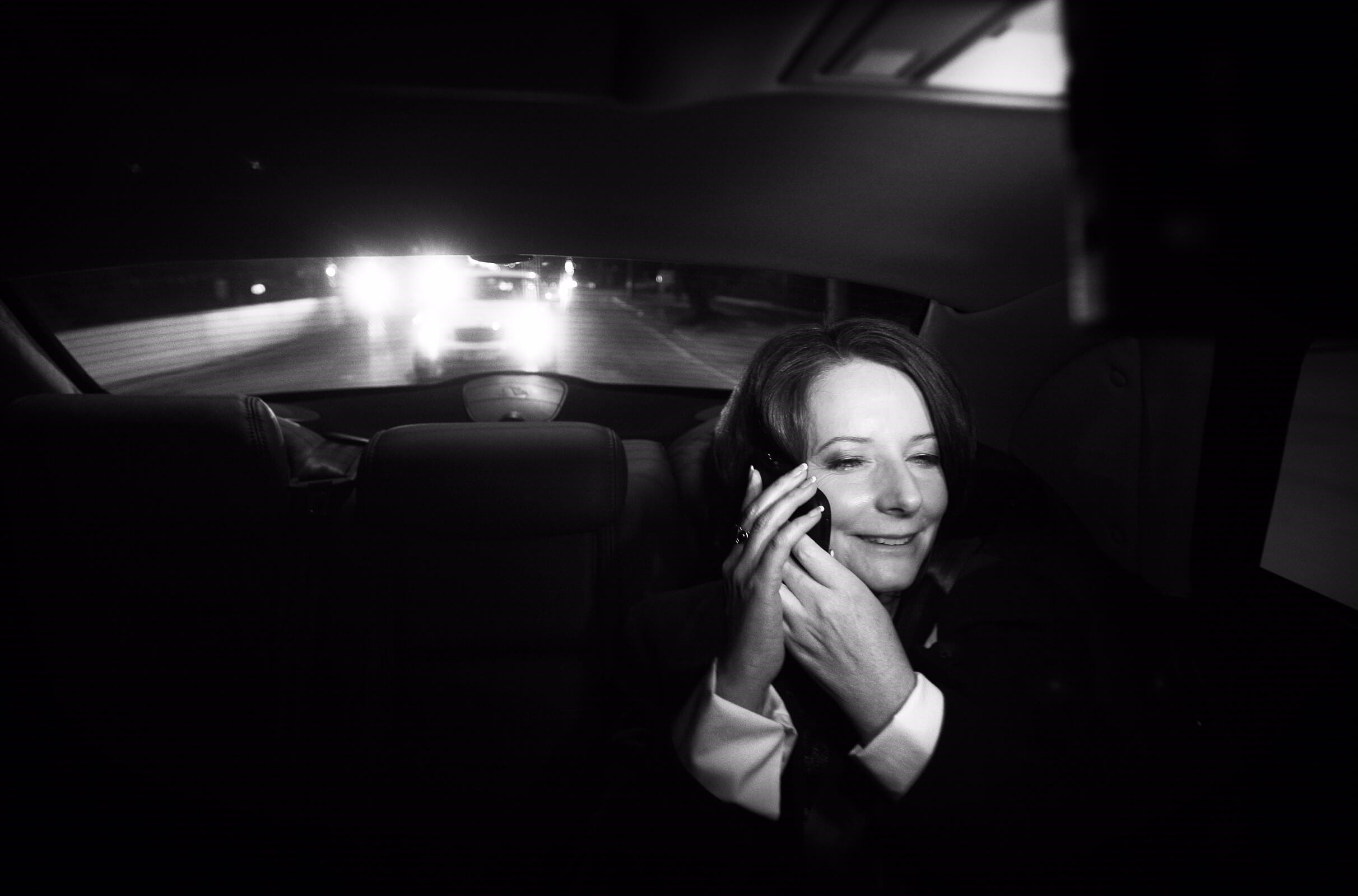 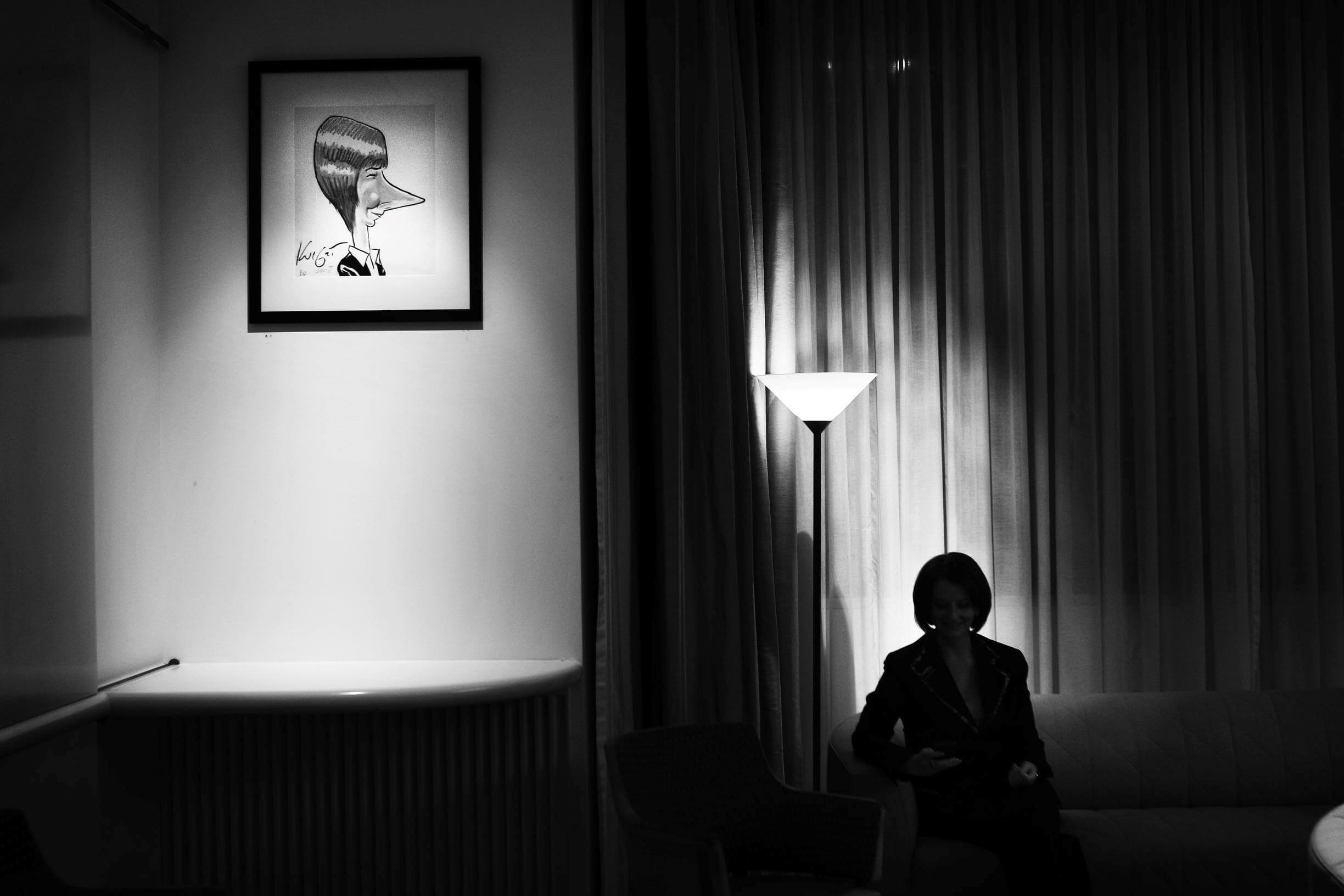