Turning the Printer ON

" of the power switch to turn the printer ON. 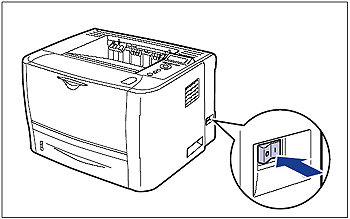 The indicators and display on the control panel come on, and the printer initiates a self-diagnostic test on the printer unit and optional accessories.

If no abnormality is found during the self-diagnostic test, the Online indicator, Ready indicator and Paper Source indicator for the currently selected paper source come on, ⋖00 READY⋗ appears in the display, and the printer is ready to print. 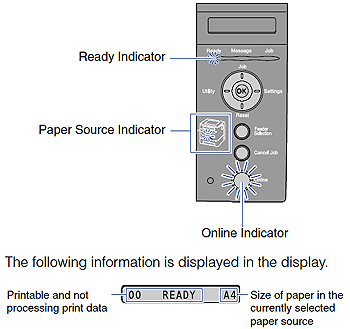 Turning the Printer OFF

Turn the printer OFF using the following procedure.

1. Make sure that the Job indicator is off. 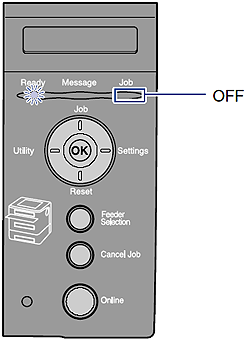 " of the power switch on the printer.

It is recommended that you shut down the printer before turning it OFF. (See [Shutting Down the Printer])

If you are using WSD, the shutdown notifies the computer that the printer is turned OFF. 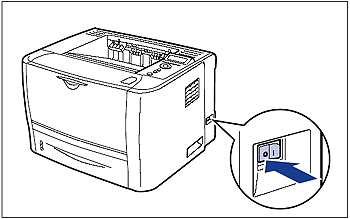 "Was this helpful?"
Submit