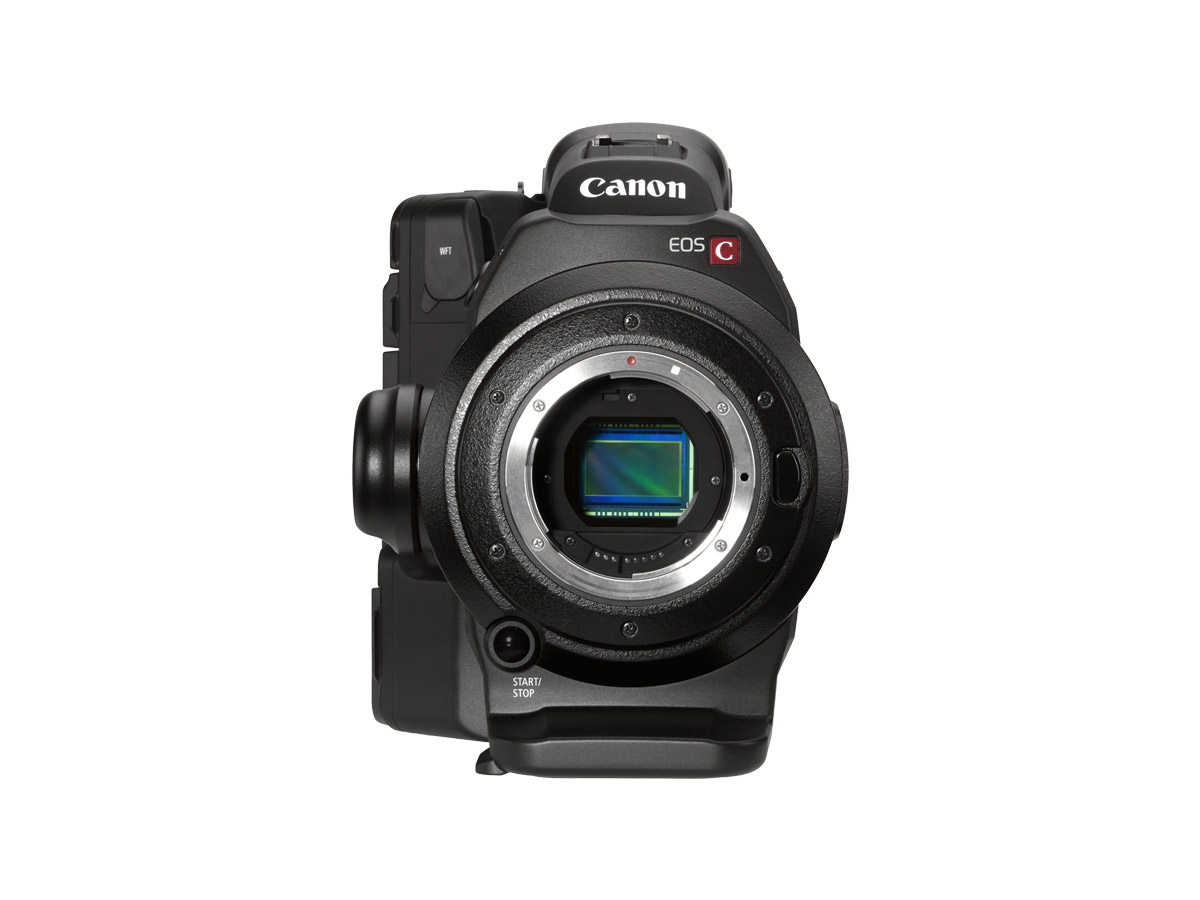 Firmware Version 1.1.8.1.00 incorporates the following enhancements:
For EOS C300 EF only
1. With the CN7x17 KAS S/E1 *1, CN-E18-80mm T4.4 L IS KAS, or CN20x50 IAS H/E1 *1 attached, the following functions are available:
- Metadata, such as the model name and focal distance of the lens attached, can be acquired and displayed on the camera. *2
- Peripheral illumination correction is supported. *2
- Aperture can be adjusted manually by operating the camera's Control Dial. *2
- Settings can be made so that the zoom can be operated using the joystick on the grip unit of the camera.
- The zoom/focus*2/iris*2 can be operated using the separately-sold RC-V100 Remote Controller.
- The focus and iris can be operated via Wi-Fi Remote.*2
- The automatic aperture and Push Auto Iris functions can be used.
2. Support for peripheral illumination correction when the EF 24-105mm f/4L IS II USM is attached has been added.


Note:
Firmware Version 1.1.8.1.00 is only for EOS C300 cameras without the Dual Pixel CMOS AF Feature Upgrade. If your camera's firmware is already version 1.1.7.1.00, it is not necessary to update the firmware. Once the camera is updated to the latest firmware version, it cannot be restored to a previous version.


Preparations for a firmware update:
After the Firmware update has been performed, the camera's menu settings and custom picture settings will be reset. It is recommended that users save their menu and custom picture settings as settings data to an SD card, separate from the one that will be used to carry out the update, before starting update operations. This saved data can be loaded into the camera and the settings can be changed after the update has been completed. For further information on this, please refer to the section in the camera's user manual titled Saving and Loading Camera Settings.
Once you load the setting data to the camera with the new firmware, you cannot write the data back to the camera with a previous version firmware.


History
Changes in Firmware Version 1.1.7.1.00:
1. Corrects the tone parameters when [Light Metering] is set to [Backlight] in [Camera Setup] and when specific custom picture settings* are selected.


Changes in Firmware Version 1.1.3.1.00:
1. Shortens the duration until it is possible to start recording when a high-capacity CF card exceeding 128GB is used.
2. Enhances the operability when setting the white balance through an improved user interface.


Changes in Firmware Version 1.1.0.1.00:
*EOS C300 Cinema EOS Camera & EOS C300 PL Cinema EOS Camera
1. Ability to move the magnification viewing area around the LCD using the MAGN Function.
2. Support for a 1440x1080 / 35 Mbps recording mode.
3. ISO up to 80,000 has been added.
4. Added functionality to support the optional Canon GPS Receiver GP-E1.
5. A Key Lock menu setting has been added which now makes it possible to lock all operations, including the START/STOP button.
6. Using the optional Canon WFT-E6 Wireless File Transmitter, the camera's remote-control application allows two users to access the same unit via a Wi-Fi link providing simultaneous camera operation and control and metadata input simultaneously.
7. [Lens Exchange] and [ND+]/[ND-] have been added as functions that can be allocated to any assignable button.
8. A new Wide DR Gamma setting provides an expanded dynamic range of 800%.
9. Flicker Reduction has been improved.
*EOS C300 Cinema EOS Camera only
10. Provides Push Auto Iris and One-Shot AF operation.
11. A new AE Shift function and the selection of various light-metering modes are now available when used with some Canon Cinema lenses (EF mount) and Canon EF Lenses.
12. Ability to assign the two control dials to operate either Iris or ISO sensitivity independently.
13. Peripheral Illumination Correction Data has been added for seven (7) Canon Cinema lenses (EF mount) and fifteen (15) Canon EF Lenses.
14. A function has been added to enable continuous focus and iris setting on a subject in the middle of the screen when one of the two EF STM lenses is attached.


Changes in Firmware Version 1.0.9.1.00:
1. Remote control of the WFT-E6 and Wi-Fi peripherals on an ad-hoc connection using iOS6/Safari has been made possible.
2. The polarity of the XLR terminal has been modified to improve compatibility with external audio devices. The pin configuration has been modified to be consistent with the description in the Instruction Manual. Before the Firmware update, the pin configuration for the XLR jack was (pin1: shield, pin2: cold, pin3: hot). After the Firmware update, the pin configuration for the XLR jack will be (pin1: shield, pin2: hot, pin3: cold). The XLR pin configuration meets the international AES standard recommendation. The firmware update will avoid the scenario where use of the unit in combination with a device of different polarity than the XLR terminals would result in reduced sound levels due to a reversal of the phase relationship.


Changes in Firmware Version 1.0.8.1.00:
1. Some of the EF lens products that can be mounted on the camera can be controlled more reliably.


Changes in Firmware Version 1.0.7.1.00:
1. Corrections to the Spanish and German language texts in the View Assistance function [View Assist.].
2. Efforts to correct image color fringing when a subject is of high contrast have been made.