How do you put a new camera to the ultimate test? No matter how revolutionary the design process, or time spent in research and development, it’s not until a product gets in hand that you get a sense of how photographers are going to respond. For the release of the new Canon EOS R it was decided that the camera would be placed in the hands of five photographers who up until that point had heard only whispers of what the new release was going to entail. 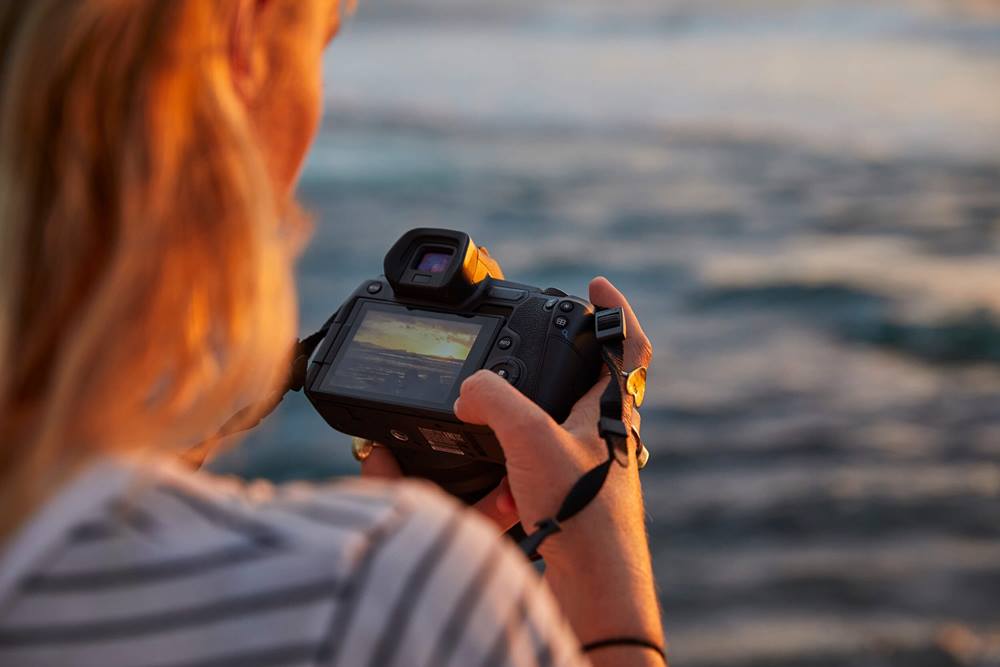 All regular Canon users, they would have 24 hours each to familiarise themselves with the camera’s new features, re-think how they would usually approach a project like this, and capture world-class images of their chosen subject. The twist? They were all going to Japan, and, the subjects that they chose had to depict a side of Japanese life that wasn’t part of the mainstream.

The EOS R is the first full-frame mirrorless camera in the Canon range. 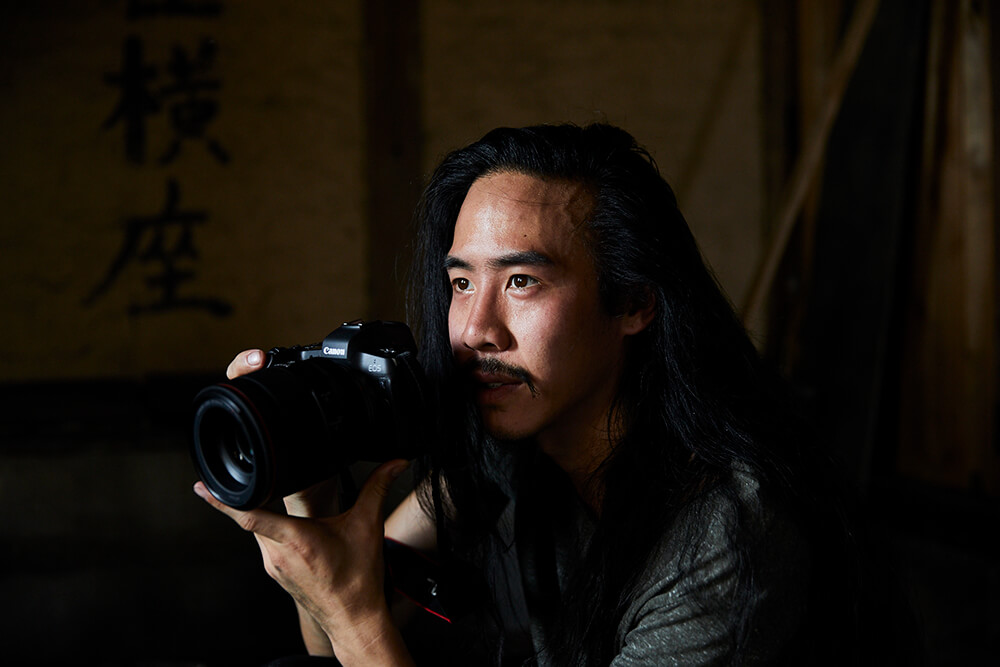 The functionality has been streamlined, with new touch controls at your fingertips, and the smaller size still feels comfortable and robust in the hand. It’s designed to excel in low light and fast moving situations, and has the world’s fastest focus lock, allowing photographers to stay with their subject rather than having to re-focus.

But most importantly this is a new system built with exceptional lenses at its core. Each RF lens pushes the boundaries of technology, with faster communication with the camera body, and new features built in.

A control ring is fitted to the front of all lenses in the range, so you can customise it to change aperture, shutter speed or ISO without having to break the connection with your subject. 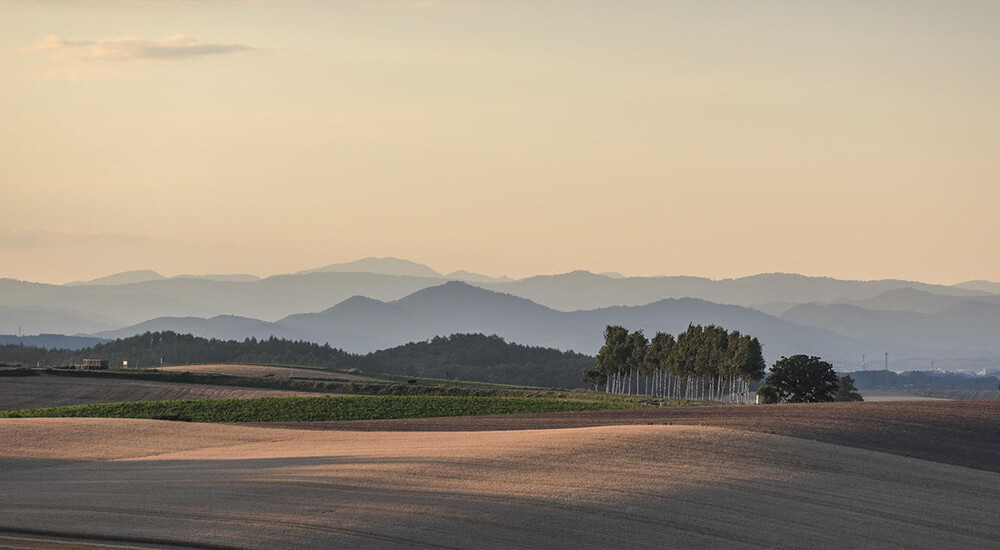 Each photographer was chosen for their varied backgrounds. The aim was to put seasoned photographers in unexpected situations, with fresh equipment to see how they could push the boundaries of what they knew they could shoot. Jarrad Seng’s photography craft is travel and commercial projects, Cait Miers shoots surfing and lifestyle, Dr Chris Brown has a love of nature and astro photography, Beren Hall is a surf filmmaker who loves to shoot stills on his travels as well as motion, and Maria Boyadgis spends her nights deep in the mosh pit capturing Sydney’s music scene. 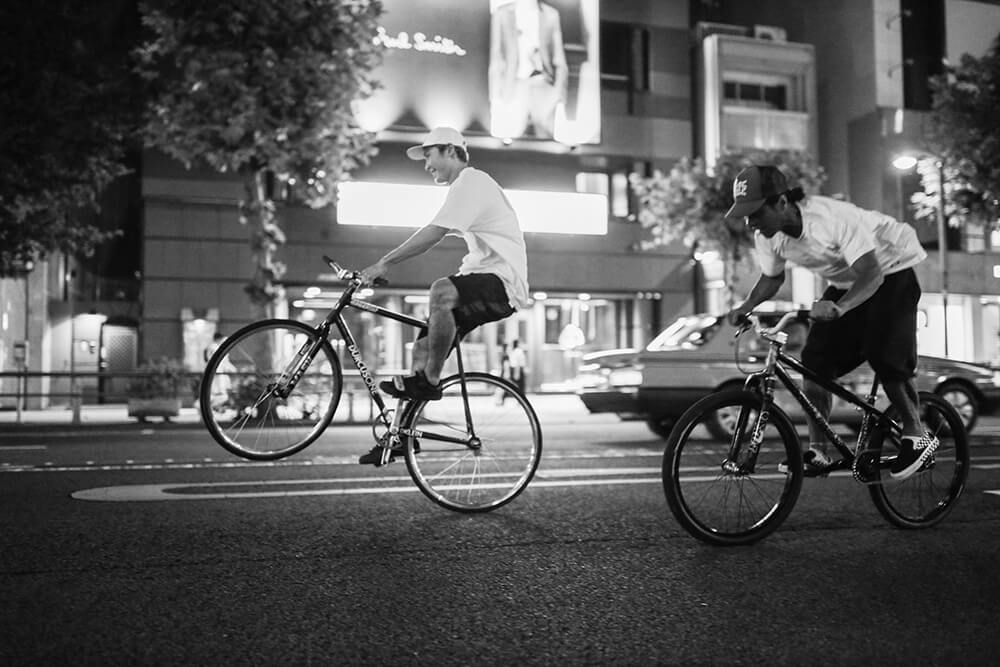 As they passed EOS R between them, the only pre-requisite for their 24-hour stint was that it had to get them outside their comfort zone, to re-think the way they shoot.

Without fail the photographers were impressed by the EOS R’s capabilities. “It's a smaller body, more lightweight,” said Jarrad Seng, who spent part of his shoot with master samurai swordsmith Asano Taro crafting a blade in Gifu.

“There was so much going on that slowly I started realizing, ‘Oh wow, this is really fresh. This is a game changer.’” 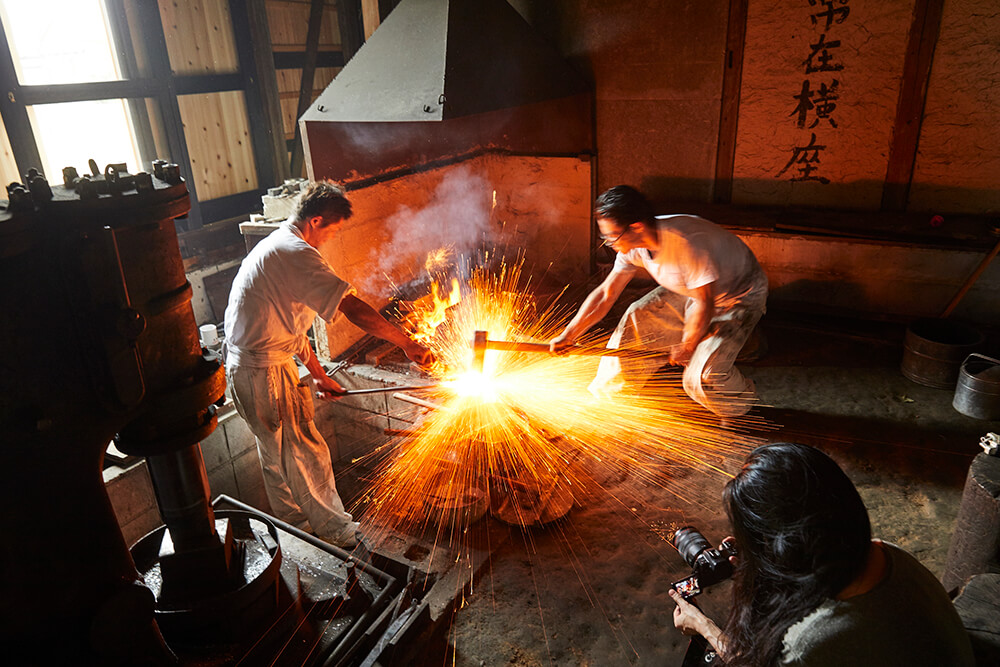 Another common finding among our five was that once they got used to it, the lens control ring opened them up to a whole new way of shooting. “When I first started shooting I actually didn't know about the control ring,” Maria explains after spending 24 hours in Tokyo, capturing a different side of a much documented city. “But when I did find it, I thought it was really convenient. It made it a lot faster for me to shoot when I could change the aperture really fast.” 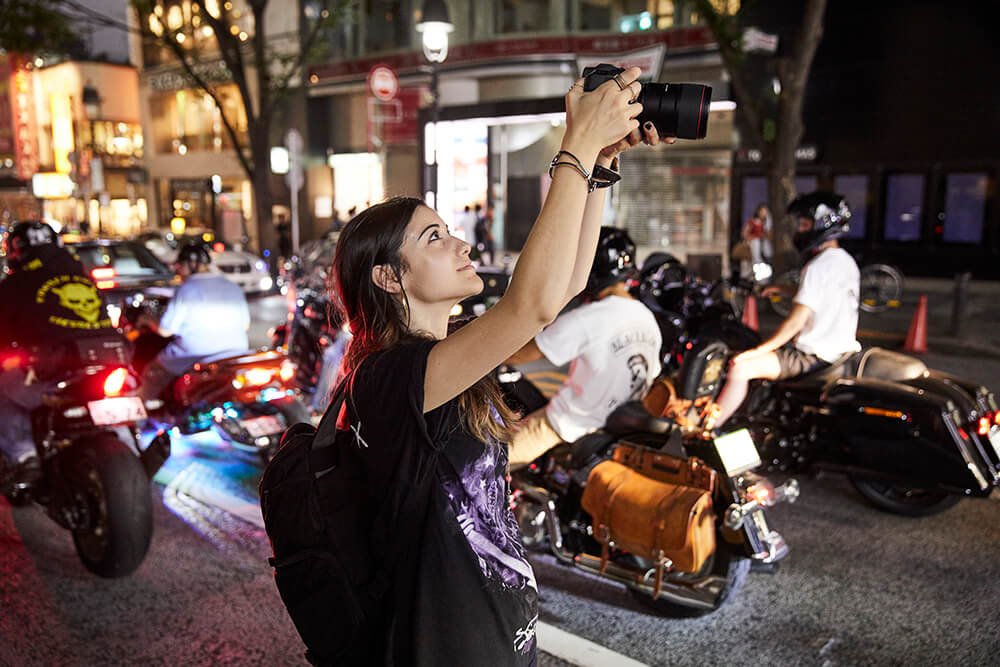 For Beren Hall, it was exciting to pick up something so new, yet it still had that classic Canon feel in the grip. “I was really impressed with the size of EOS R. It felt really nice in the hand, very ergonomic. Smaller, but not less sturdy.” He highlighted the EOS R’s silent mode as one of the camera’s features that allowed him to shoot things that he wouldn’t be able to with his usual equipment. 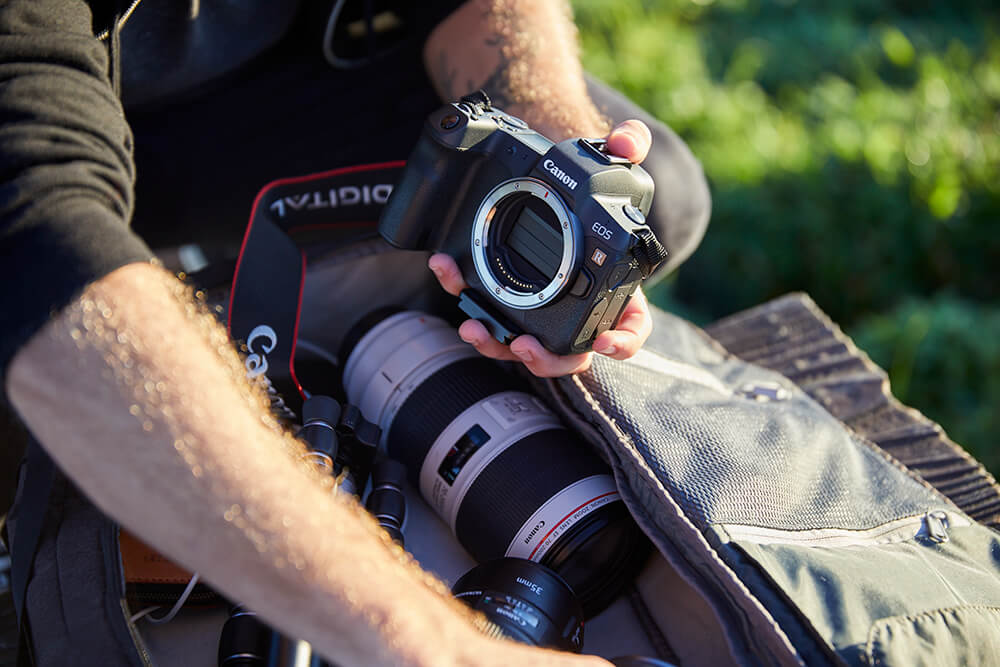 Being able to pull the trigger in silence allowed him to shoot intimate and beautiful portraits of Buddhist monks meditating in the Iya Valley. “It's such a rare, intimate experience,” says Beren. “So being within that closed space with a feature like that allows you to have more of a connection with a subject. You could also pump the ISO on this camera and not lose the detail shooting inside a dark room.” 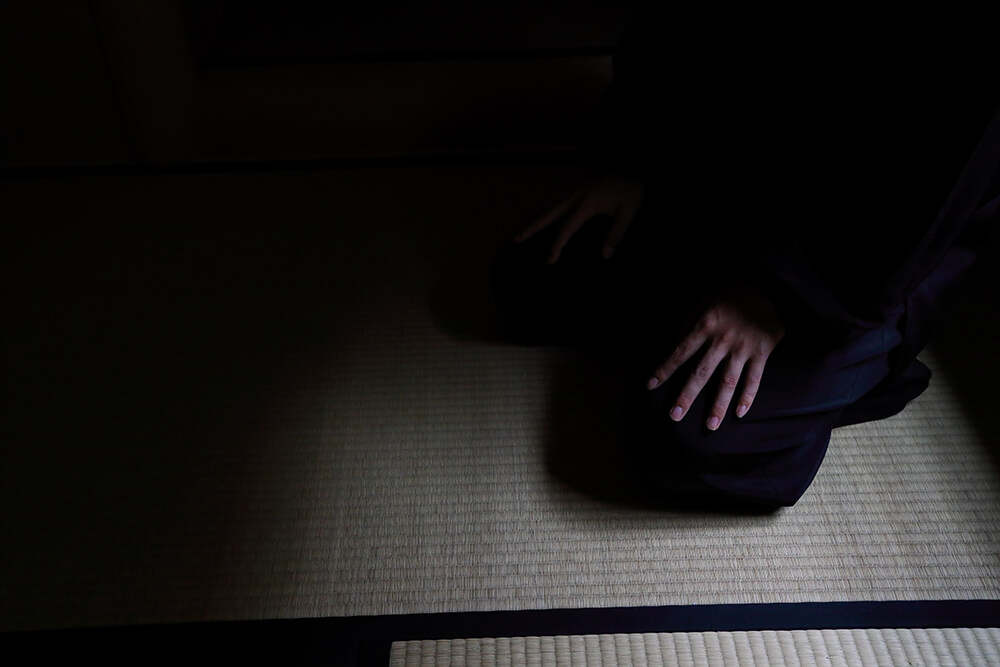 For a filmmaker, being able to film 4K at 30 fps made EOS R a good addition to Beren’s travel kit, “it’s very smooth and really nice to use for hand-held video.”

Cait Miers was charged with documenting local surfer Kaori Mayaguchi and surf culture in Shikoku, including wooden surfboard hand-shaper Munetoyo Tanaka in Shikoku, and found the camera’s touch screen focus to be perfect for shooting the fluid process. 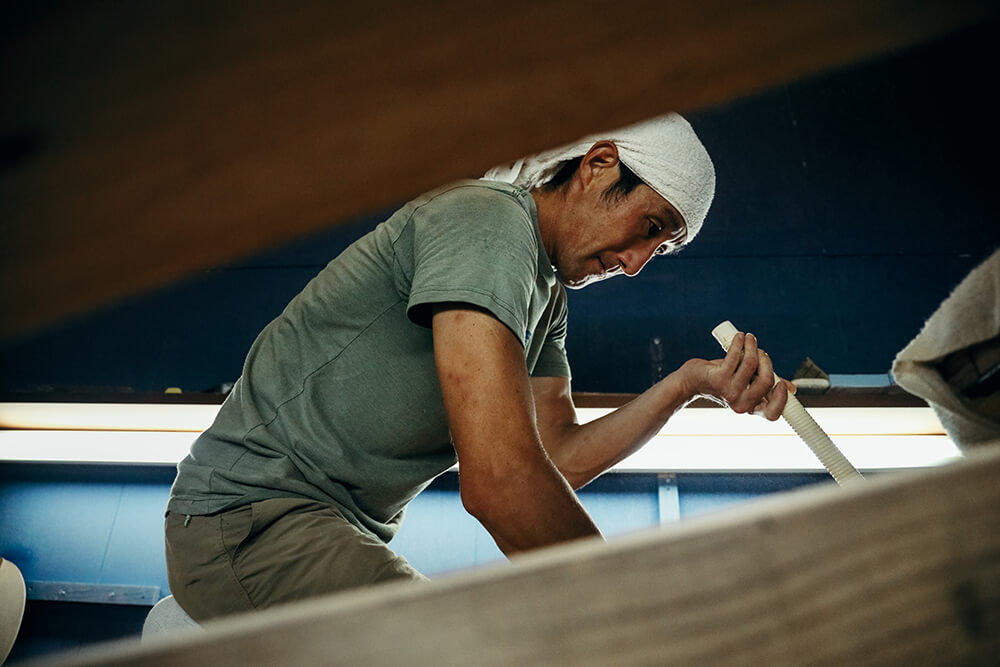 “You can use your thumb on the touch screen on the back to pull focus,” she says. “It’s handy to be able to change quite quickly as your subject moves.” As a photographer often up before dawn, the low-light capabilities really appealed to Cait. “The camera went really well in low-light,” she says. 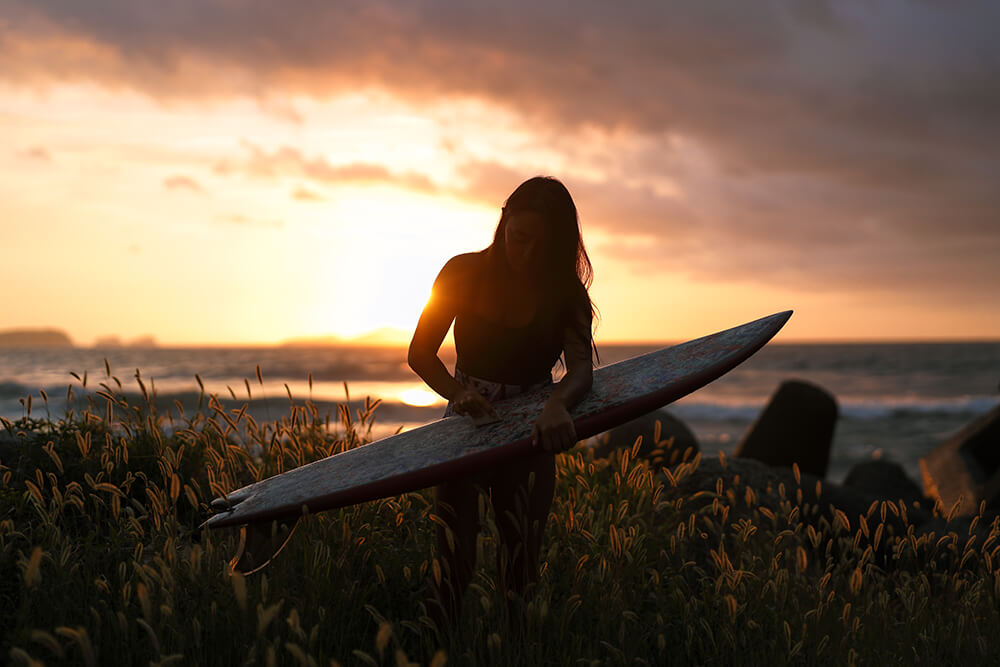 “I didn’t have to turn the ISO up too high, so as soon as there was a little bit of light from sunrise I was able to start shooting. I’m often shooting around the ocean that early.”

Although all of the photographers got the chance to shoot in low light, it was Dr Chris Brown who really put the EOS R through its paces when he went to Northern Hokkaido to shoot the stars and the Milky Way. “The great thing about the EOS R is it can handle high ISO levels without generating grain or excess noise,” he said of the experience. 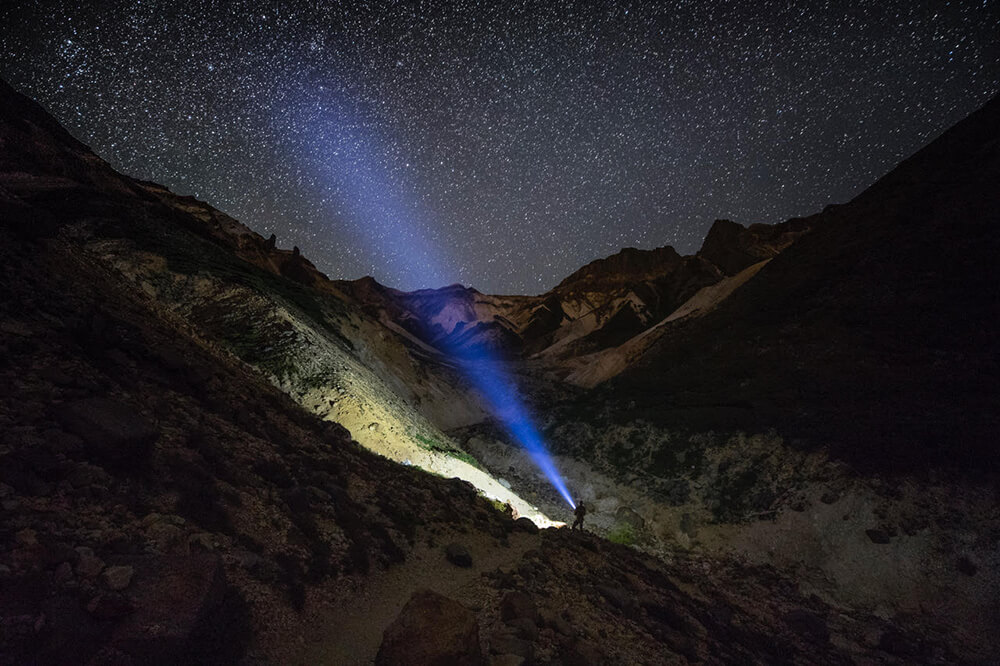 “Now I have a camera that I can pack into my kit that’s light enough to go hiking for hours, and when I pull it out it’s going to get the job done in low light.” A lover of astrophotography, Brown has proudly accumulated a collection of L series lenses over the years. But realising how they’d work with the EOS R opened up the possibilities.

“To be able to simply use an adapter which has the control ring built into it, that’s a really nice feature that opens up new possibilities. I have a 35mm f1.4 that I absolutely adore, so I’m looking forward to see what it can do with the EOS R.” 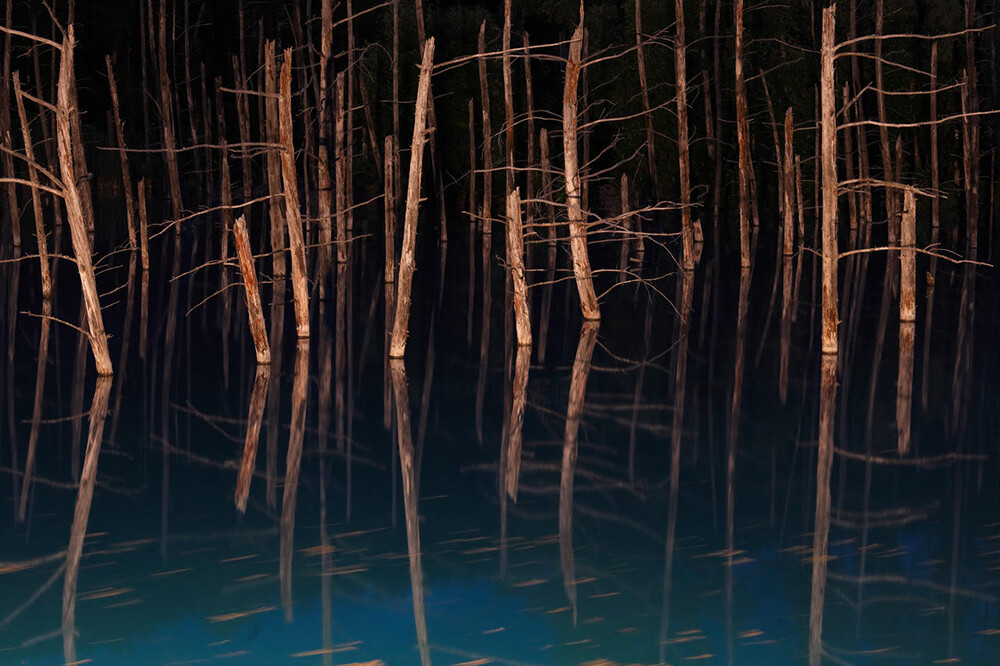