/ Get Inspired
/ Champions
/ Meet the mentor

Canon Master Daniel Linnet collaborated with Lisa Wilkinson on her first photographic exhibition. As Creative Director, he was instrumental in supporting Lisa to produce a powerful visual story of ten Australian women who have inspired her and influenced modern Australia.

Normally I work with creative directors and art directors so it was certainly taking me out of my comfort zone. In addition, I was asked to mentor Lisa through the process and once we got going and Lisa was so receptive to the ideas that were being put forward, it became quite an amazing experience. I'm actually really looking forward to having another go at something like this down the track. 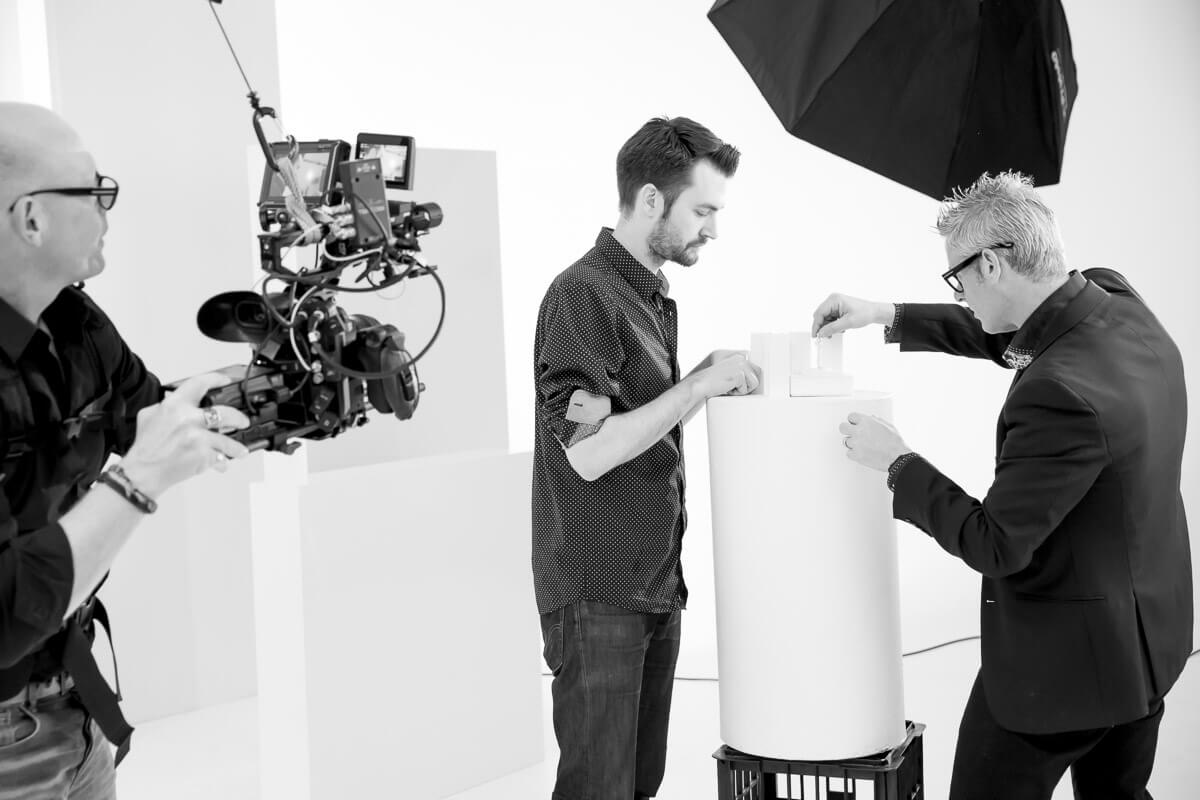 Lisa is such a great person and an amazing soul

From the moment I met her, we clicked and got on really well. She was very open to a lot of the concepts that we discussed, but she also had a very distinct idea of what she wanted to achieve with these images. So for me, it was a really nice collaboration – a little bit of give, a little bit of take. I think something like that is what really brings a concept together.

Visual storytelling is quite an intricate art

I love building narrative around my subject with a series of clues that allow the viewer to be able to interpret the image in their own different way, fill in the blanks and make up their own bits of the story. Sometimes these clues are quite literal; other times, very subtle. It could be a little gesture of the subject, or the way the subject is connecting with the camera such as body language. They all allow the viewer to have a personal experience with the image.

She particularly wanted to shoot in black and white to keep the imagery timeless and elegant so I thought we should do an homage to 1940s magazine spreads from Vogue and Harper's Bazaar, influenced by photographers like Cecil Beaton, Erwin Blumenfeld and Horst P. Horst. The imagery was just astounding. When I was starting in photography, they were my very early inspirations. Given her background in publishing, it proved to be quite a poignant concept because this is about Lisa's story and the women that have influenced her life and her journey. 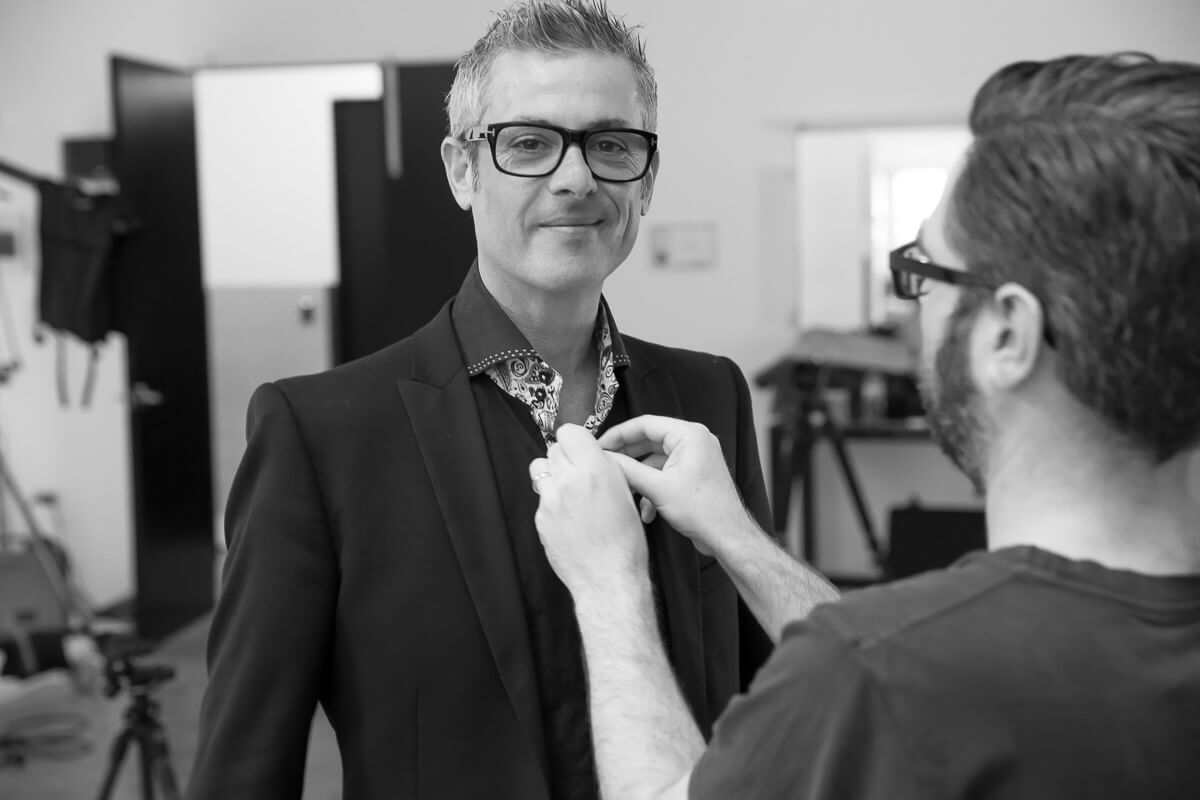 But for a shoot of this level, there are so many different elements that need to come together. Working with individuals that are passionate about what they do and understand the concept is really important. Starting with wardrobe for example, even though we knew that the women had to be dressed in white, we also felt that the wardrobe needed to reflect their personality. It also needed to make them feel good and beautiful, and something that they would normally wear, but probably wouldn't think of wearing at the time. For me, that was a really important part. Wardrobe, hair and makeup are the elements that tie the whole shoot together because these women are so individual, we wanted to ensure we had a versatile set to create different environments.

The biggest challenge was achieving a variety of images that were unique. It was important to ensure that it didn't look like a corporate portrait shoot. I wanted to make sure that every shot had that more of a fine art angle to it. In particular, watching the way Lisa worked with her subjects, improve as a photographer and really develop her skills and embrace the process is one of those things that, for me as her mentor and creative director, is quite special. It's certainly something that I'll never forget.

I wanted to be able to create an individual environment for each of the women to interact with – one that wasn’t overpowering but could still reflect each of their unique qualities. We did this by creating a single set that could be reconfigured 10 unique ways yet still tie the whole concept together visually. And our amazing set designer, James Browne delivered. He presented a perfectly simple solution – a modular set consisting of a series of movable corner pieces that can be used to create different shapes and architectural depth along with white gloss podiums and a deep white window wall that could be positioned a number of ways. James also created a scale model of the elements with so we could test photograph the variations with plastic models of the women as stand-ins. 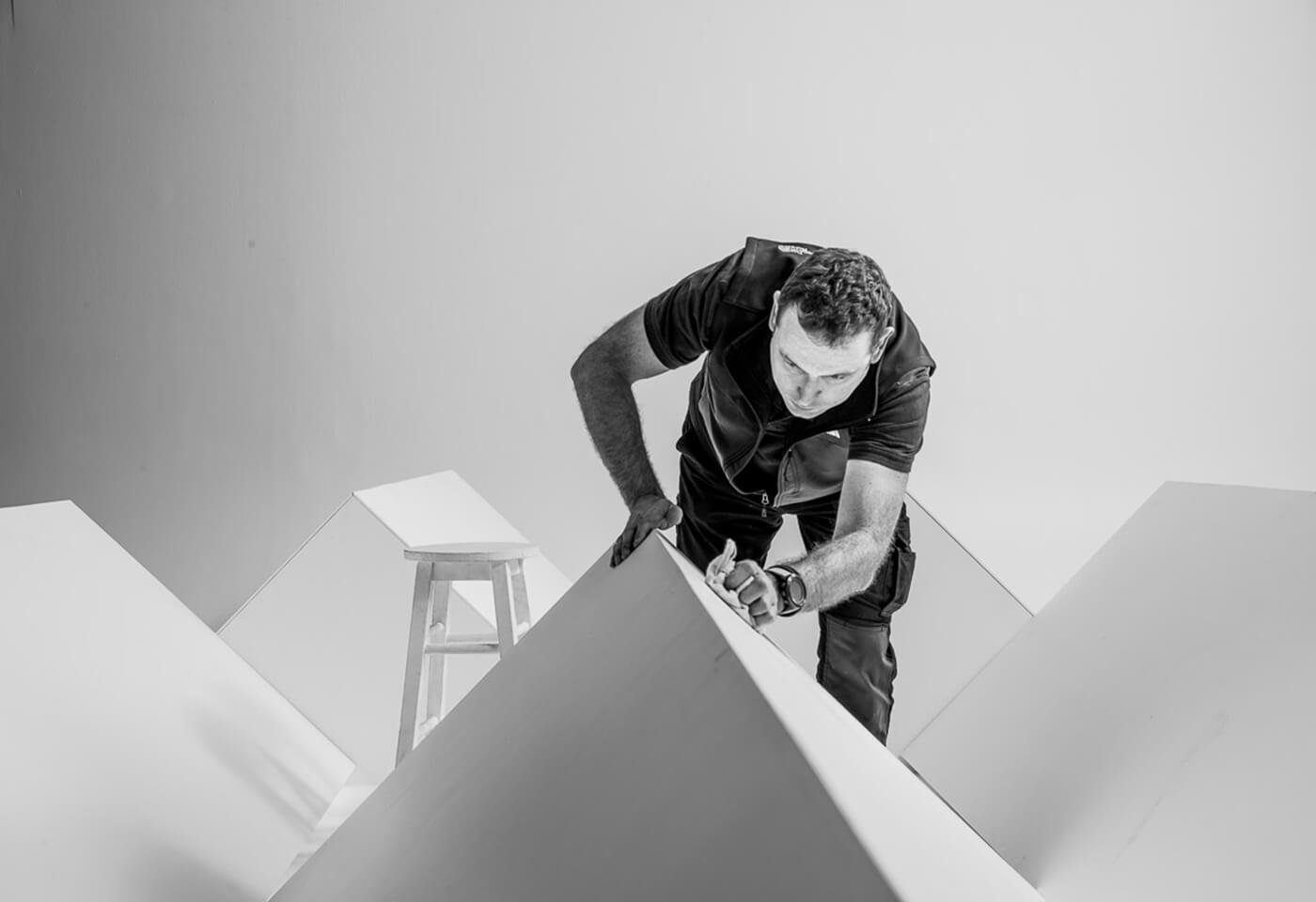 We bounced it through openings between the pieces so it could sweep naturally over the surfaces to create the soft tonal transitions of highlights into shadows, and all the mid-tones in between. I wanted to make the most of this challenge of shooting white-on-white because it allowed us the options of controlling the key of each environment – high, mid or low.

When she came on set with the women, it was like watching two friends interacting. Lisa knew exactly what she wanted out of each shot and directed the subject in that way. In addition, there was also a lot of warmth and friendship, so there was a little bit of banter and dialogue. It wasn't all about the intensity of capturing the shot. I think she really managed to bring out the real person in each of the subjects that I felt added a secondary story to each of the shots – that of the relationship between the two women.

I remember watching these women come on to the set and they were really nervous about the process and then their incredible transformation walking off the set as empowered individuals. Some of them Lisa managed to capture strength and the power, but she also managed to capture the fragility and the girly side of some of these women who are perceived to be so strong. 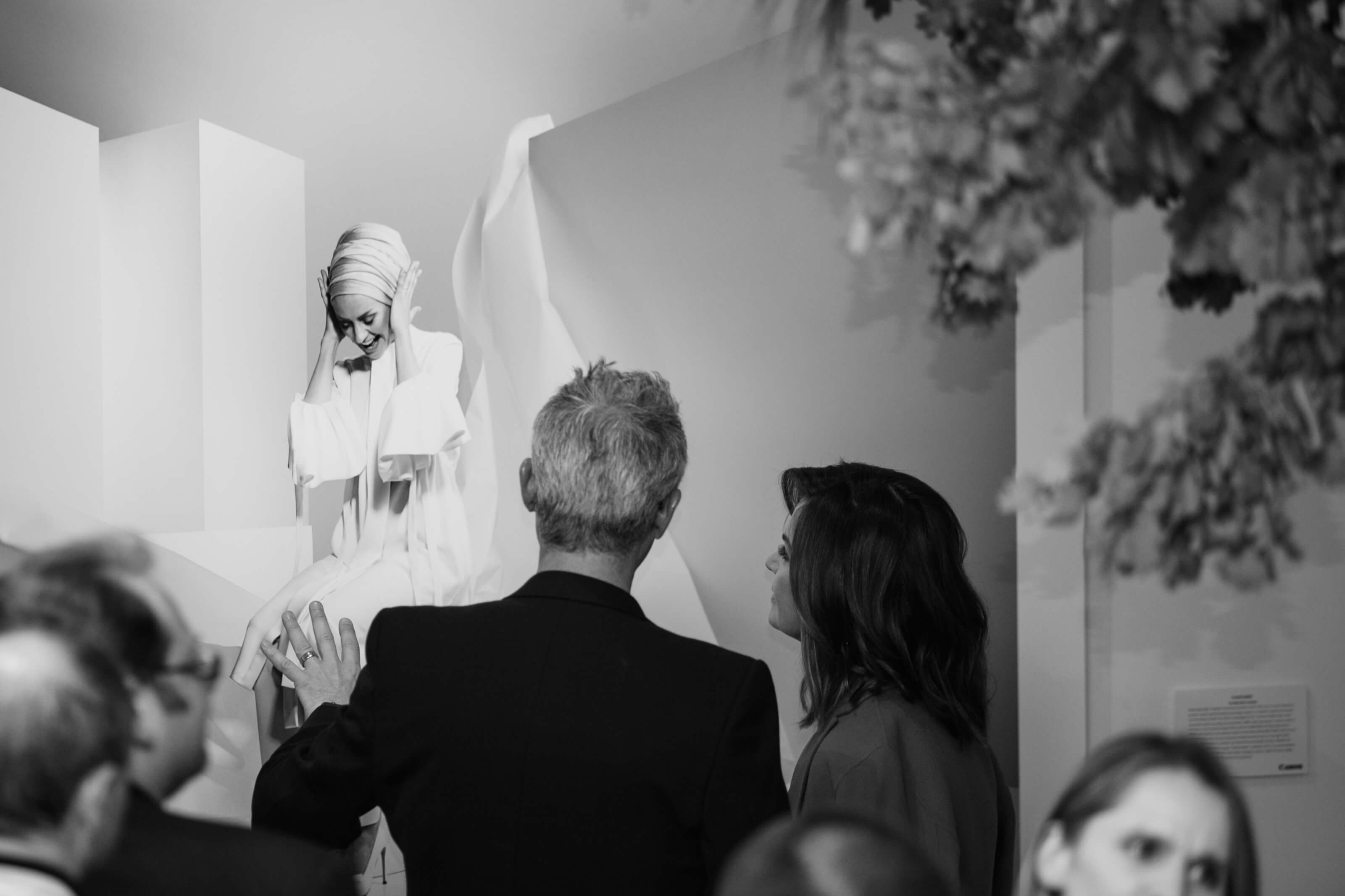 Firstly, it’s very important to establish the rapport with your subject, and with Lisa it was about conducting those pre-interviews. Also have a little warm-up shoot at the start. I like to start up close and personal for a few close up portraits and fill the frame. Music can often set the pace and tone for the shoot so use it. Also, make sure you don’t get flustered if a pose is not working, just move on to the next. Constant positive reinforcement is really helpful, but at the same time, don't be afraid to clear the set to have some quiet time with your subject. And push them – just a little – but don't over direct. Make it a fun experience for them. Discuss the process and encourage their input when it feels right.

This is when your subject is simply being themselves rather than a ‘camera face’. There is a very fine line between a portrait and a beauty shot. Make sure you shoot lots of images and try to get a flow happening. Every session should have a rhythm and a flow. And don't keep looking at the screen – retain the connection with your subject as your support team will keep an eye on focus and lighting issues. 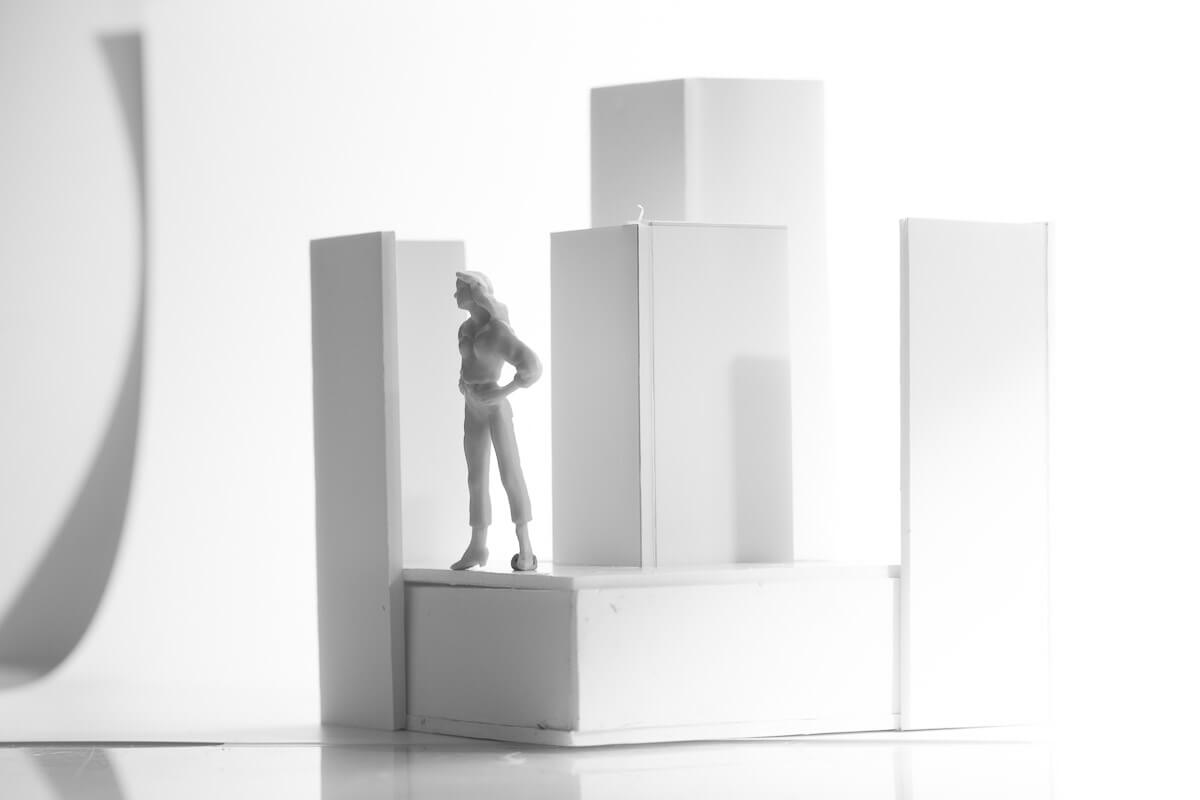 The 5DS was the perfect choice for this shoot

Given the output was a large style exhibition, we needed to have the extra resolution, and the 50 megapixel of the 5DS was ideal. But it was also chosen for honouring the concept. For those 1940s magazine editorials photographers would shoot with large format plate cameras to capture an incredible amount of data and texture and subtleties of the tonal gradation. Due to its high pass filter, the 5DS is actually able to soften skin tones and the subtle transitions from highlights into shadows so beautifully, so it was a perfect choice for this shoot.

We wanted to have that little bit of extra versatility so Lisa could actually play with the compositions. She could zoom in a little bit, zoom out, yet retain that beautiful clarity and sharpness of image. Then when she wanted to take the camera off the tripod and drop it down to f/2.8, we still had that beautiful sharpness and the shallow depth-of-field. That's one of the reasons why for me, it’s my go-to lens.

I eat, live and breathe photography – for me, it's my form of expression

I love to be able to capture a split moment and turn it into a work of art. I love playing with light. Everything about photography really draws me in, especially being able to create images that evoke some sort of emotional response in the viewers. To be able to grab their attention and draw their interest and really explore the data out of the subject matter. Visual storytelling is obviously an important element. For me, it's a form of self-expression. And it’s exactly what Lisa captured on this shoot. 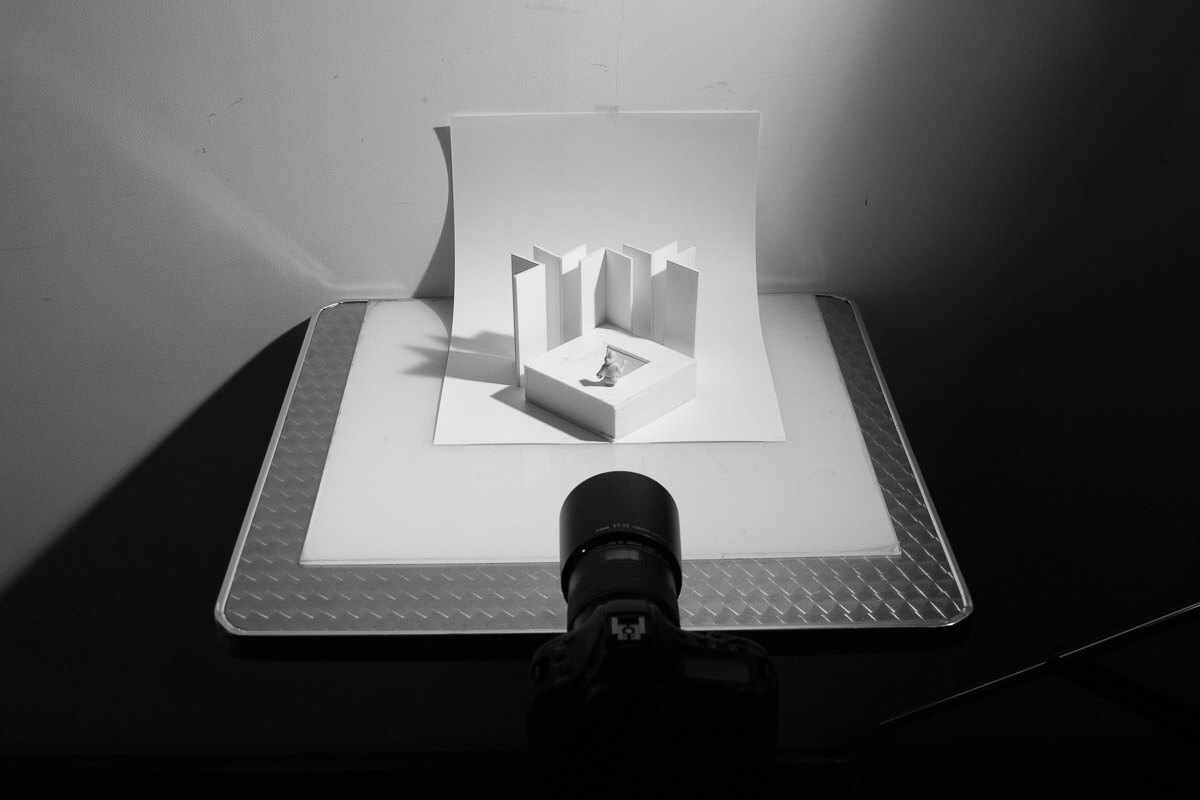 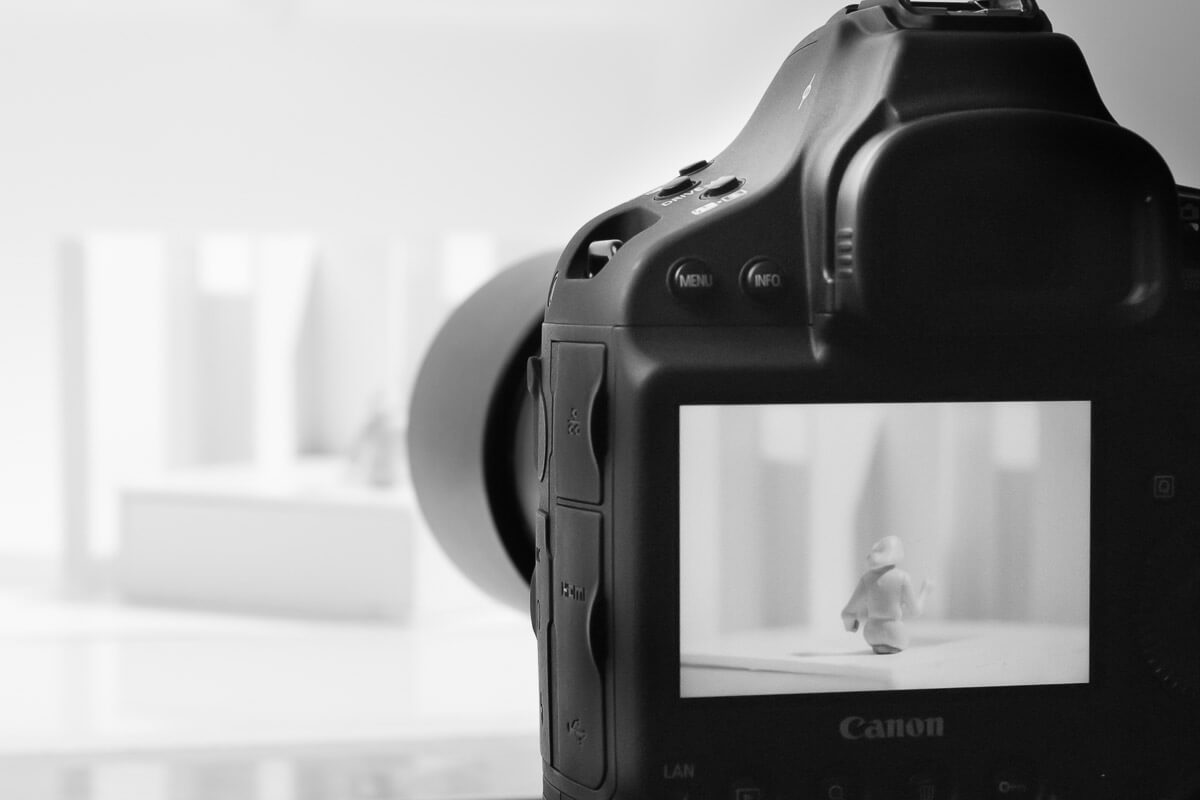