It takes a unique and passionate photographer to take his art and use it as a tool of ‘mass construction’, to drive the change he so desperately wants to see in nature and the world.

Shawn Heinrichs is an incredibly dedicated conservationist, who uses every visual tool available to him to bring home his message. He has spent years focused on the atrocities perpetrated against wildlife – chasing down shark finners and the black market trade.

But now he has turned his lens towards the beauty. He believes connection breeds compassion and once people feel touched they can’t help but want to assist.

“I’ve come to the realisation I have a duality in my life and it’s summed up by ‘art really is my passion, conservation is my purpose and for me, the two are inextricably tied together.’ So I realised I can take my art, my photographic film art and use it as a tool of mass construction, to help make the changes the world needs,” Heinrichs said. 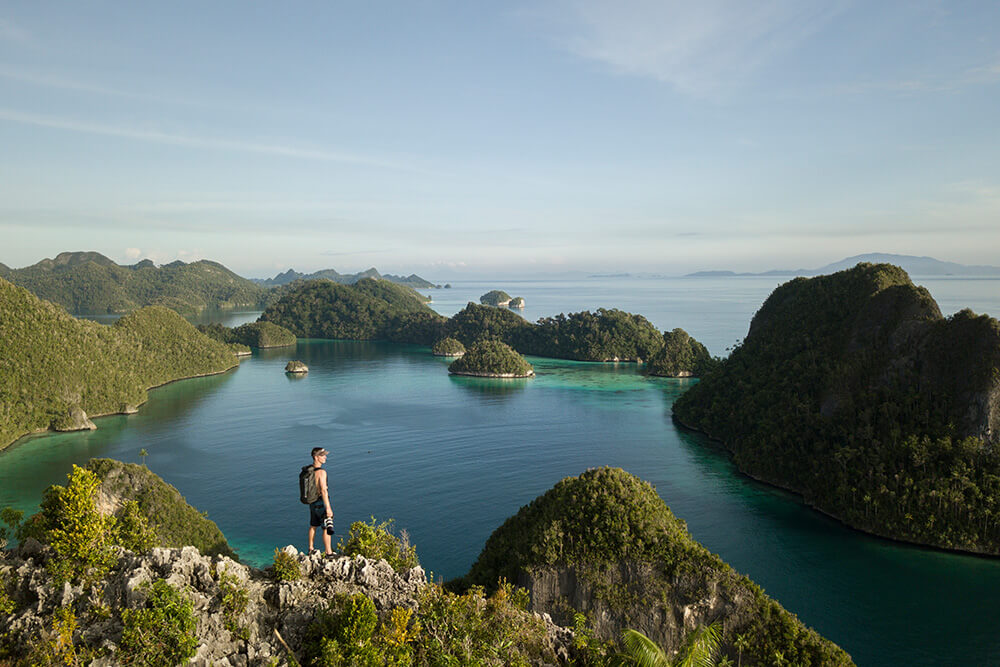 Heinrichs’ Tales by Light journey follows his mission is to protect the Raja Ampat region in Indonesia. Home to the world's most biodiverse marine life, Heinrichs believes this jewel of the ocean must become a beacon of hope to the rest of the world that sustainable protection of the oceans is possible.

When it comes to presenting the wonder of the manta rays, Heinrichs has a very unique approach – he includes human subjects with them in his photographs. Unlike other fish, mantas are inquisitive and quite playful with humans underwater.

They are now largely protected around the world, due to the direct efforts of Heinrichs and his partners. It’s further proof that photography is a powerful tool to make a difference in the world.

“The camera is one of the greatest instruments left to move entire countries and the international community to change in a way you can’t do with any other medium.” 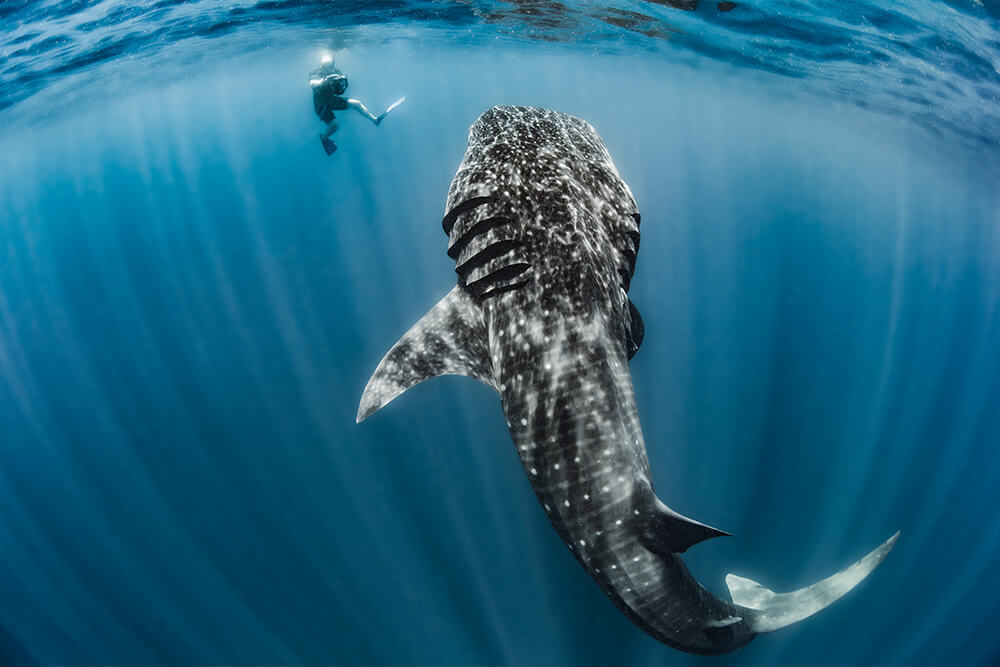 “What inspires me is how my work has really matured in terms of understanding where I fit in the space. I think for all photographers there are times that come when you hit your stride and you realise what defines your work,” Heinrichs said.

“You also realise what separates it and what is the signature aspect of what you do and how does that differentiate you from other photographers.”

Heinrichs began his life completely immersed in nature. His first seven years were spent in Durban, South Africa. He has treasured memories of seeing thousands of sharks and dolphins, as well as humpback whales, breaching in the air as they charged through the water, making their migratory way to the north.

But when he moved to Philadelphia in the US, there was a ten year period of his life when he was largely cut off from the ocean he loved so dearly.

“It wasn’t until I started diving in my university years that a reconnection with nature and the oceans really flooded my system,” Shawn said.

“At that time I started replacing my interest in drawing and painting, with my camera and it quickly becomes apparent to me that the marriage of my passion for art and my deep fascination with nature came crashing together, especially in the underwater realm. My photography began as a hobby but it quickly transformed into a passion and ultimately a career.”

Heinrich’s Tales by Light episode also features the incredible jellyfish lake, in the middle of one of the local islands. The water within it has been separated from the ocean for thousands of years and has formed its own endemic creatures, the most striking being countless stingless jellyfish. 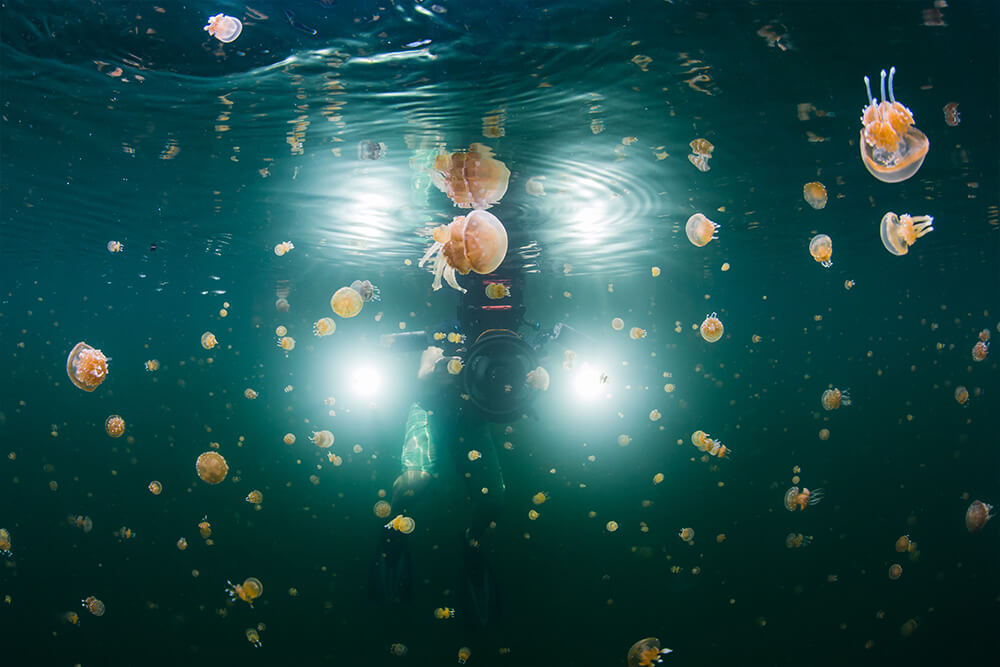 For Heinrichs and the Tales by Light crew, submersing themselves in this phenomenon was like entering another world.

“When you see the light shining through their bodies, completely translucent, and watch their little personalities with some of them darting around it’s an incredible experience. Just to know that such a lake exists and have the honour of actually experiencing it is something really special,” Heinrichs said.

A tireless activist, Heinrichs’ photography has transformed communities; his greatest wish is that his work will inspire people before it’s too late.

“I just know that making photography can make a huge difference in the world. It’s one of the greatest instruments left to move the international community to change in a way you can’t do with any other medium.”