Phil Hillyard has been a professional sports photographer for over 25 years and has captured many of Australia’s most memorable sporting icons and moments. In this video, while shooting a local school rugby match, he shares his professional sports photography tips with one of the player’s Dad, on everything from his equipment checklist to the camera settings and techniques he uses to capture each and every game.

“There's no better feeling than when that moment happens in front of you and you release the shutter.” 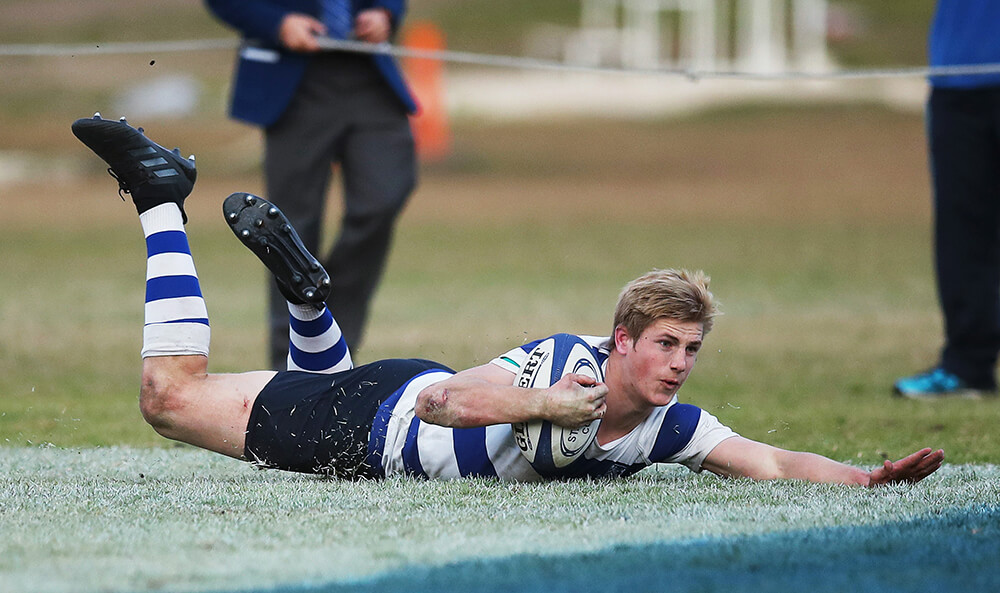 Whether you dream of becoming a professional sports photographer yourself, or would simply like to capture better photos of your favourite teams and athletes, these essential tips will set you up for a win.

Sports photography is one of the most physically demanding forms of photography. Whether you’re shooting ball-sports like rugby and football, or extreme action sports like mountain biking and snowboarding, there’s a lot of running around.

Don’t worry if you’re just starting out in sports photography and don’t have access to a high-end lens.  Phil shot the rugby match alongside Eddie, one of the player’s father who also happens to be an avid photographer. In this shoot Eddie used an EOS 80D camera body with lenses with similar focal lengths. 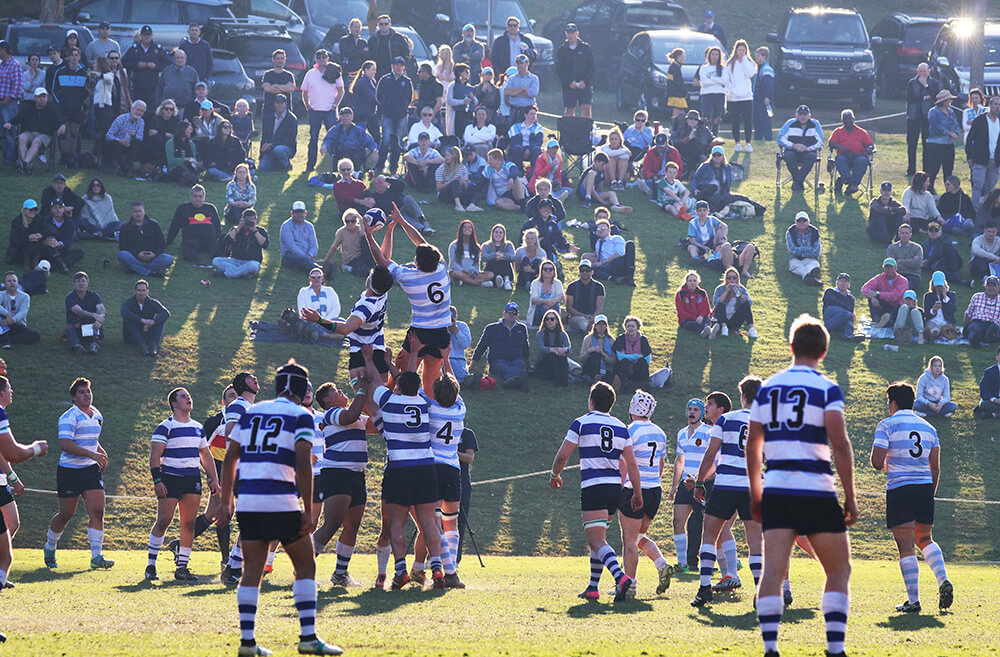 Phil also recommends using a monopod for sports photography. They’re lighter and quicker to set up than traditional tripods, and ideal to use as you follow the action of live sport.

Get into the Zone – Sports Photography Camera Settings

Remember to monitor your shutter speed so you can freeze the action. A wide aperture will help with this because it allows more light to hit the camera sensor. 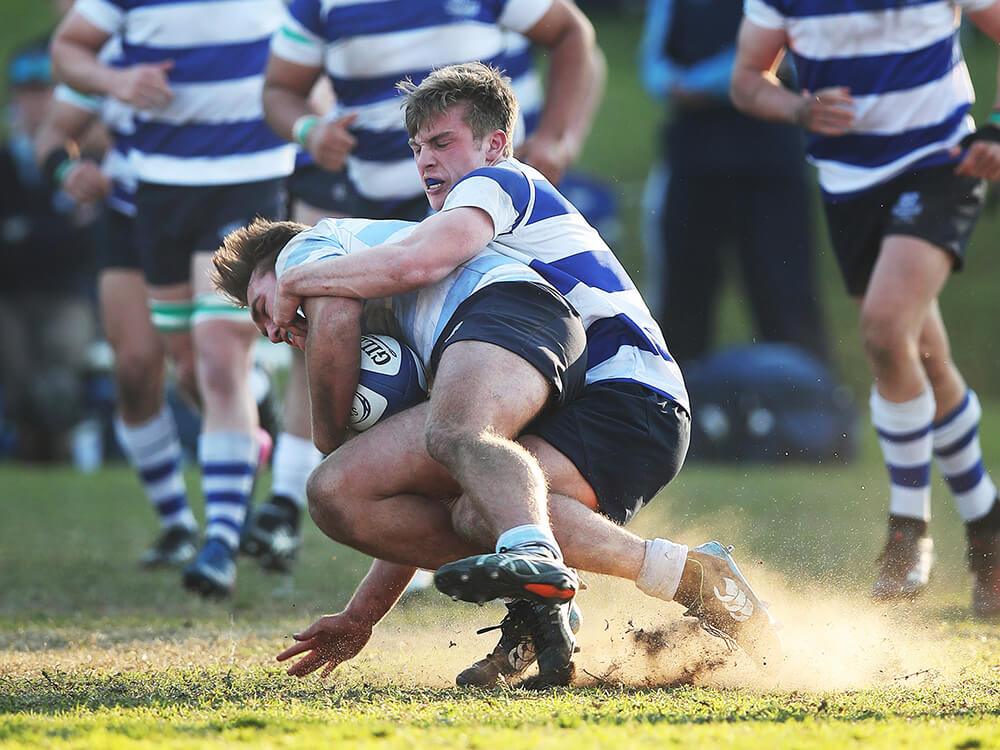 “As a sports photographer you've got to make sure you've got a fast enough shutter speed to freeze the action. You need to shoot at least 1000th of a second.”

There are times when it’s worth switching to manual, even if you’re not a Pro. During the rugby shoot, the light dropped later in the day and cast a shadow over the pitch. Phil switched to manual exposure mode and explained that it’s important not to “risk the auto exposure picking up the highlights in the background.” 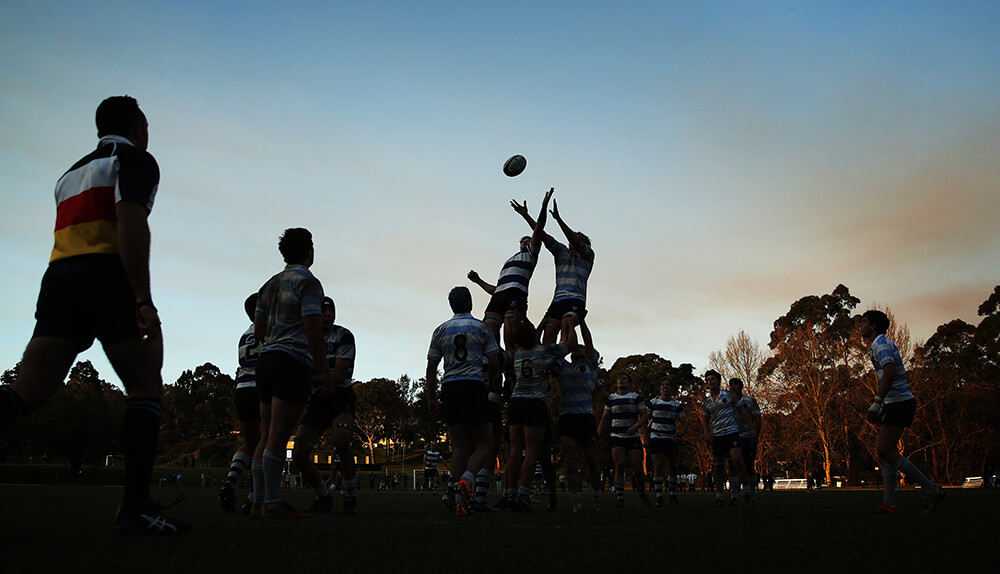 Phil encourages sports photographers to make the most of continuous shooting mode. By holding the shutter release button down you can get multiple shots from a burst of action, which is perfect for capturing ultra-fast sequences of movement.

“Don't be afraid to just drop that clutch (shutter release button) when you see something. Really, never take your hand off that shutter, because even if it's not to your eye, you can quickly move the camera back to your eye. As long as your finger is on that shutter — bang, hit the autofocus and grab the picture.” 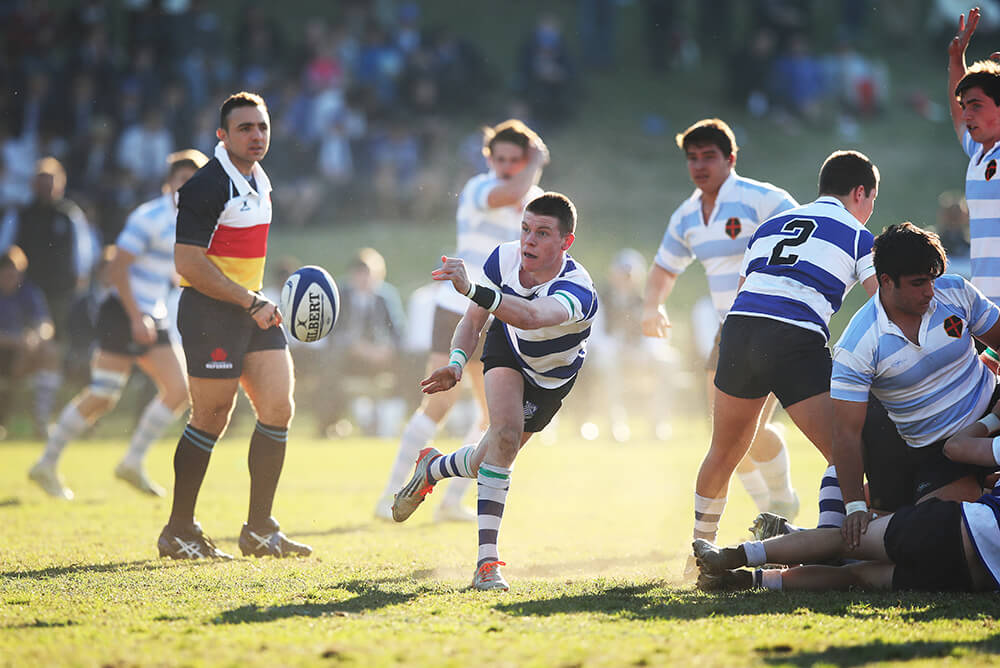 As an amateur sports photographer, Eddie learned a great deal from his time on the pitch with Phil and said he helped him think more professionally about his positioning and composition. "What's your backdrop? How are you framing it? And where's your light?” he says.

“To get crucial moments that matter, for example in rugby, a try picture, you've got to do your best to read the game.”

During the warm up shoot, Phil notices a shadow in the foreground caused by a building next to the pitch. The line of the shadow gives the boys a reference point to line up against, drawing the eye naturally into the main subject of the photo. 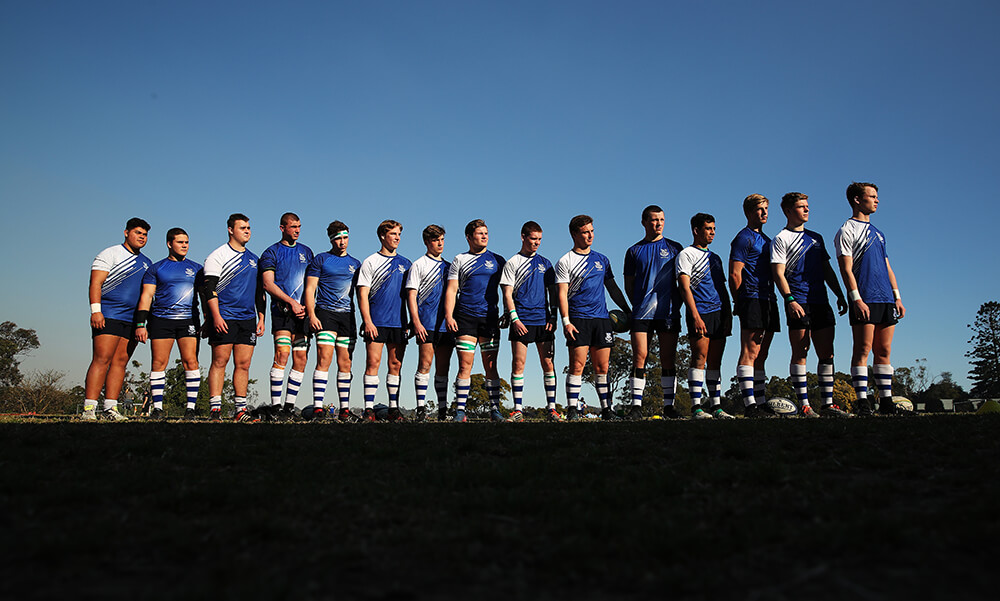 Shooting the moments leading up to the game helps sports photographers document the emotional element of the game, as well as the physical. After the warm up, Phil encourages Eddie to capture the intensity and sense of anticipation that envelops the rugby players as they walk out onto the pitch. 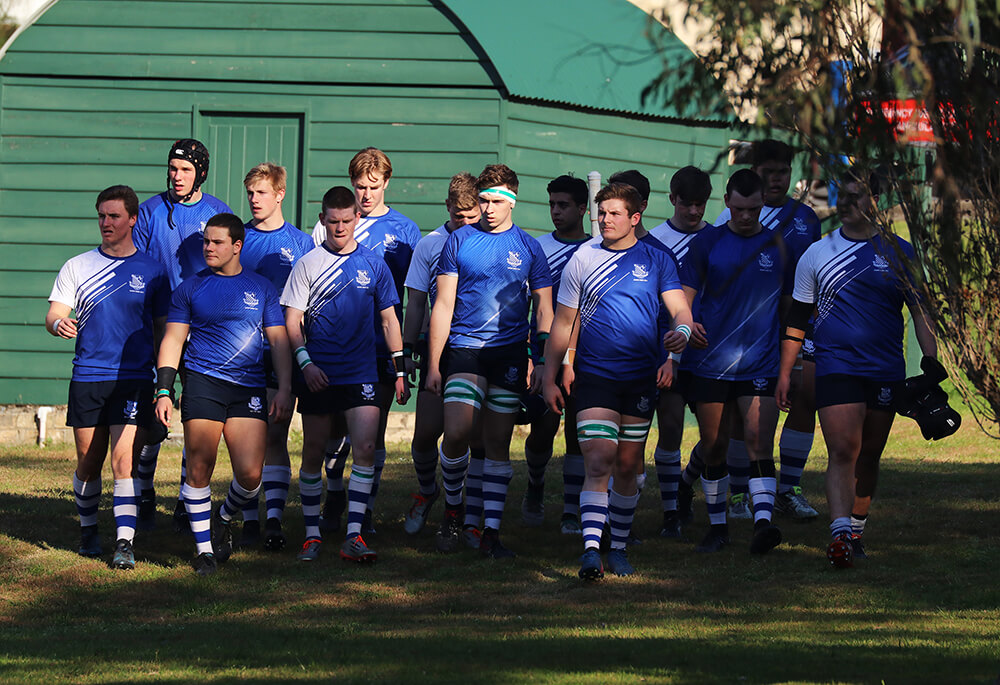 “It's a really emotive time. You're getting the back-slapping, their friends are there, the intensity,” Phil explained. “They're about to go out for the big game. It's a really interesting little window and it's got a lot emotion and passion around it.”

The action of the game might stop at halftime, but as a sports photographer you’re still going to find plenty of action to capture.

“You just need to blend in and be one of the people in the line.”

As Phil said, “Why not go for a wander with your camera and have a look and see if you can make a picture. Somebody might be tipping a drink bottle over them or you might have the coach screaming.” 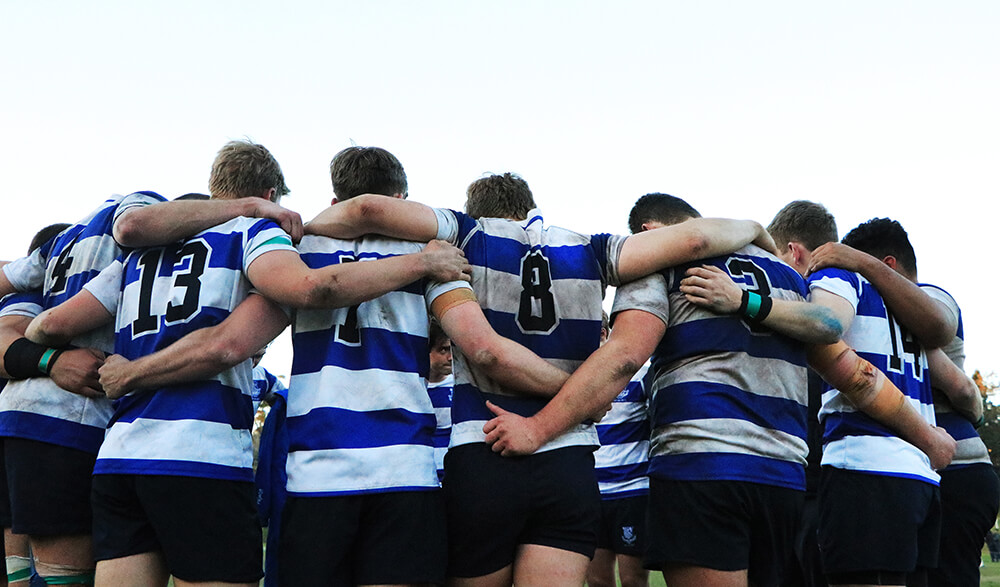 Work with the Crowd

Whatever sport you’re photographing, you’ll obviously want to focus on the athletes, but photographing spectators will also help capture the energy and overall ambience of the day. Whether it’s before, during or after the game, always try to keep an eye on what’s happening in the stalls. Who are the standout characters? Who’s leading the chants? Who’s wearing the most outrageous outfit? 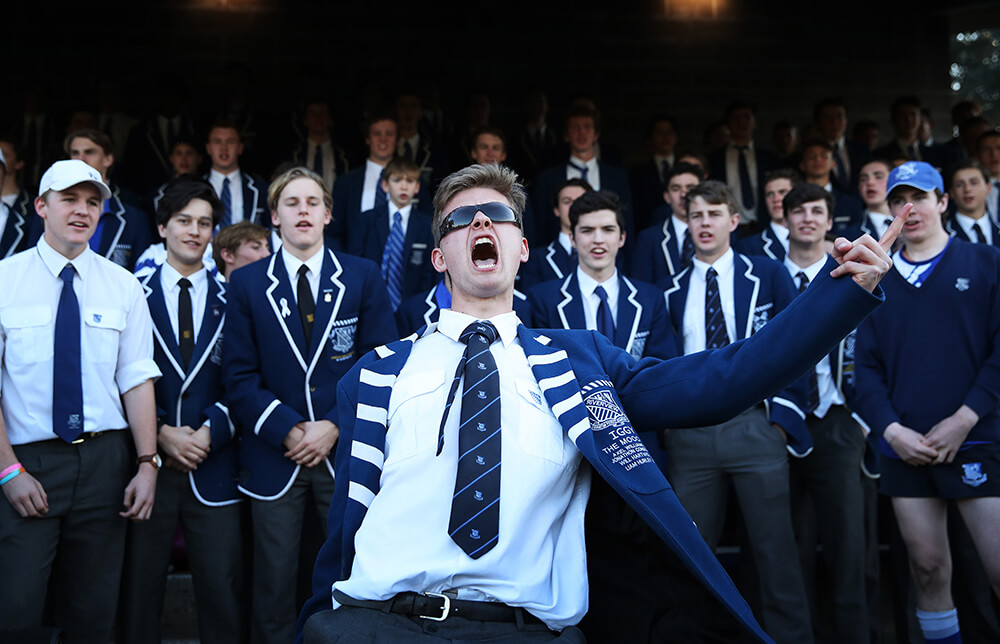 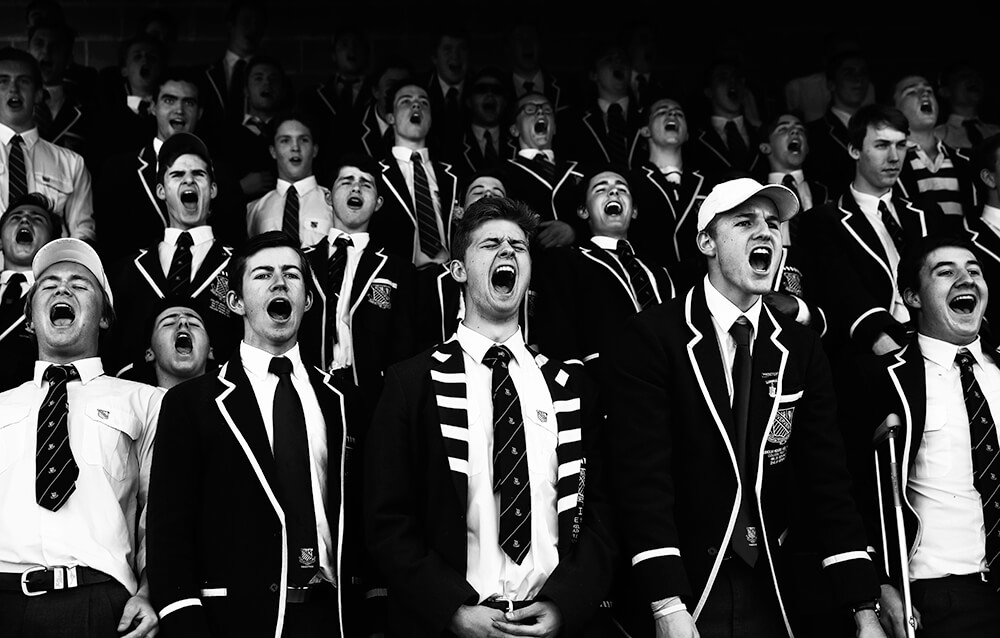 As with all forms of photography, sports photography is all about positioning yourself in the right place at the right time. “You can try and predict and anticipate, and that's a lot of what we do,” said Phil. 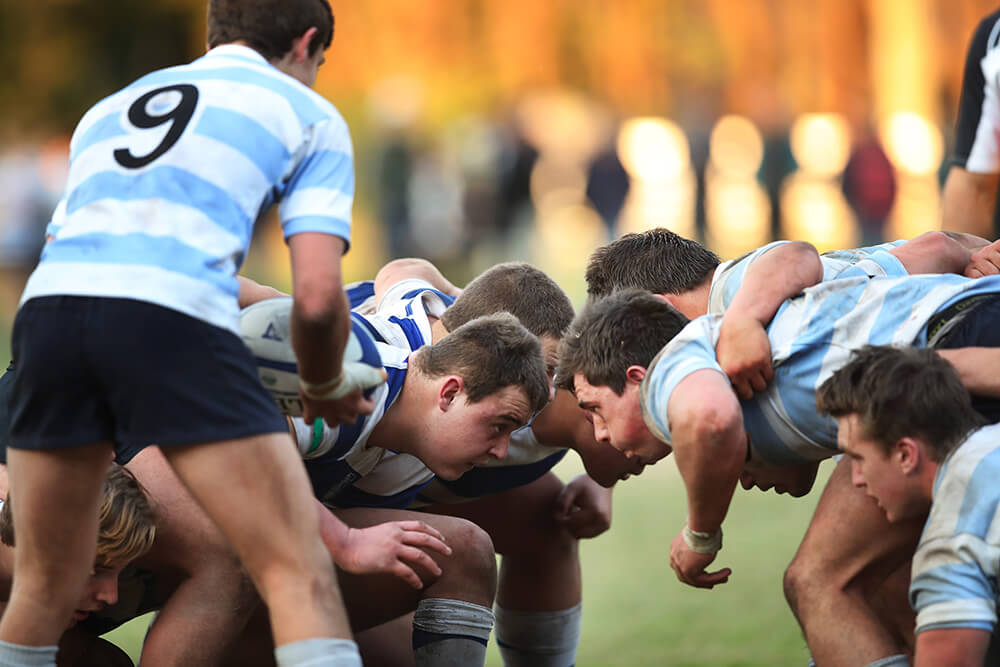 “Try and give yourself the best opportunity, put yourself in the best possible position to get the picture.”

There’s also an element of luck involved, as demonstrated by one of Eddie’s fantastic try shots. Predicting a progression of play, Eddie rushed down to the try line and made it just in time to capture one of the players touch the ball down. 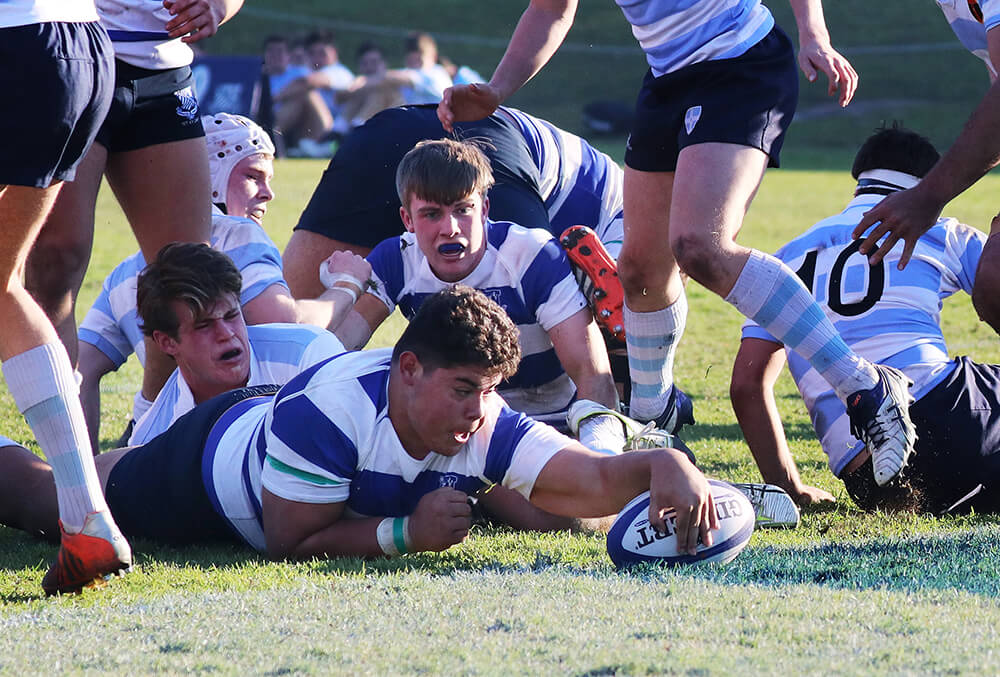 The result is a beautiful still photograph that perfectly captures a moment of triumph — both for the team and for Eddie.

Special thanks to St Ignatius' College, Riverview and the 1st XV Rugby team.