Fran Miller is a professional surf photographer. She’s one of five women from completely different corners of the industry that we’ve brought together to showcase Women in Surf.

Fran is one of only a handful of women around the world who makes a living as a professional surf photographer. Her dedication to women’s surfing has built her the respect in the game and as well as commercial success.

“I really felt it was part of my duty, something I could give back to women in sport by giving them a focus where the focus didn’t quite exist.” 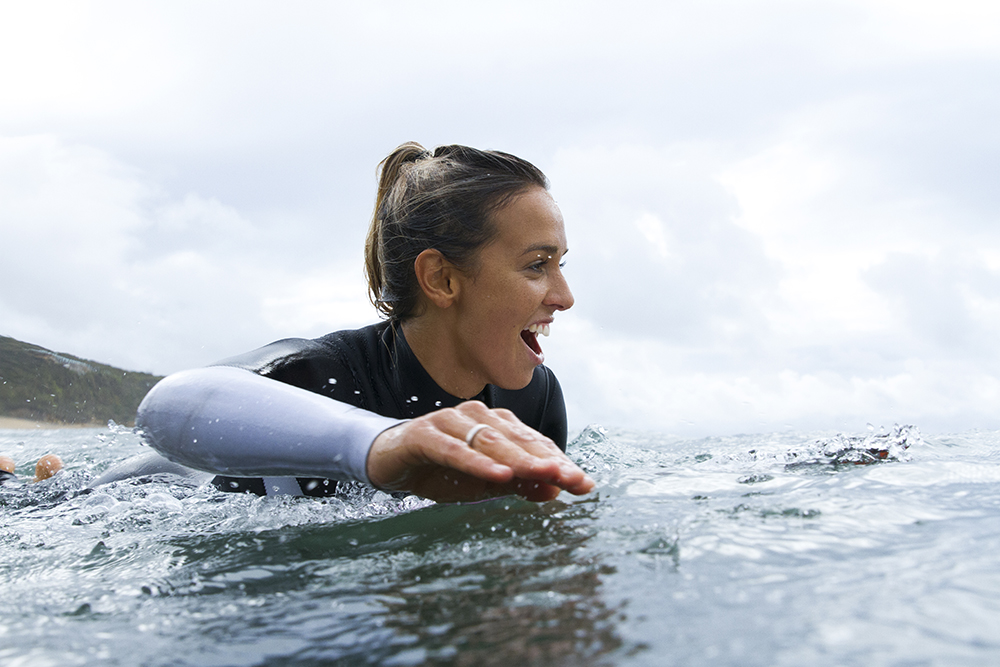 For others—whether competing in a jersey, trimming on longboards, tackling wild oceans, tow-surfing, or building brands which ride an endless summer of beach culture—surfing is a place of endless possibility.

Fran was born with ambition, and grew up inspired by the rise of incredible women. She was born into a life by the sea in Sydney. As most younger siblings do, a need to have what her older sister had—an SLR film camera—started a love of photography. Shooting her surroundings; the ocean, the landscapes, waves and surfers, unknowingly to her the salt spray was embedding itself into her creative coding.

“I just loved images. I was really into magazines growing up,” says Fran. “Everything from Underground Surf, to Vogue, to Nat Geo and I was just fascinated with imagery.”

“I actually grew up as a professional snowboarder and was surrounded by some incredible women. But what I realised was, it was notably more difficult for a female athlete to get sponsors, and coverage than it was for the guys.”

“I was seeing so many photographers not focusing on women, magazines wouldn’t give them the pages, so I realised I could play my little part in trying to change that.”

From the icy slopes to the warm waters of Coolangatta, Queensland, Fran says there wasn’t a definitive decision to pursue this career, but it combined her three passions; images, the ocean and empowering other women. 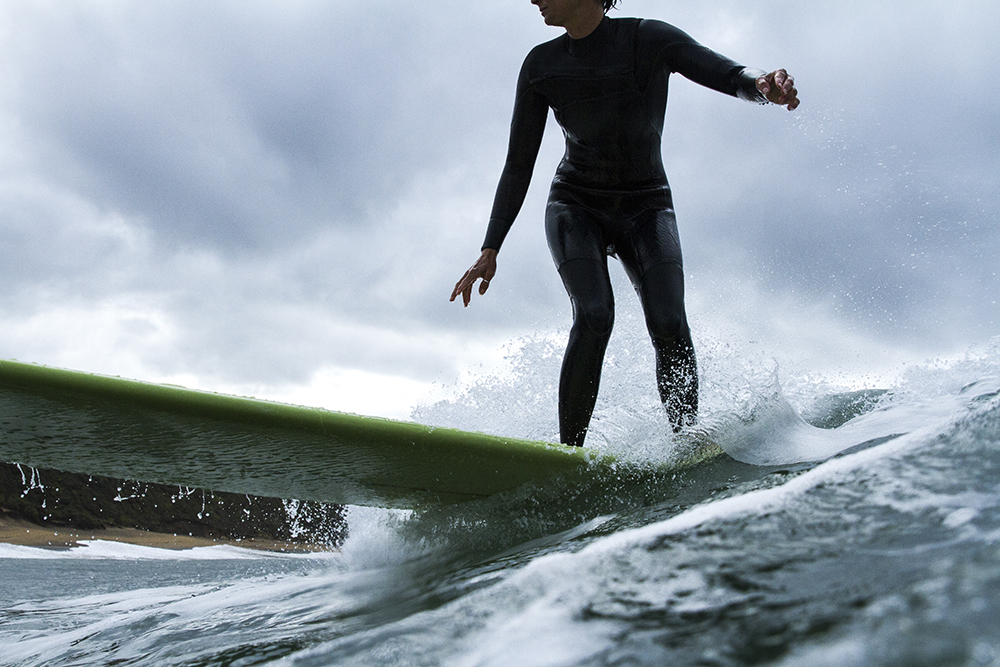 “There’s a massive difference between shooting men and women.”

“Shooting men is more focused on the action of what they’re doing. Shooting women is much more about tapping into emotions.” 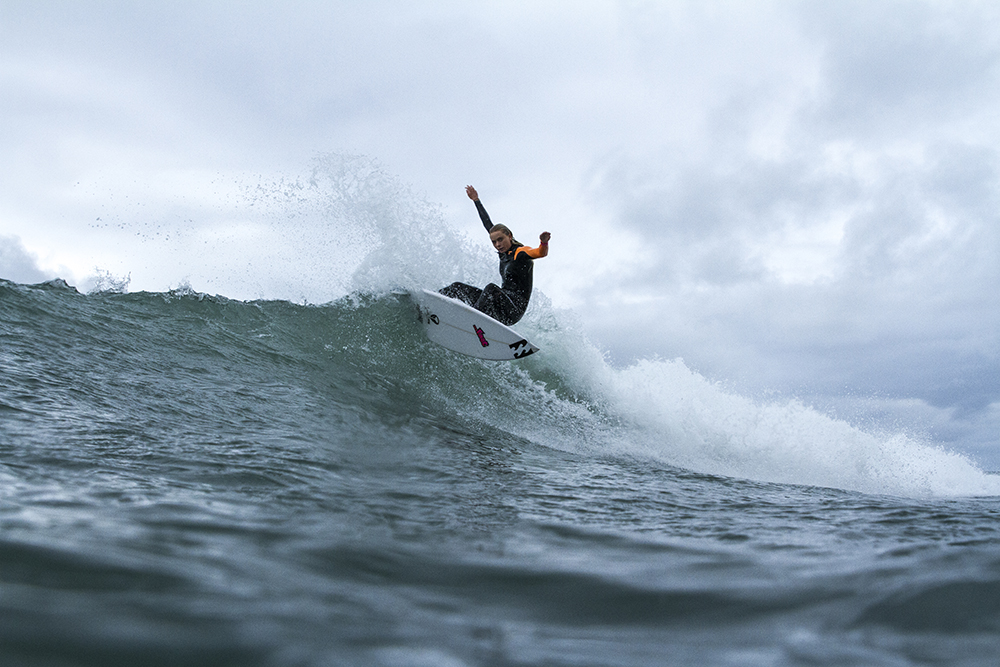 “Photographs of women can still be aggressive, but there’s also a delicate femininity within, and it translates beautifully in photos. Now I’ve got that addiction to creating emotive photos while also giving women that focus in their sport.”

Professional surf photography can be a thankless job. Hours upon hours of your subjects darting around you, your housing tugging against your grip, your legs kick for kilometres on end. It’s long been a line-up skewed towards men, but Fran’s talent, her eye, her way of interpretation is influencing a new generation of surf photographers.

And the women are sharp in focus. 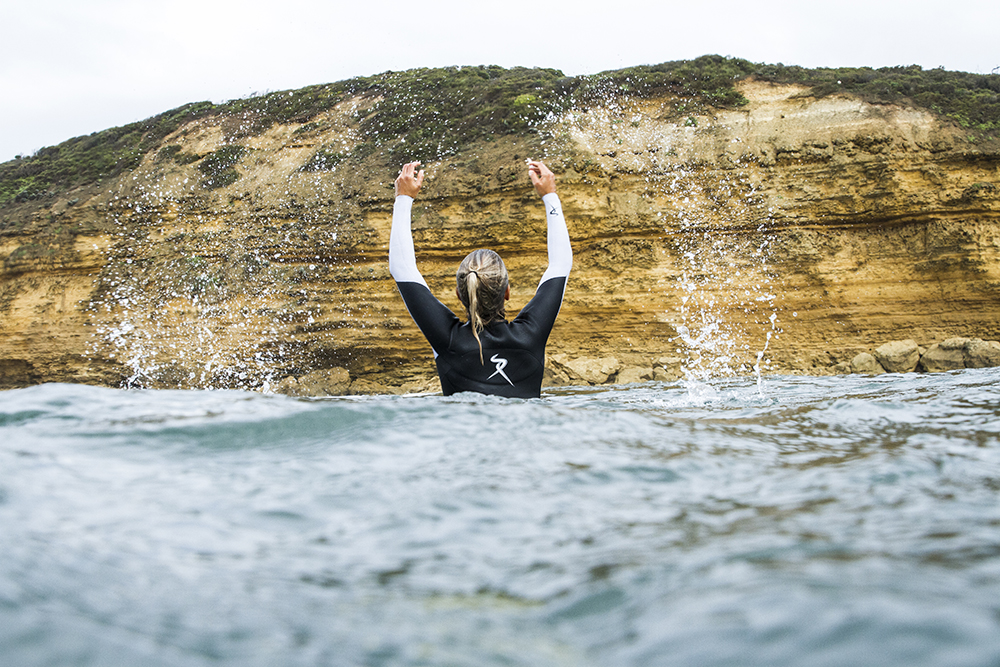 Hear thoughts on modern imagery in women's surf in our next film.

Images by Fran Miller.
Back to Stories
Don't miss these inspiring stories and tips
SHARE THIS PAGE