/ Get Inspired
/ Champions
/ The Martian Landscape That’s Home to Some of the Purest Salt on Earth
Feature Image by: Peter Franc

It makes sense that some of the purest salt in the world comes from a place that’s rugged and exquisitely beautiful in equal measure.

To get there, head north from Perth for around seven hours. Keep going until you reach the Overlander Roadhouse, then hang a left. A couple of hours later, rust-red earth will give way to the turquoise waters of the Indian Ocean. There you’ll find yourself smack bang in the middle of the Shark Bay World Heritage Area, at the industrial town named Useless Loop. 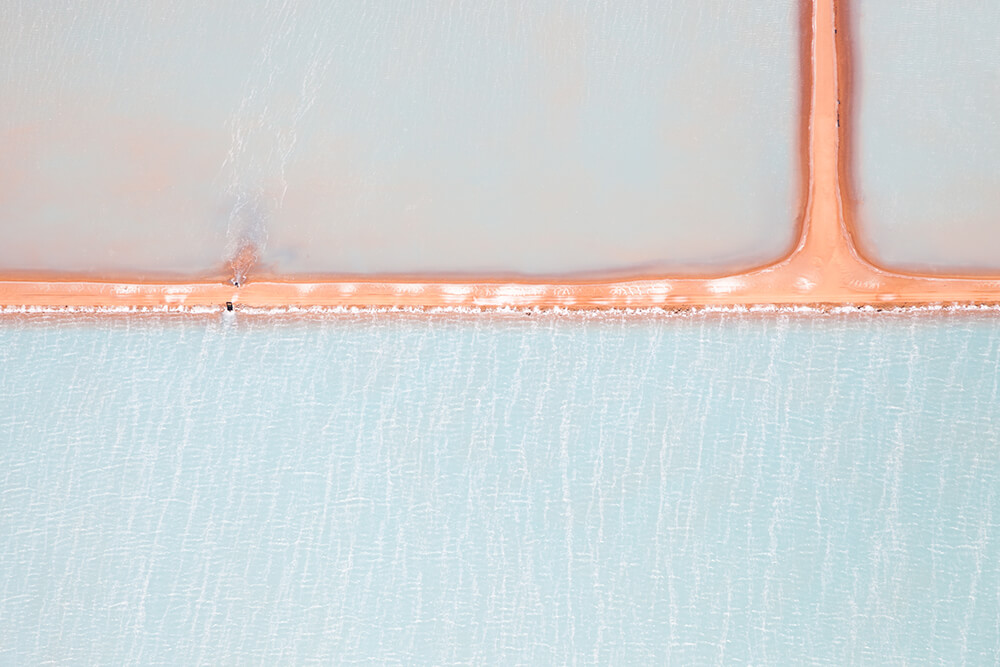 The residents of Useless Loop are responsible for operating some seventy square kilometres of evaporation ponds. They’re part of a commercial production operation that produces around 1.4 million tonnes of high-grade salt a year — much of which finds its way onto the discerning palettes of the world’s foodies.

It was the sheer remoteness of the place that motivated fine art photographer Peter Franc to visit. 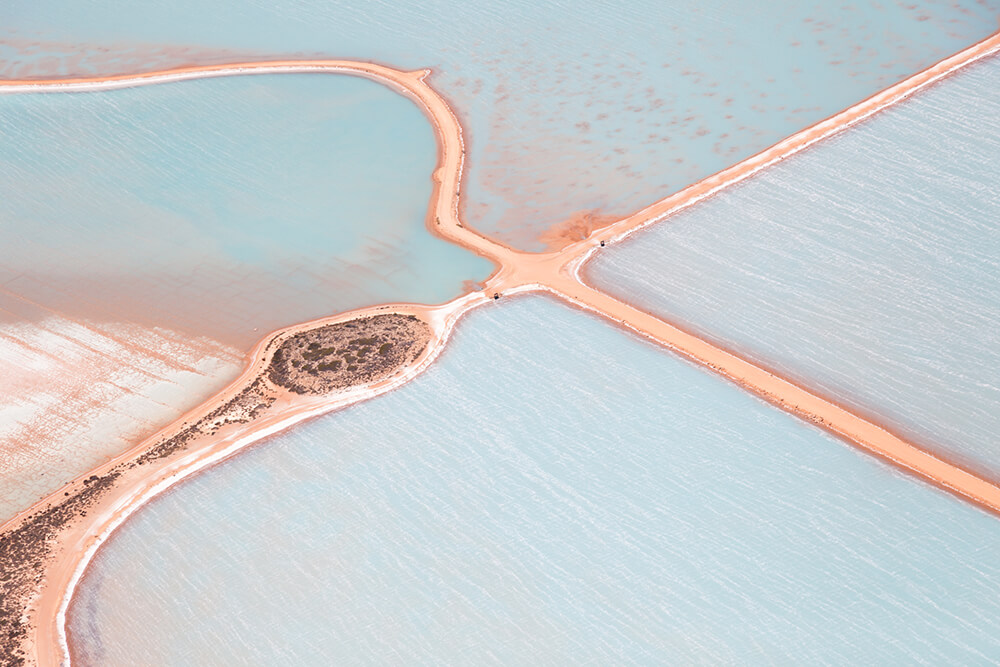 "I’ve always loved out of the way places," says Franc.

"I think that’s about getting away from your comfort zone, leaving things behind and shedding your skin."

"When you arrive, you have a fresh mind." 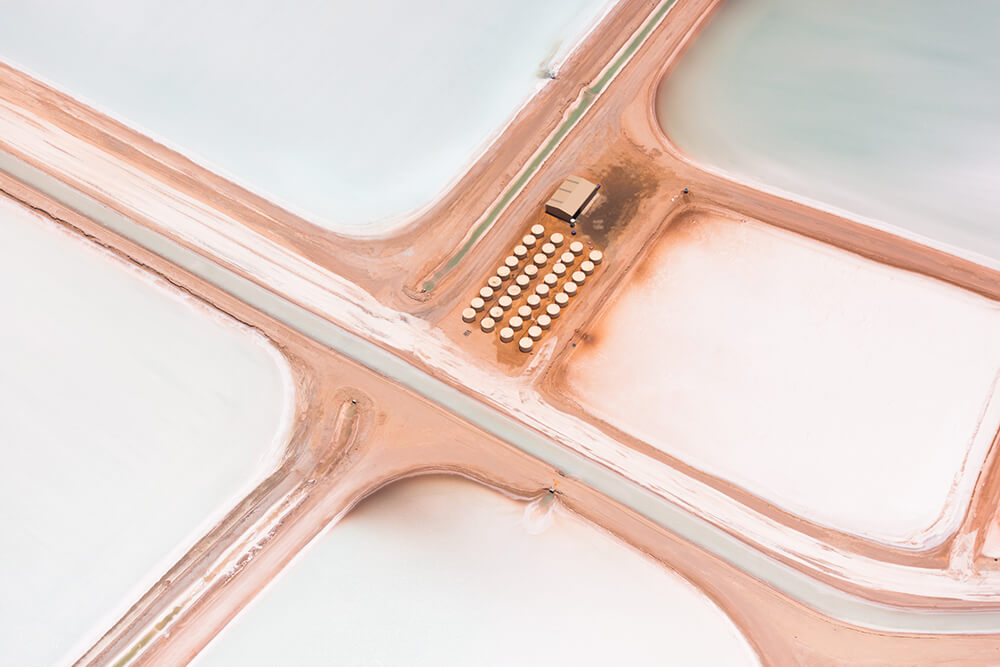 Therapeutic emptiness is a feeling you can only find in a few places—the Australian outback is one of them. Useless Loop has it in spades.

Peter wanted to capture this feeling through images. But to do it justice he knew he needed to take to the skies. And besides, Useless Loop is a private company town, which means it’s closed to the public. His trusty campervan had reached the end of the road. 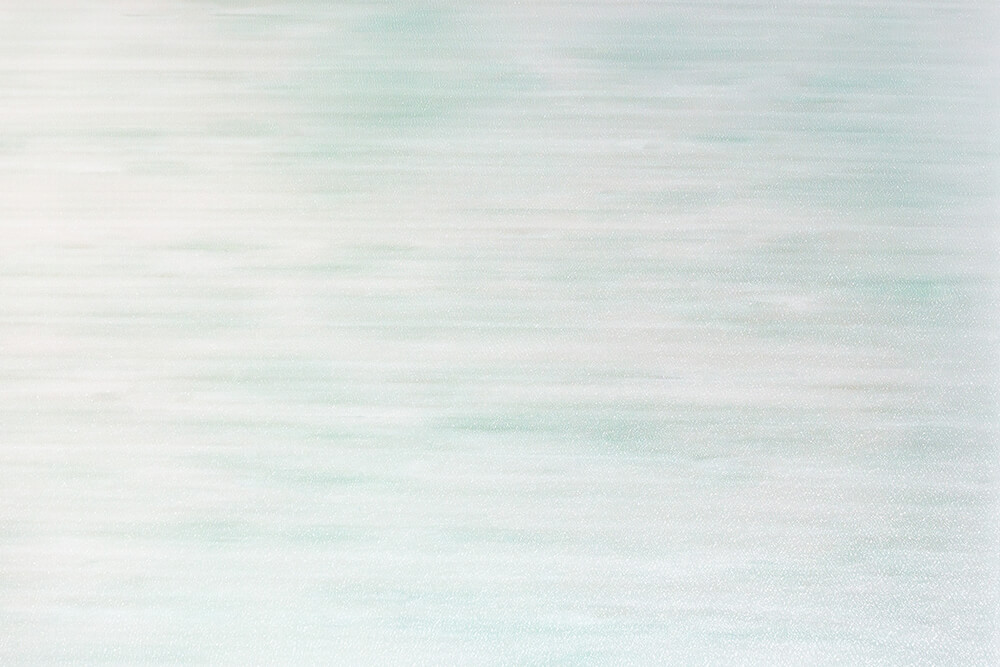 Franc chartered a Cessna 206 — an aircraft aptly nicknamed the "Land Rover of the Skies". But there was just one problem: it had windows.

Professional photographers avoid shooting through glass for fear the camera will capture reflections, thereby ruining the shot. The solution was to make some aeronautical modifications on the fly. 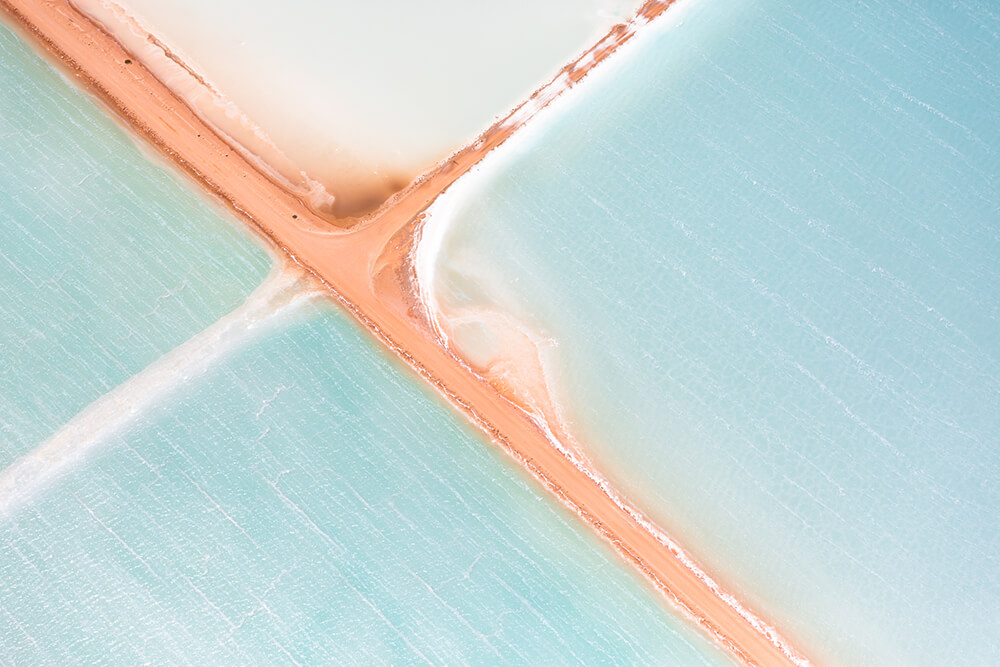 "The pilot simply pulled out a screwdriver and ripped the door off the plane," says Peter, clearly still bewildered by the experience.

And without much further ado, up they went.

"When you’re up there it’s the most mystical, amazing thing ever," says Franc.

"You just look out as far as the eye can see. It doesn't look real" 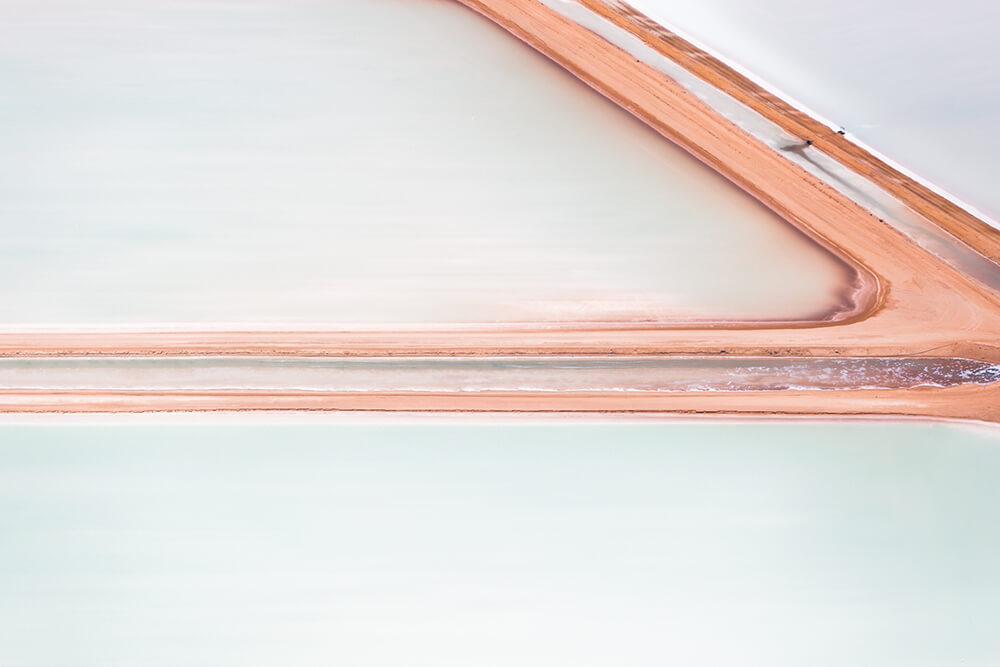 You could be forgiven for thinking Peter’s photos were taken from a Russian satellite orbiting Saturn or Mars, rather than a tiny petrol-powered aeroplane buzzing above planet Earth. But make no mistake — these images wouldn’t have been possible without some daredevil antics on the part of Peter and his pilot.

To get the right perspective, the plane was tipped sideways above the evaporation ponds, at which point there was little preventing Peter and his camera falling to a salty demise. Normally chartered for scenic flights, the cabin wasn’t equipped with any of the heavy-duty harnesses that one might expect for a mission flying at 90-degree angles without doors. 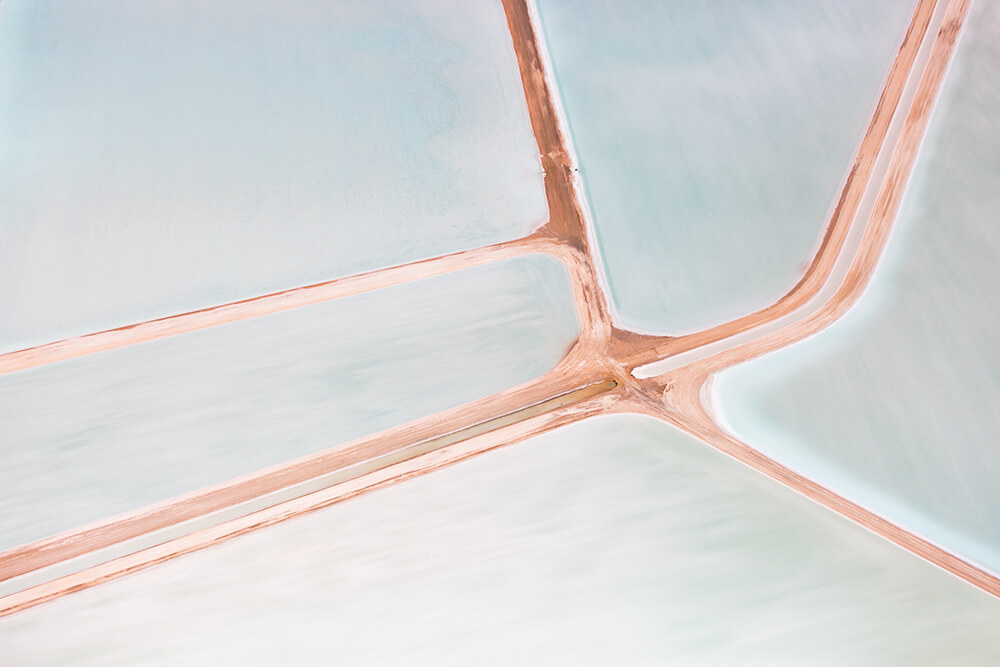 "It was just like a standard airline seatbelt, with the normal quick release buckle," he says.

"The pilot would check on me every one or two minutes during the flight: ‘Pete is it still on? Are you okay?'".

Which, of course, he was. Aside from the motion sickness, that is. 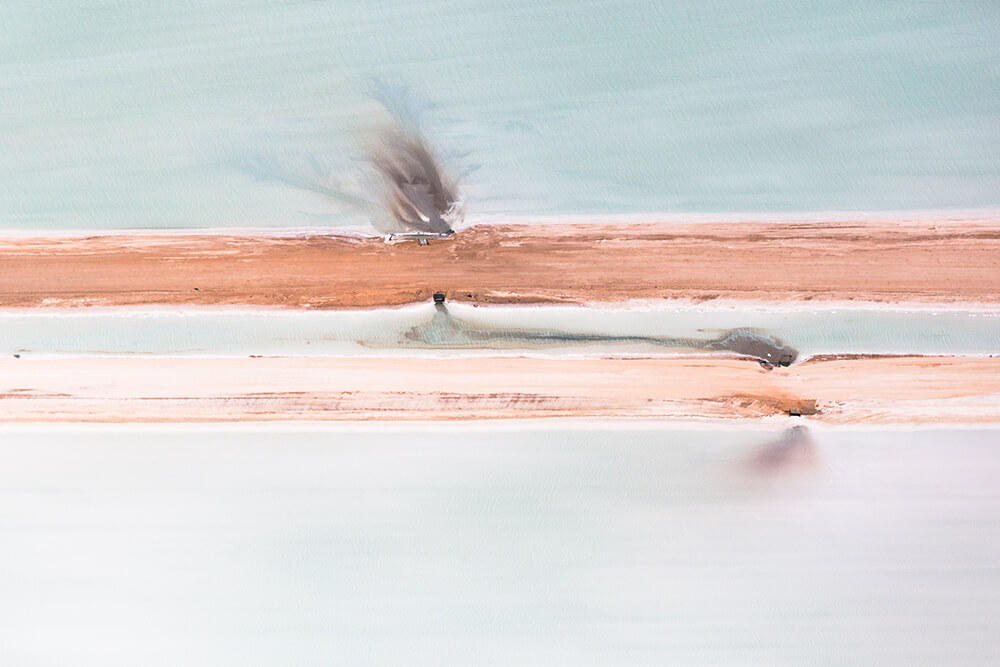 "The plane was shaking like crazy and because you have such a cropped view through the camera lens, you get motion sick."

There were times when he was filled with an overwhelming compulsion to project his breakfast into the cockpit, but the discomfort was well worth it, he says.

His images capture a breathtaking juxtaposition of synthetic geometries and Martian hues — none of which were altered or enhanced during the editing process. 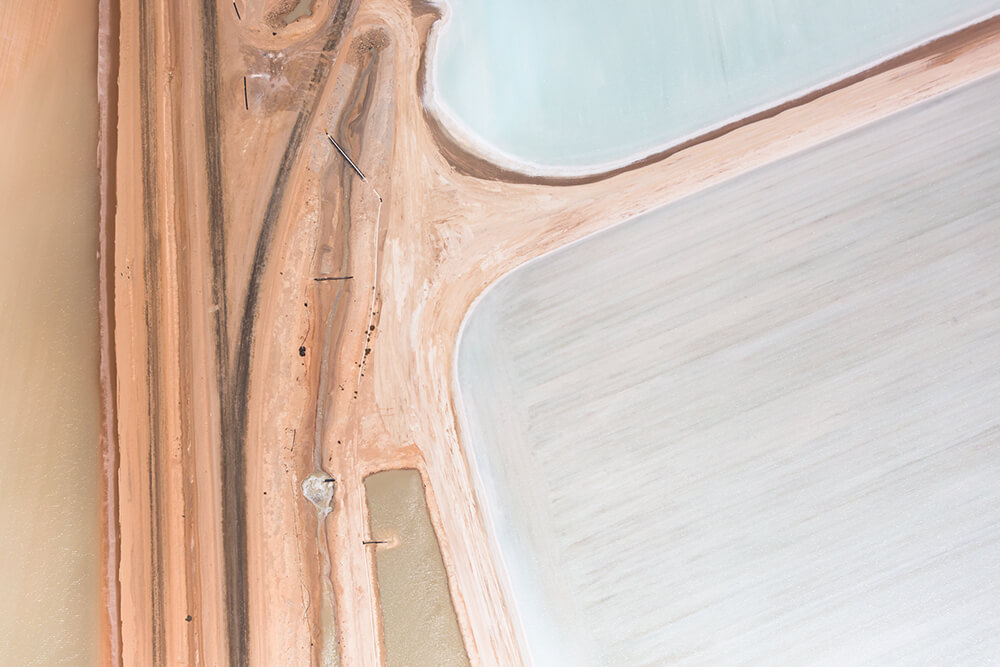 "The area is really diverse and ridiculously amazing."

Despite the name, it’s clear the area is anything but useless. Aside from the tonnes of salt extracted annually, the town can now lay claim to its very own fine art photography series. 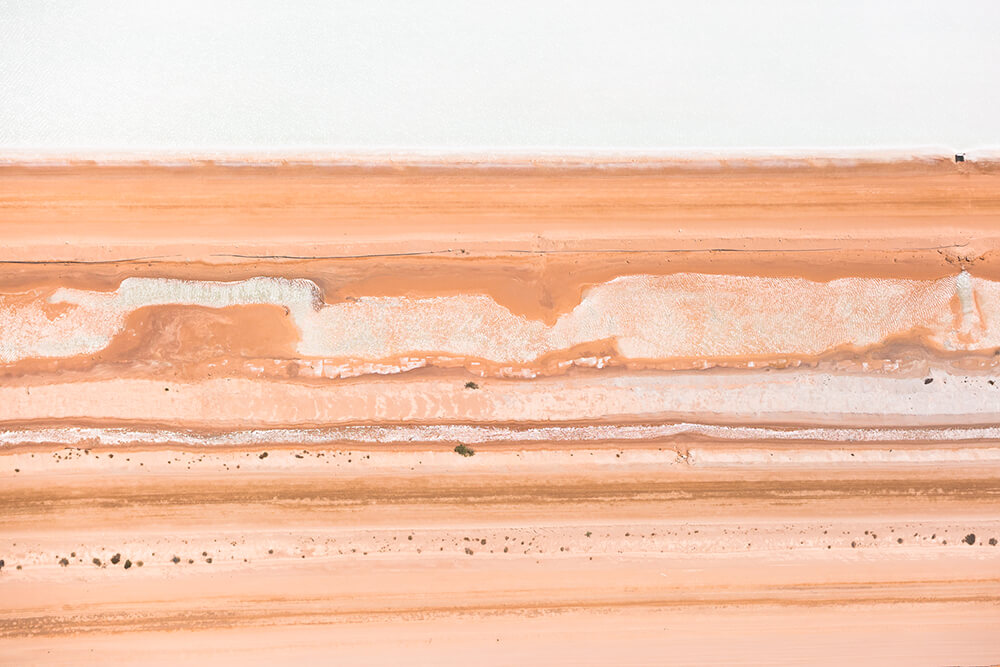 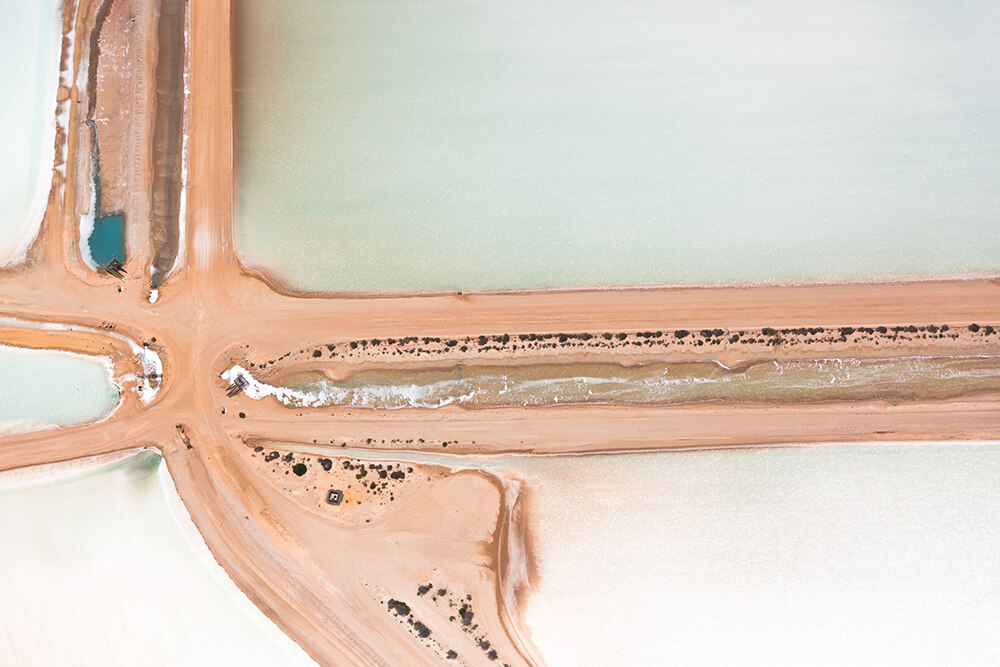 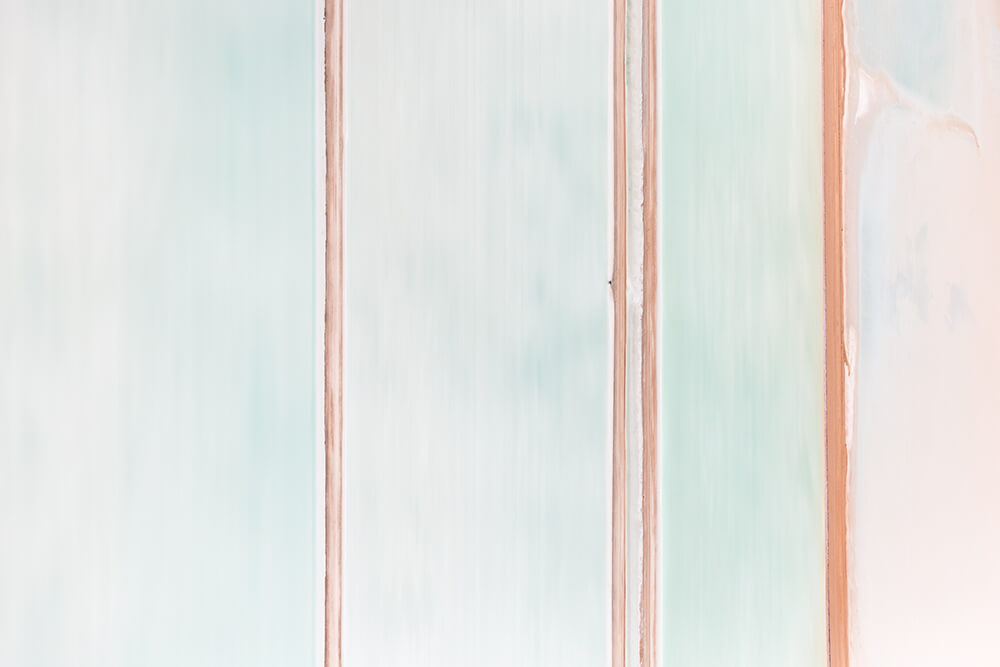 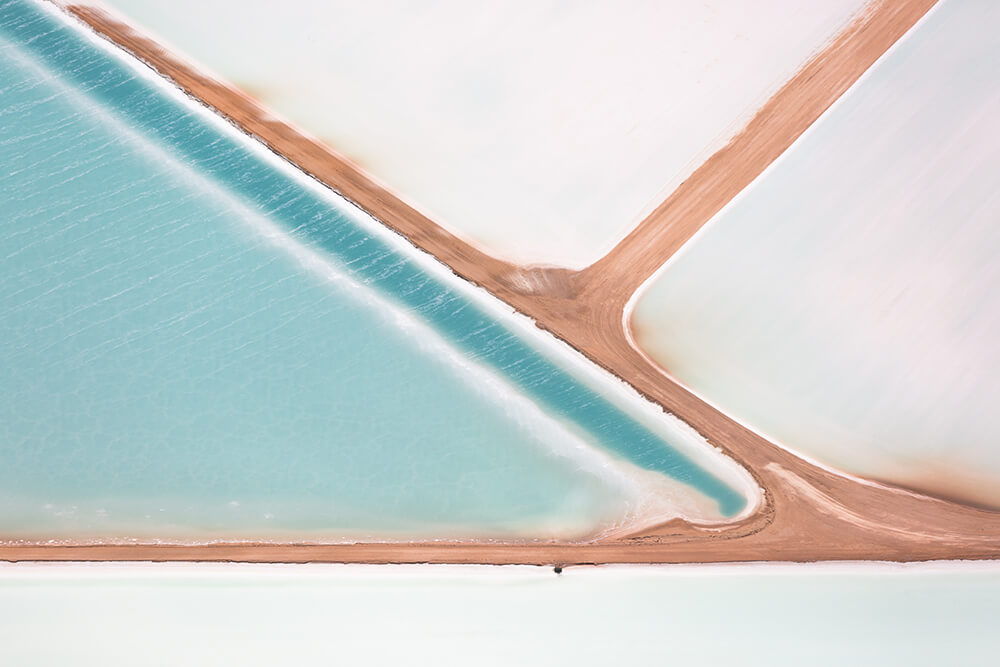 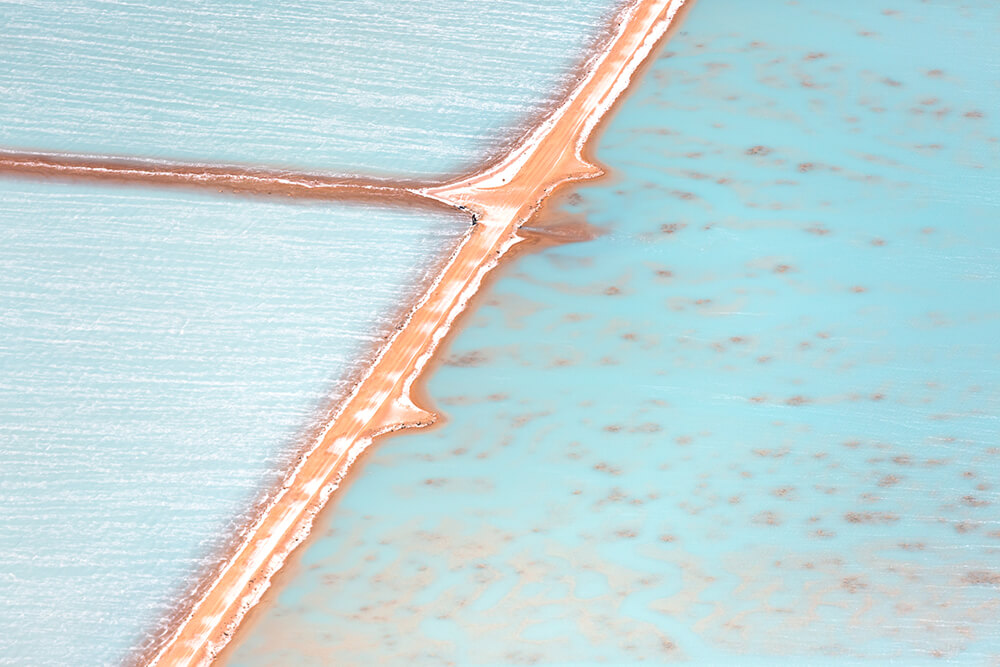 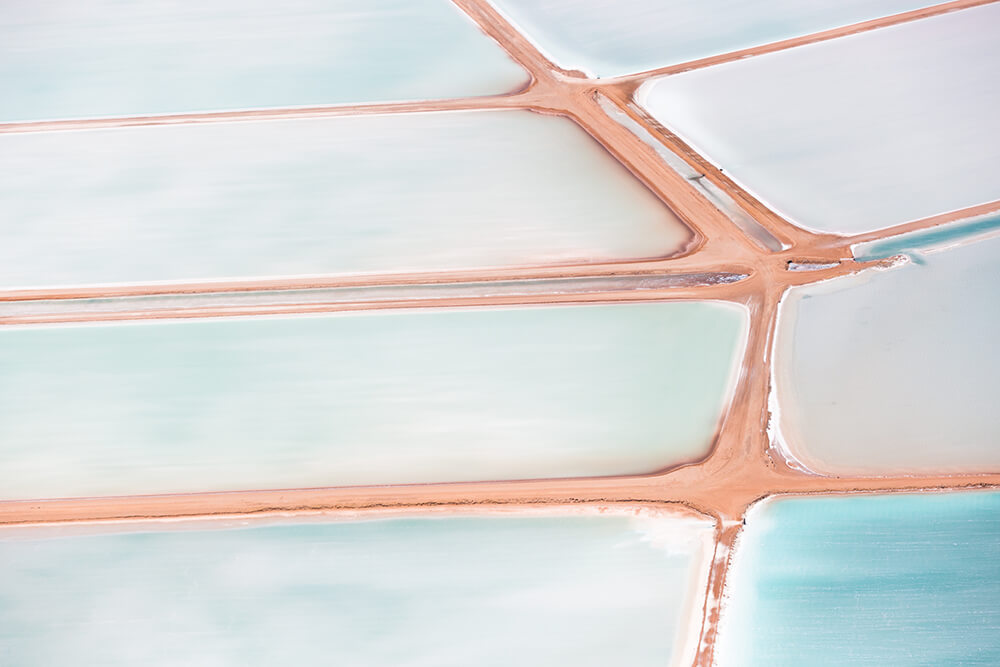 Visit Peter Franc’s website to see more of his work.