Season One: Painting with light

The silent deep waters of Rabual Harbour in Papua New Guinea became a graveyard of twisted metal during its occupation by the Japanese forces during World War II. These haunting wrecks have lured marine photographers for decades. It so enthralled Tales by Light season one storyteller Darren Jew that his passion to capture a 70-year old Mitsubishi biplane named Pete created an ethereal image that reveals how an old machine built for death and destruction became home to corals and vertebrates that continue to support life.

Any dive you do is full of anticipation but diving on a site that you’ve longed to dive, it just heightens that excitement that much more. 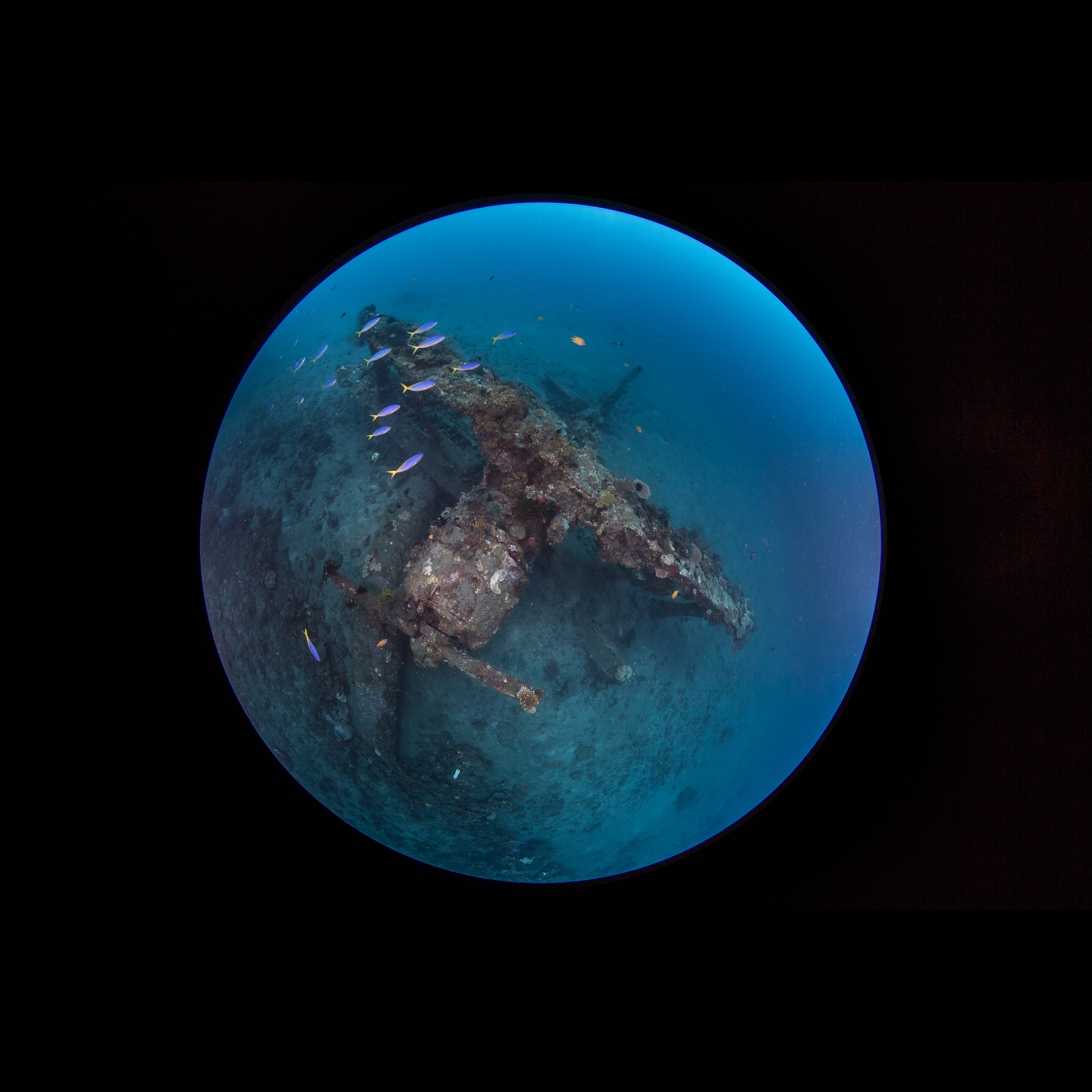 Ever since I was as boy dreaming of destinations around the world, Rabaul was always high on my list of places to go. One of the wrecks that really caught my imagination was a Mitsubishi biplane that the Allied forces code named Pete. I just knew that I wanted to dive it for some reason. You just get these things in your mind from time to time and you envisage the image you want to create. 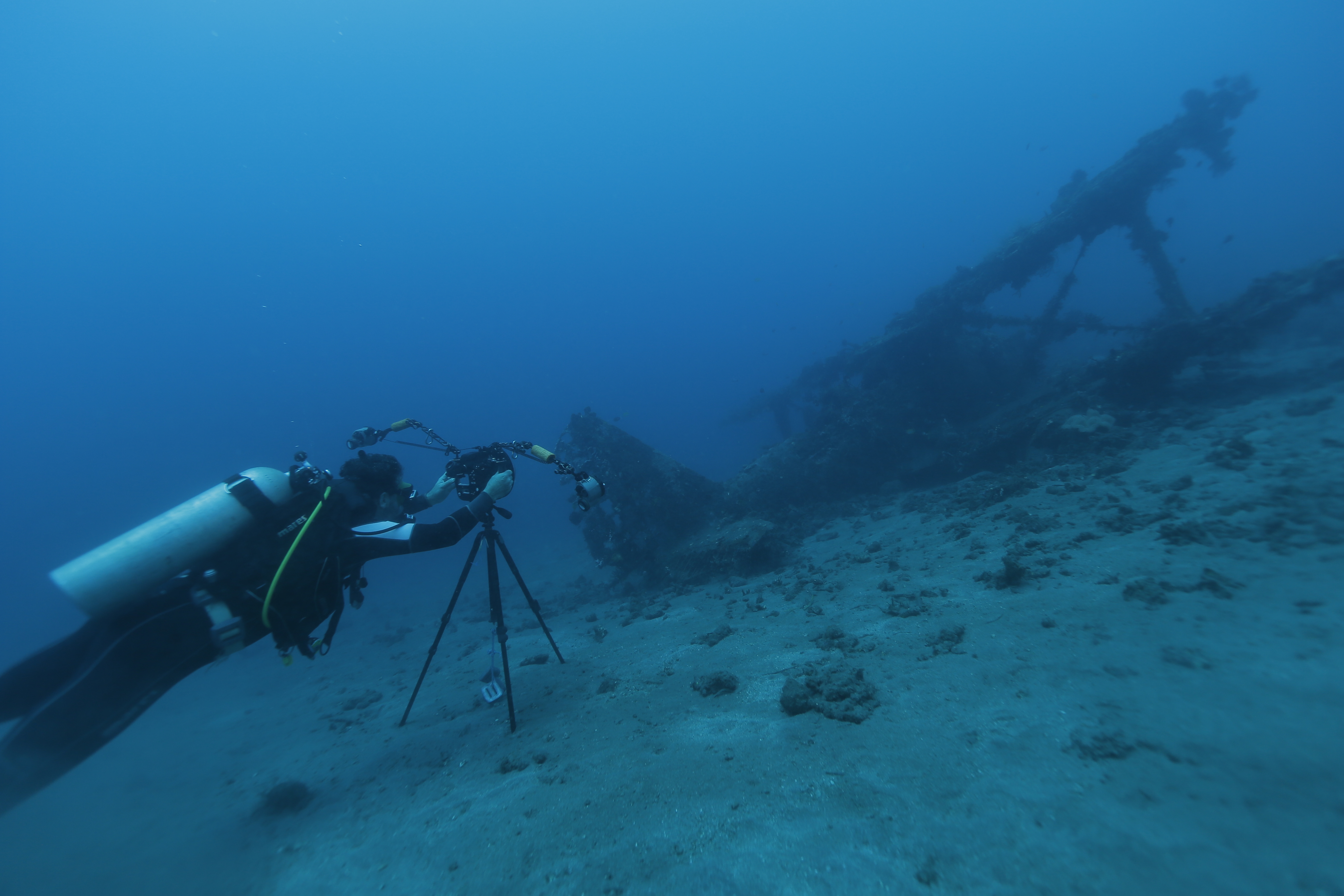 The plan was to photograph it at night using a long exposure created by opening up the shutter for an extended period of time and letting in a lot of light. Long exposure is often used in low light conditions for landscapes or the night sky and these photographs can be enhanced by bringing in an external light source – a technique called painting with light.

The most challenging images are always the most satisfying, and to create this picture over so many days was just the most amazing experience.

Our first night dive on Pete’s biplane was the result of a combination of planning, negotiation, and practice – all of that work to create this one very special moment. And we had 20 minutes and 27 metres to achieve it. As I floated above the wreck and looked at the details through the beam of the torch, I was amazed by the colour and the amount of life that was attracted to Pete. It was like I was visualising and building the picture as I swam. After 70 years on the ocean floor it was so incredibly intact and everyone was blown away by how beautiful this biplane still was. 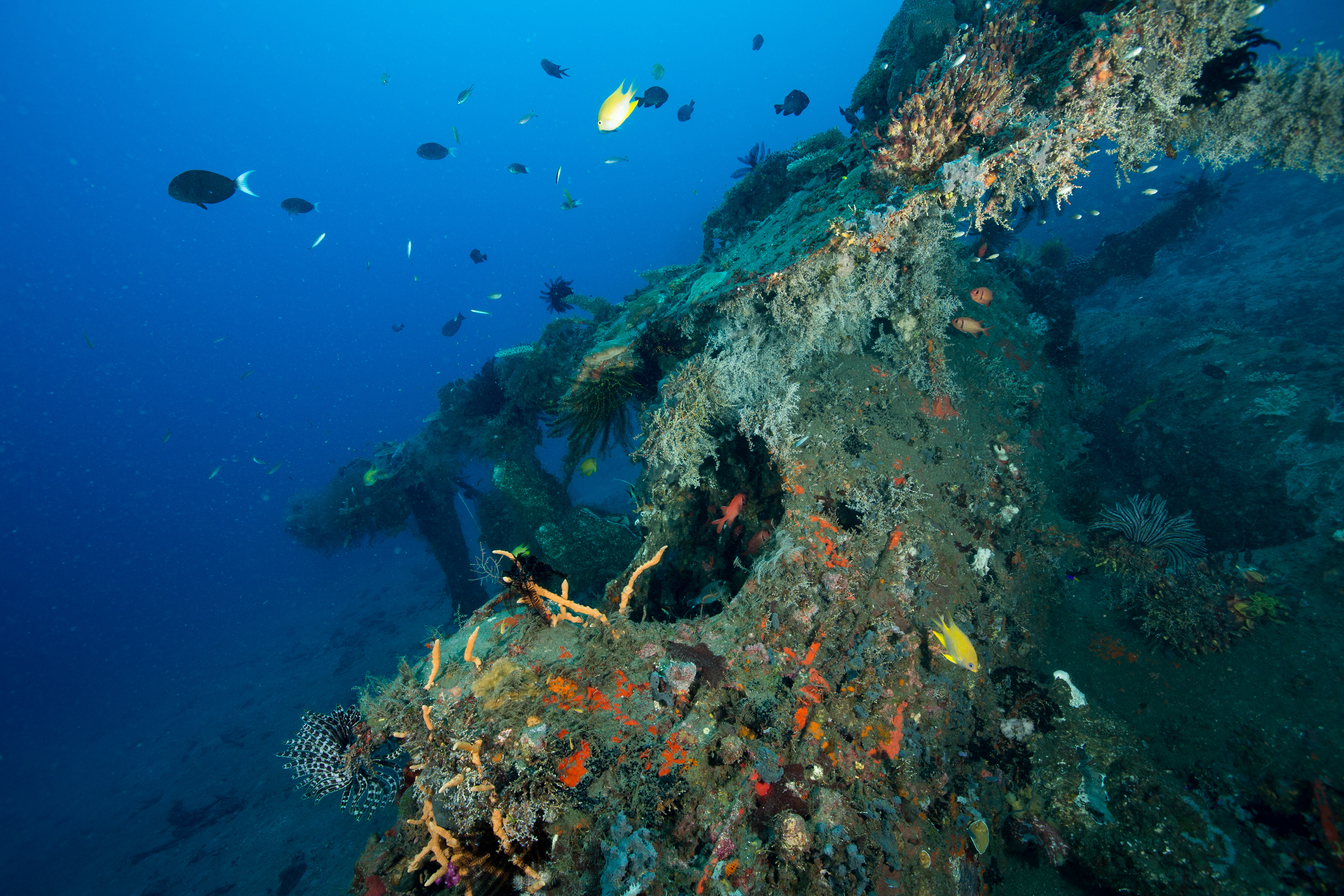 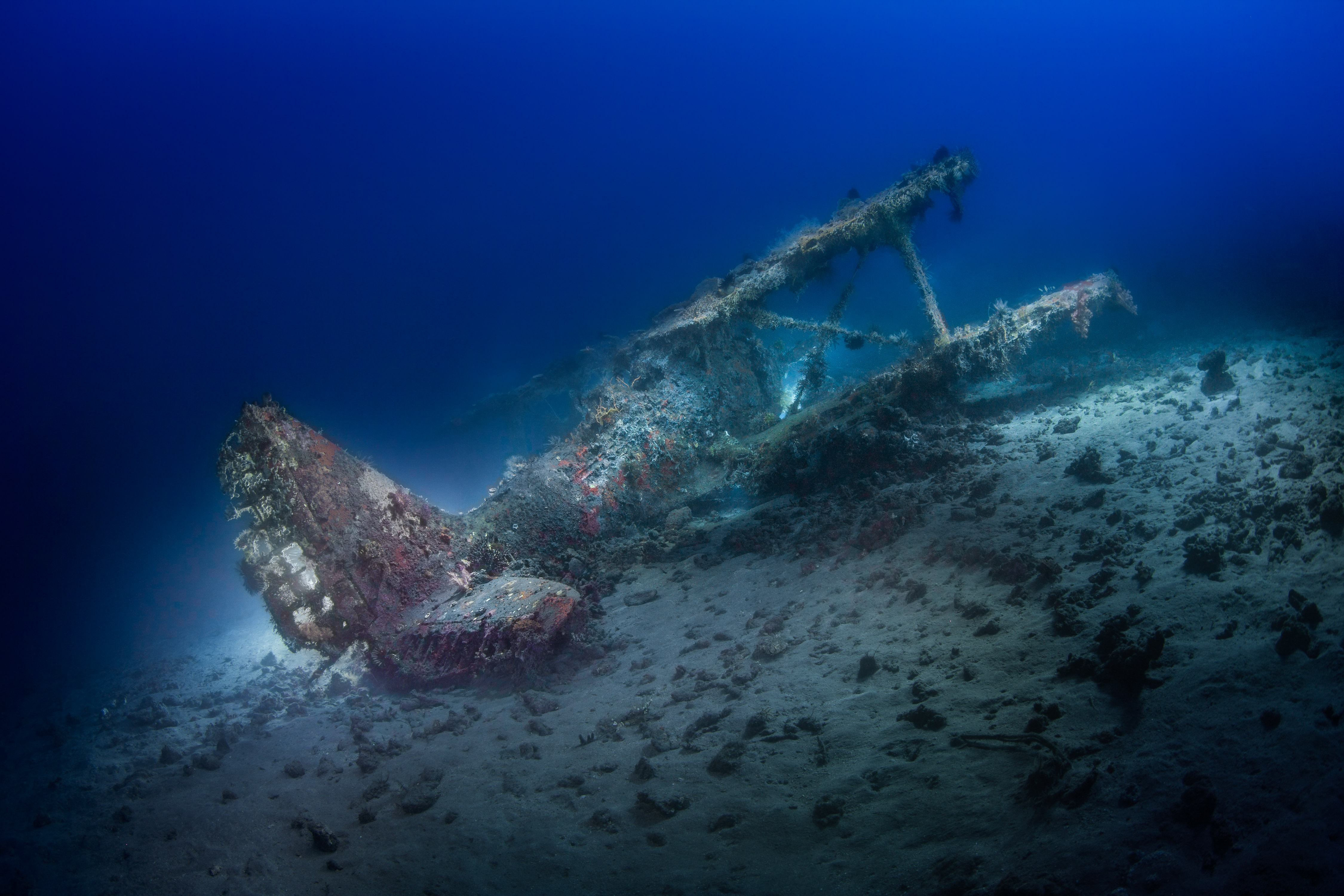 About Darren Jew is one of the world’s leading marine photographers. He has forged an impressive career having shot for the likes of Tourism Australia, WWF (World Wildlife Fund) and the CSIRO. His knowledge of the ocean and its creatures coupled with his adventurous spirit, makes a brilliant subject to document.

To see more of Darren, check out his time in Tonga swimming with whales or his underwater photography tips.

Watch Tales by Light season one on Netflix.