A decade ago Photojournalist Craig Golding stumbled upon the pleasure of uncovering unfamiliar stories in familiar surrounds.

Fast-forward to the present day, and what began as a productive way for him to relax, has turned into and a love affair with his local community.

In a way he’s gone through a process of re-sensitisation, forming a view that you don’t need to cross the seven seas to find somewhere worth exploring. 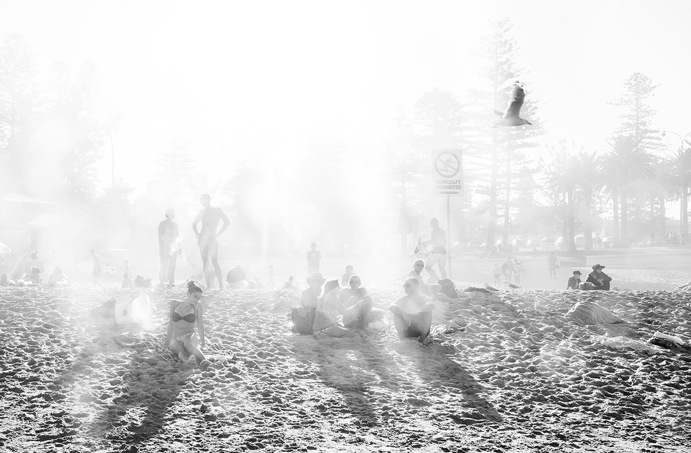 Heat haze on a hot summers day in Cronulla.

When it comes to professional news photography, you’d be hard-pressed to find someone who knows it better than Craig Golding. He’s inspired a generation of Australian press and sports photographers throughout his career, which spans more than a quarter of a century.

Over those years he’s had his fair share of world travel — whether it be an Olympic Games in Barcelona, or a World Swimming Championships in Fukuoka, he’d go wherever the work took him. But, even after experiencing a kaleidoscope of places and cultures, for him there’s still no place like home. “Of all the places I've been to, there's nowhere I'd rather live than Cronulla. To me, it's another world,” he exclaims. The beachside suburb, in Sydney’s south, caught him hook, line, and sinker.

Seeing in a totally new way

Craig’s intentional exploration and examination of his local community is a relatively recent thing — when compared to the length of his illustrious career. “I've always wandered Cronulla taking pictures, but not much prior to 2008 when I was working at the Sydney Morning Herald.”

Shifting to freelance work changed all that. “You go from working full time to maybe working every now and then, especially when you first start.”

“I used to grab my camera and wander off around Cronulla just for something to do. Not having to meet anyone's expectations, just to get pictures that pleased me, and made me feel good was a release. It’s therapeutic and relaxing, just like surfing.”

This newfound hobby came with some eye-opening discoveries for Craig. “I realised I ‘d never paid that much attention to where I actually lived. I think most people often feel that everything is happening everywhere other than where they are. They feel that they have to go somewhere else.”

“After spending all this time wandering around Cronulla, I started encouraging other people to have a really good look in their own backyards. I’d recommend it to anyone; you'll find things that you've never noticed before.” 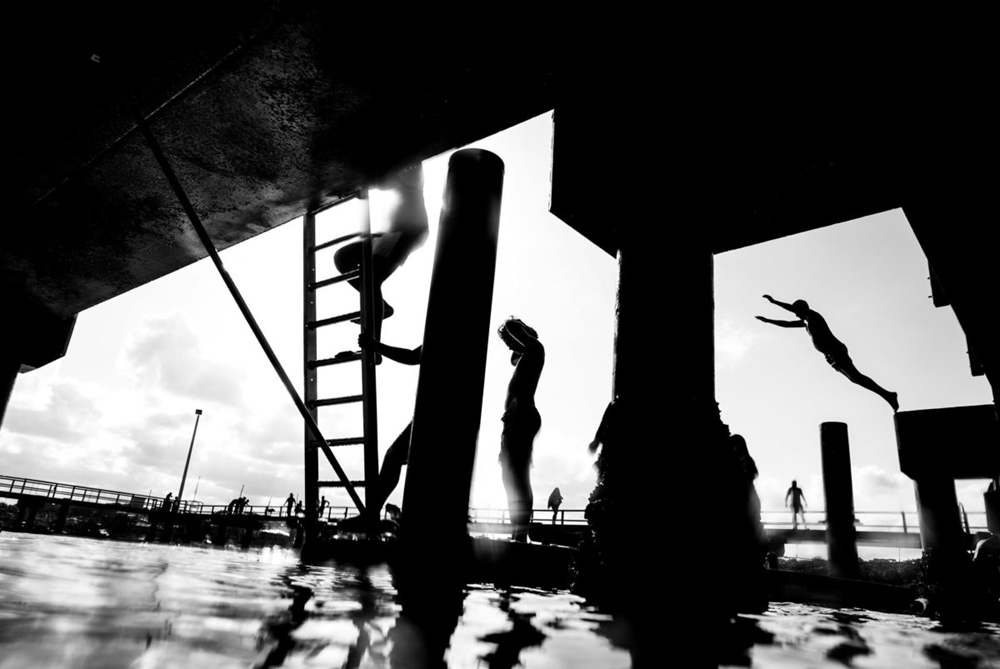 This image won Craig 1st place in the 2018 Pictorial category in the prestigious NPPA photojournalism awards. 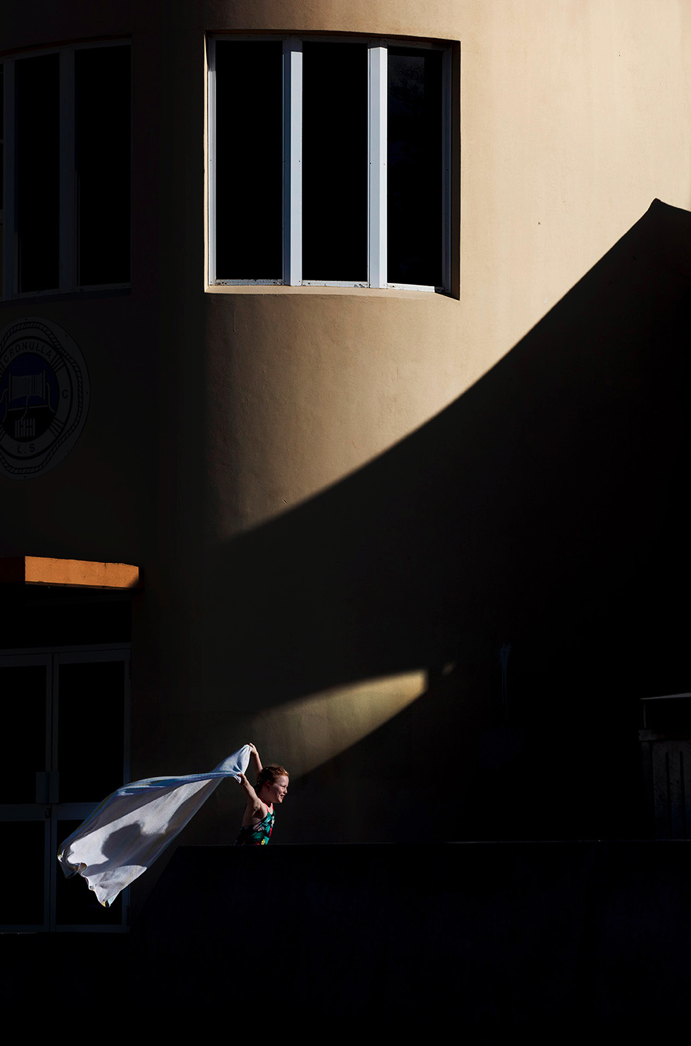 This image won Craig 2nd place in the 2018 Pictorial category in the prestigious NPPA photojournalism awards.

Growing up in the Sydney suburb of Riverwood, Craig would often be taken to the beach by his parents. “We'd head out there as a kid. Cronulla was our beach.”

This pattern set up the beginning of something more long-term. “From the time I was about 15, my mates and I used to jump on the train — or when we all got our licences, throw our boards on top of the car — and head out to Cronulla.” 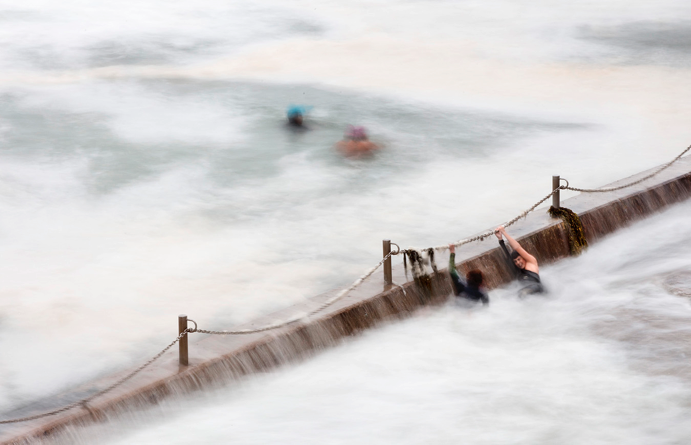 Swimmers enjoying the Cronulla ocean pool in spite of the swell.

It was only a matter of time until the pull of Cronulla became stronger. “One by one all my friends and I started moving to there. When the first two or three moved they shared a place with about 10 people — as you do when you're young. I moved into a small unit, and when I got married ended up buying a place. All this was within a couple of blocks of where I first moved into Cronulla. I've been living here ever since.”

“The area’s changed over the years. It's changing rapidly now. Originally when you drove into Cronulla, off to your left were mangroves and sand hills. You could stand in there and you felt like you were in the middle of the Sahara desert. Now all those sand hills are suddenly becoming grass hills and housing developments. They've mined all the sand, and it's just getting built out. That's progress I suppose.”

“The trouble is weekends in Cronulla. Forget trying to drive down to the shops. There's nowhere to park and endless traffic. Surprisingly Cronulla is possibly one of the only beaches in Sydney to not have parking metres.”

It’s among the burgeoning rattle and hum that Craig discovers and photographs his subjects. “My eye is attracted to people. It's probably because of my background in newspapers.” 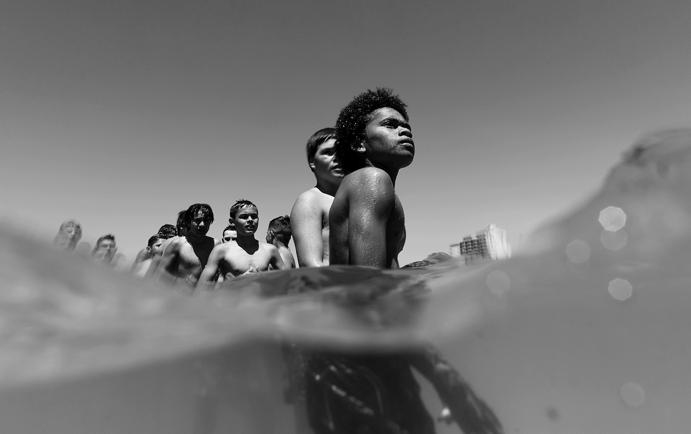 Human subjects are a key part of Craig's work.

However, it’s not just people-watching Craig engages in, speaking to people is crucial in his creative process. “You meet a lot of people doing what I do. I'd say I probably end up talking for about 80% of the time, and taking photos for about 20%.”

A little chitchat goes a long way towards uncovering interesting stories and witnessing subtle moments that would otherwise go unnoticed. “I use my newspaper ethic of not wanting to set up a scene; I want it to look and be real. Every time I go out, I come back with something.” 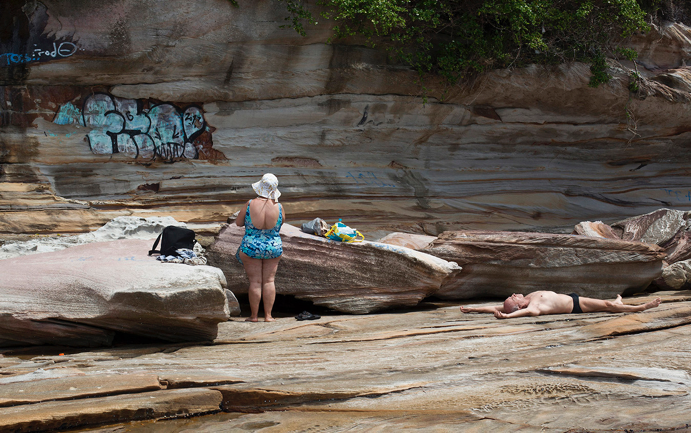 “Essentially photography is seeing — seeing in different ways — and looking for different light and different subjects. Doing this sort of photography exercise hones your skills, but it also changes your perspective. It keeps you searching for things you may not have noticed before. And the beauty is anyone can do it.”

Shooting street photography around the beach has its challenges, something that Craig has learned to overcome. “It used to be tough shooting at the beach, and then it got tougher. Now, it's almost impossible because everyone's so paranoid that you're up to no good.” 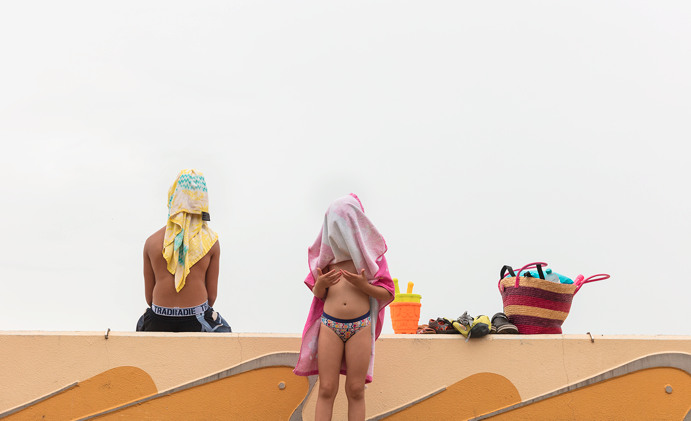 “When I think people are getting a bit concerned, I'll go up and I'll have a conversation with them and say, ‘Hey, my name's Craig. This is what I'm doing.’ One hundred percent of the time people will go, ‘Oh, yeah? That sounds good.’”

“I've found that doing this — shooting the Cronulla scene, I’ve started to find it easier to chat with people who previously I might’ve looked at and thought, ‘Oh jeez — I'm not going near that guy. Most times, when I start talking to those people I find out they're just like you and me.” 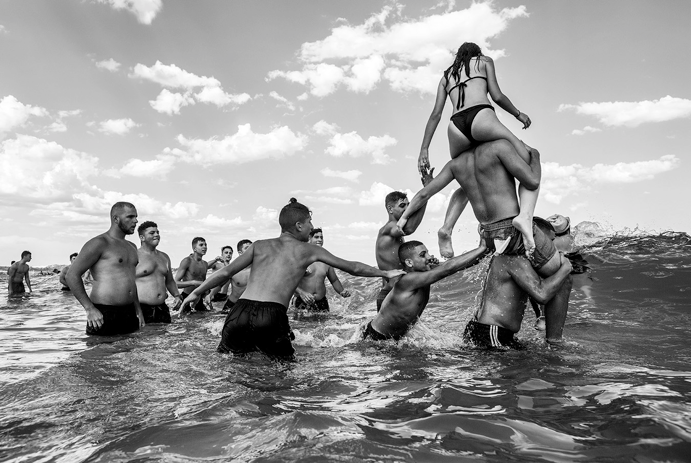 “This is one of my favourite shots. I saw this group of teenagers in the water, just fooling around, getting on top of each other's shoulders. To me, it's just a really nice picture. I got to the point where they're not paying any attention to me. It’s natural.” 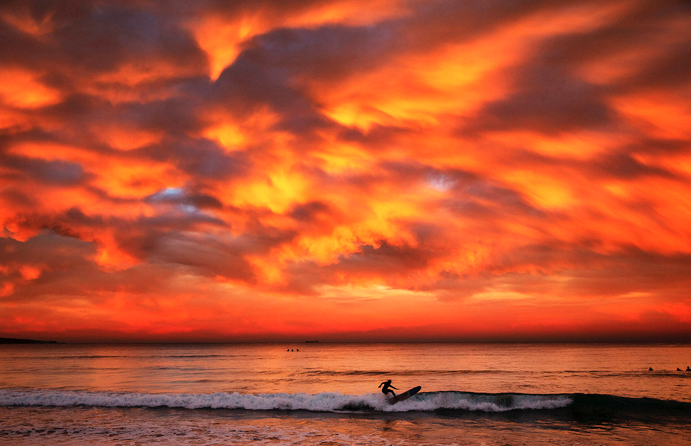 “This is another one I really like, and it's purely a weather thing. I was just photographing some surfing, and I looked up in the sky. All of a sudden there was the most unbelievable sunset I'd ever seen. It looked like the whole sky was on fire. There was a guy on a longboard about three hundred yards up the beach. I just happened to get a couple of frames of him as he caught a bit of a wave on the shore. I don't particularly like a sunset for the sake of a sunset. I just feel like it needs to have some sort of human element. It’s one that I really think is special.” 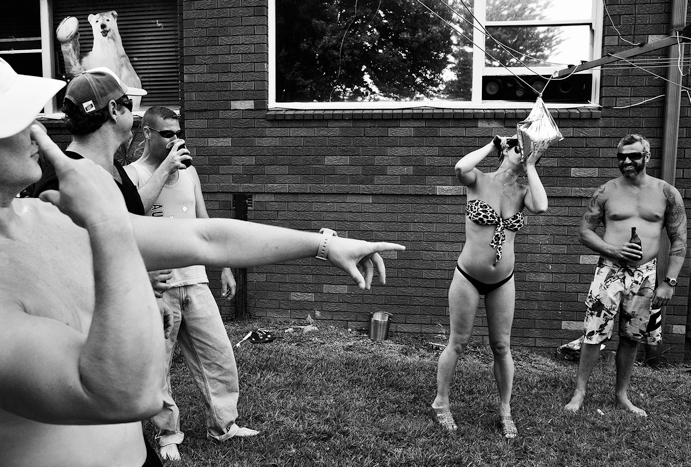 “I've ended up at parties on Australia Days. I've wandered into a party and sort of said, ‘Hey, who owns the party?’ Someone ends up pointing at someone else, and I go up and have a chat with them and say, ‘Hey, look this is what I'm doing. Do you mind if I wander around with the camera?’ Again, they always end up saying, ‘No, no problems, mate. Go for it.’ I turn around and there’s someone handing me a sausage sandwich or bringing me a beer.”