If you don’t know his name, you will probably know his work. Alex Coppel has been shaping our view of Australia for more than 20 years, in a career that has included photographing everything from global sporting events, celebrities in the studio, heartbreaking personal moments, and the wildest of weather. Chances are if it’s a news story involving Australia, Alex Coppel will have been there.

Press photographers will often tell you that no day is ever quite the same, an expression that means different things to different people. But Alex, a one-employer photographer who has spent the last 20 years shooting for Australia’s Herald Sun, has chosen to take the saying to heart - there’s almost nothing he won’t shoot.

The result is a hugely diverse portfolio that’s given him widespread respect and accolades – most recently the Walkley Press Photographer of the Year for 2022. And it all started in the darkroom before he even knew what the darkroom was. 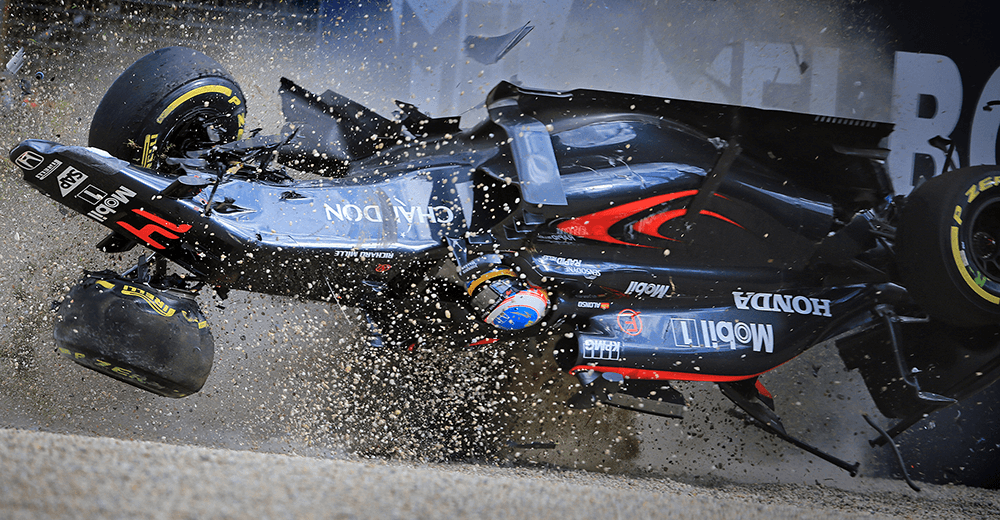 In Formula One, crashes typically happen in the first five laps. “I spent years watching my colleagues capture amazing shots at the Grand Prix, and it got me wondering – are they concentrating the whole time? At the 2016 Melbourne Grand Prix, I decided to really focus and watch the whole race. When I heard a bang, I just panned as Fernando Alonso crashed at 280 km/h – I didn’t even see it through the camera. I quickly dropped the camera and ran with a short lens to have a look, and my boss was saying, did you get it, did you get it? I started shaking when I realised I’d captured the whole sequence.” Alex later told us he was offered $15,000 for the photos, but couldn’t sell them. Canon 1D X, EF400mm f/2.8L IS II USM lens. 1/1250s @ f4.5, ISO 500.

“My dad used to be a photographer, and when I was probably three or four, I used to sit in the darkroom with him, but that didn’t really resonate until I was in High School,” Alex explains, talking to AP over Skype from his hometown of Melbourne. He’s just back from three weeks at the Tokyo Olympics, where he reckons he shot more than 7,000 images every day.

“I’d failed a couple of subjects and decided to do photography as an elective. My teacher at the time said, ‘You’ve done this before, haven’t you?’, and I said, ‘No, I haven’t’, but somehow I was getting everything right.” Melbournian's deal with the extreme hot weather in their own special ways as the temperature climbed beyond 40 degrees for three days in a row in 2009. Here, locals in Sandringham jump off the pier.

He may have had a natural gift, but it was another seven years before he decided to do something with it. Prior to that Alex was living in his car, fruit picking and travelling around the East coast. However, the photography thing was always bubbling away.

“One thing I’ve always done is look at photos in magazines and try and see how they were done – I’d pick one photo in National Geographic, say, and try to reproduce that image. It could be light painting, or a long exposure, I’d try and copy it.”

Realising that looking at magazines would only take him so far, he enrolled in Photography at RMIT. 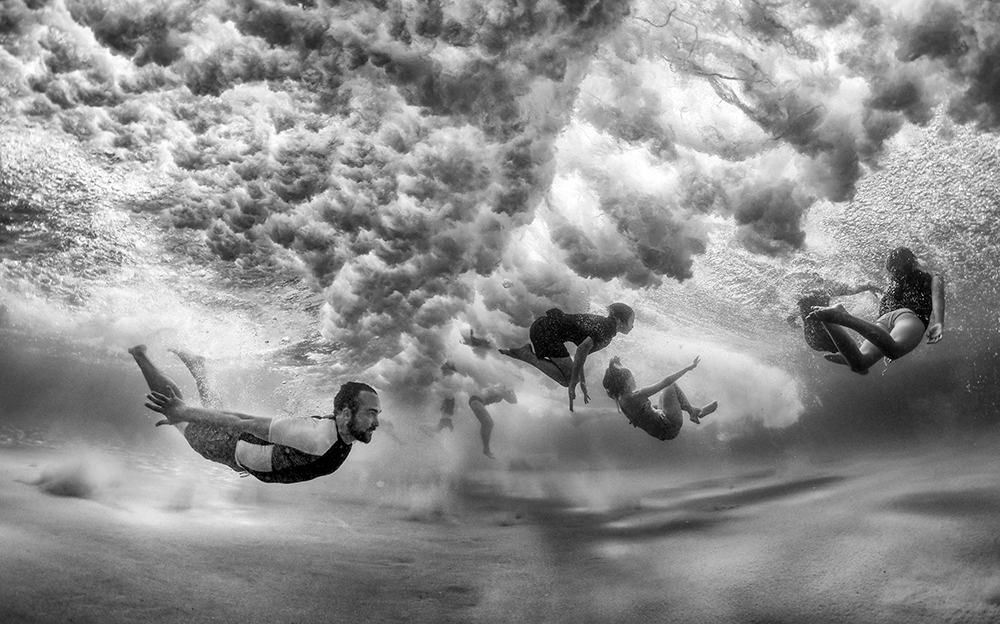 “I picked the more commercial side of photography [to study], but I guess I was a bit shy of putting myself out there – the fear of getting it wrong when you’re being paid was there for a really long time, but you overcome that.”

Without realising it, the skills he learned put him in good stead for a career as a press photographer. 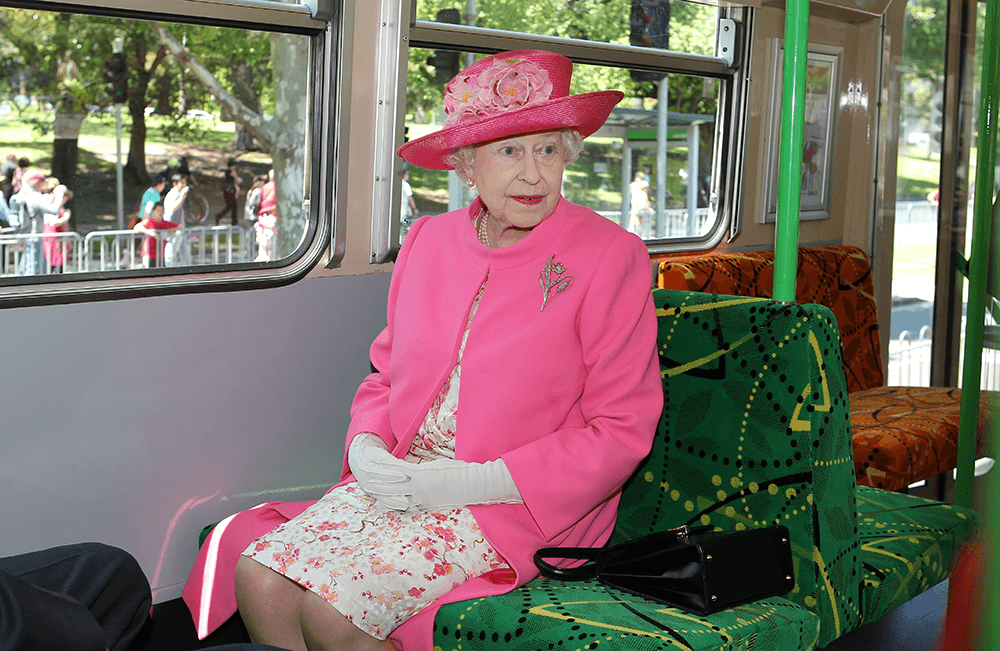 The 2011 Royal Tour. Here, her Majesty Queen Elizabeth II, who was travelling with the Duke of Edinburgh, visited Federation Square and rode on a tram through Melbourne. Canon 1D Mark IV, 35mm. 1/160s @ f5, ISO 400.

“Looking back, I went down the commercial photography path, and didn’t go down the photojournalism path, but ended up getting a job in photojournalism where we probably light people on location more than anything else!” he laughs.

It was while he was studying that a friend’s girlfriend tipped him off that the Herald Sun were looking for casuals. He submitted a portfolio of his RMIT images and some of his travel photos, and they took him on, initially one shift a week. It was 2001. 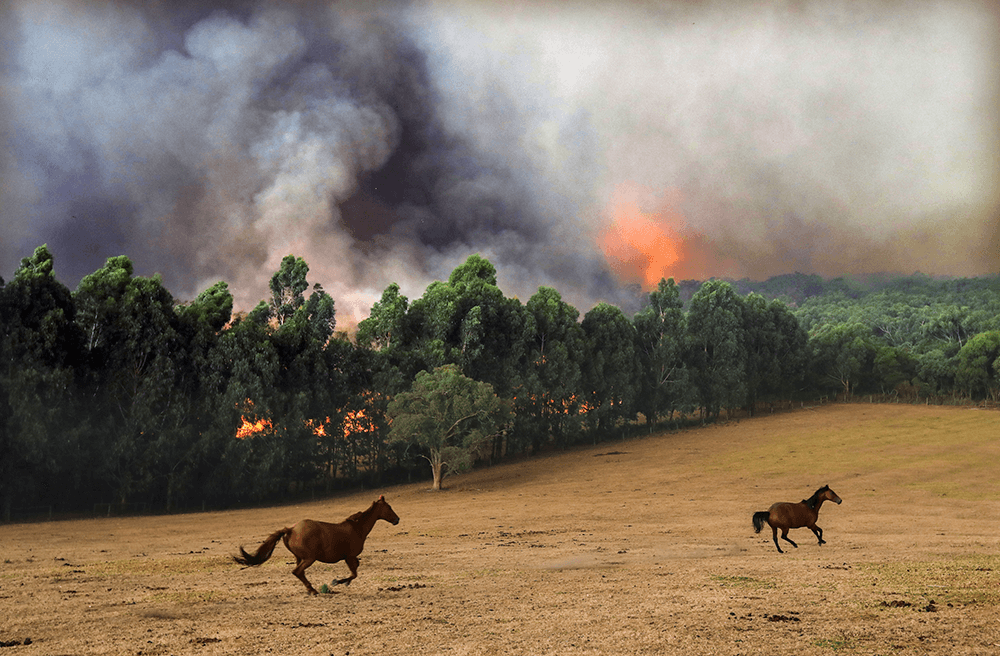 “At the start I shot images for the wedding section which was at the back of the Herald,” he says. From there, his initiative started to get him noticed, and he began to get more and more work, constantly expanding his repertoire as he went. The rest, as they say, is history.

The team at the Herald Sun is made up on nine photographers in Victoria – three on the desk and six who rotate through a 7am-11pm roster. The work can come through at any time.

“You could get a phone call a week ahead that might say, we’ve got Megan Gale with a product launch in Melbourne, where would you like to do it? Or you might get a call that says ‘quick, go here!’ 90% of the time you probably know what you’re doing ahead of time, but it’s not always like that.”

When I speak to him, Alex’s experience of capturing the protests at Melbourne’s Shrine of Remembrance is still raw. Police had deployed tear gas into a crowd of hundreds as they tried to end a tense stand-off over Covid-19 lockdowns. “I had a GoPro fixed to the top of my helmet recording video, and you could hear the munitions going off,” he recalls.

The challenges of photographing a fluid, rapidly changing event like this require a totally different mindset to the more ‘controlled’ style of photography that often makes up much of the job.

“With a portrait for example, you’re photographing people who usually want to be photographed, and in most cases, you’ll be able to control the environment,” explains Alex.

“With something like photographing a protest, I carry a ‘grab bag’ with a rugby helmet, a laptop and two cameras with lenses on each, and you need to throw yourself into it. [With the protests at the shrine] I had to be in-between the line of police and protestors; at one point I was hit by a metal ball bearing that left a huge bruise on my hip. It’s dangerous.” 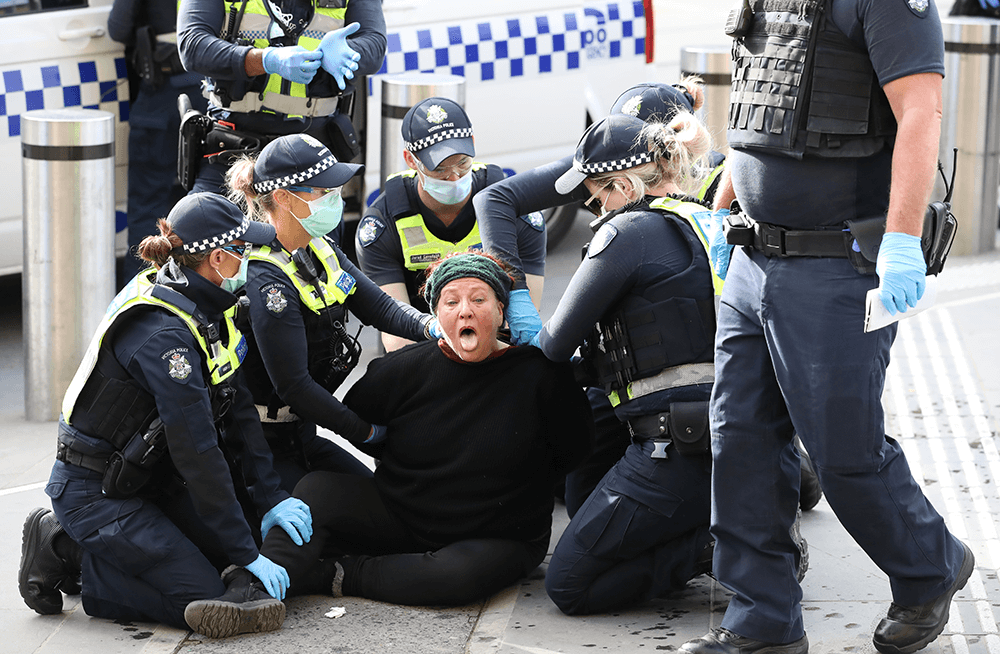 And then there’s the challenge of capturing and sharing in the field.

“You really don’t know what’s going to come your way, and you can’t walk away while it’s still going on either. On the day of the shrine protests I walked close to 20km,” he says.

The media’s appetite for imagery means photos need to be uploaded almost as quickly as they’re captured.

“I can get my editor one or two shots by connecting the camera to the phone, which can keep the boss at bay while I shoot more,” he laughs. Alex shoots JPEG to keep file sizes down, and editing is limited to basic cropping and the odd exposure adjustment – ‘as shot’ is key. Alex’s gear is built on the back of Canon EOS-1D X Mark III DSLRs.

“When it hits the fan, you generally need a wide-angle – the 16-35mm is great for when you’re in the thick of it and there’s pepper spray flying everywhere. But I think for telling a story, the 24-70mm is better at isolating subjects. You can overthink it and carry too much, which I still do all the time.” Many pros are diehard Manual shooters, but Alex isn’t. 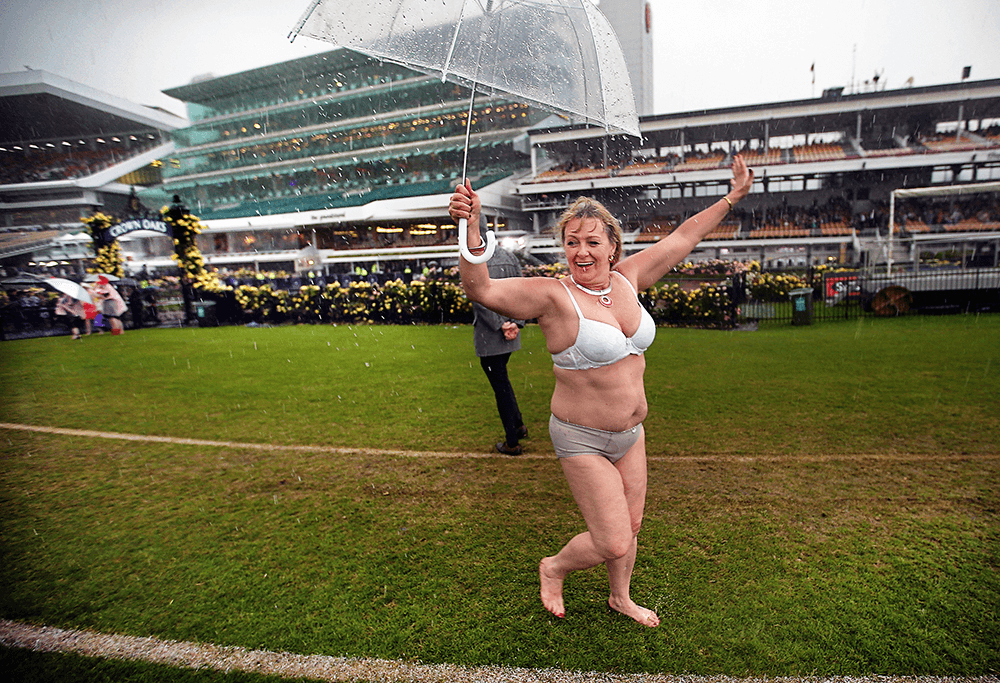 “I don’t use Manual. I’ll select Auto ISO, and I’d lock the exposure at say 1/1250s @ f4. That way I know I’m going to freeze the action. I don’t cap the ISO either, as the sensitivity of sensors are so good these days. In fact, I’ve stopped carrying the flash around as I don’t need it.

One of the most challenging environments to photograph is when you move from inside to outside, and the camera has to adjust its metering in turn. But I think the technology is good enough now to trust it will get it right.” 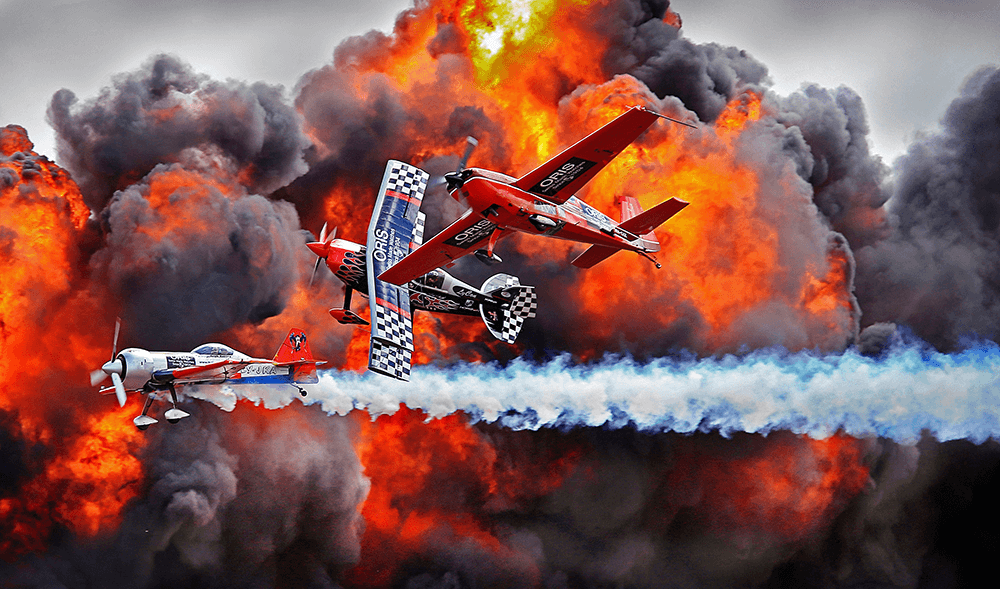 Autofocus changes depending on the subject. A central point works best for most news subjects, and he prefers Back Button focus.

Style can be a hard thing to pin down, and especially when you’re not known for one type of photography, he explains.

“If you were to ask me what my particular style is, I don’t know what my answer would be. You might get a fashion image in the morning, and then have to go shoot a protest in the afternoon – they are just so different.” He’s also keen to distinguish press photography from photojournalism. One of the biggest domestic stories of 2018 was that of conjoined 15-month-old twins Nima and Dawa, who were brought to Australia with their mother from Bhutan as doctors in their home country did not have the surgical experience necessary to carry out the complicated operation to separate them. Here, Paediatrician Dr Karma Sherub, and mum Bhumchu hold her daughters before their journey to Australia. Alex described capturing the family’s journey from Bhutan to Australia as a career highlight. Canon 1D X Mark II, EF85mm f/1.8 USM lens. 1/400s @ f1.8, ISO 2000.

“Photojournalism is just part of what we do, but there’s also sports, commercial, news – everything.”

What it teaches is an ability to be fluid.

“I’ve always been an advocate for keeping diverse and avoiding being pigeonholed - it’s healthy. I think for new photographers this can be intimidating, but it’s how you grow,” he says.

One of the challenges of press photography is also understanding you ultimately work for a client – you get given a brief, and you need to follow it. It’s one of the reasons Alex has been successful at what he does for so long. 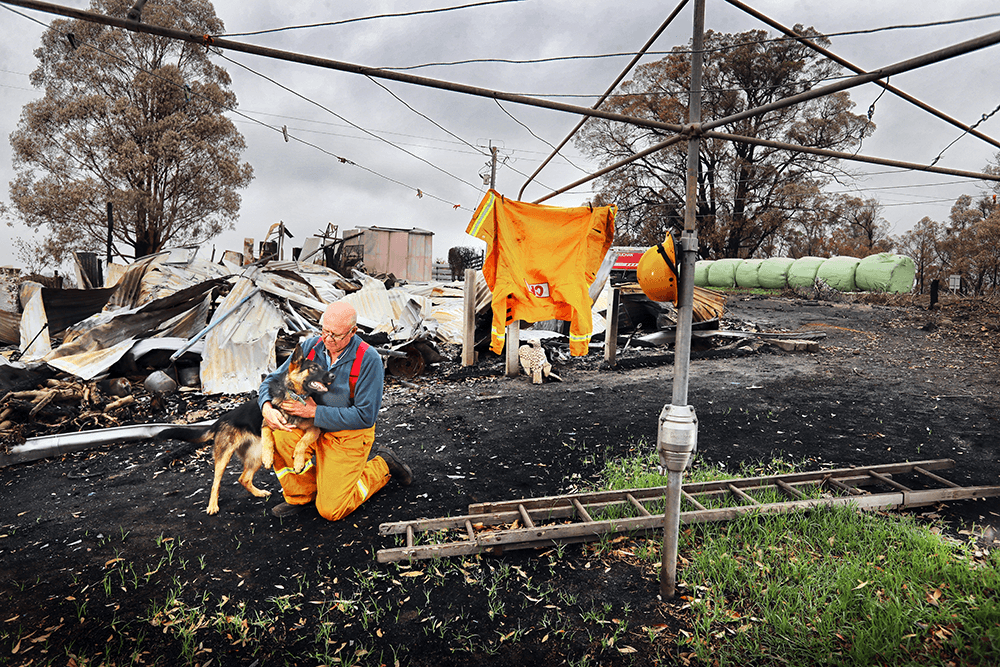 “Our job isn’t to be creative with things like motion blur and so on, and although this can be limiting at times, it’s also the job – my client doesn’t want to see the ‘art’, and you won’t last long if you start shooting images that can’t be used.”

As to whether press photography is something he’ll be doing in another 20 years, Alex is unsure.

“I can’t see it staying the same in another decade – already we’ve seen so much content made available for free, and that has changed the game a lot,” he says. Today, his portfolio almost lives exclusively on his Instagram, @alexcoppel, a far cry from the days where an aspiring photographer carried their printed portfolio with them to prospective jobs.

At an event like a protest, he’s just as likely to be shoulder-to-shoulder with a young unaffiliated photojourno keen to fill out their portfolio than he is a grizzled veteran. For these young photographers, Alex is clear that press photography isn’t an easy path, but it can be a rewarding one.

“It’s not where the money is as a young, aspiring photographer, but it’s definitely where you’ll be challenged continuously – you have to think on your feet and work fast, and if you can get a hold of that it will set you up for life.”

“I’d like to think I’d be on the beach somewhere,” he says, laughing. But he’d still be shooting.

“I’m hopeless - I love photography, I’m a tragic. I take a camera with me everywhere. One day I’ll relax and have a proper holiday – the novelty just doesn’t wear off.”