Andrew has had a diverse career, starting out as a photographer in the commercial and fashion space, working with prominent Australian and international brands such as Vogue, Viktoria & Woods, eBay Fashion Gallery and Unilever, before moving overseas to work as a cinematographer and editor at the World Surf League.

Now, Andrew specialises in documentaries as well as ocean and nature photography and videography and has created many award-winning documentary and narrative films, particularly within the surfing sphere.

We caught up with Andrew to delve a little deeper into his extensive career as a filmmaker and find out what’s in his Canon kit.


How and when did you start out as a photographer?

I started taking photos when I was about 12-13 on disposable 35mm cameras. Back then, you could develop them at Coles and it was substantially cheaper than it is now. I’ve recently moved house and found a few boxes of old photographs in the Coles packaging, which was a cool throwback – they’re pretty terrible photos but great memories.

I started out by taking photos of friends surfing in my teenage years when I realised they were much better surfers than me, and before long I got a Mini DV tape video camera for my birthday at around 15 years of age. My Aunt and her partner were really creative and gave me their old Mac computer not long after, which is where I taught myself how to use Final cut pro, etc. and started to learn the ins and outs of putting clips together. I burnt some DVDs for friends from our holidays and surf trips and general mucking around being teenage boys. I always loved the process of creating with the movie image, as I felt there were so many more layers for expression beyond a still picture. 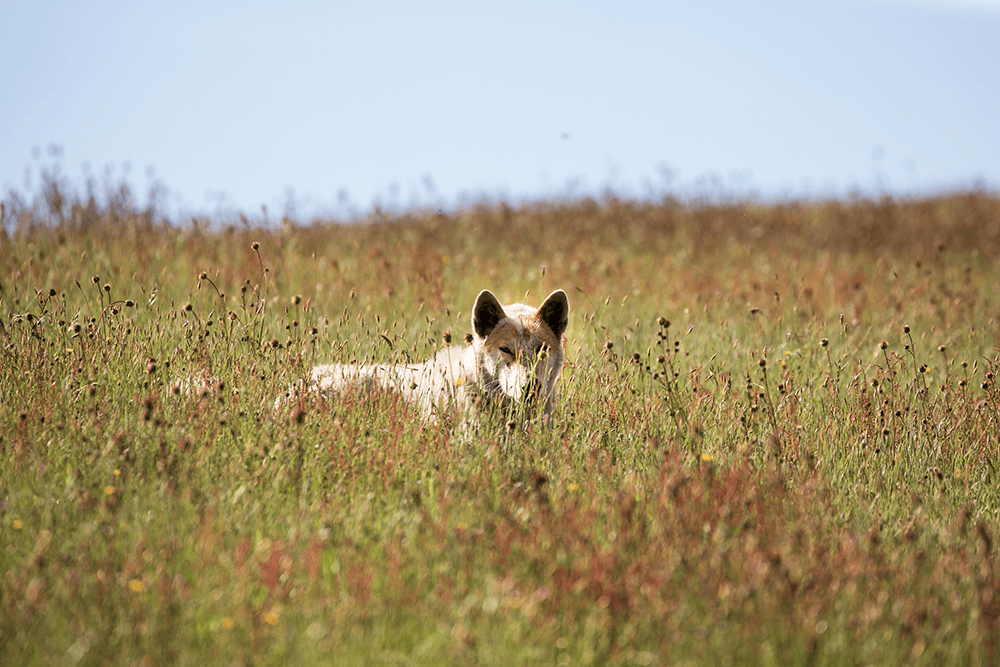 Can you please provide a brief overview of your career?

I started my career not long after the Canon EOS 5D Mark II revolutionised the film industry. It coincided roughly with the release of Instagram, so it was a real turning point and seemed to create a whole other industry in the digital realm. I sold my tape based camera to buy the Canon EOS 5D Mark II and a 24-105mm lens. I think the first job I shot on it was a multi camera runway show at Sydney Fashion Week. It was a bit daunting at the time, moving from a small sensor tape based system to something that had such a large sensor and shallow depth of field – it took quite a bit of practice to get used to. It seemed a lot of that era for online videos was dictated by the look of the EOS 5D Mark II– everyone had one.

Basically, I worked in a lot of different genres, just having a good time really, doing whatever seemed fun and getting experience in all genres to see where I wanted to take it. I photographed and created content in fashion, music, travel, and have always worked in surfing – switching between freelancing for other production companies and assisting and working directly with clients/PR agencies. I wasn’t completely immersed in film at the time, and also wasn’t in my childhood – I just did it for fun and loved it as a job. It wasn’t until much later on that I really developed a love for film, I guess a natural progression of eventually wanting to move from fun to pushing myself creatively. Back then, it was much slower to be inspired without the overload of information on all the social platforms, especially coming from a small regional area.

My career didn’t really change path until about 2015 when I stayed on in Jeffrey’s Bay, after working for the World Surfing Tour, to make a short film with Derek Hynd. This was where my focus shifted to wanting to do things for me and creating something I wanted to share with people that had a deeper meaning behind it. It was really well received and gave me the confidence to start to push my own views on how I want to do things and ultimately led to being able to work on some really fun projects from then on.

“I still dabble between photographer, director and cinematographer. Choosing to work on projects I like and with people I want to spend time with, rather than focusing on a specific discipline. This has had pros and cons of course, but it’s a constantly evolving journey figuring out where my greatest strengths are in film and deciding on where to take it. Still not 100%, but as long as I’m working on creating films.” 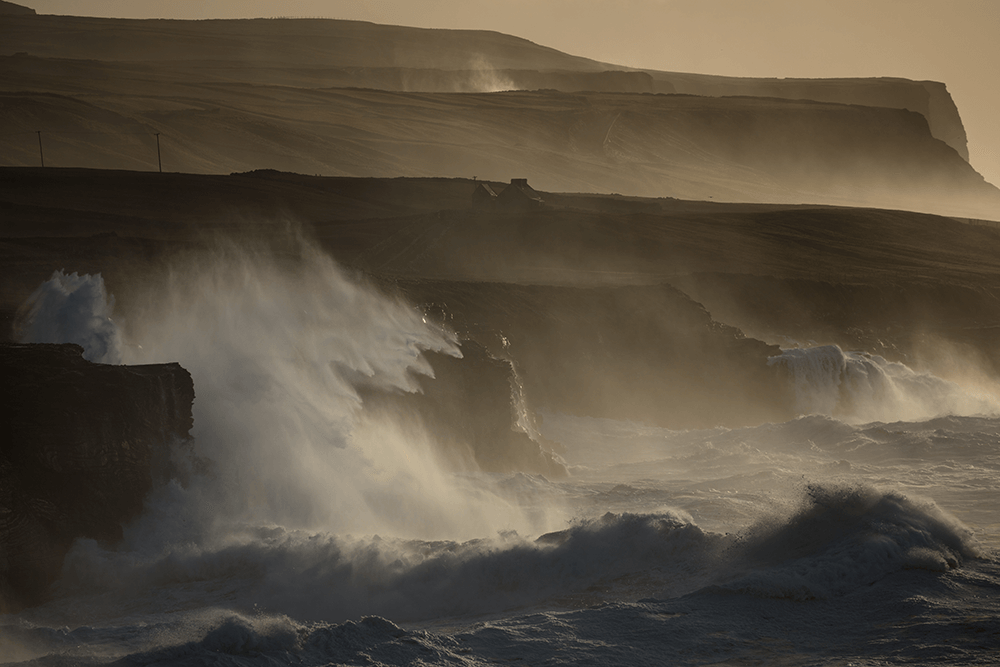 What project are you working on or have just completed?

I currently freelance as a Director, Cinematographer and occasional Photographer. I basically enjoy shooting most of the time and occasionally will create a personal project or see a job through from start to finish when I’m feeling inspired and love the idea. It’s a great balance and allows me to have a break and just ‘work’ for other people, but also keep myself interested and inspired by committing to projects every now and then.

The past two years have been a change of pace and really allowed me to take control of what I want to do and where I want to head; full of incredible opportunities and probably a great example of how I like to work. The most recent short film I created was called ‘Mourning Country’ after the 2020 bushfires, which won the Northern Beaches Environmental Art Prize and also screened and won some awards at film festivals.

After this, I did a very long stint as a Cinematographer on a Netflix natural history show called ‘Animal’. I also released a feature length surf documentary on a big wave surfer in amongst all that, which is being distributed by 1091 in the USA.

Currently, I’m slowly working on a long-term photography project in The Budawangs after re-connecting with home after 10+ years of travelling. The area is an incredible wilderness area just outside of Milton in NSW full of amazing rock formations, a rainforest, waterfalls and animals. It’s extremely remote and hard work, I’m often out there for multiple days by myself soaking it all in and trying to put together a collection of inspiring images to release when it’s done. No time pressure, just the enjoyment of taking photos again. Apart from that, in the film world, I’m working hard to get funding for a long form documentary.


What have been some of your career highlights to date?

One of my biggest career highlights was being selected for Canon’s ‘Show us What’s Possible’ initiative to create a personal film with no expectations on the end product or where it had to go. It was a great learning experience as well as an amazing opportunity to create my first long form film.

I decided to make an abstract surf film with a book, set in Ireland, that was the opposite of anything commercial. It was invaluable to go through that and come out the end with a special product with no commercial obligations. I had to overcome a lot to finish it, so as well as it being a great creative journey, it was an intense personal journey as well.

About 3 weeks before I was flying out [to Ireland], I broke my leg surfing. So, I ended up having to hire a friend to come to Ireland to film with me while I spent the first 1-2 months in a moon boot walking on crutches. It’s quite amazing, looking back, that I was able to get the end result we did with so many hurdles. It was character building and also a great learning exercise in working in remote locations with lots of things going wrong – certainly gained a lot of experience in problem solving and working in hard-to-work places.

Our first shoot was in late January near Noosa before heading overseas. I was on crutches and we were shooting with surfer Harrison Roach under the Full moon – an idea I had envisioned and tested for about 2 years prior. Everything lined up and I was hobbling around on the sand at midnight with good friend Todd Barnes making the most of the extremely rare conditions. That was really special, and to have the footage turn out exactly as I had imagined in my head was so great. We shot on the Canon ME20F with the 600mm f/4 at about 50,000 ISO. 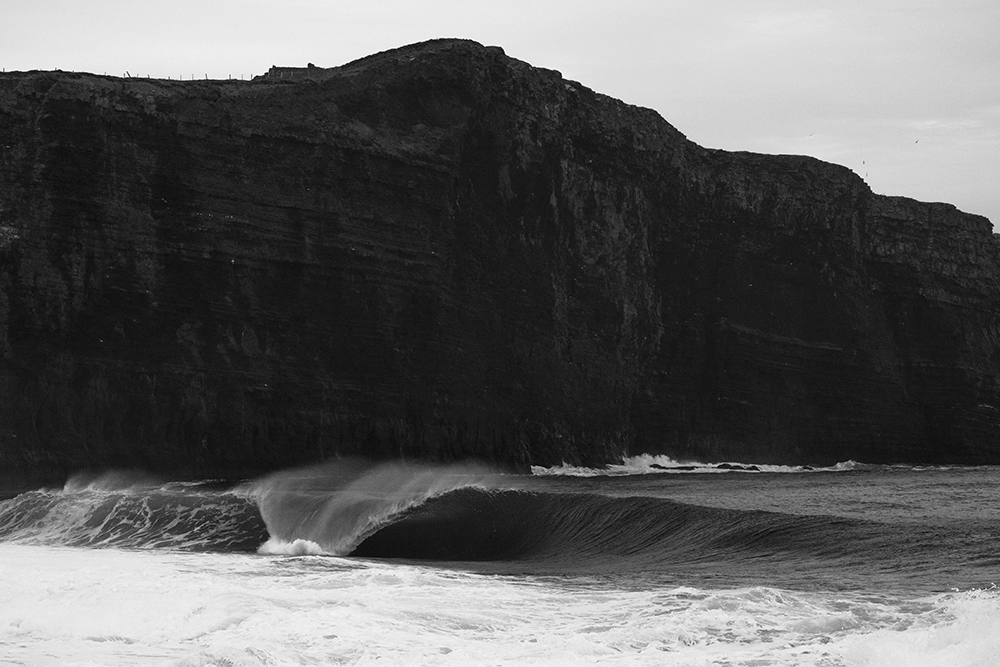 Do you have any significant photographic influences or styles?

I don’t tend to reference for my work. I usually get inspired from music or the subject matter I’m shooting, and try to translate that in my own terms to film. It’s only really been in the last 2-3 years I’ve started to really get inspired by different directors, photographers, etc. as I narrow down my own style.

I love 20th century black and white photographers Robert Dousneau, Henri Cartier-Bresson, Ansell Adams & Brassai, although they haven’t really influenced my style so much, that is definitely the style I’m drawn to. It feeds emotion, which I guess is what I hope to achieve with my films. In the modern day, Robbie Lawrence and Trent Mitchell are a constant source of inspiration.

I’m not particularly looking for another photographer to ‘influence’ the outcome of my work, but more so looking at how they go about creating and their output for inspiration to apply to my work process. That in turn indirectly inspires ideas or outcomes, rather than directly influencing an idea.

In terms of the moving image, I’ve followed Jimmy Chin’s and Jennifer Peedom’s careers and have loved what they have done in the past. Films that have had an impact on me recently were ‘All Light, Everywhere’ by Theo Anthony, ‘Honeyland’ by Tamara Kotesvka and Ljubomir Stefanov, and ‘Sweet Country’ by Warwick Thornton. 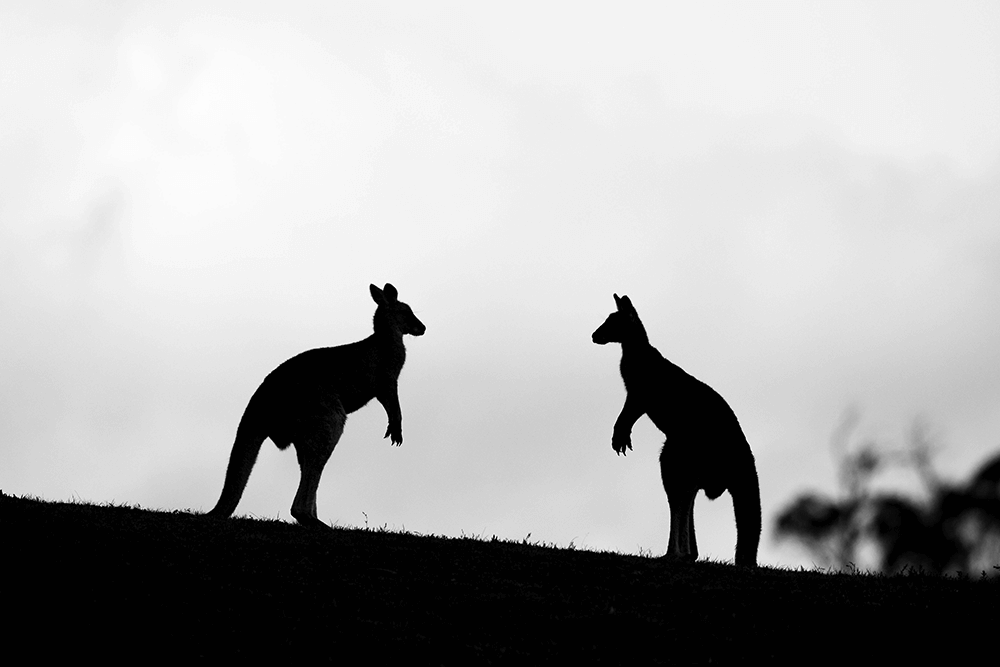 What's in your Canon kit?

As my work varies so much, I tend to rent quite a lot depending on the job. Renting gear allows me to choose the right camera/lens combo for a specific job. I also have a trusty old Canon AE-1 and a couple of FD lenses for personal and travel photos. I also adapt these onto the EOS R5 when I want a different look or when shooting video.

“The Canon autofocus system is incredible for lighter and smaller productions and has been instrumental in getting some shots that weren’t possible before, particularly on gimbals like the RS 2 and Ronin. I use the CINE-SERVO 50-1000mm T5. 0-8.9 and CINE-SERVO 25-250 T2. 95 extensively on wildlife shoots, and they are obviously unmatched for that kind of work from any other manufacturer. Easy to use and so versatile.”

I’ve also used the Canon EOS series extensively over the years, starting with the EOS C300 Mark I. I shot ‘Beyond the Noise’ with the EOS C200 and recently used the EOS C500 Mark II which was an amazing piece of kit to use. The Cinema EOS form factor is great and the new EVF is epic. There are a few options and depending on the job, it’s good to be able to choose what works best. For example, the EOS C500 Mark II if you want a full-frame look or the EOS C300 Mark III if you need S35 for different lenses or slow motion.

Find out more about Andrew and his work on Instagram or his website and explore the EOS C500 Mark II and EOS C300 Mark III cameras that he uses here.