Jarrad Seng: The Story of Scars

Trophy, affirmation or reminder? Explore the power of old wounds through a series of powerful portraits

I’ve always believed that every scar has a story. I’ve got plenty of my own - some big, some small. Some from surgeries, one from an ill-fated piggy back incident, several from spending 37 days in a Samoan swamp surviving on a reality tv show. What they have in common is that each marks a vivid memory from my past. The Story of Scars is a portrait project that explores human resilience. It’s allowed me to connect to some incredible subjects in an intimate, powerful and unique way. 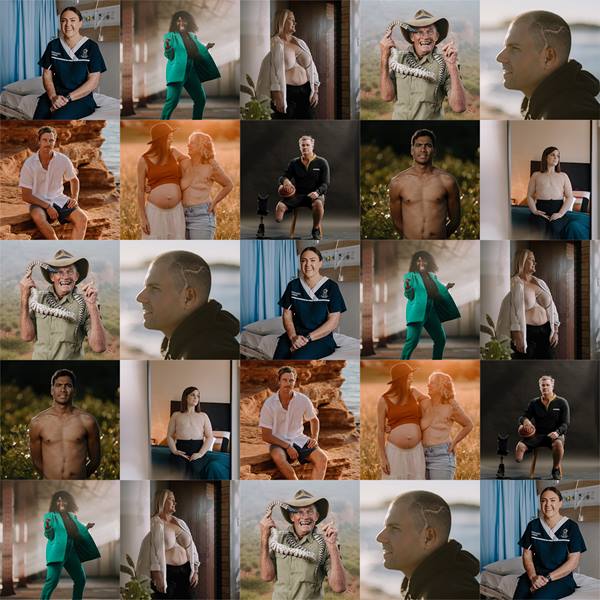 This isn’t a series intended to have shock value. It’s quite the opposite. In fact, there’s perhaps surprisingly little scar tissue visible for a project centred on scars. It’s a project about people, and the powerful stories behind the wounds we all wear.

Every Scar has a Story

Esther was born in a small village in South Sudan. At the age of three, she burned all her fingers on both hands after falling into an open cooking fire in a refugee camp. After spending seven years there, Esther and her family arrived in Australia, unable to speak English. She went on to obtain a Bachelor of Social Work, gave a TEDx talk and inspired thousands by telling her story of determination and courage through adversity. “People used to say my smile was my best feature - but my hands are. When I was younger, I used to wear long sleeves all the time. But now I’m showing them off because they’re who I am. Without them, I wouldn't have that resilience or strength. Every time I go through something diﬃcult, I look at my hands. I’m like, look how far you’ve come.”

Megan Basioli was only 15 when the explosions went off at the Sari Club in Bali. She woke up covered in rubble and amongst absolute chaos. While the burn scars on her arms are painful reminders of this tragic day, they now also represent to her resilience, strength, and family. The care she received in hospital every day, inspired her to pursue a career in the Emergency Department at Royal Perth Hospital. “I never hide away from showing my scars anymore. I’m kind of proud of them, I guess.”

Brian Bush’s fascination with reptiles began with little lizards in the backyard - now it’s his livelihood, educating people on snakes, submitting research, and writing books. He’s been bitten dozens of times, but one experience stands out - the time a 1.6 metre King Brown grabbed a hold of him, the venom and pressure immobilisation causing significant tissue destruction to his pointer finger. “People think I’m an idiot, but I was happy because it gave me the opportunity to document the whole bite. Imagine talking about snake bites if I’d never experienced a snake bite. I love that finger; I love the battle scars. These are signs of living.”

In 1992, Brad Ness lost his foot in a ferry accident. He turned to wheelchair basketball as a way to involve himself in sport and get on with life - a journey that has seen him represent Australia in five Paralympic Games. To Brad, his scar represents achievement and resilience. “A lot of people out face adversity in different times and shapes and forms. I really hope people see this, and see the scar, and know that even if something does happen and you’re dealt some bad cards - you can always moving on and achieve things in life. It doesn’t have to stop there at all.”

From hospital beds on opposite sides of the world, mother and daughter Michelle and Mindy would FaceTime each other and compare hospital food while recovering from cancer surgeries and chemotherapy. Mindy has undergone surgery relating to bowel cancer, while her mother Michelle has survived through bladder, uterus, breast and bowel cancer. When Mindy looks at her mums scars, she thinks about the bravery she has shown in battling five different cancers. “It makes me see how strong Mum is. She’s such a trooper. If gives me a lot of hope that if she can do it, I can do it too.”

Mick Pigram is a youth mentor born and bred in Broome, Western Australia. The Lynch Syndrome genetic condition has existed in his family for several generations, which led to bowel cancer at the age of 29. His scar from the surgery represents life, survival and a reminder to live life for the now. “As my dad would say in one of his songs, you’ve got to live life to the full, with a belly laugh and a cry.”

While Michelle Powell still bears the scars and trauma resulting from violence in a previous marriage, she now uses her experience to run 'Empower Her' - a program that helps women going through similar experiences to rebuild and recover. “The scar used to ignite negative emotions and bring me to tears most days. You jump out the shower and see it in the mirror every day. But now I practice looking at the wound as a positive in my life and allowing the trauma I felt to actually give me strength to keep moving, to power through, to launch my movement and know that If I can get this far, I can help other women move on from their past as well.”

Jackson was out spearfishing and swimming just south of Coral Bay when a two metre long shark latched onto his leg. “It felt like something whacked you from out of nowhere. And then you look down and realise what’s happening. I realised that the holiday was probably over which was a bugger.” After he managed to swim 100m back to the boat, his girlfriend navigated them 35km back to Coral Bay.

After finding a lump in 2017, Amanda was told she had breast cancer. It was recommended that she undergo a mastectomy. She later made the diﬃcult decision to undergo a prophylactic mastectomy on her right breast as a preventative measure. Her initial reactions to the surgery were feelings of grief and loss, but time has helped shift perspectives a little. “For me, my breasts were a sign of my femininity and part of my sexuality that I had to let go. However, I realised that those parts of me weren’t really gone with the surgery. It’s more about me and who I am and how I interact with my partner that gives me a sense of femininity and beauty." Her scars are a reminder of what she is capable of.

Tommy Quick was only 12 when he experienced a stroke. His road to recovery has been long and challenging, having to learn how to do walk, talk, swallow and lift his head again. Now, he’s making his way 9000km across Australia on a recumbent trike to inspire others and raise awareness and funds for the Stroke Foundation.

Watch the stories behind the scars
Advice: Some viewers may find some of the themes discussed distressing.
Behind the scenes
Canon Ambassador Jarrad Seng - The Story of Scars Gallery 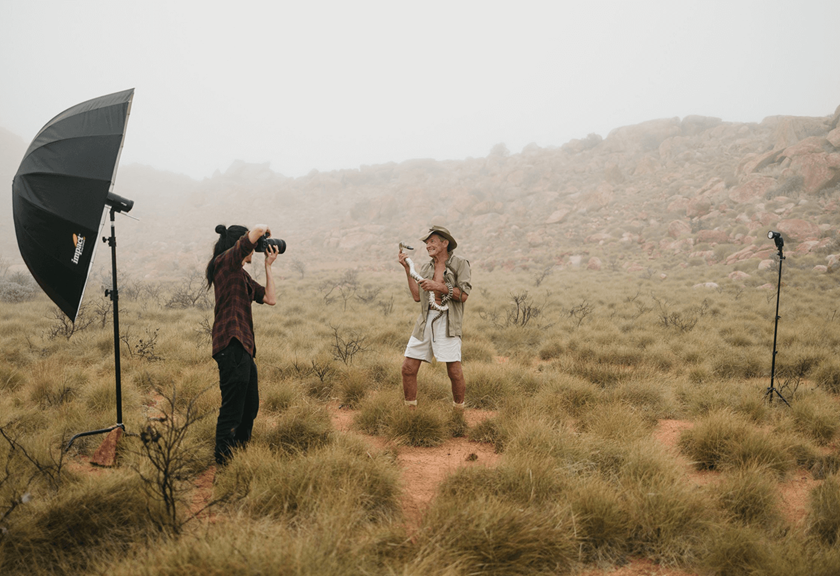 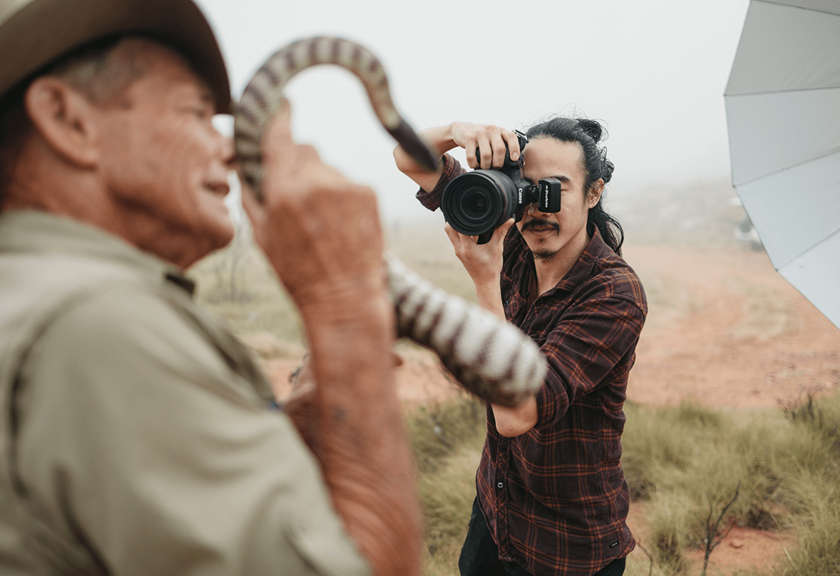 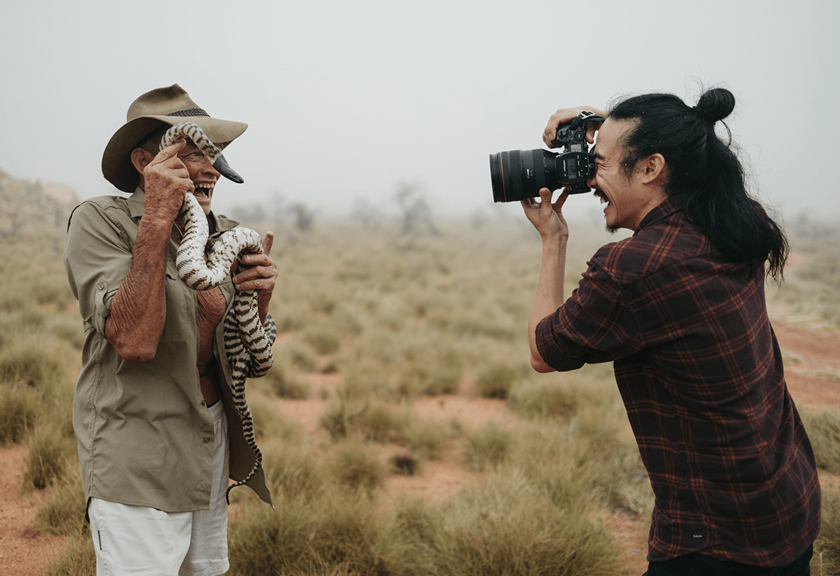 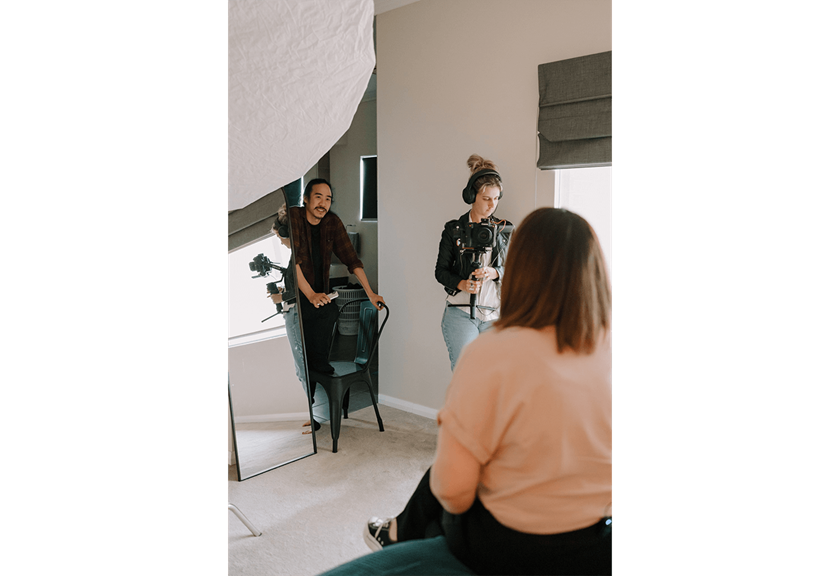 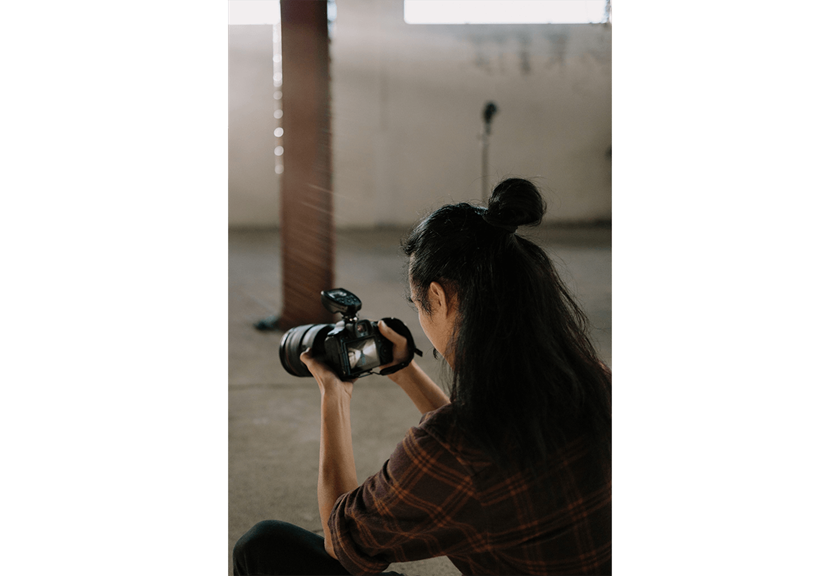 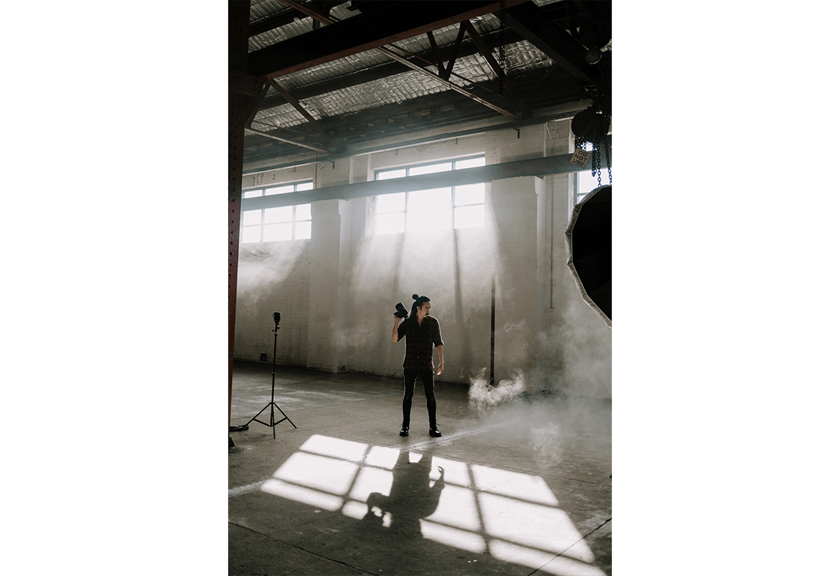 "Capturing somebody’s portrait is an intimate experience, for both the photographer and the subject. And that’s what drew me in. Deep diving into the stories that perhaps without the camera in hand, I would feel uncomfortable broaching." 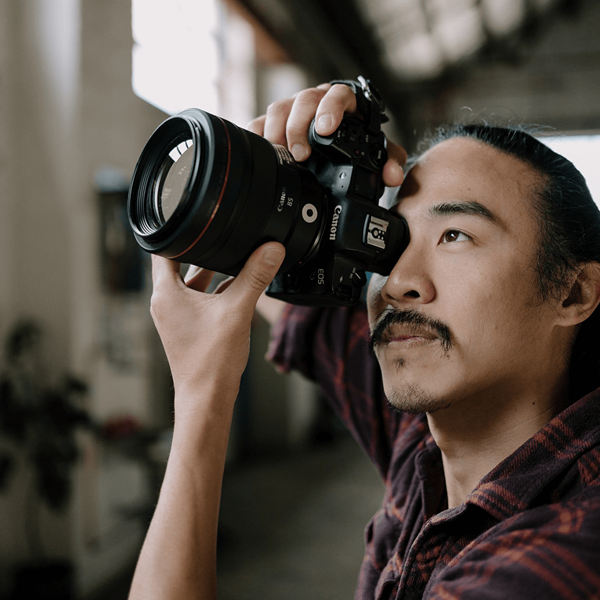 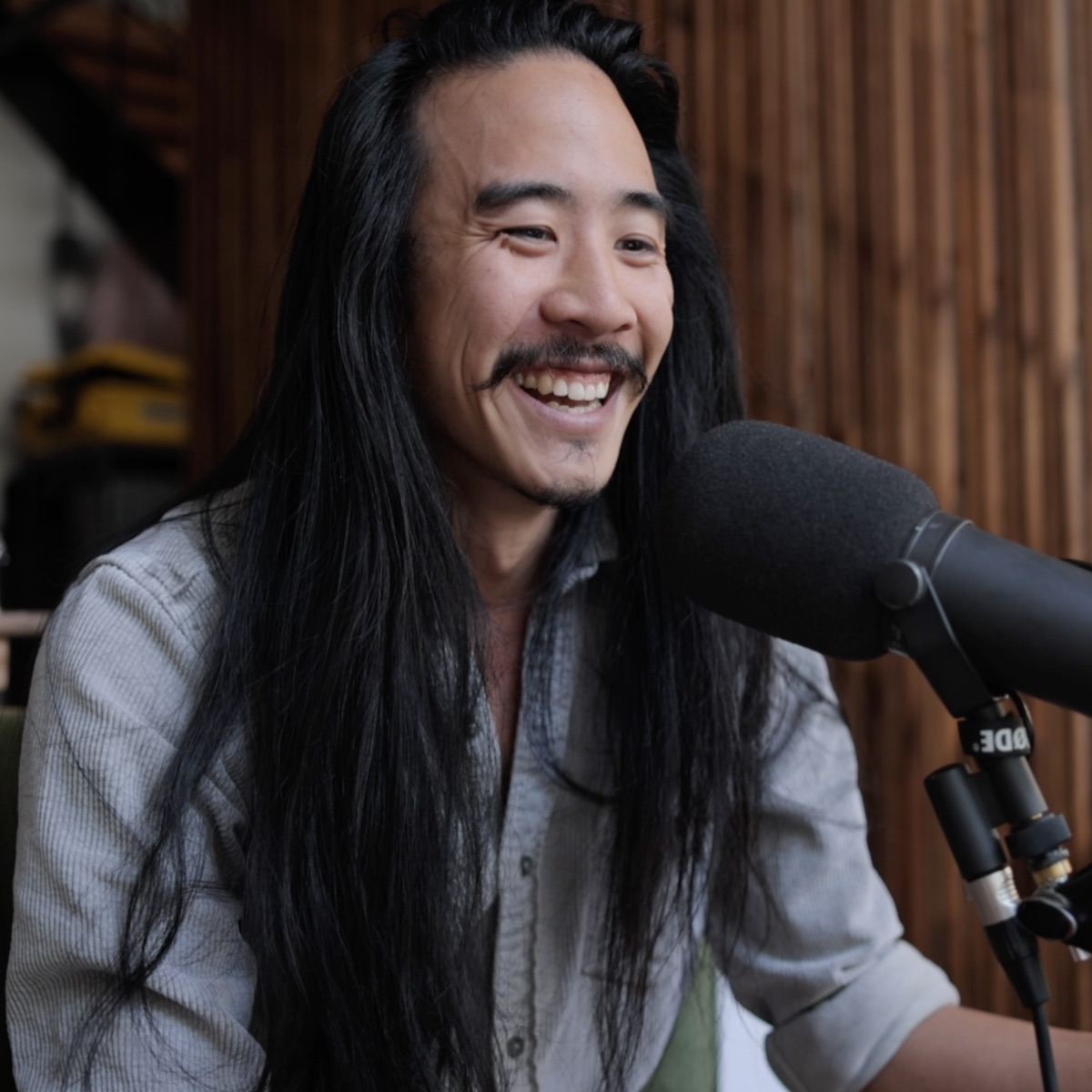 The Story of Scars on The Canon Convos Podcast

Join Jarrad as he speaks to Daniel Boud about the idea behind 'The Story of Scars' and the diverse subjects that he engaged with.