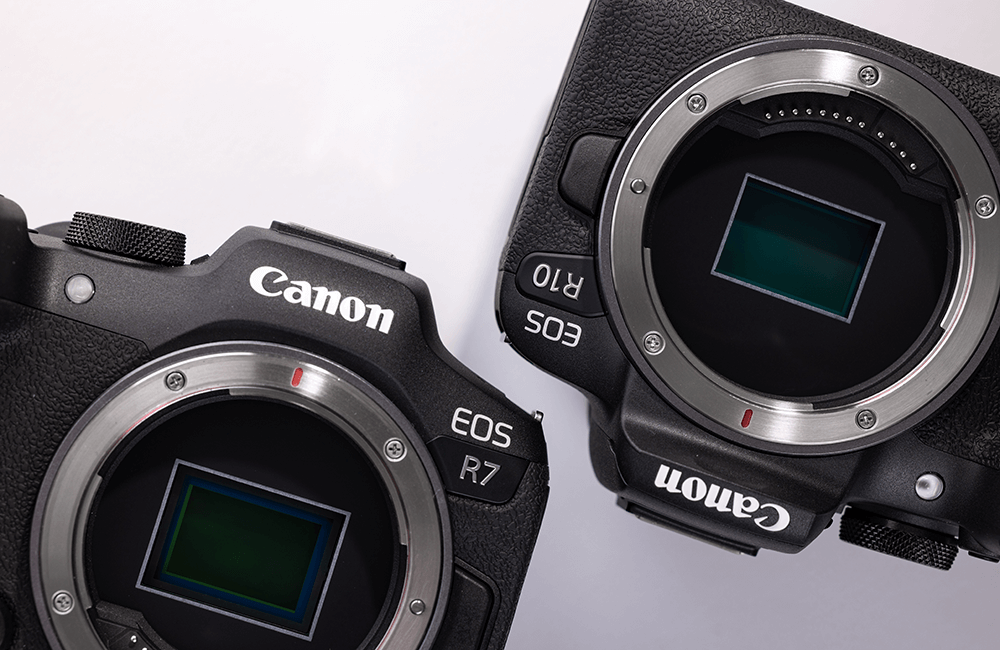 The EOS R7 and EOS R10 are enthusiast level APS-C sensor mirrorless cameras in the EOS R series line-up. This is a first, as all existing R series cameras are full-frame. APS-C sensor sized cameras offer great value for enthusiast photographers or those wanting to re-engage in photography after some time off. Smaller sensor sizes allow for more compact and lightweight body designs and more affordable price points whilst still delivering outstanding image quality and a range of advanced shooting features.

The EOS R7 and EOS R10 combine the tracking and speed of some of our more professional cameras, in a compact and travel friendly size. We will run through some of their key features, which will help you in deciding which camera is best for you.

As the EOS R7 and EOS R10 are both APS-C sensor cameras, they are smaller and lighter than the Full Frame R series. This is great for those that are concerned about carrying around larger and heavier gear, especially when travelling. 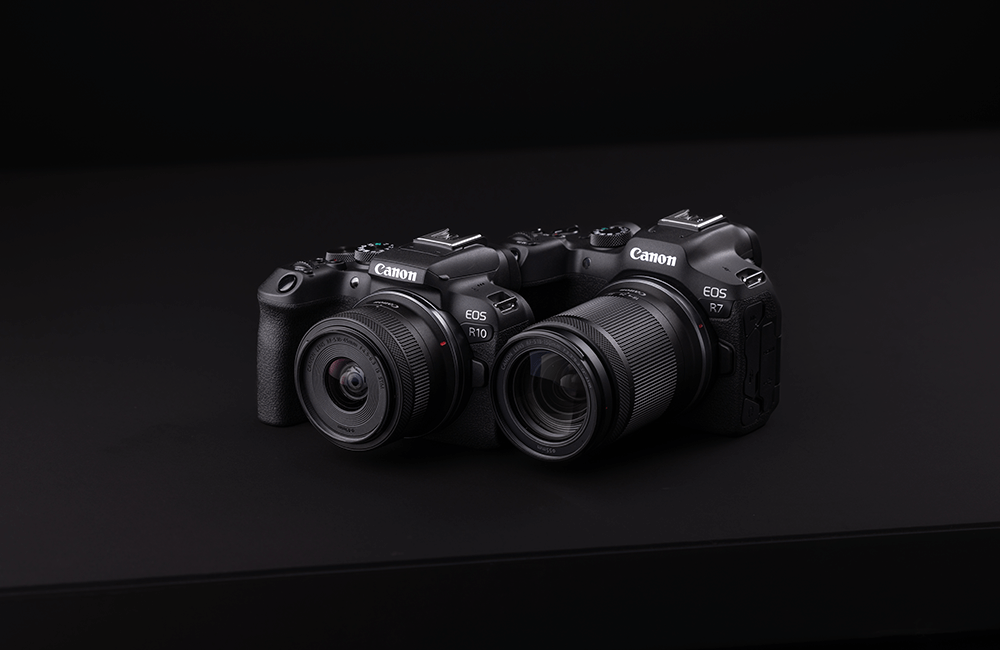 Vari-angle LCD screens are featured across many models in the Canon mirrorless range, and the R7 and R10 are no exception. This versatile screen allows you to shoot at any angle, as well as utilise the touch screen and touch and drag auto focus setting. 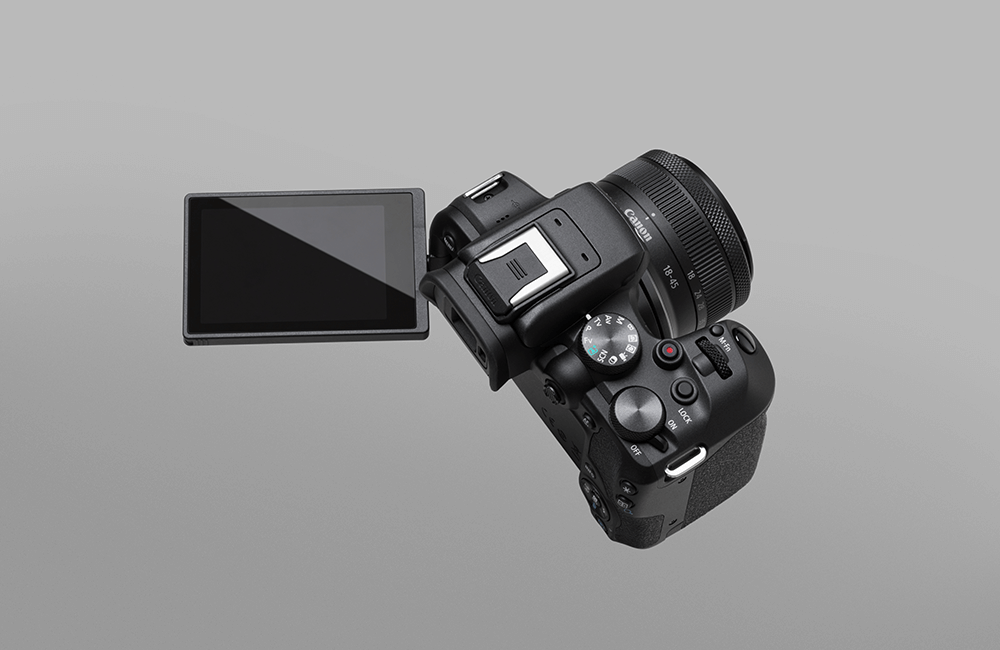 Both the EOS R7 and EOS R10 have made Canon’s advanced subject tracking technology available to entry-level and enthusiast photographers for the first time. From humans and animals to motorsports, whether you’re shooting stills or video, the cameras can detect and track a variety of subjects as they move through the frame freeing you to focus on the composition.

The EOS R7 shoots at speeds of up to 30 frames per second when using the electronic shutter, which is on par with the EOS R3, our professional sports and action full frame mirrorless camera. The EOS R10 will also shoot an impressive 23 frames per second. This exceptional speed is great when capturing fast moving objects like cars or motorcycles, as well as kids, animals, or sports. When using the mechanical shutter, both cameras will capture images at up to 15 frames per second. 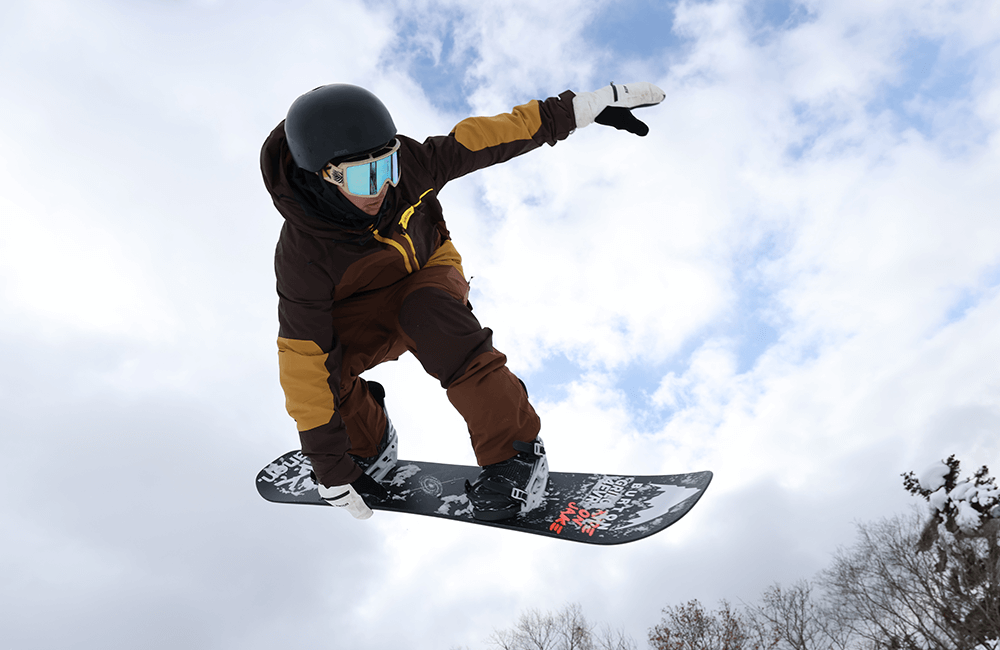 The EOS R7 and EOS R10 allow you to capture up to 4K 60p video for exceptional high-quality clips. Whilst the EOS R7 is able to capture 4K 60p footage across the entire width of the camera sensor, there is some crop on 4K 60p footage when shooting with the EOS R10. Both cameras can also capture Full HD 120p for slow-motion, cinematic movies.

Get creative with scene and filter modes available within both cameras. A new panoramic mode allows you to take expansive landscape and nightscape photographs in-camera, without the need for post-production stitching.

The EOS R7 is the first APS-C mirrorless camera to come equipped with IBIS built-in. When using the R7 with a compatible RF lens, you can get up to 8 stops of Co-ordinated Control IS. IBIS is also handy when using lenses without IS, allowing the camera body to compensate for any camera shake. This makes it easier for you to achieve sharp images especially when shooting in low light or when using telephoto lenses. 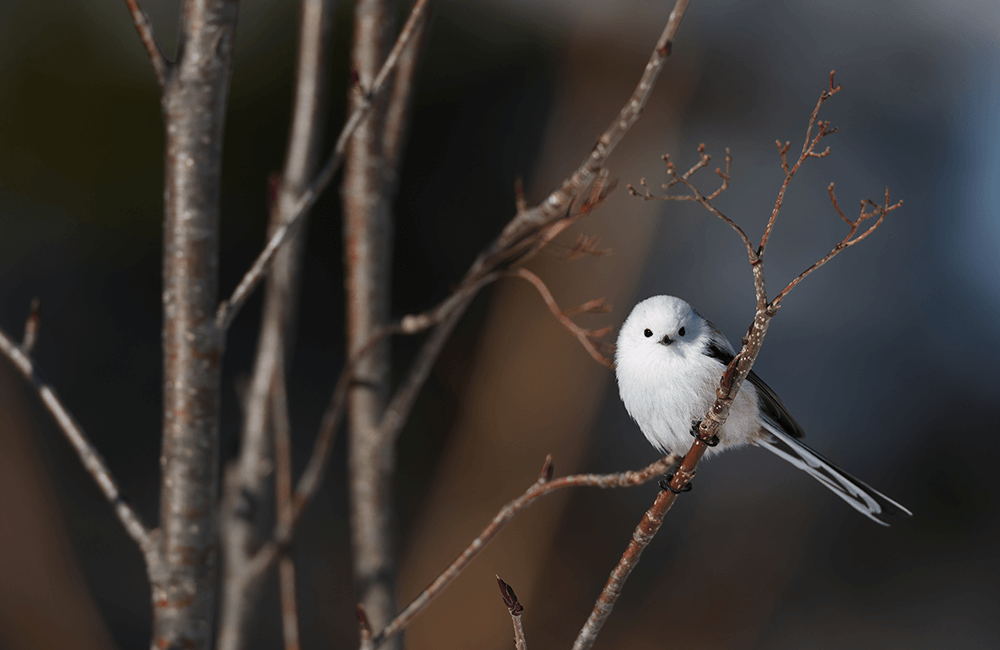 Unlike its smaller brother, the EOS R7 is equipped with 2 SD card slots, allowing you to save your images and videos on multiple cards and back up on the go. This also gives you the flexibility to shoot different file formats to different cards, such as movie files to one card and still images to another. 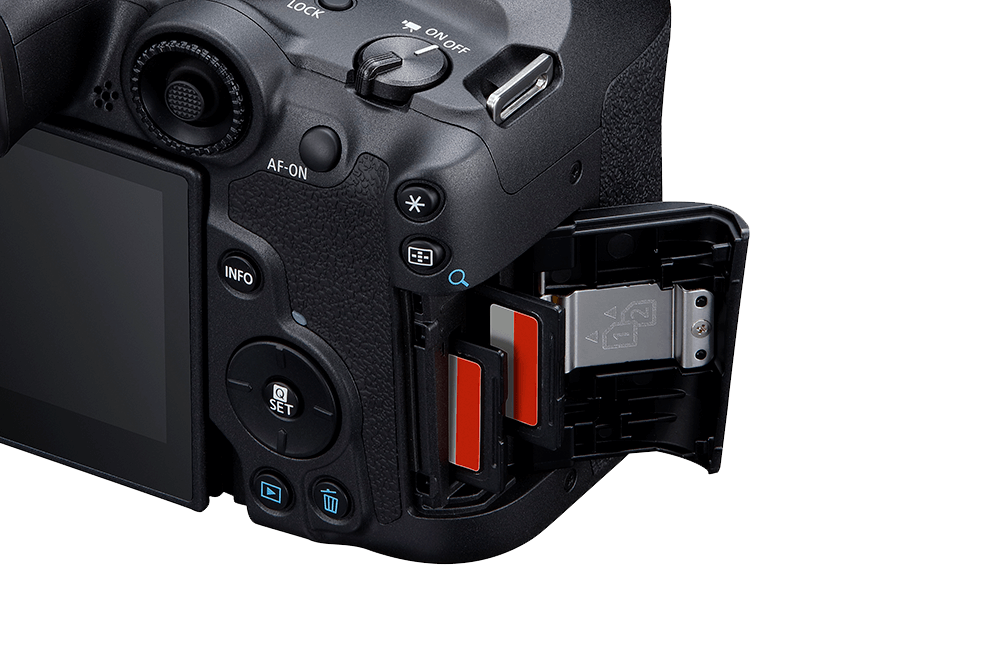 If you’re after a camera that doesn’t weigh you down, The EOS R10 would be your best pick. Weighing in at only 429g (without a lens, battery installed) it’s approximately 183g lighter than the EOS R7.

The EOS R10 also comes with a built-in flash, so you don’t have to worry about taking photos in low light situations or worry about carrying around external speedlights. 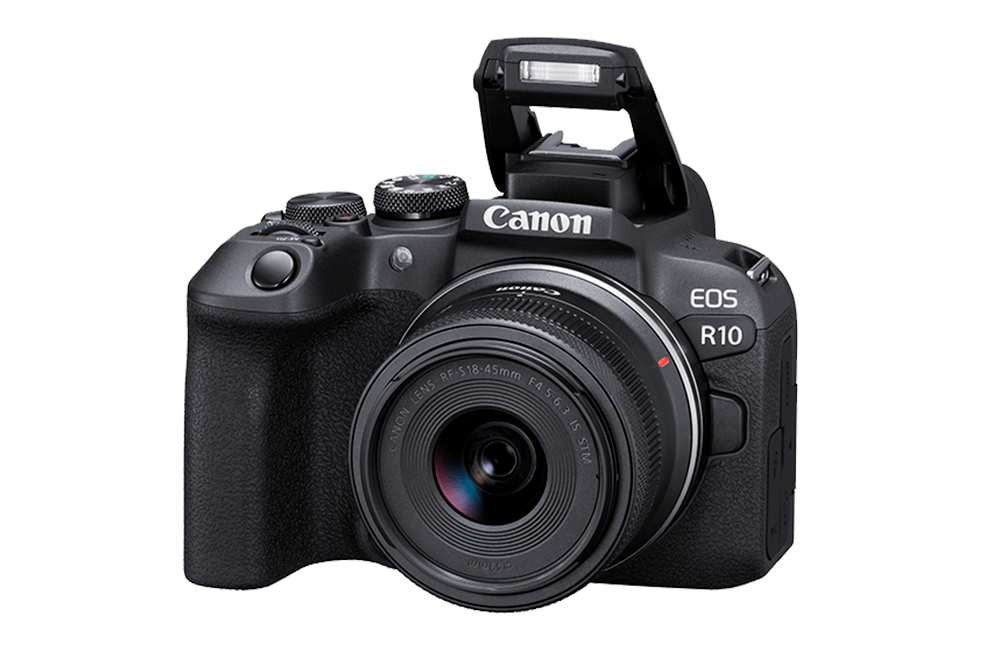