It takes a certain blend of confidence, naivety and bloody-mindedness to forgo the slipstream of university and full-time employment to pursue your dreams. In the 2010 film, The Social Network, writer Aaron Sorkin paraphrased the feeling of parents and teachers worldwide using the Harvard Dean who dismisses Facebook, saying, “Harvard undergraduates believe that inventing a job is better than finding a job.” This is the brand of cynicism you face in trying to do your own thing.

Individualism is often encouraged, until it no longer fits in one of the limited number of pre-assigned boxes. Photographer Matt Cherubino decided to assemble his own box, and taking his images, stories, and passport stamps as evidence, it would seem that it’s all going rather well. 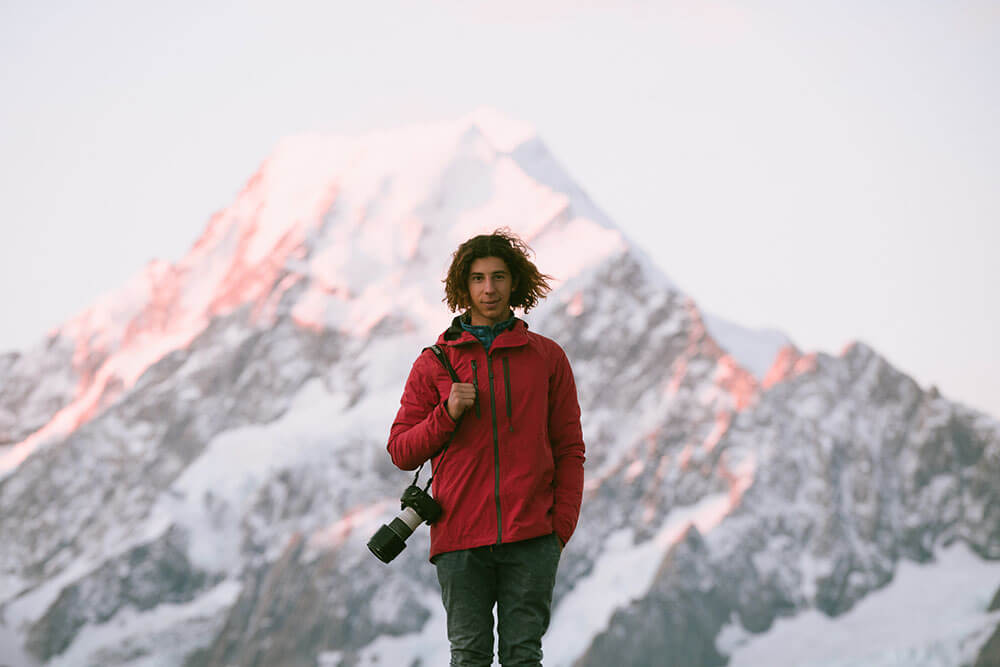 Matt, currently 21, grew up in Melbourne, roughly 25 kilometres from the city centre. Not exactly the upbringing that you’d expect for someone whose portfolio features stunning landscapes of mountains and areas of rugged beauty as its primary subject matter. Speaking to him, however, you get the impression that the absence of a daily nature fix in his upbringing is what drew him to it.

“I’ve always gravitated towards the Great Ocean Road and the coast down there,” says Matt of the slice of coast roughly two hours south of where he grew up. “That’s where I started picking up a surfboard and inevitably a camera. I’ve always immersed myself in outdoor pursuits on and around that stretch of coastline.”

Matt’s fledgling photographic endeavours began, like many photographers before him, with hi-jacking the family camera. First it was the moving image, with Matt making video edits of adventurous exploits of his friends, and soon he settled on stills as his medium. 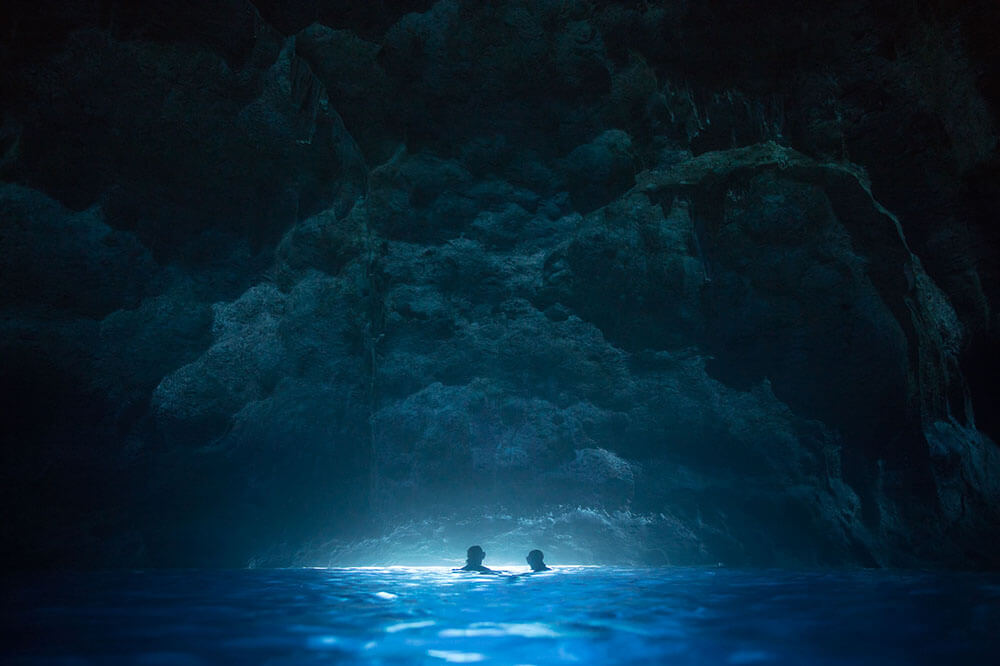 "My family was looking for a new camera and at the time they came to me asking for suggestions. This little Canon seemed to stand out, I liked how the logo looked on the camera, as any kid would,” he admits. “Thankfully with more knowledge since then, Canon to me is the system I use because the colour tones are second to none, and it’s what I developed my eye on. It’s gear I know I can put in my bag and take out anywhere and it’s going to do the job, very well.”

Matt’s first camera was a second-hand EOS 7D and while he began honing his craft through school, it wasn’t until the final school exams were behind him that it took on a greater role in his life, and it came, partially, by accident. 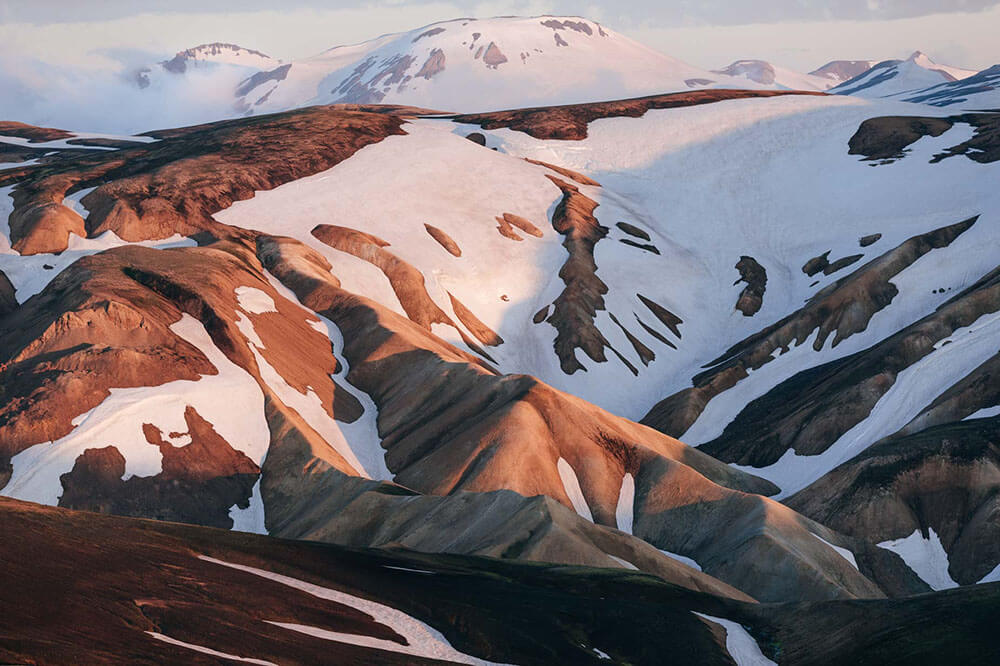 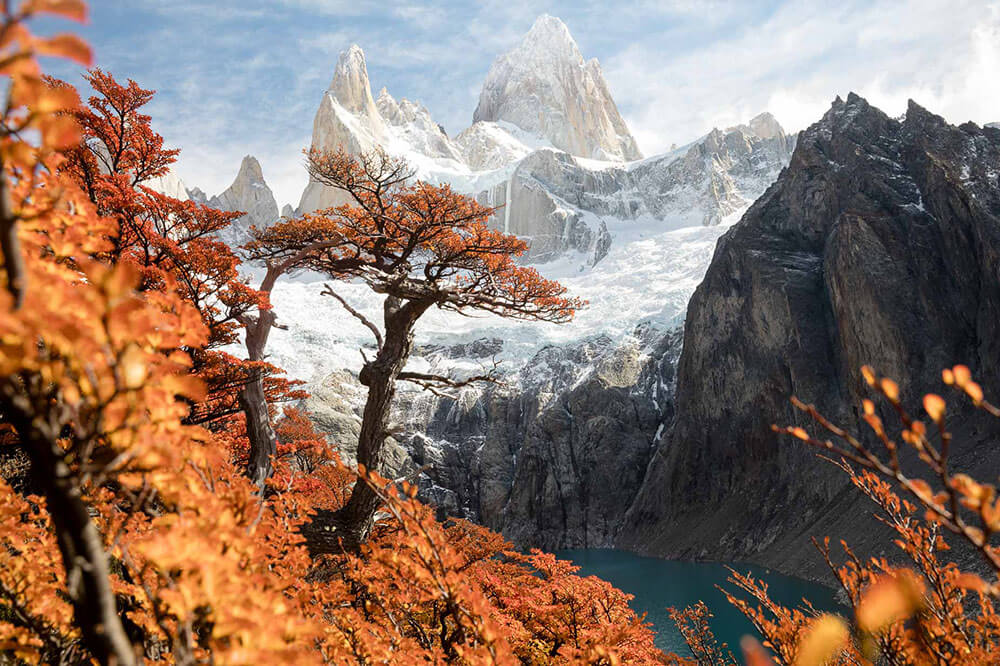 Having worked hard at school, Matt had options when it came to tertiary education, gaining acceptance into university course he thought he wanted to attend. But he changed his mind. About to head to WIFI-free Milford Sound — on the South Island of New Zealand — for three days, Matt had a choice. He could take the conventional path, or say thanks, but no thanks and head off to shoot mountains and live on peanut butter sandwiches. He was curious and chose the latter, which felt right.

“2015 was really about learning and throwing myself out there, swapping the classroom for my own style of learning. Practicing skills, travelling overseas and chasing unique environments and cultures,” Matt explains. “It was probably the best risk I could’ve taken. It was a defining moment.”

Unwittingly, Matt answered the age-old question of formal vs. on-the-job education, and his methods are positively gen Y. “YouTube was my best friend,” he laughs. “I didn’t really have access to the places that I’d like to shoot all the time. So I would read up, practice, and learn all the skills that I wanted to know. Then when I got to the places that I wanted to shoot, it wasn’t a learning process it was more trying to apply the skills that I’d been practicing.” 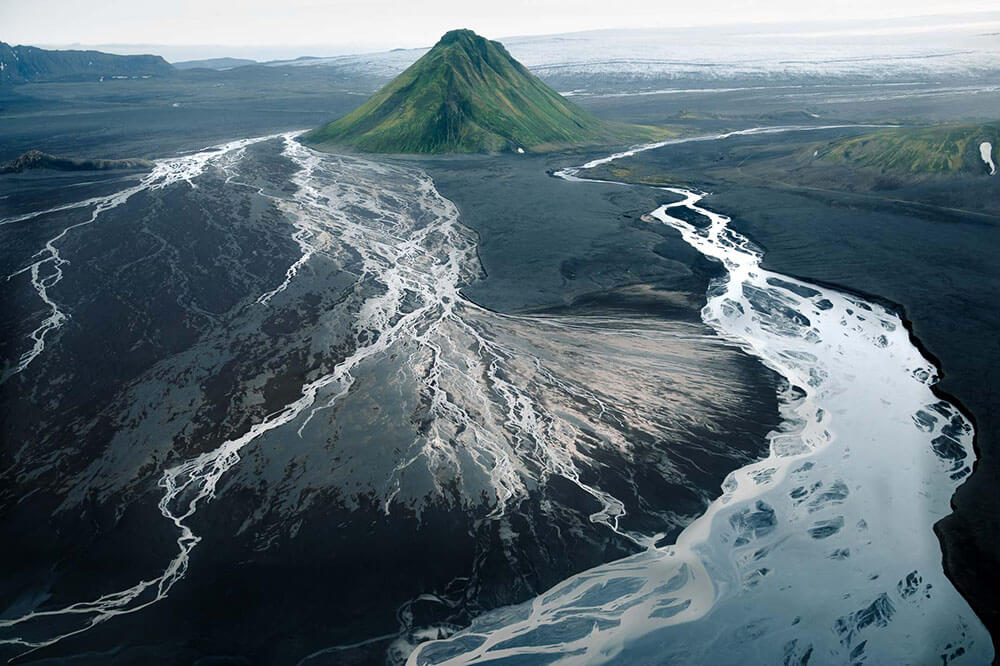 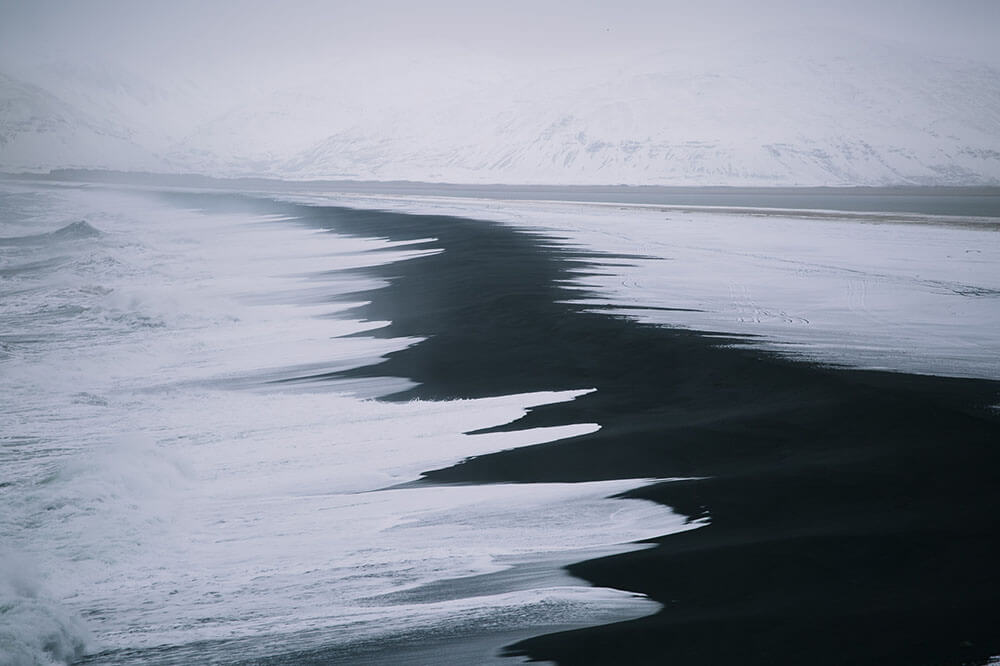 It’s impossible to talk to a 21-year-old photographer in 2018 without touching on Instagram, and for Matt the platform played a large part in getting his work out there. He admits however, that his relationship with it is love/hate. “I owe a lot to the voice it’s given me to share my work and the people I’ve been able to meet along the way,” he explains. “But it can be a bit of a trap for getting sucked into certain locations and shooting it in a particular way.”

Matt says that he believes the platform is more of a rolling portfolio for photographers, and with that, his is selectively curated.

“I want to take a step back and look at the images that to me have purpose and meaning,” he says. “It’s more about chasing that perfect light or that perfect angle or composition in the real moment than that of a choreographed one. For me it’s the challenge and personal reward of nailing it in-camera that I opt for, rather than choosing to push images hard in the editing process.”

The problem with getting to where you think you want to be relatively quickly — Matt’s only been out of school for three years and has an impressive client list — is working out what’s next. 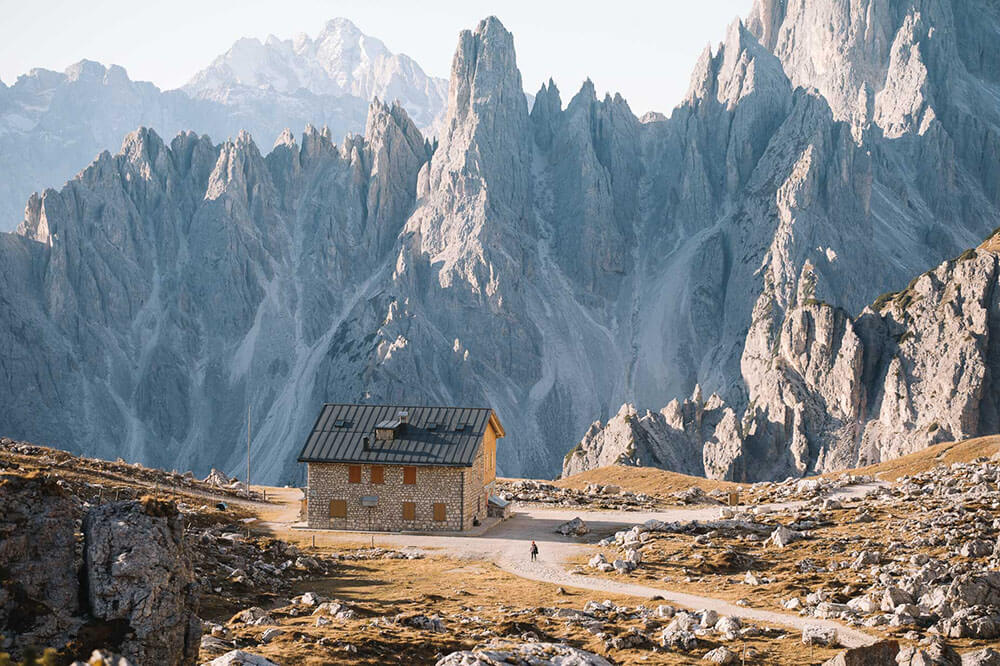 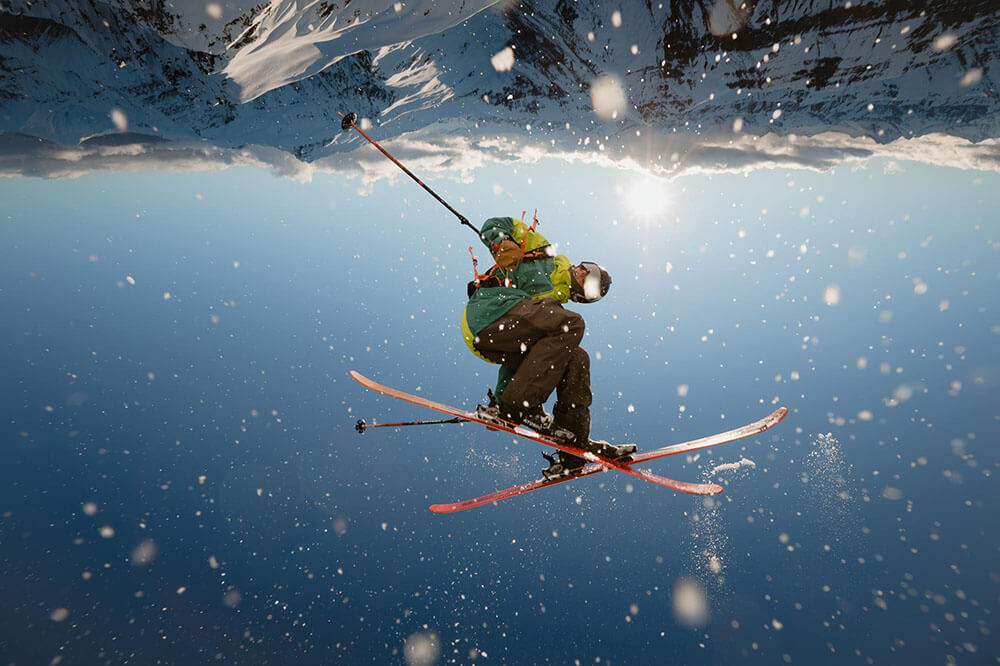 Matt’s photographic style is clear and consistent, and applying that to other forms and subjects will be the great test of the next phase of his career. For Matt though, the immediate future is all about storytelling, working with clients without sacrificing his aesthetic, and most importantly, travel.

“My initial images were showing people landscapes,” says Matt, “but I’ve been working to extend further and document expeditions, lifestyle pursuits or experiences that have that element of nature or human interaction with it, whist creating works that people can relate to or view from a deeper level.”

“Wherever it takes me I’m very grateful to have that opportunity; passion and work all tied into one.”

Looking for the perfect travel camera? Our travel cameras guide has all the info you need.
Back to Stories
Don't miss these inspiring stories and tips
SHARE THIS PAGE