/ Get Inspired
/ Champions
/ Rural Australia Like You've Never Seen It Before
Feature Image by: Josh Smith

It’s not often a life-defining epiphany comes to you while waiting in line to buy a loaf of sourdough. That's exactly what happened to rural landscape aerial photographer, Josh Smith.

I was standing in a bakery in Bondi, watching people order all these different types of bread. And I thought to myself, ‘I wonder if they actually know about the amount of work that Australian farmers have put in to make that happen. 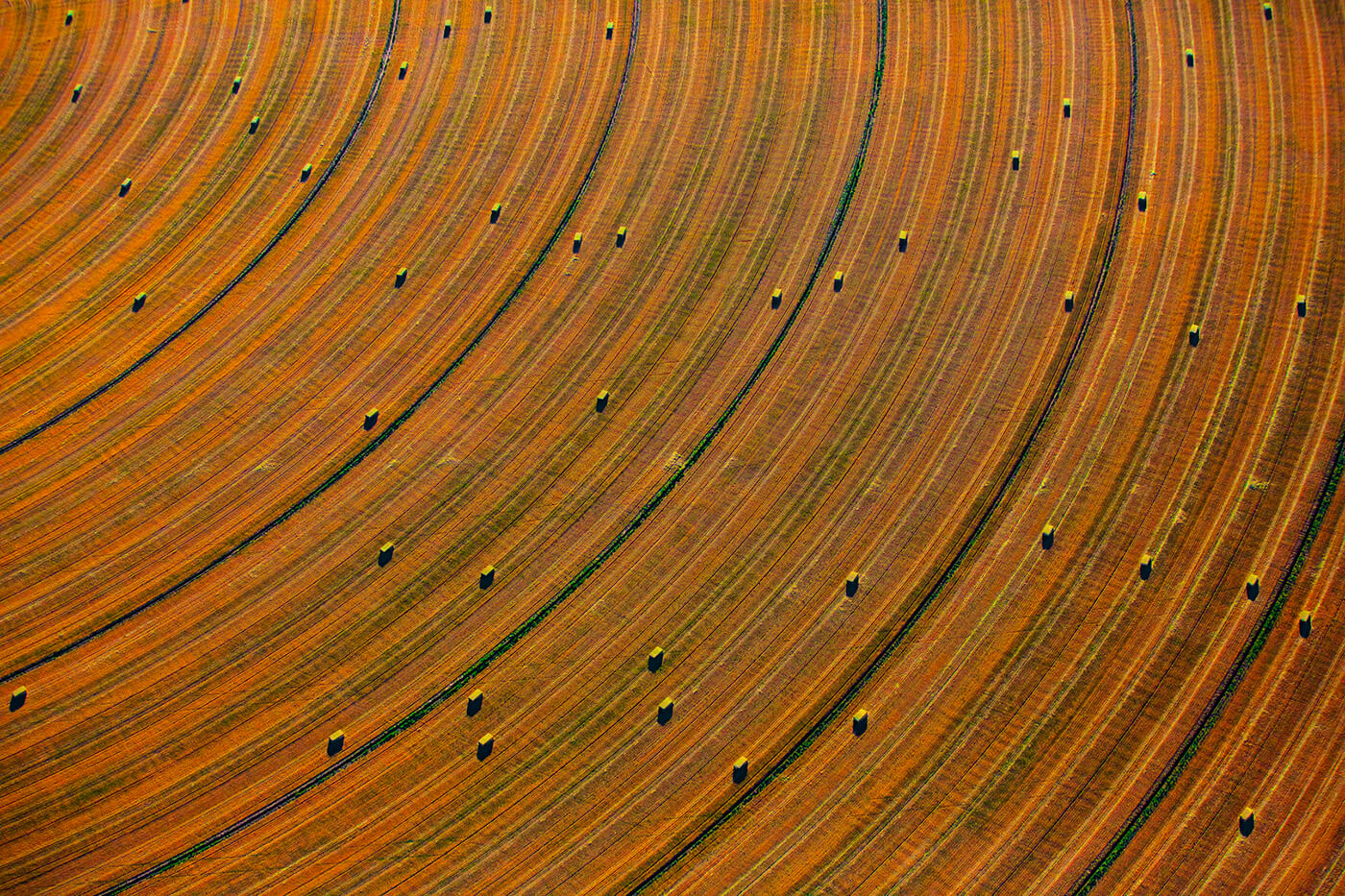 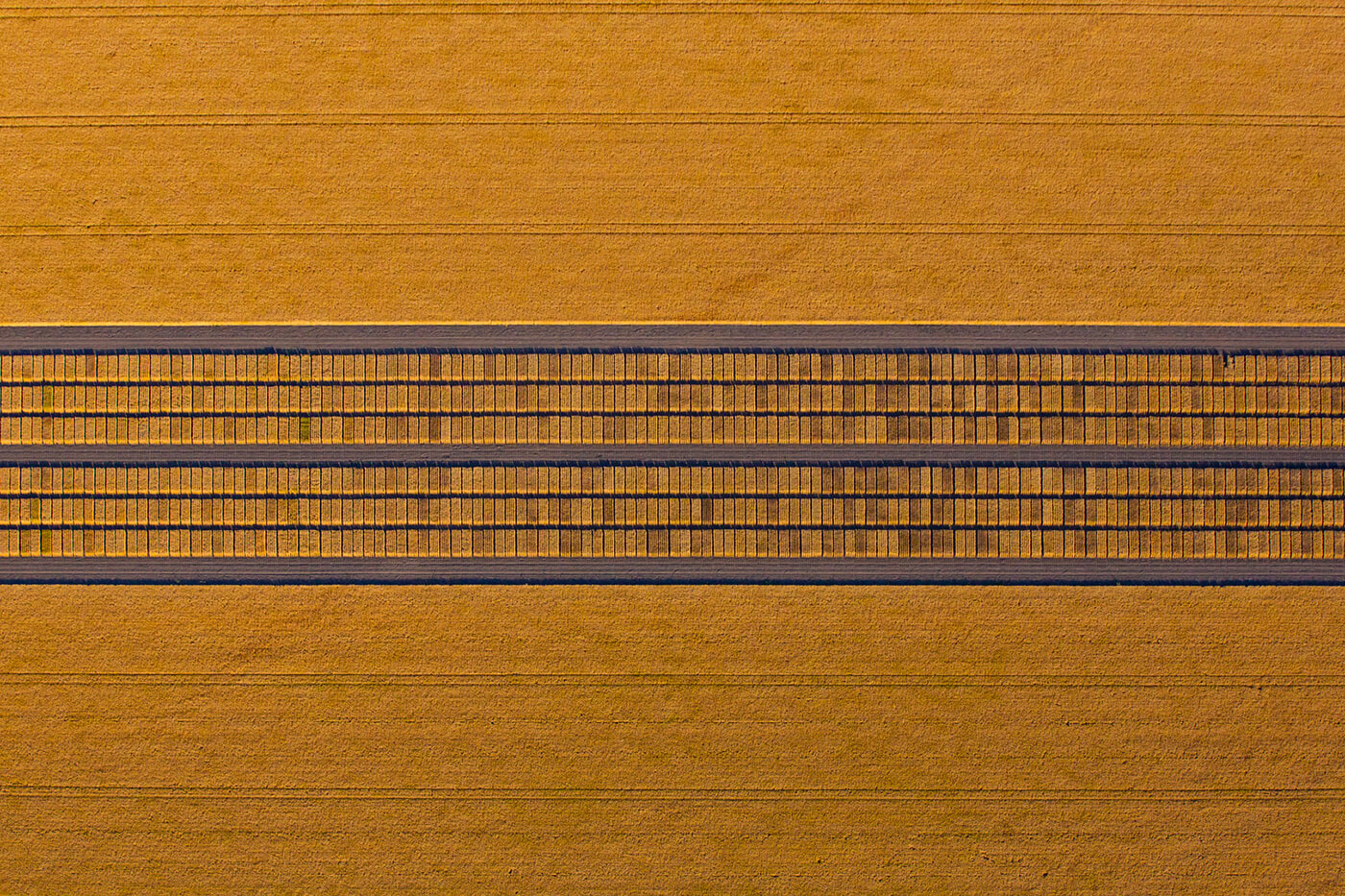 My goal is to tell the story of Australian farmers, who are the best and most sustainable in the world. Through my photography, showing the scale and beauty of what they do with our land.

When viewed from the ground, a farm tractor is an everyday specimen of agricultural machinery. But from a few thousand feet directly above, it’s breathtaking in its grace as it meticulously sculpts the land into parallel lines and contrasting colours.

The farmers are oblivious to the earthly beauty that’s created as they go about their daily activities. 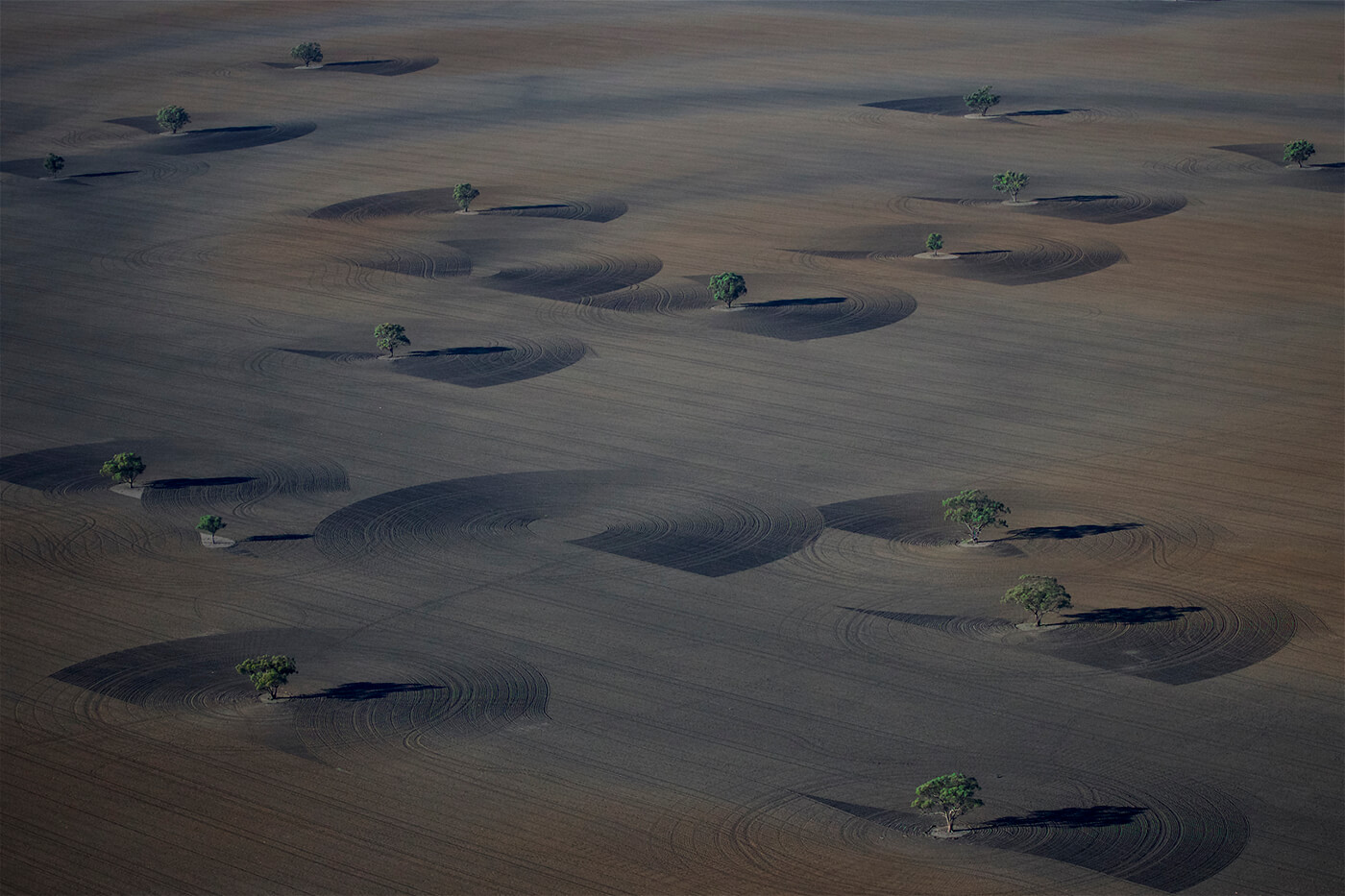 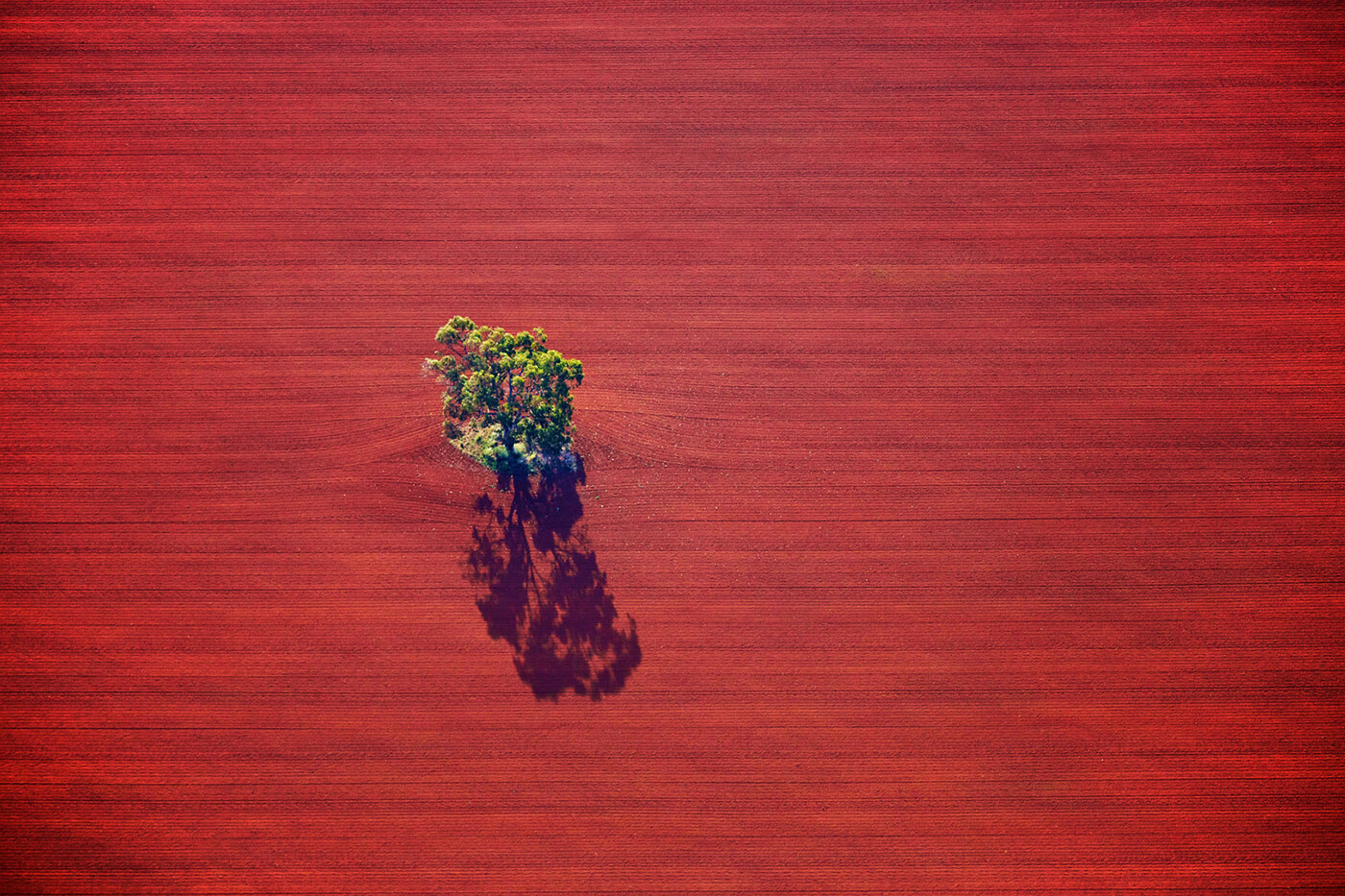 When they see these shots they say ‘there’s no way that that’s where we live,’ or ‘who would have thought that my tractor looked like that?’ They haven’t even considered that their place is capable of looking that beautiful – they never see their farms in that light. I think that’s quite powerful.

Josh hails from Narribri, a small town northwest of Sydney, around six hours by car down the New England Highway. For him, growing up on the land has instilled a deep appreciation for Australian farmers. 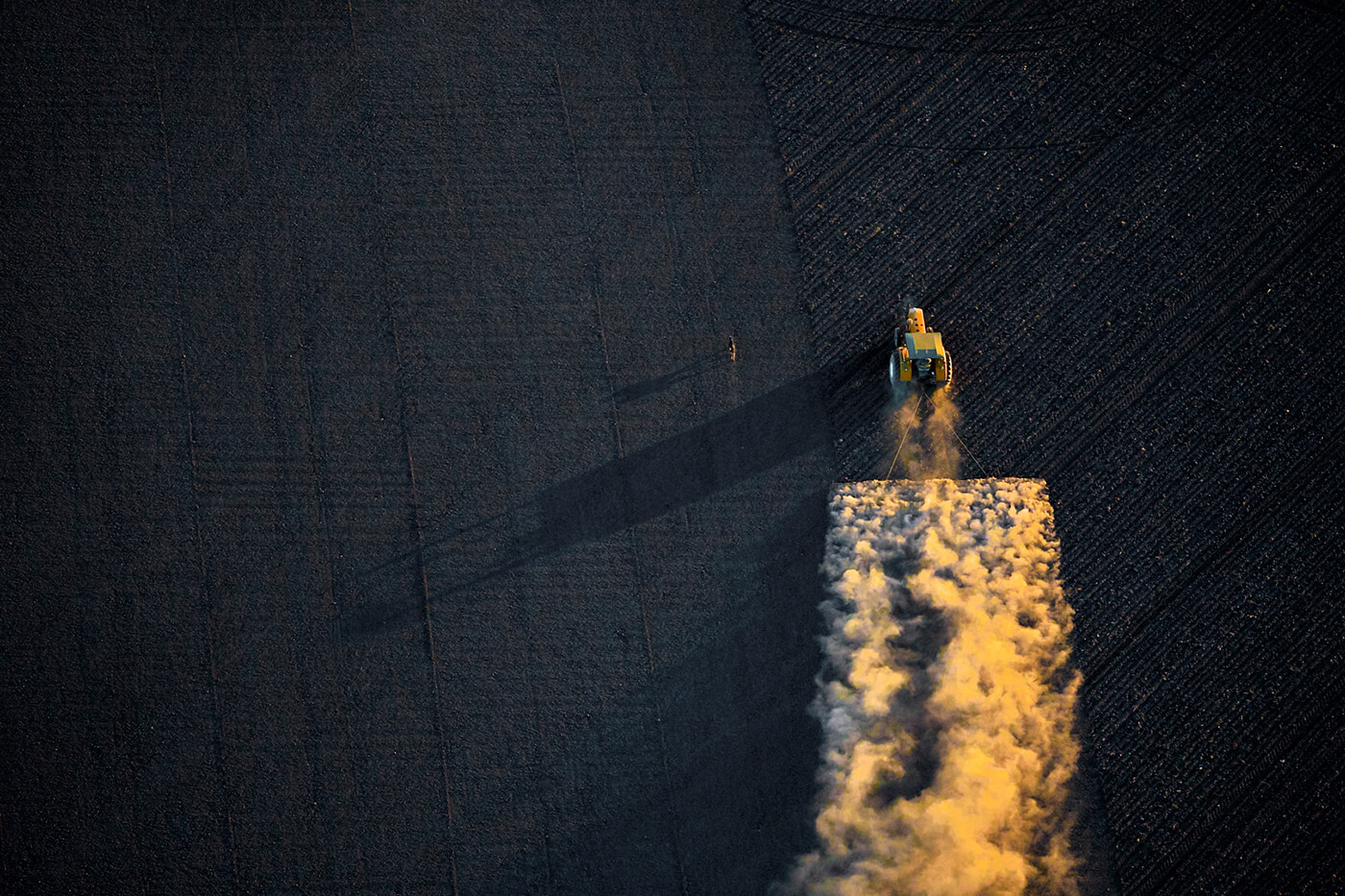 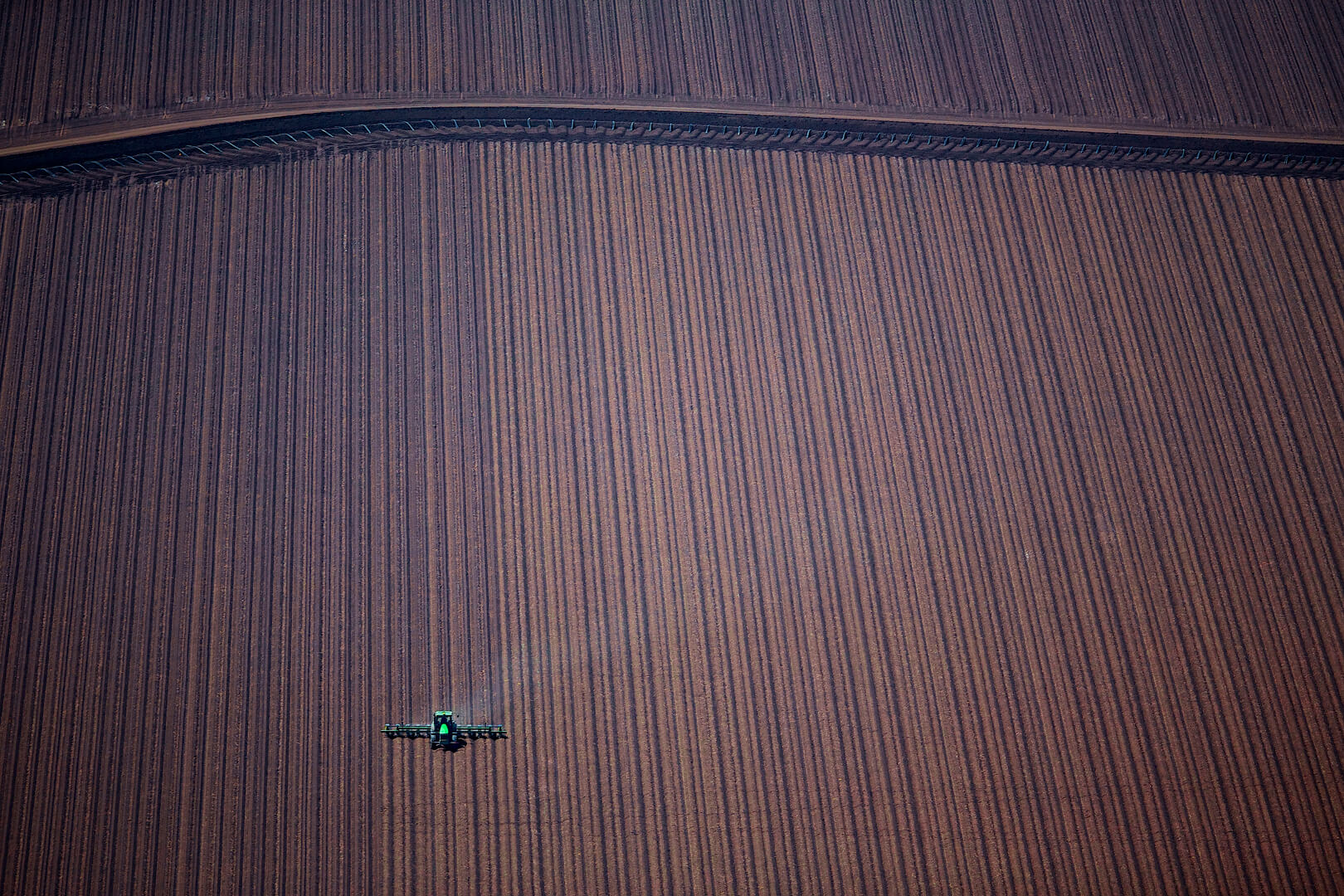 Aerial photography was a hobby for Josh until early 2011, when once-in-a-century floods devastated parts of Queensland and northern New South Wales. From this tragedy came a lucky break – he was already documenting the natural disaster when a major newspaper got in touch, wanting to buy photographs. His work was published over successive days as part of the newspaper’s coverage. Since then, his photography has found its way into many a magazine and exhibition. The key to his success, he says, is having a niche. 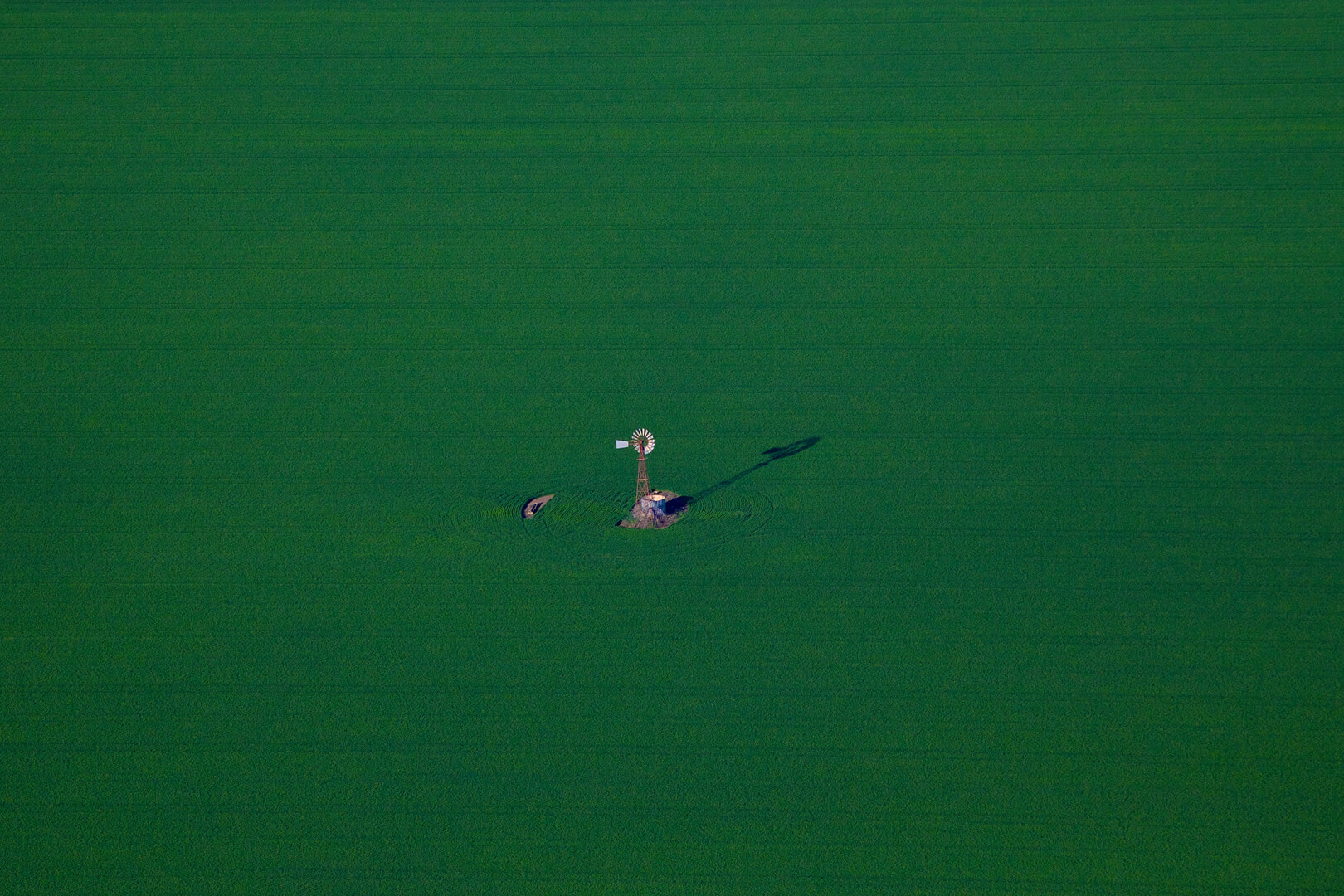 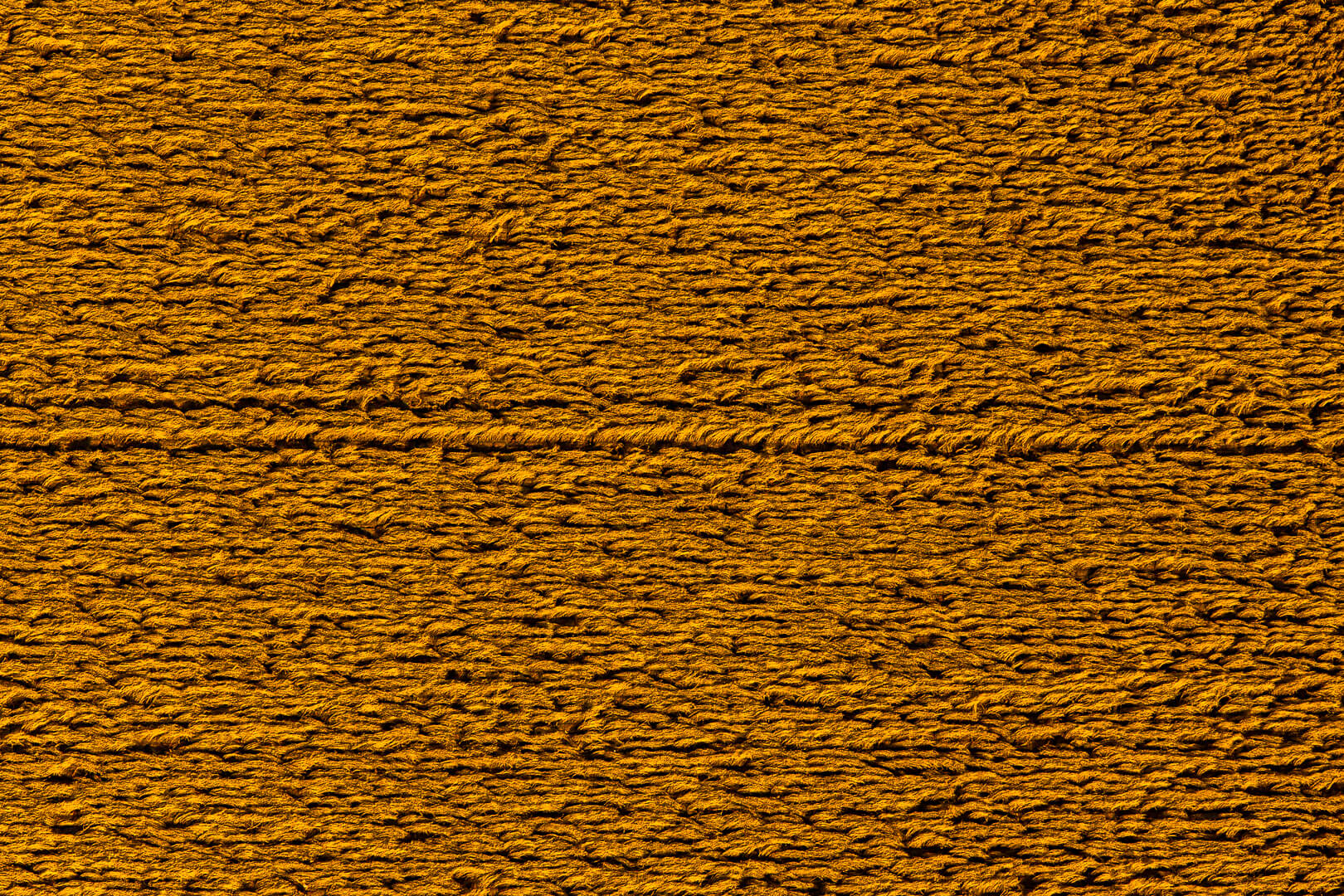 His niche encompasses his mission to remind us of where most of our food and fibre comes from. For him, photography is an artistic medium through which he can connect urban Australians with the country’s rural heart. The combination of aerial photography and rural Australia is certainly unique.

It’s not very often that you would see a photo in Sydney or in a gallery of a big 60 or 80 foot combine harvester in a wheat paddock. It’s a point of difference for me. 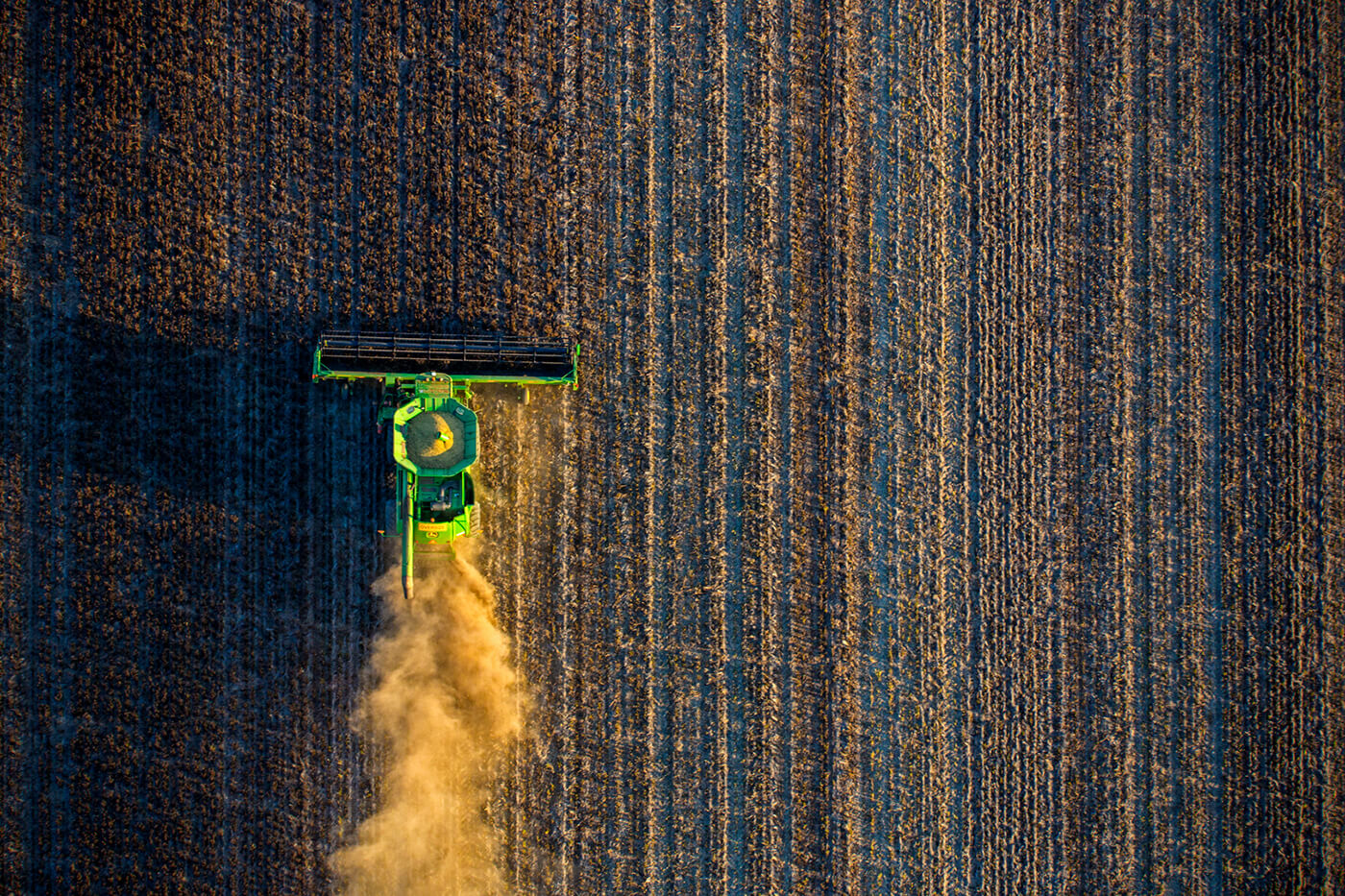 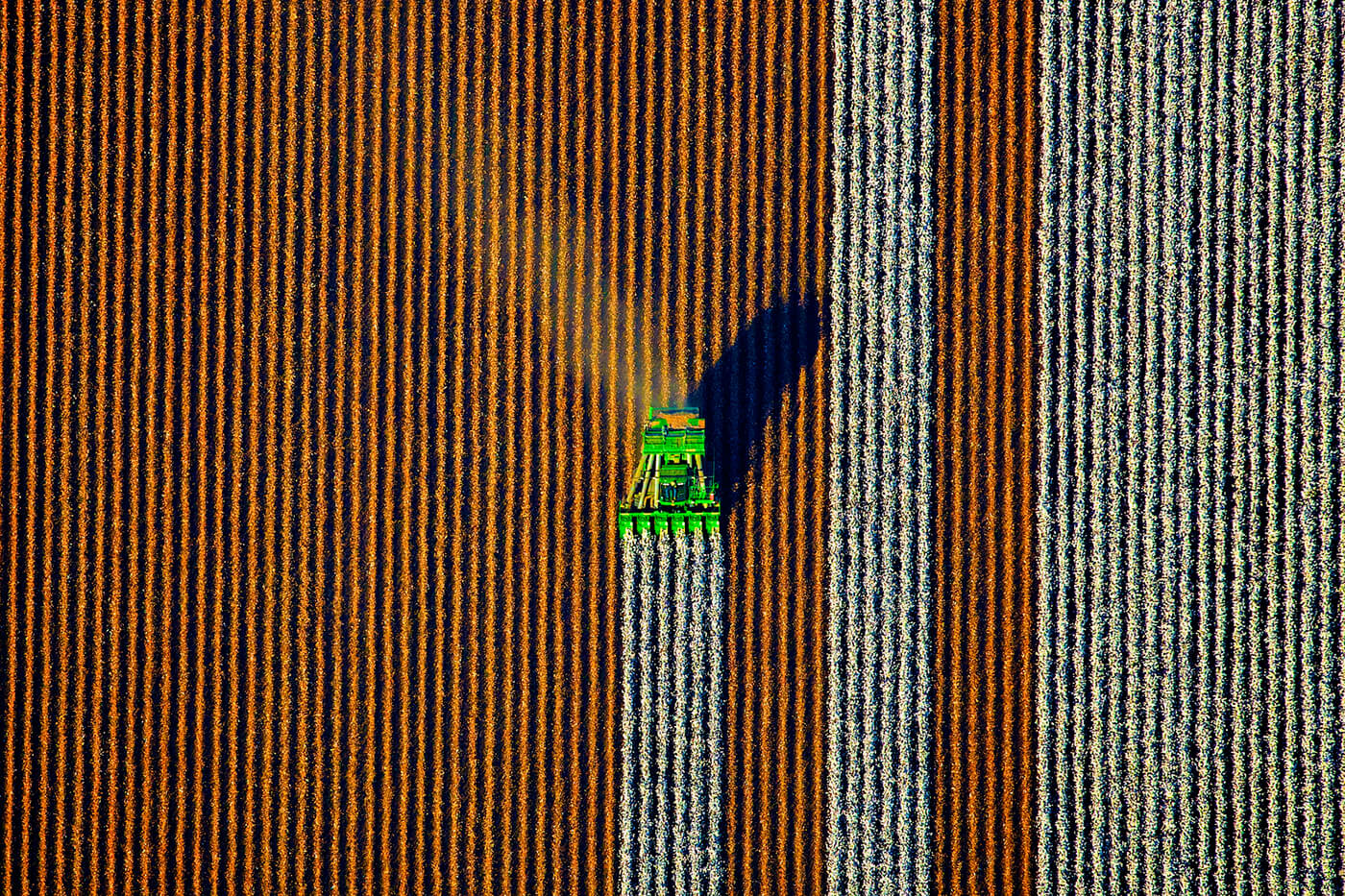 Having access to an aeroplane isn’t just a way for Josh to take aerial photographs – it’s also a means for him to reach some of the remote parts of Australia. Making the journey to remote areas means having to ring ahead so that fuel can be trucked in for their plane.

Particularly out in the Simpson Desert and over the Strzelecki Ranges and all those sort of places – it’s pretty hostile. If you put a plane down in those areas because you’ve run out of fuel – aside from it being massively stupid – you’re in a hell of a lot of trouble. 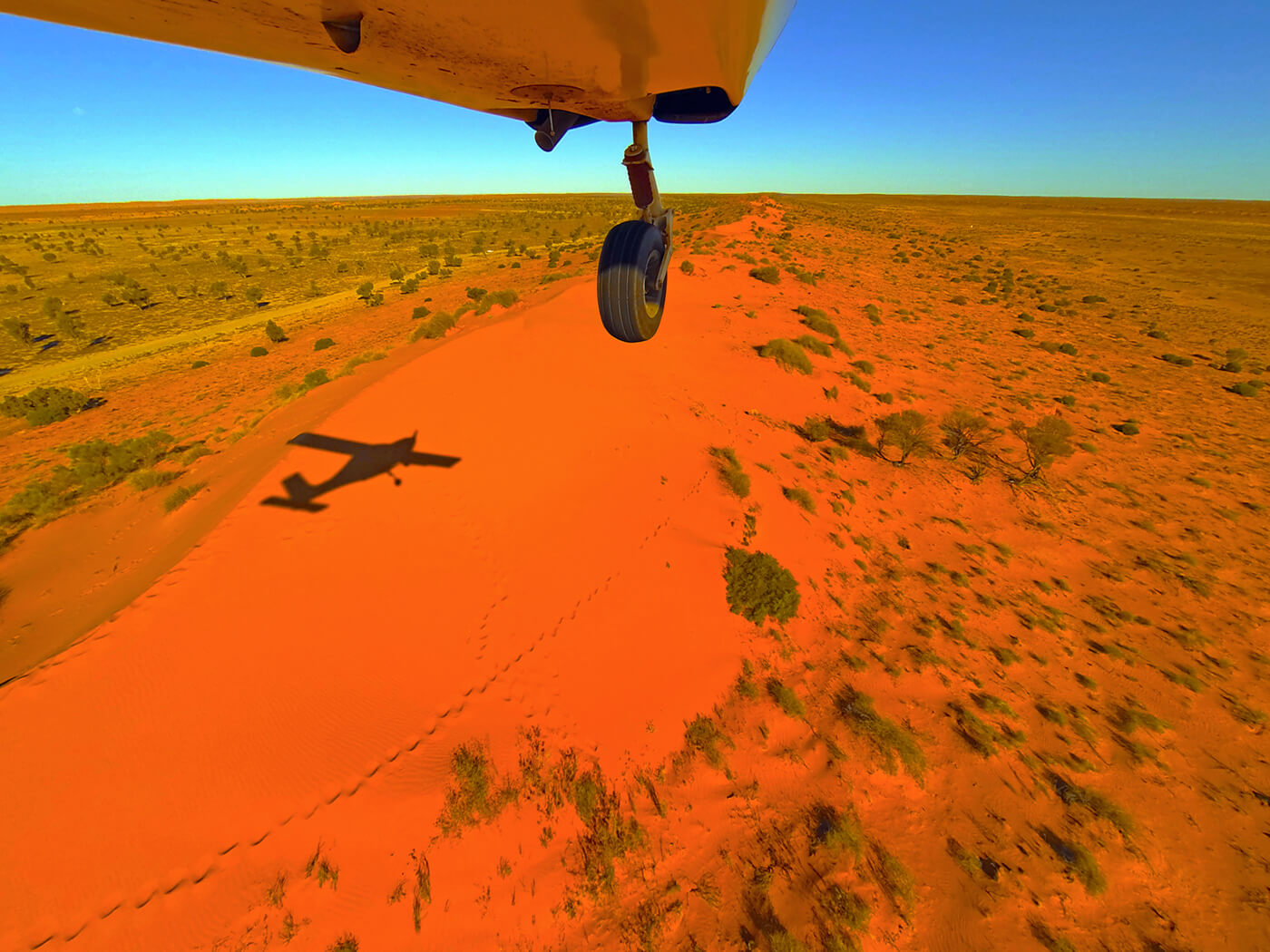 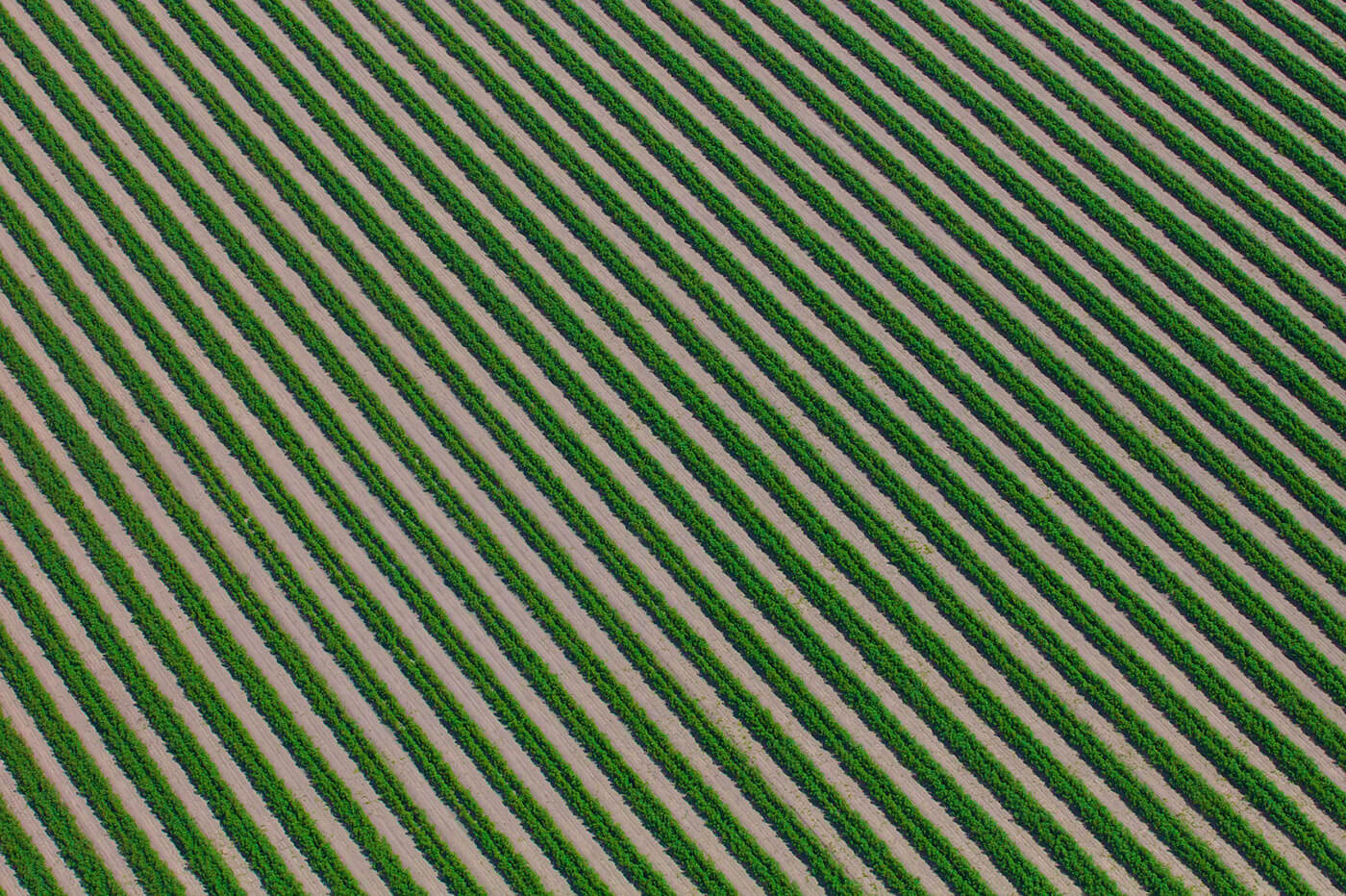 But Josh wouldn’t have it any other way. He feels blessed that much of his time is spent capturing photographs of sprawling landscapes very few of us get to see. From high above, the outback becomes completely abstract in appearance – so much so that a group of gallery-goers mistook one of Josh’s photos for an Aboriginal dot painting. In reality, it was a series of watering points, threaded together by trails worn into the landscape by animals traversing the land. It’s moments like these that make it hard to deny that Josh is well and truly delivering on his mission. 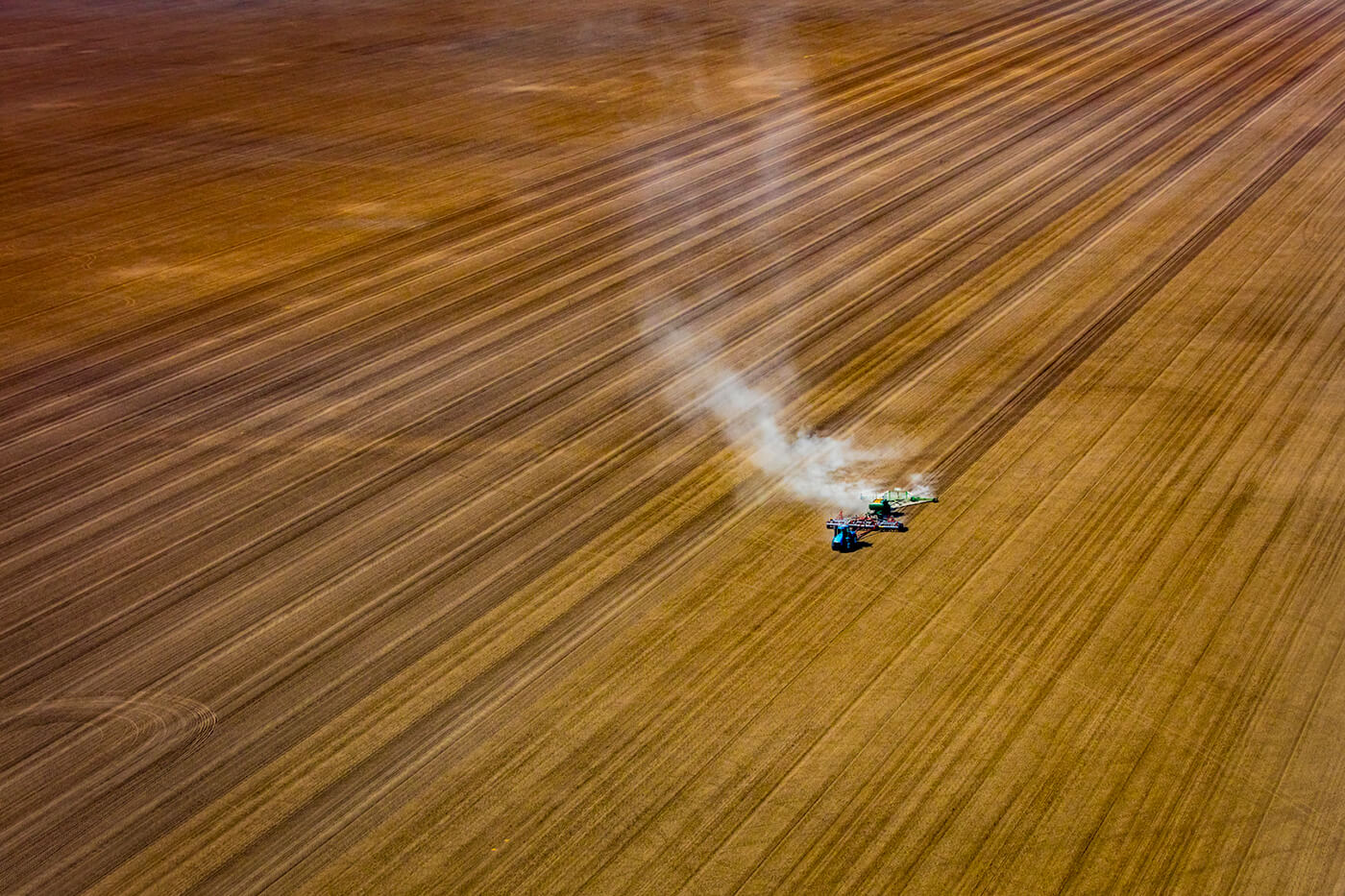 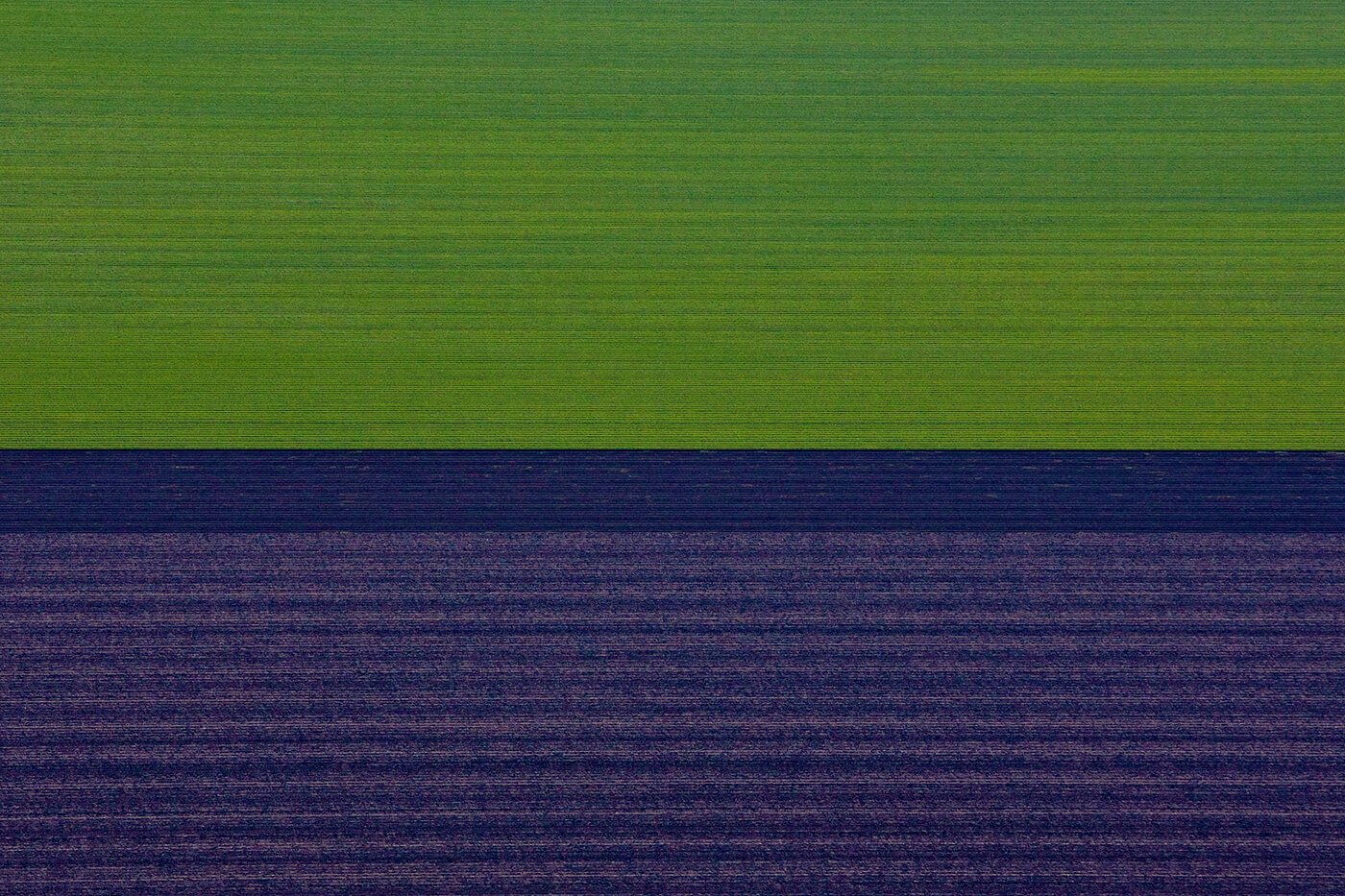