Krystle Wright is a formidable adventure photographer who has built a career around capturing the images that many wont. Whether it’s dangling from a cliff capturing rock climbers, shooting beneath waves three-stories high, or directing documentaries chasing ferocious tornadoes Krystle’s kit is her gateway between what she witnesses and what the world sees. Krystle recently produced three short films, sharing the internal dialogue a professional photographer wrestles with when chasing the moments that define their craft. The first, In Perpetual Motion playing above, captures those dark moments an oceanic photographer faces after a wave has pinned you to the ocean floor. Here, we unpack the camera bag and take a look at Krystle’s go-to Canon gear.

“My kit has continued to evolve, it’s always a work-in-progress, experimenting with different cameras, different lenses, even different formats, ultimately to push the way stories can be told.” 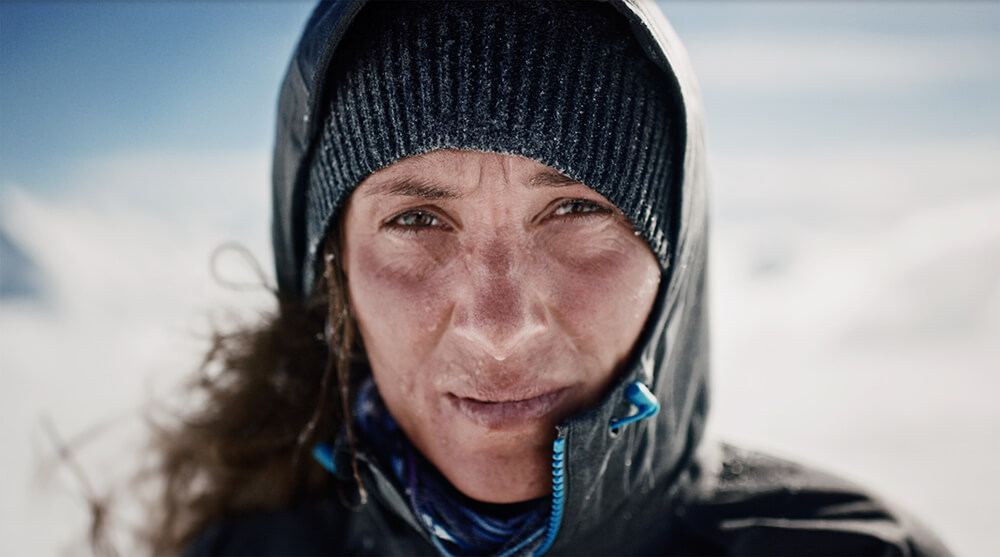 Your kit will always keep changing. It’s not about the breadth of gear but how you use what you have. My kit started at university with one DSLR and one zoom lens. As I look back, it wasn’t the most advanced first kit but it still enabled me to take images that I was proud of. With it I lit the fire for photography and I truly knew I was going to pursue it as a profession. Then I jumped headfirst and started to build and evolve my kit one piece at a time.

When I finished my degree I started shooting for The Sunday Telegraph. I remember running up and down the sidelines of a rugby league match, shooting alongside my mentors, searching for that one special image to land on the back page of the paper the next day. I was able to operate with two 1D camera bodies, it was a dream come true. But when I went freelance I needed to have a kit that could capture different images in different ways. 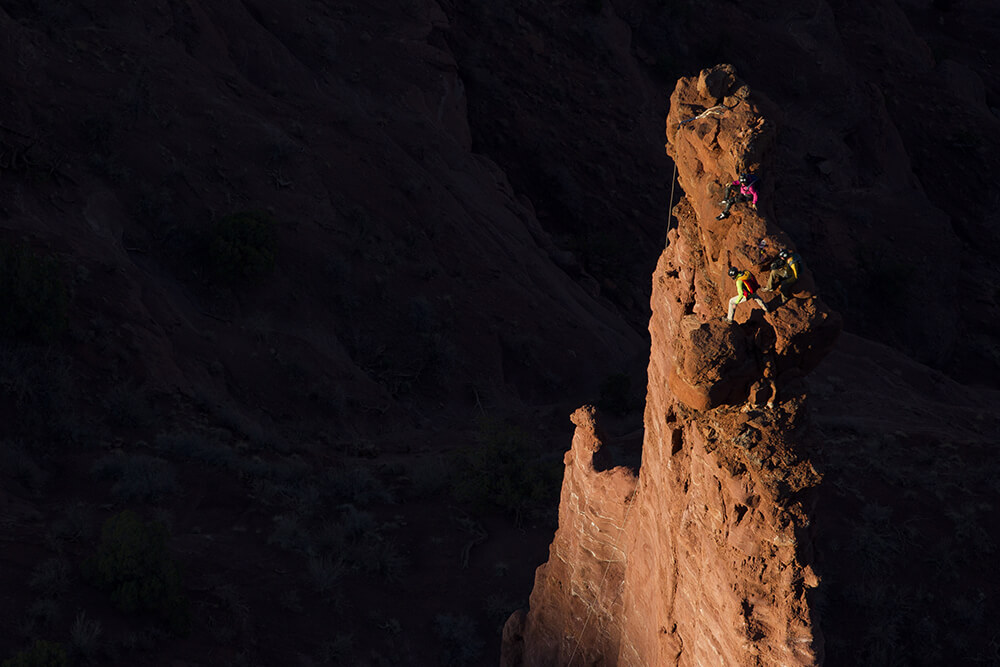 I was very reluctant to give into the demands for motion. As someone trained in and passionate about stills I kept avoiding it until an opportunity came along during a two months expedition kayaking from Mongolia to Russia. One of the requirements from the client was that I shot film as well as stills. I wanted to tackle the adventure so badly I thought I’d give it a go.

When that footage made its way into a production and was shared at Five-Point Film Festival in Colorado, I turned up and saw the enormous community that’d gathered. I was blown away because that moment showed me the power of motion to capture the imagination of a wider.

“I’ve seen it across the entire industry, stills photographers shifting towards having versatile kits for both video and images. We’ve realising you don’t need an entire film crew to tell important stories.” 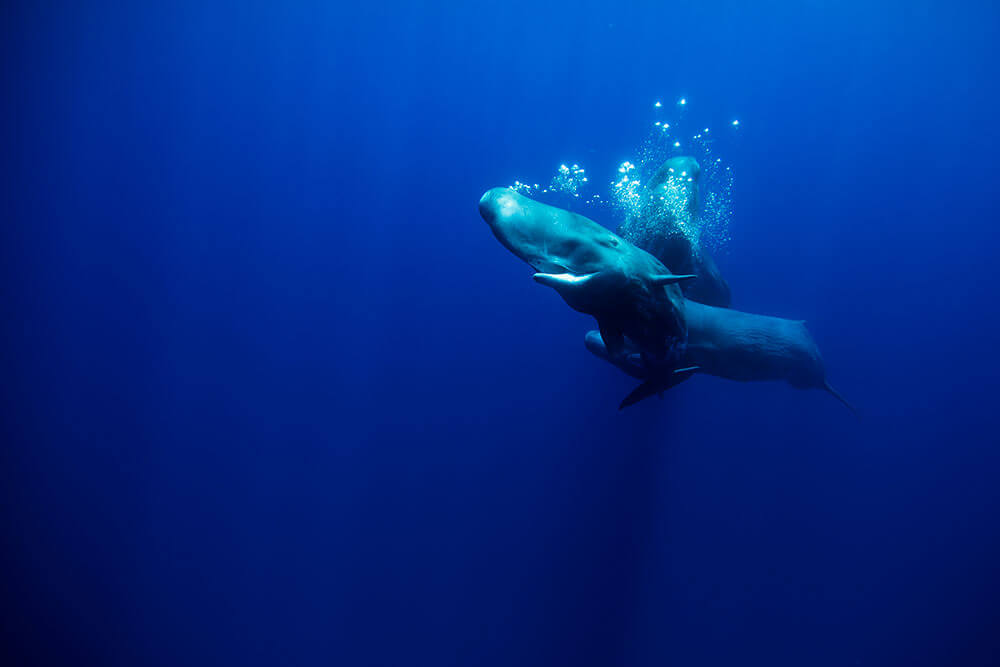 Currently I’m storm chasing in the US mid-west (again), I’ve shot the entire trip on the EOS R. I never thought I’d ever say that, but having a smaller camera and the ability to still take incredible quality images is perfect.

“Previously I would let shots go at the thought of pulling all my kit out, whereas the EOS R can slip into my satchel and it doesn’t feel like it’s adding weight to me.” 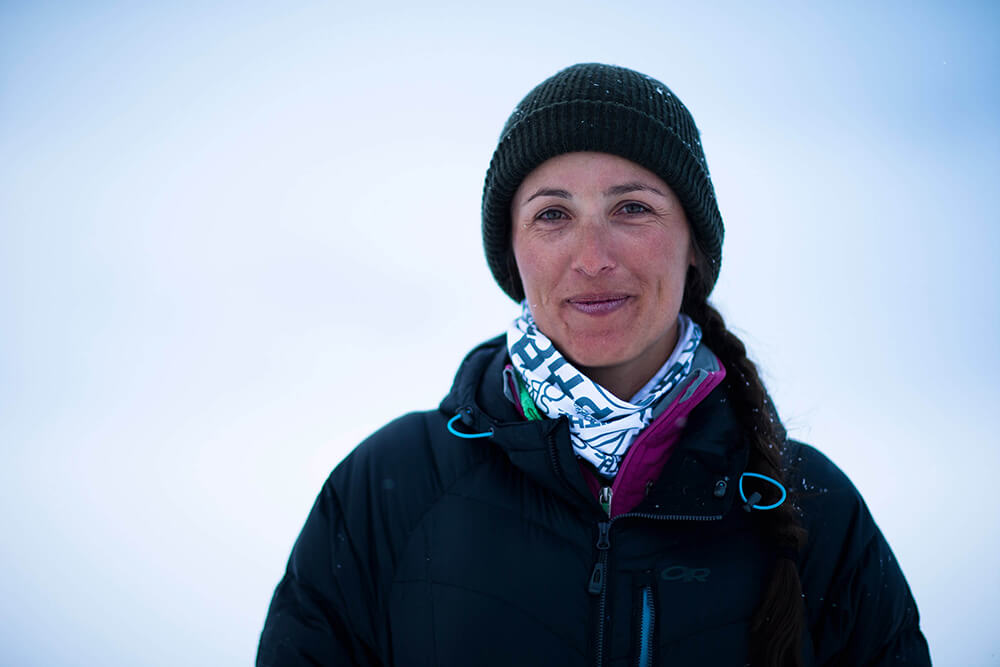 The Gear that Makes it All Possible

My EOS 1D X Mark II is the ultimate workhorse and will always be in my kit. It is the one camera that has never failed me. When I’m on an expedition you can’t help but throw things around, it’s often freezing conditions, it’s the nature of adventure. That camera has seen a few hard knocks but it’s never affected its ability to keep working. Even when I’m shooting in the water I opt for my 1DX because I can transition to shoot high-quality motion for clients easily.

The second body in my kit is the EOS 5DsR. It offers me enormous file sizes for commercial work. My client’s usage of images can be really broad, from small social distribution to large-scale prints on the sides of buildings so having that option to blow-up images is essential for my work.

Late last year I was introduced to the EOS R and – I never thought I’d say this – but it’s become an essential part of my kit. Despite the old belief in photography, I learned that quality doesn’t always equal weight. It’s incredibly small and versatile and the ability to customize buttons offers me so much efficiency while shooting. Small details like that put the power back with the photographer, rather than the camera to dictate function. Sometimes I need an understated body to tell the stories I’m capturing. Often you’re trying to make a subject comfortable with a camera in the room, and a large body can be intimidating. That’s where the EOS R really comes into its own as a complimentary body for documentary.

EF 70-200mm f/2.8L USM. It’s my workhorse lens, it’s the perfect balance of the telephoto look I like with my images but isn’t too tight that it’s restrictive.

EF 35mm f/1.4L II USM. I believe a fixed lens promotes a photographer to be more active behind the camera. This length is perfect for a mixture of environmental portraits and documenting. I’ve adapted it into my kit and even though it may not be as wide as what others would use I love it for landscape photography.

EF 14mm f/2.8L II USM. This lens is perfect for shooting in the water. I need a wide lens because I love getting close to surfers or freed divers in their element. The water magnification means I lose some of the width but it’s my dream lens for shooting water, or in the middle of storms.

EF 100mm f/2.8L Macro IS USM. This is such a fun lens for me, as it gives me a chance to change things up and search for unique angles like a reflection from a droplet or a unique texture I may miss with other lenses.

RF 24-105mm f/4 IS USM. Like the EF 24-70mm it matches my style of shooting and the control ring that I can customize is a really clever function.

RF 50mm f1.2L USM. This lens is incredibly ideal for portraiture and as I start to adapt my kit to the mirrorless range I’m excited to see the new lenses combining the best of Canon technology.

Check out our full range of lenses and cameras.

Watch all three short films created by Krystle on our YouTube channel.