The evolution of image consumption is one of the most remarkable changes in photography. From being a medium reserved for the elite and the glamorous, to now, a screen, a thumb, and a double tap for appreciation.

But in this content rich ecosystem with 24/7 demand for images, it’s only fitting our five Women in Surf discuss the role social media has played in helping – and hindering – their careers.

While having a network of fans at your fingers tips is unprecedented engagement and influence for athletes, Brooke identifies it’s not just the athlete who’s liberated in this new environment. 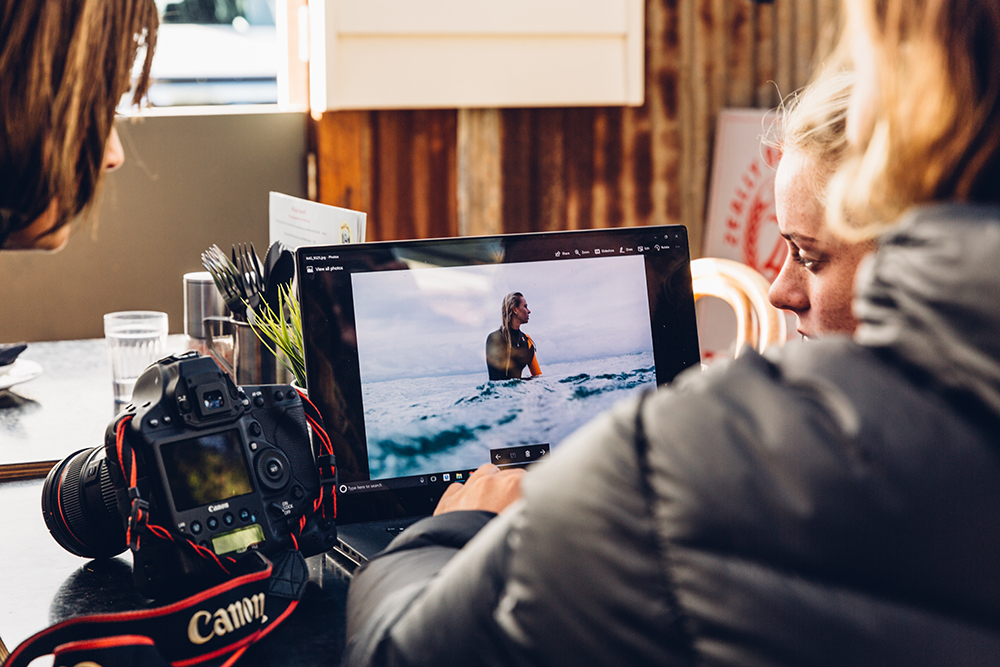 Macy Callaghan reviewing an image of herself in the surf

But Brooke remains adamant it’s not the only deciding factor.

“We sponsor athletes on how they perform, the person they are, and as long as their social channels are a reflection of them as a person then it’s always going to feel natural and connected to the sponsor.” 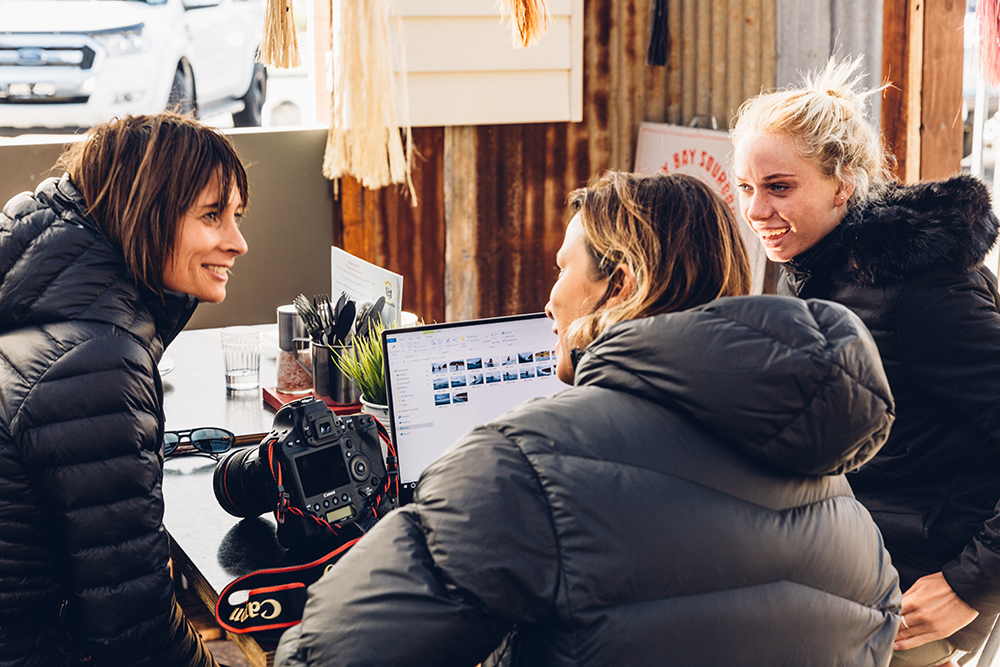 For Sally, managing the output of content is no different to managing her body for competition or training. It’s a facet of the professional athlete world which needs time, care, consideration and endless improvement.

“It’s so emotive and powerful to create one image,” she says, “but it’s hard to continually replicate it and keep up with the speed and demand. Sometimes it’s gone in three seconds, even though it takes days to create.”

“I feel like I sometimes struggle to keep posting things that my sponsors want to see,” adds Macy. “I’m a surfer, I just want to go surfing, I just want to be myself… I still love Instagram so it works both ways.” 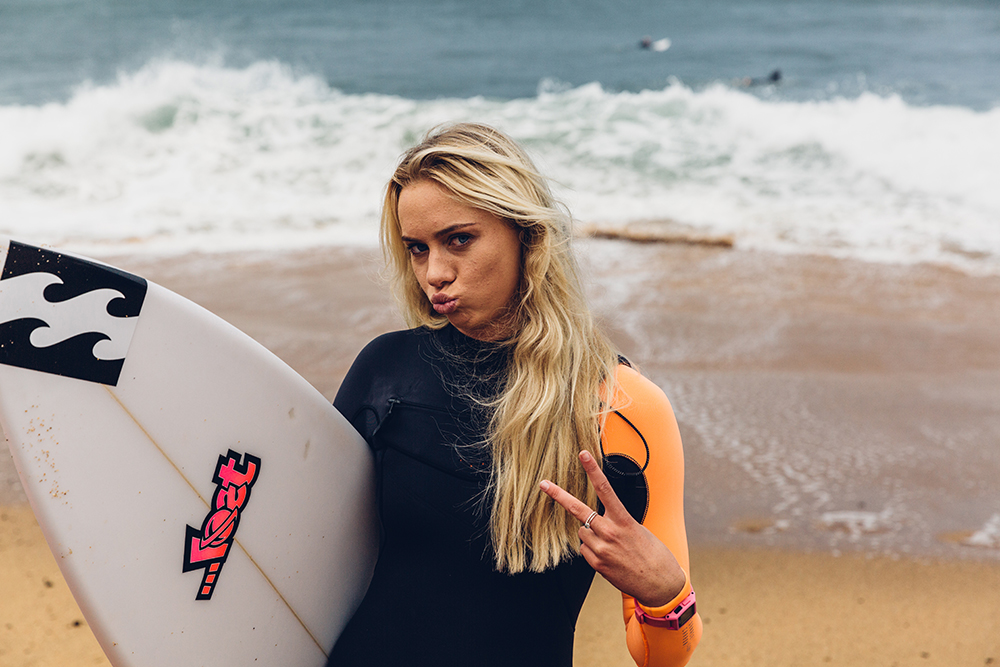 For all the great things social media has done for being connected, with so much attention unfortunately comes scrutiny. Sally, Brooke, Belinda and Fran have had social media grow into their lives. For Macy, she’s never known life without a news feed and what does that do the development of one’s image?

“Recently after I’ve had a couple of good results and I’ve been putting myself out onto social media, and you get weird guys and there’s some hurtful things that can be put out there on social media.”

“I know there’s the good people there, my sponsors, my family, my friends and those other people aren’t a part of my life. I’m just here doing what I’m doing and I love it, and I’m going to keep doing it.” 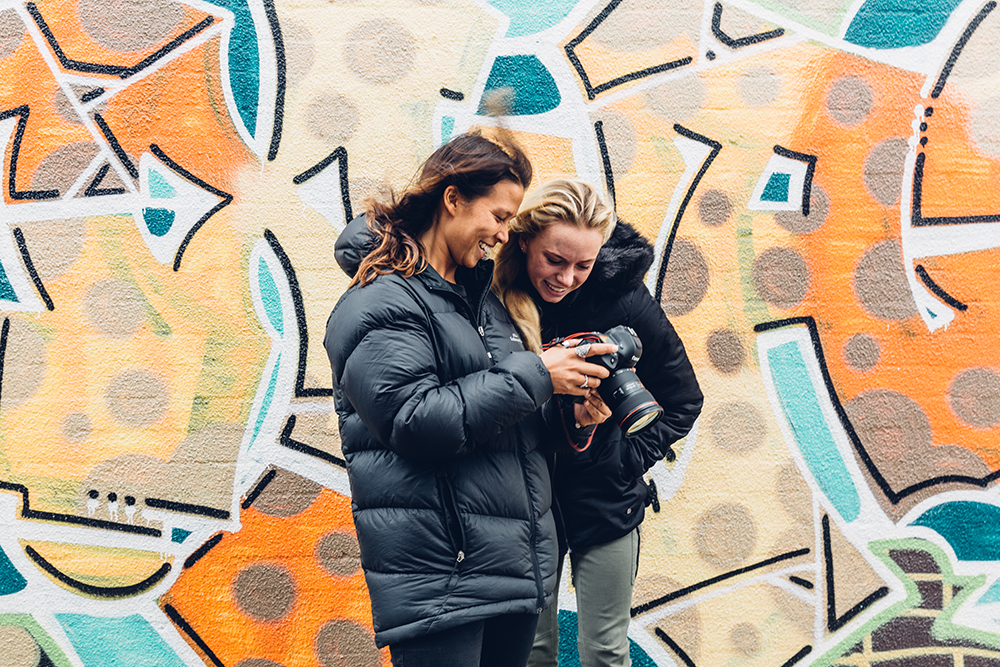 Through wiser eyes, social media need be nothing more than an extension of yourself. “Throughout my Instagram, I always prefer to talk to people as myself, and not through the eyes of my sponsor or what I think they would want to hear,” says Belinda.

“There’s definitely an expectation of what the fan wants to seem, but that doesn’t mean you have to give it to them,” says Brooke.

Not everyone is going to like you in the world. You’re not going to be everyone’s cup of tea,” says Sally. “I feel like it’s your voice and no one can really talk like you. Even the way they might edit the photo, I like the whole process and it’s a proud feeling to put out a moment that’s mine.” ­­­

Watch the final film in our series - where we discuss what's next for the sport. 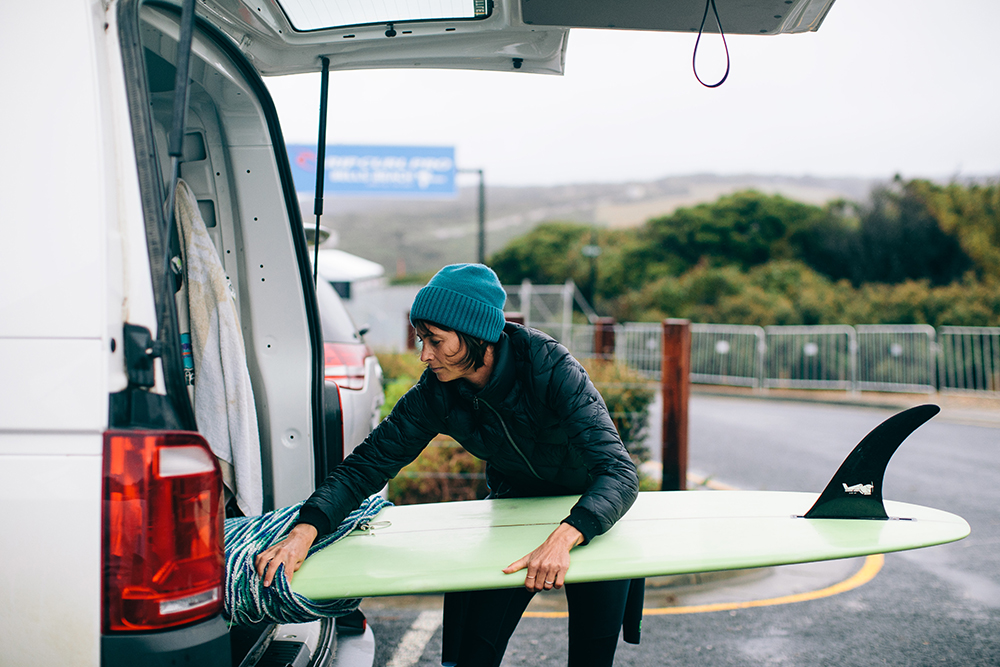