Cait Miers’ life and work is centred around the ocean. Originally from the Mornington Peninsula in Victoria, Cait has since migrated north to the Byron Shire where she currently resides and has established herself as one of the premier female shooters in beach culture. Travel plays an integral part in her work and lifestyle, and documenting the intricate details of life on the road is one of her passions.

Cait’s time in Japan was loosely based around a familiar subject: surfing. Only this time it was far removed from the well-trodden surf destinations.

Shikoku is a world away from the densely populated metropolitan beaches that you generally think about when someone mentions “surfing” and “Japan” in a sentence.

The scenery is lush, the waves world-class, and local surfer Kaori introduced Caitlin to the slower pace of the area.

Cait was charged with capturing the beauty of wooden surfboards, hand-crafted by master-shaper Tanaka. “They have a really simple way of life down there,” Cait says. “They've got the ocean and they don't really need a whole lot more. They might have a craft or a specific thing that they do but most of them surf and that's what keeps them happy.” When it came time to shoot, Cait got straight to the task of getting the best out of the camera. “I just went for it,” she says, “and within the first hour or two I felt really comfortable with the camera.”

"The Canon EOS R is a lot more intuitive. Once you've shot with it for a little bit it's like it knows what you're looking for. It's almost like the camera talks to you." 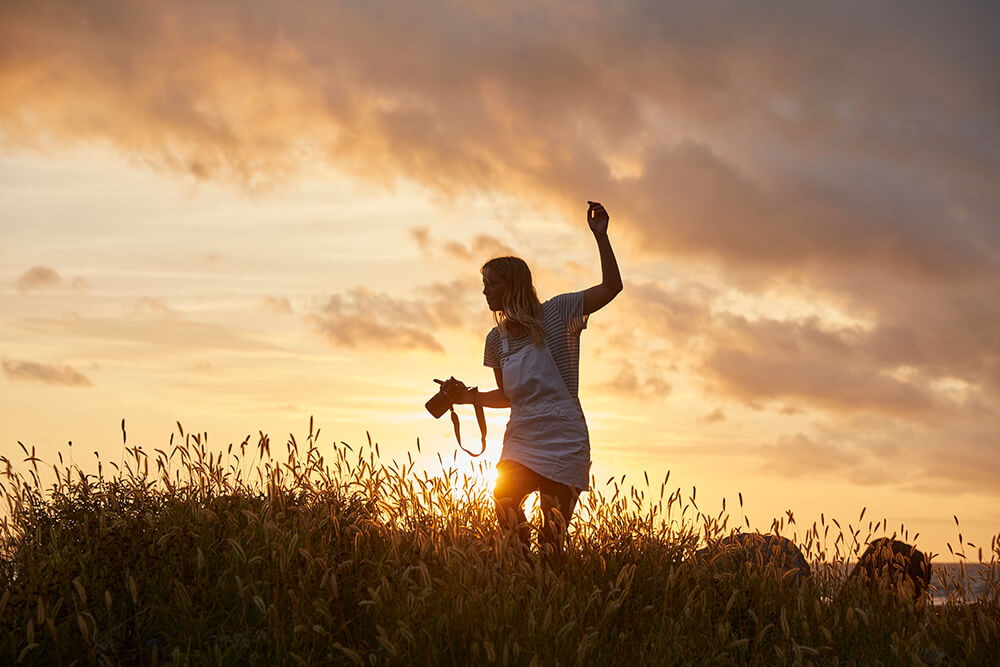 In terms of the overall performance of the camera and what surprised her most, Cait says it was able to capture detail with the smallest available light, even before sunrise.

“Japan is one of the first places in the world where the sun rises, and Kaori and I were shooting lifestyle when there was barely any light… Shooting surfing, your subjects move quite a lot, so the low-light auto focus was a feature that I really liked. It followed them without me having to do much… and you could touch the back screen with your thumb to change focus points.”

"I think the camera will change the way that I shoot because it's a lot more adaptive. You can change the controls quickly; it's quite customized. It’s going to be great for travelling because it’s smaller and more compact, and I’d use it as my main camera." 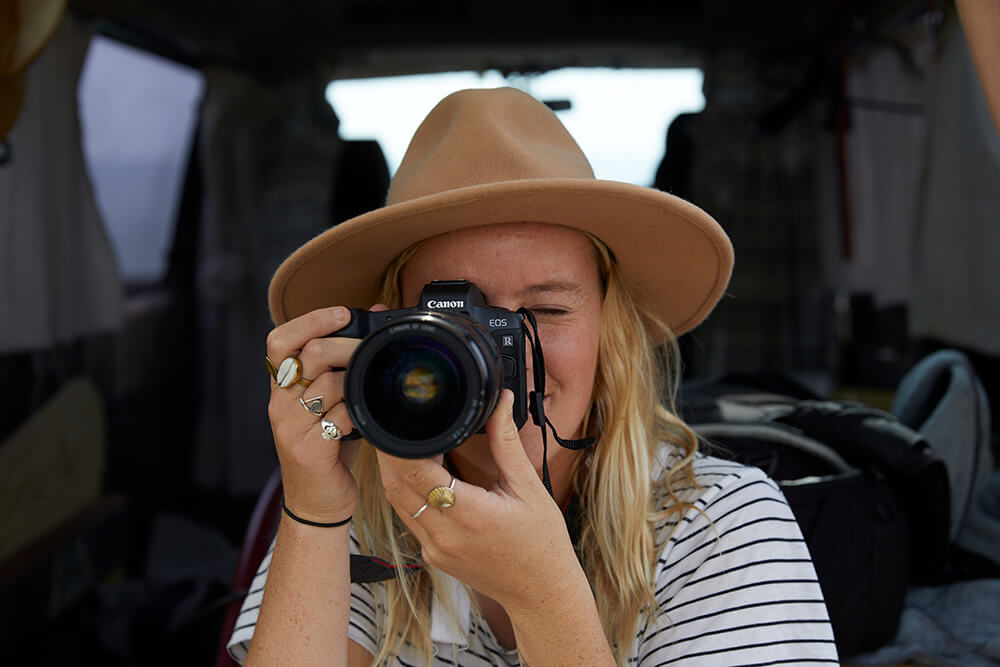