Women in Surf: Images of Change

In episode three, Images of Change looks back at the polarising characters of the sport and the ripple effect they’ve had on women in surf today with Sally Fitzgibbons, Macy Callaghan, Belinda Baggs, Brooke Farris and Fran Miller.

Images are the primary currency of how we understand the world. For women’s surfing, who and how they were photographed weren’t just beautiful images. They represented a new wave of feminism to hit the sport. Women finally weren’t meant to surf like anything but themselves. And the by-product was careers like the five here.

Some women surfed with a sense of grace never before seen in the sport. Others were Hollywood blockbusters that didn’t immediately change the line-up, but in retrospect, inspired a generation of girls to chase exactly what they wanted, no matter who was in the way.

Rell Sunn was a Hawaiian queen of the ocean who dominated the scene in the 70’s and 80’s. She brought a sense of femininity rarely before seen. “Rell Sun was one of the greatest water-women of all time. She surfed everything she rode with an amazing style,” says Belinda.

Wendy Botha was courageous, out-spoken and polarising after staring on the cover of Playboy, which was the first Australian edition to ever sell out. But often forgotten, Wendy also won four world titles. She escaped Apartheid South Africa and emerged as a dominant force on tour in the late 80’s and early 90’s, and penned sponsorship deals with Suzuki, Cheetah swimwear, MBF and others to carry surfing into the mainstream.

“Wendy Botha optimised the commercialisation of women’s surfing,” says Brooke. “She had the sponsors with Cheetah swimwear, the covers with Playboy and she certainly got attention for women’s surfing.”

“I think these days the girls are promoting themselves in little bikinis, and I have friends who struggle with self-image and it’s hard for them,” says Macy. “At that time though, it was cool, it was a breakout. Instead of just being an athlete, you can also be hot, and she showed that to the world.”

No one has done more for women’s surfing than Layne Beachley. And the result is a generation of empowered athletes like Sally, Steph Gilmore, Tyler Wright and more. Sure, there’s Layne’s seven world titles. But she’s been able to take her nous for competition successfully into the business and philanthropic world. No one understand better than Brooke, who worked for Layne for six years as she built her empire.

“When Layne left her sponsor at Billabong that was a real turning point for her in that she then did own her own brand, without knowing it – she really did. Anything she put out to the world was her choice, a reflection of her, and certainly too, that raised some questions on how do you keep yourself still prevalent in the media when you don’t have the support of a big industry sponsor behind you.”

"I took a lot of inspiration from Layne,” says Sally. “Looking back at her timeline. I saw the footprint she left on the sport. In a sense, we both stepped off the conveyer belt of what’s supposed to happen and how you’re supposed to play out your career.”

As Macy describes, “KK is hardcore, the gnarliest person I’ve ever met in my life.” Renowned for surfing waves the size of five-story buildings, Keala made it known that women were formidably strong.

“I remember meeting her when I was 13, out at Pipeline. It was just after the event and I paddle out and she was sitting out the very top of the line-up. I was pretty much at the sandbank just hoping I wouldn’t die and she paddled into a bomb, called off all the guys and told them to go where they belong and stuff like that. She was a boss, she was really cool, I liked it. She was strong!”

“Blue Crush, the best movie of all time. I watched it on repeat for three weeks straight,” says Macy.

Perhaps more underrated in influence than ever realised, Blue Crush is the story of three young female surfers who tackle the world’s deadliest wave, Pipeline, to stake their claim on the line-up.

“There were definitely some cringe-worthy moments in it,” says Brooke. “But I guess now, as we look back at female empowerment movies, it kind of was ahead of its time and put these girls out at Pipeline and said, ‘This is normal, this a young girl going for her dreams.’”

Our next film discusses the growing expectation of being a content producer as well as an elite athlete. 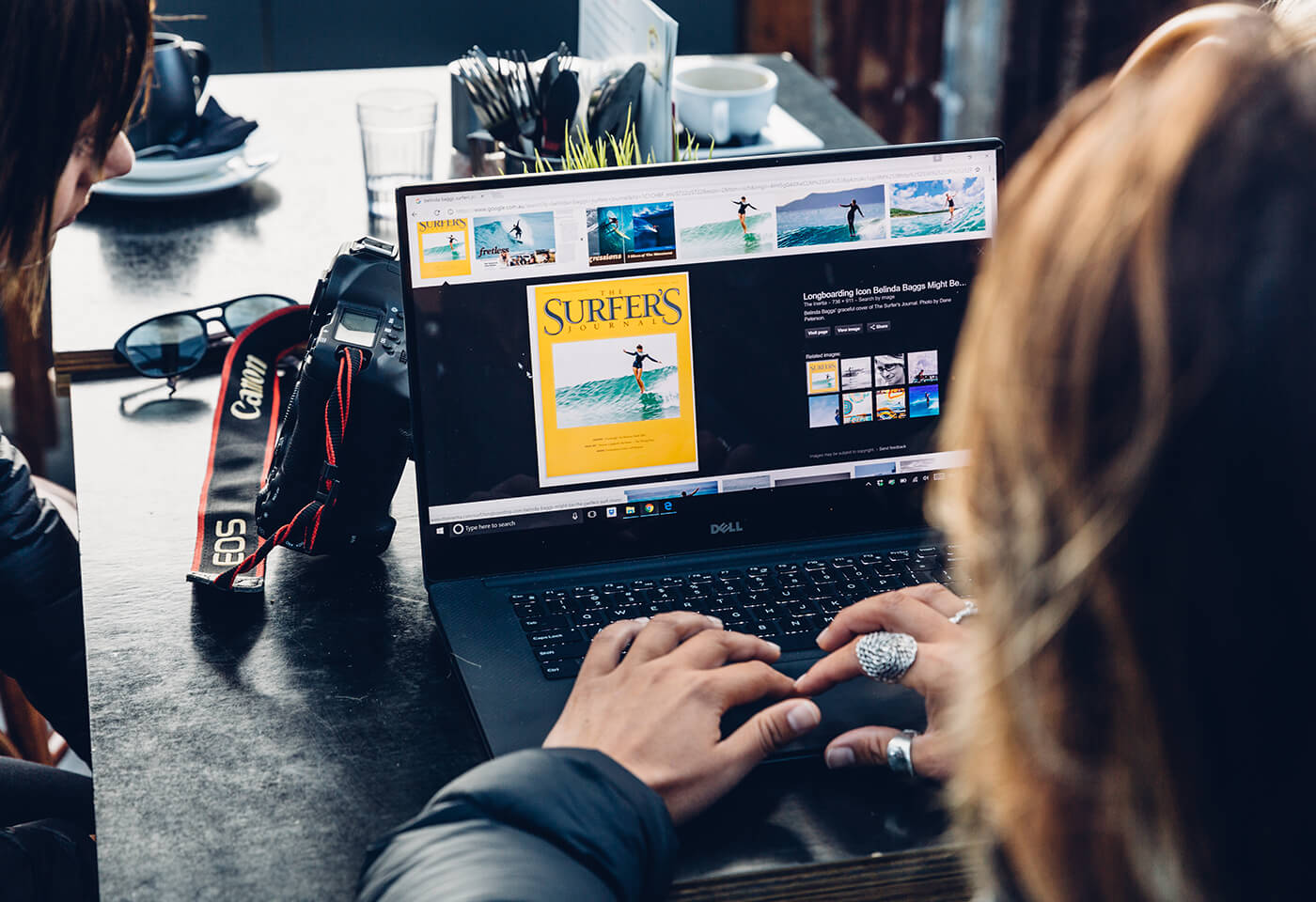 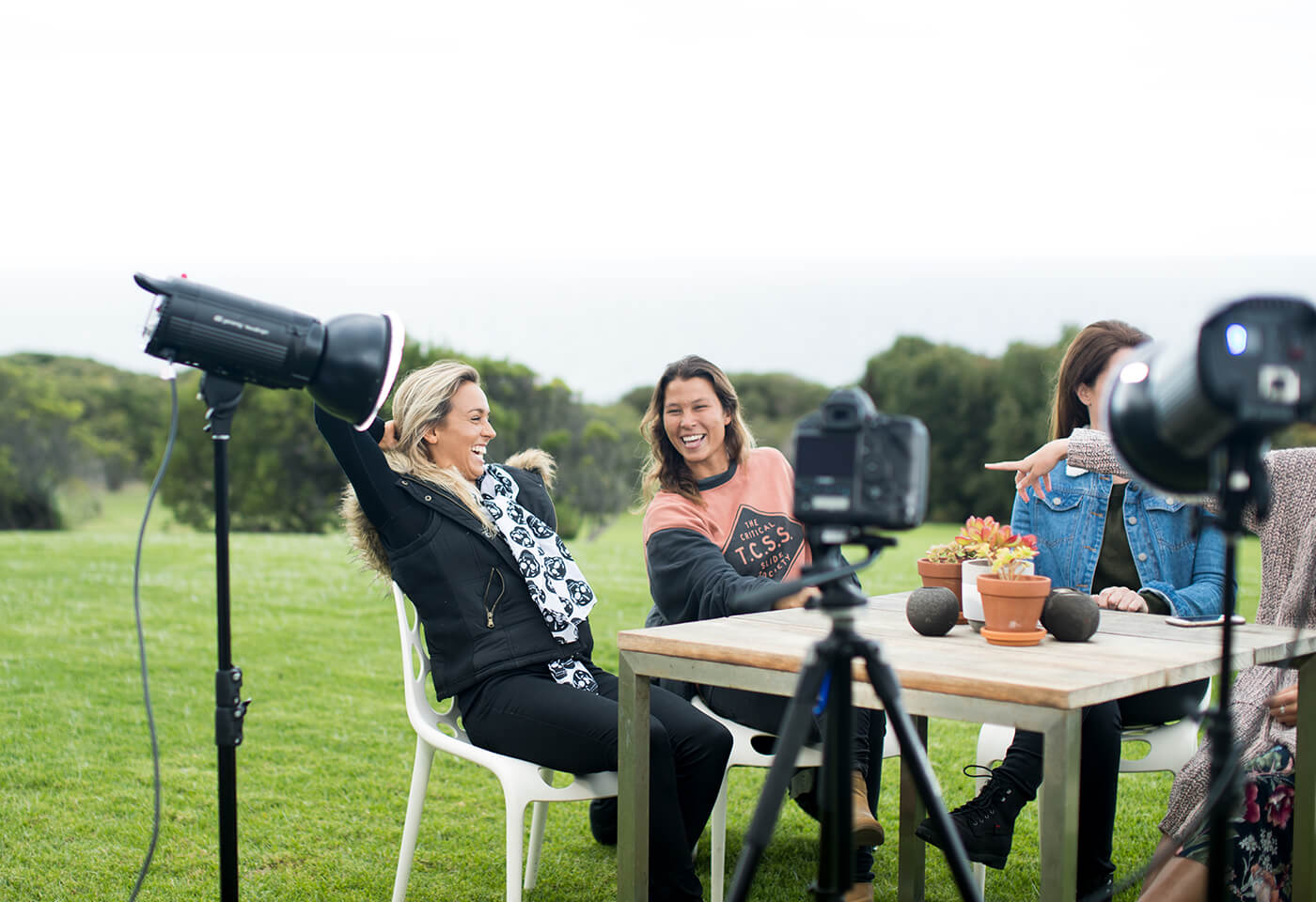