July 20, 2019 marks the 50th anniversary of the Apollo 11 moon landing, so we invited award-winning astrophotographer Phil Hart to share his tips on shooting the night sky.

“Even after doing this for 20 years, it's always a surprise for me. You never know exactly what it's going to look like.” 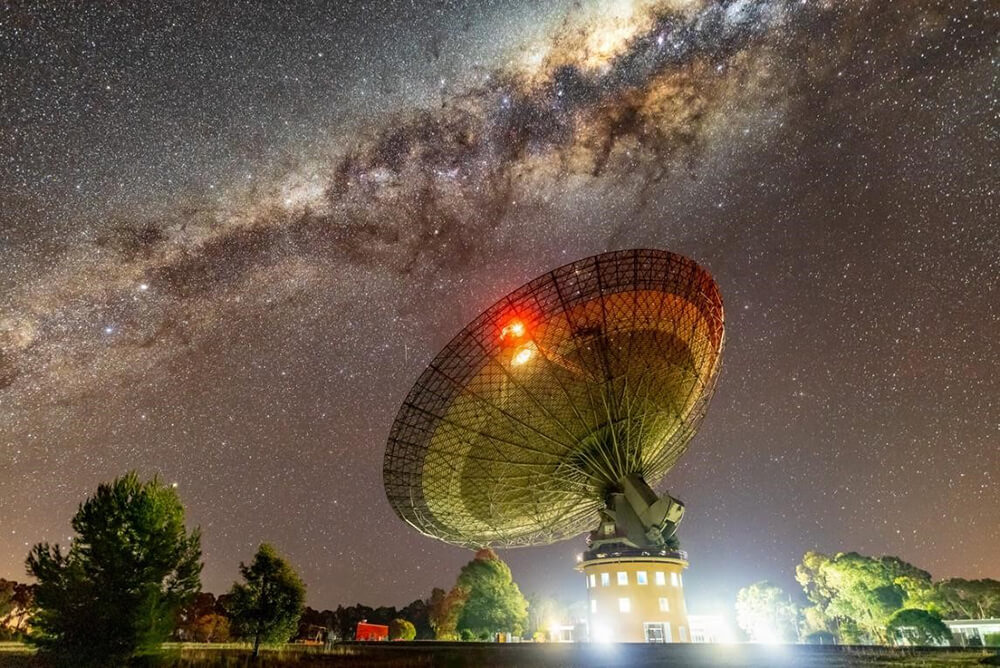 Full-frame mirrorless cameras, such as the EOS R and EOS RP, and DSLR cameras like the EOS 7D Mark II or EOS 1D X Mark II offer impressive low-light performance that makes them ideal for astrophotography. Cameras that feature articulating screens also make it quicker and easier to adjust settings and review images while your camera is pointing up at the sky. However, most modern cameras are powerful enough to photograph the stars – some of my favourite images were taken with entry level DSLRs. Some Canon compact cameras even have a Star Mode that makes it even simpler.

Wide-angle lenses are perfect for night sky photography as they offer an expansive view of the sky and reduce the effect of star-trailing as the Earth turns. Lenses such as the EF 11-24mm f/4L are great for full-frame cameras, while lenses like the EF-S 10-18mm f/4.5 are perfect for shooting astrophotography on cropped sensor cameras. Prime lenses with low aperture values like f/1.8 or f/2.8 also work well because they allow more light into your camera.

Any sturdy tripod will work, although tripods with ball-heads are typically the best for astrophotography. Not only are they quicker and easier to set up, but they also offer a greater range of motion and allow you to point your camera to any part of the sky.

How to Photograph Star Trails

You can shoot star trails, where the stars appear to swirl in the sky, by using a single long exposure in Bulb mode. A good starting point for shooting star trails is with an exposure of around 15-minutes, an aperture of f/4 and an ISO of 200. You can also use Bulb mode with a shutter release timer cable to shoot .

How to Focus Your Camera on Stars at Night

Learning how to achieve sharp focus of the stars at night can be the most challenging skill to learn when it comes to astrophotography. Be sure to use Manual focussing and Liveview for the best results. Simply magnify the stars in the middle of your camera’s rear screen and adjust your focus accordingly. Alternatively, if there is a bright light visible on the horizon, or the Moon is up, you can autofocus on them. If you are using a wide lens, you can also place a bright torch some 20+ metres away and autofocus on that instead. 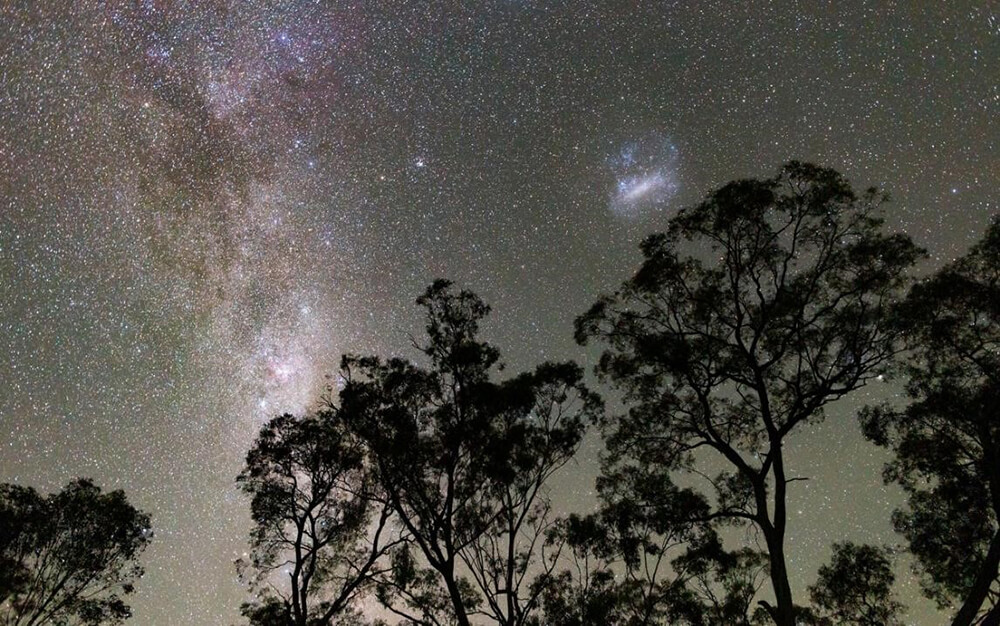 Shutter Speed: Use a shutter speed of 30-seconds (30”). Be sure to look for the “symbol on the display as it’s easy to accidentally set a short 1/30th second exposure.
Aperture: Select your lens’s widest possible aperture (e.g. f/1.8 or f/2.8).
ISO: Use an ISO of 3200 or 6400 (higher if you have a slower lens)
Image Quality: Always shoot RAW for the capture the most detail possible.
White Balance: Select Daylight White Balance.
Long Exposure Noise Reduction: Turn off noise reduction in the ‘Shooting Menu’.
Focus: For astrophotography it’s best to use Manual focussing to achieve the best results. 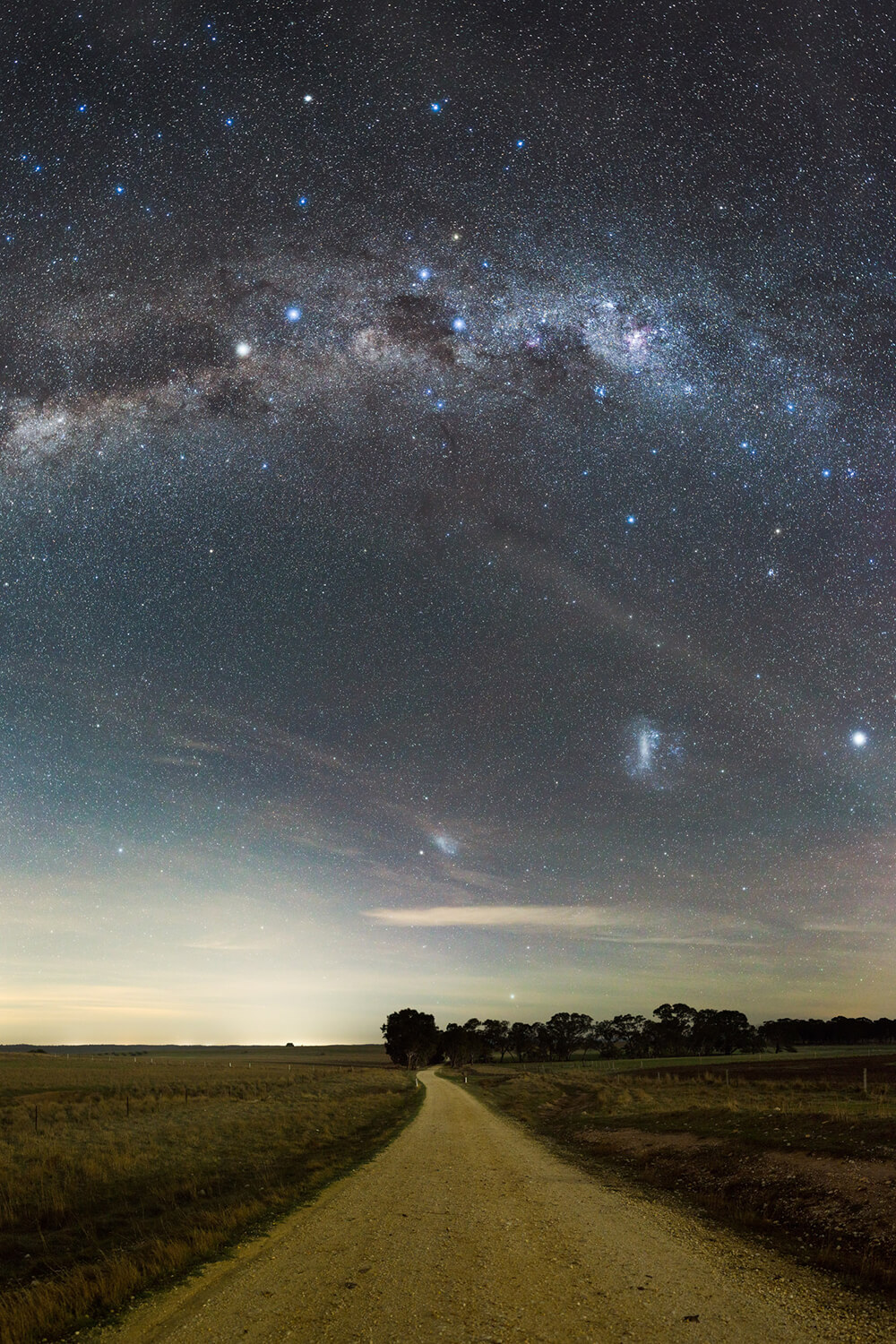 
How to Photograph the Stars 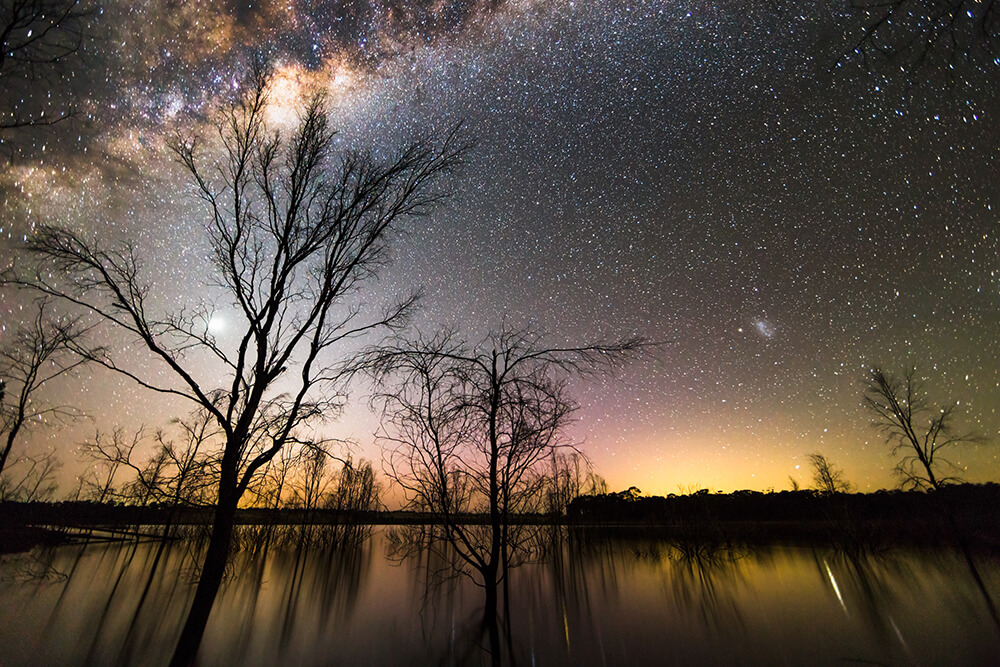