I became the photographer for a Country Music Legend — by accident

Not bad for a bloke—his word—who only picked up a camera three years ago.

“Yeah, I’d never used one before that,” offers McGuinness, his tone easy and unhurried in a way that immediately outs the 42 year-old’s country roots. “It’s been a whirlwind, it’s really come from nowhere and it’s taught me to look at things a lot differently.”

Hailing from Cobar, a mining town a few dusty clicks south of Bourke in central west NSW, McGuinness found photography after a lengthy stint wandering life’s sidelines—a benching that occurred as the result of a severe workplace accident. 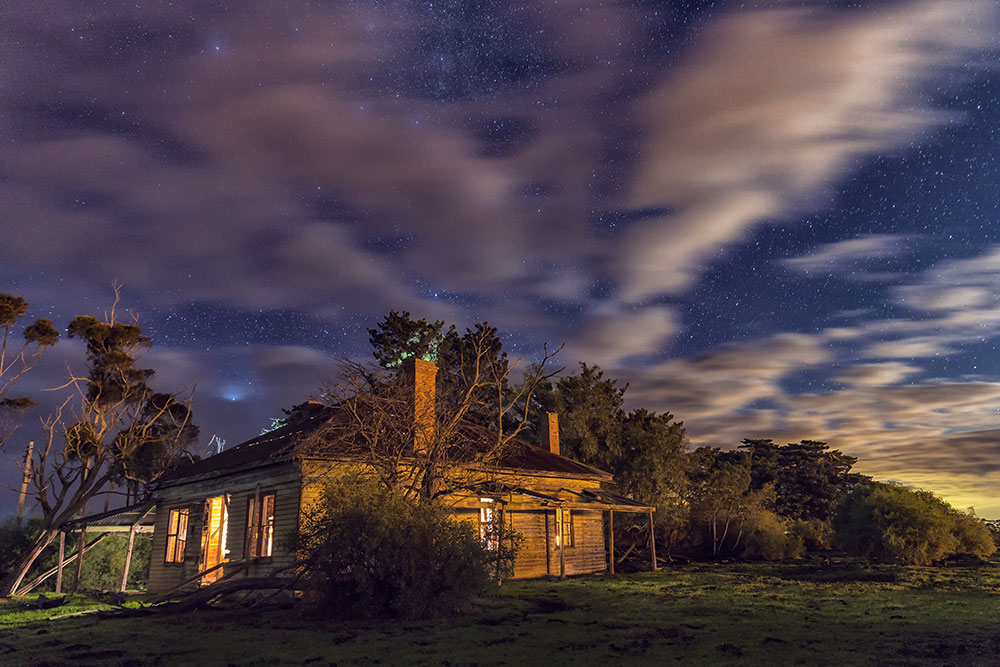 “I followed my old man into building—left school at the end of year ten and did an apprenticeship and all that. And then yeah, one day I’m up a ladder and a roof truss fell on me.”

It meant several operations to try and alleviate the crippling pain of herniated discs and compression fractures to vertebrae. 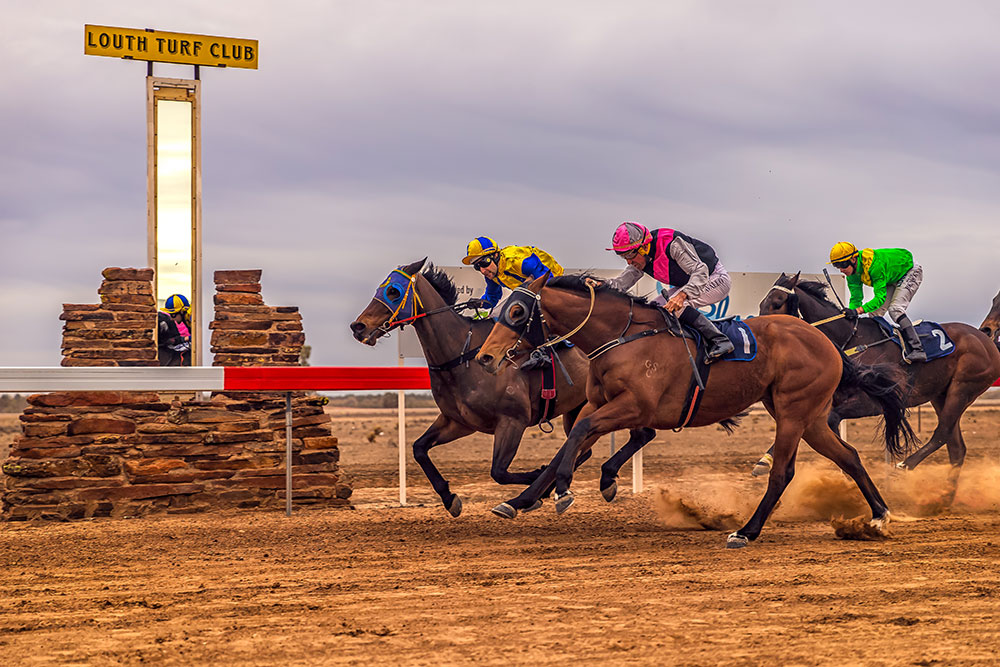 “It was tough, you know. I mean, I didn’t know what was ahead of me at that stage. And with the injury and then the ops I ended up on a lot of painkillers, oxycontin, and basically became dependent on it. I also got divorced at the same time… And I don’t know, after a while you just need something to fill the time, to kill some time and so I started playing about with Photoshop, illustrating things.”

“And then I went and picked up a camera and started taking some photos—that’s how it all started.” 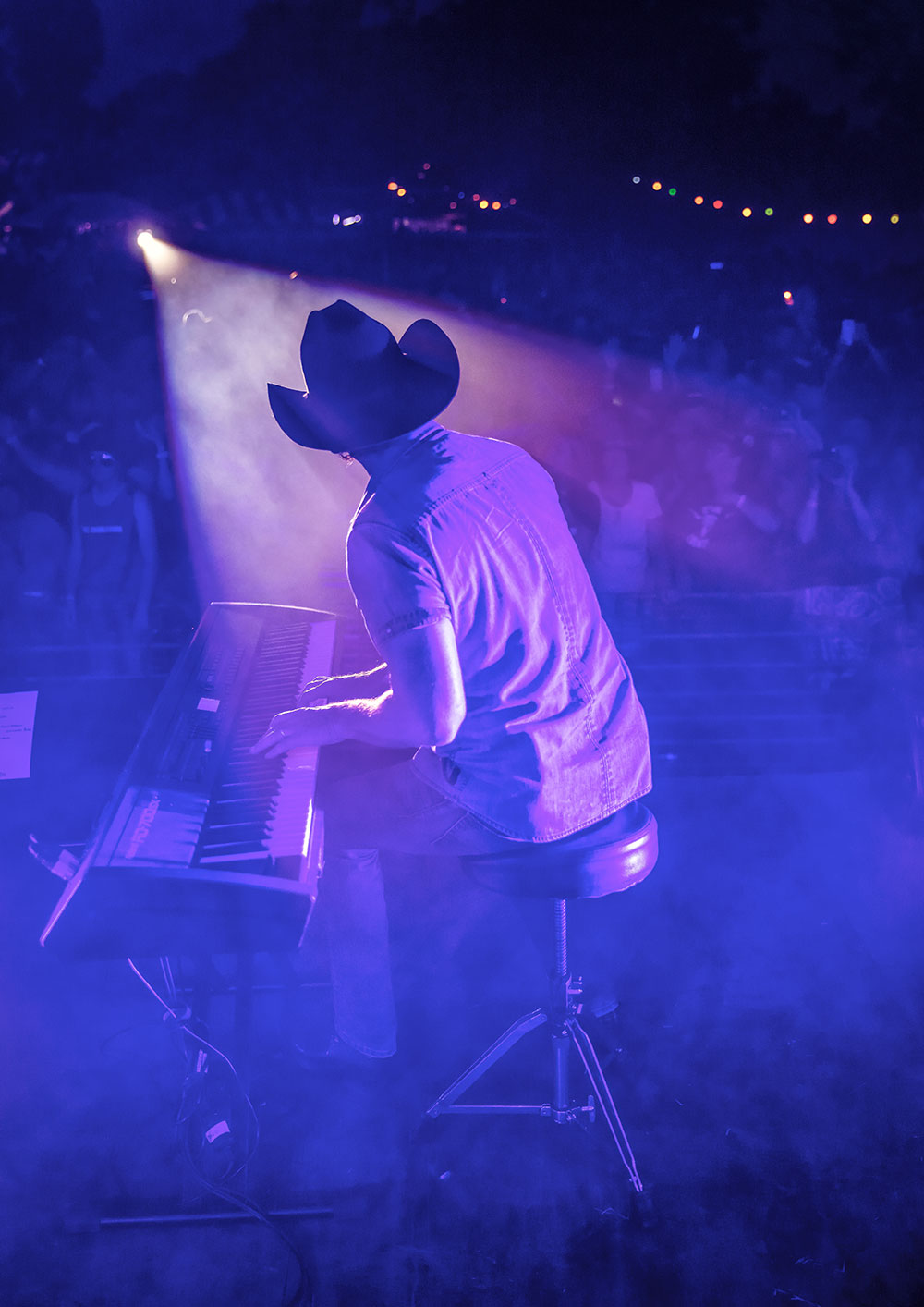 Like most, McGuiness initially recorded his surroundings, the everyday. Out Cobar way that means a generous play of daily light; big sky, clouds and wildlife; the dust, the earth, the mines. He’ll admit that where he’d previously half-arsed a lot of professional projects, photography set in play an immediate want to do things “proper.”

“[Photography] has without a doubt taught me to look at things in new ways.”

“The light, for starters. I came to see it more and more and how things get lit. And I was watching more wildlife too. I’d never been a bird fan but I’ve come to like them because I reckon if you can shoot them in flight then you should be able to do most things. So I now use birds to keep myself sharp.” 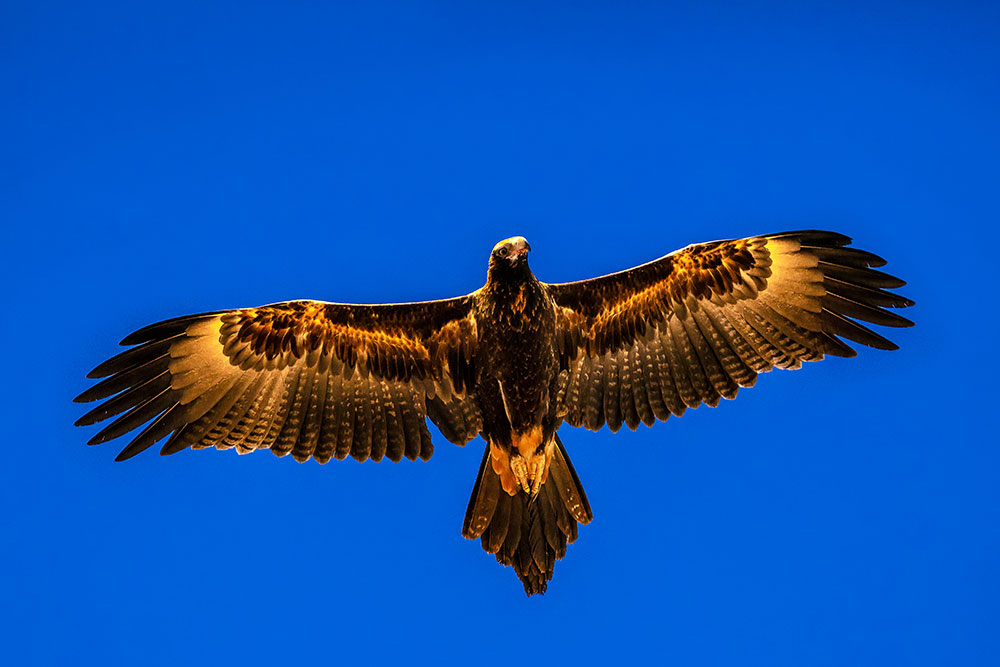 Keen to get things right, to understand the correct against cutting corners, to progress, McGuiness also discovered the Canon Collective.

It began via the Collective’s Facebook page and some gentle, admittedly hesitant initial uploading. And it led, ultimately, to an understanding of the acute power of this unique online community.

“It was positive, you know, and still is. For me, at the start, it was just great to get some feedback on what I was doing. And it was about confidence too—I’m out here away from everything and not knowing the rights and wrongs or what was normal or what was what. And the Collective gave me all of that and more.” 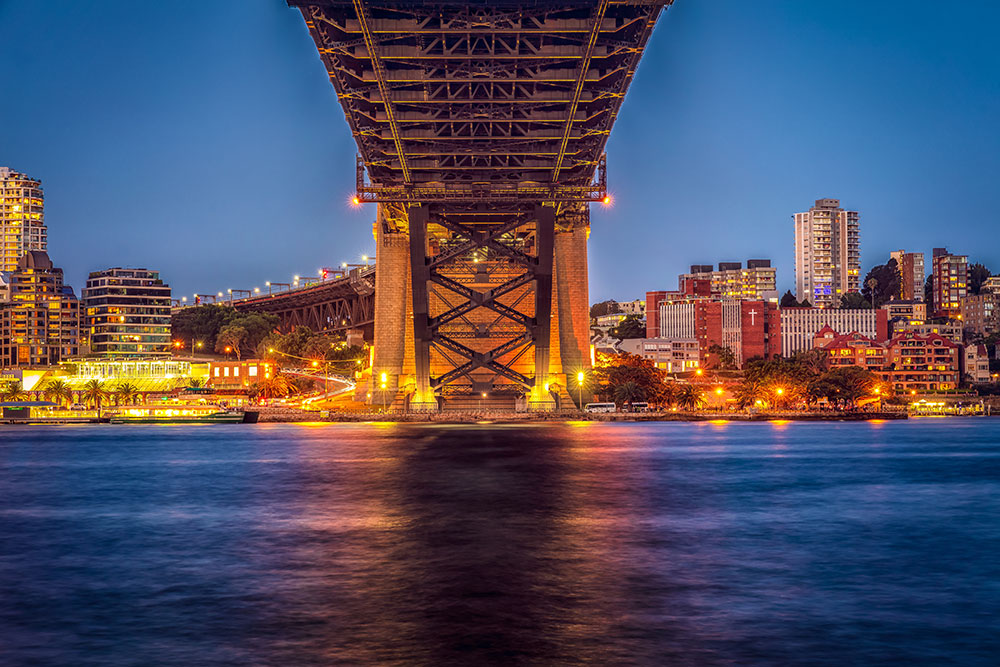 The network led to Canon shortlisting McGuinness’ image of Cobar’s opal cut mine as one of its ‘15 Best Community Images of 2017’.

Cut to now. To here. To this point of the story. McGuinness works fulltime as a local photographer, largely taking portraits between his on-the-road work as a sought-out shooter on the country music circuit. Lee Kernaghan he can claim as both a friend and fan—the acclaimed Australian muso having personally tasked McGuiness to capture some of his more recent appearances. 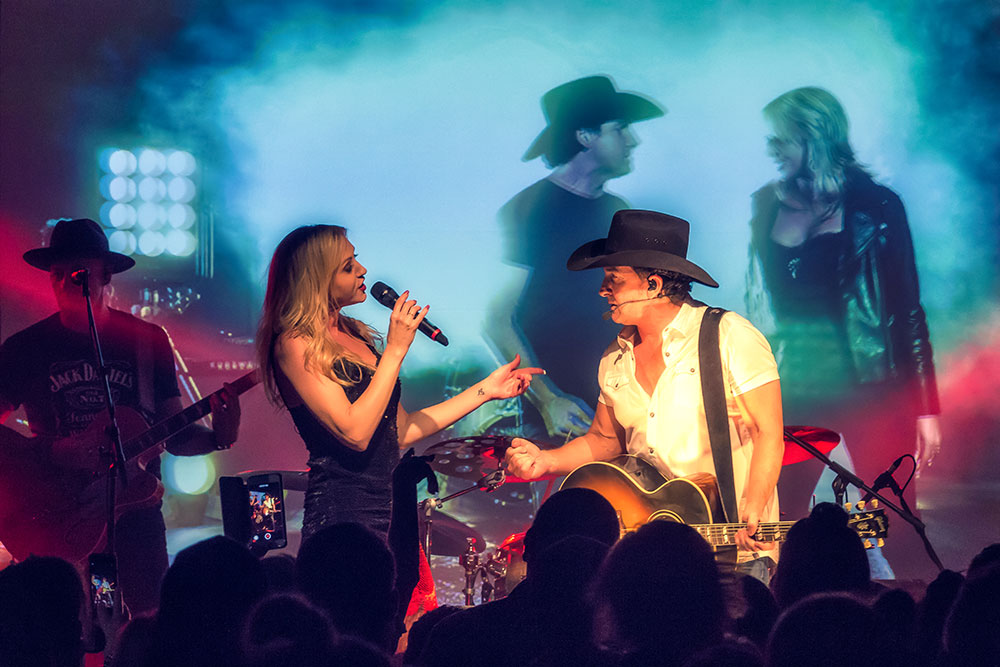 “I’ll be honest, I was never really into county music before. But I like shooting performance. It would be good to have it how you want it with the lighting and that—but then you often get these results you’d never thought of; it is what it is, you’re there and you’re adjusting all the time. And I like the interaction—I like to have the artists interact with the camera because that then goes through to the viewer—they’re like, ‘oh, Lee Kernaghan’s pointing at me.’” 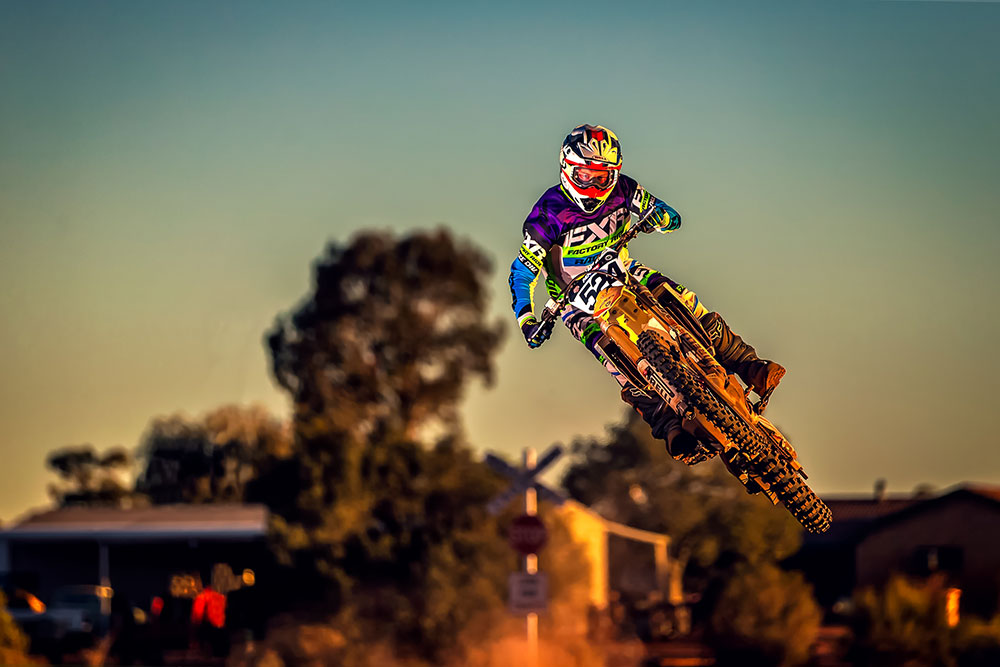 “Well, it’s a great way to learn finer parts of exposure and to control the scene and things like that… But I also love bikes and while I was getting a bit old for ‘em, it’s a way for me to stay around them and still be attached. It gets depressing to just sit back and watch, you know, but this way I’m engaged and in it and part of that moment.

“Look, for me, I just like it when people come up and say, ‘they’re great photos’. Because I’m self-taught, I never knew what I was doing and yet here I am, finally going forwards, not back.” 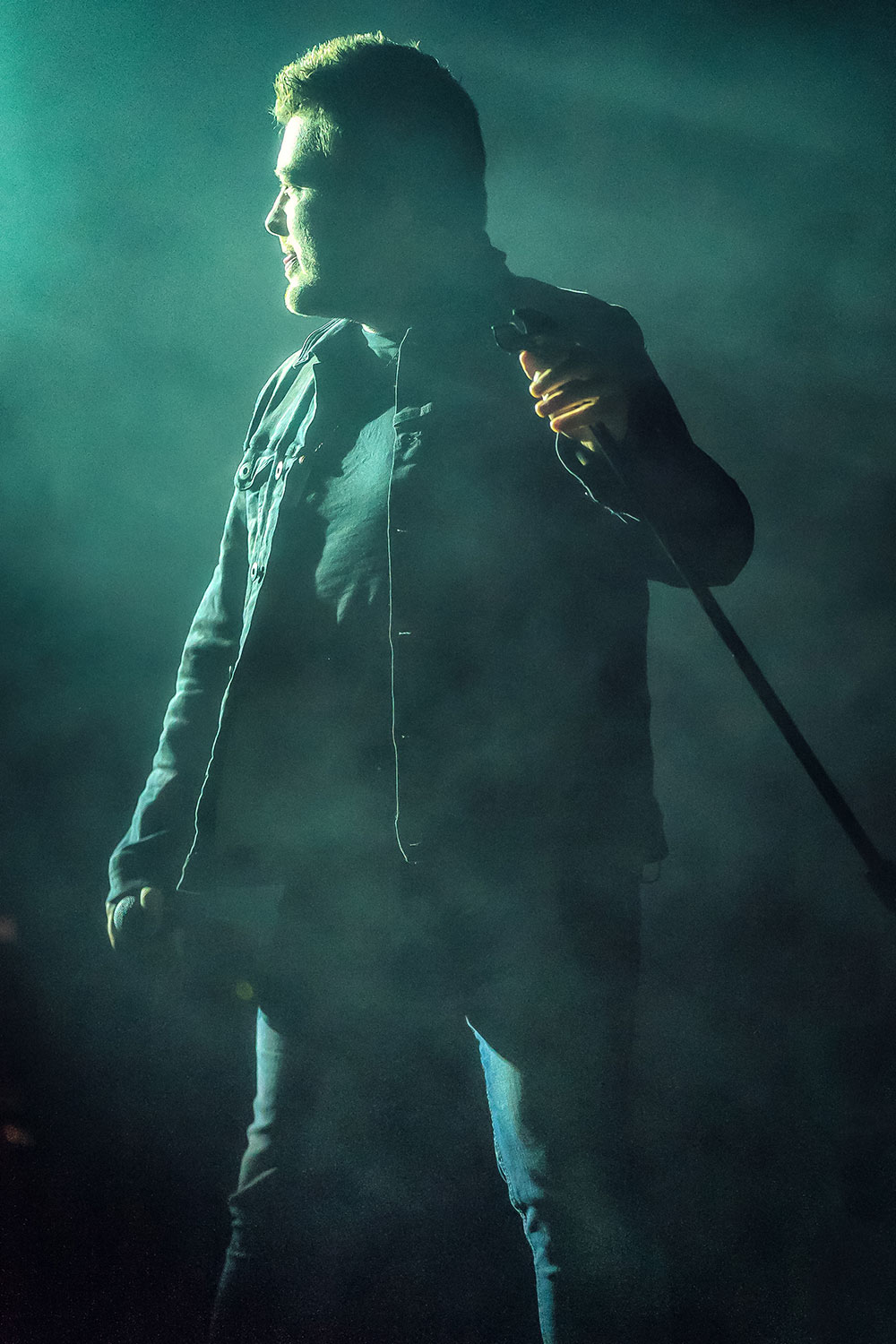 Join the Canon Collective Facebook group to get photography tips that will help improve your photography.